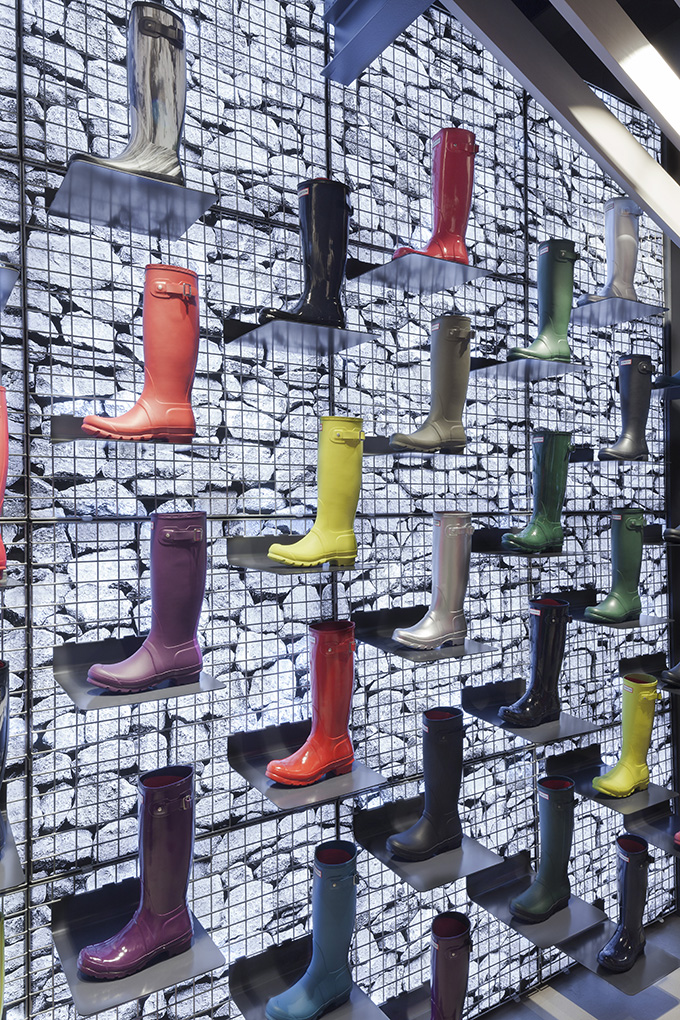 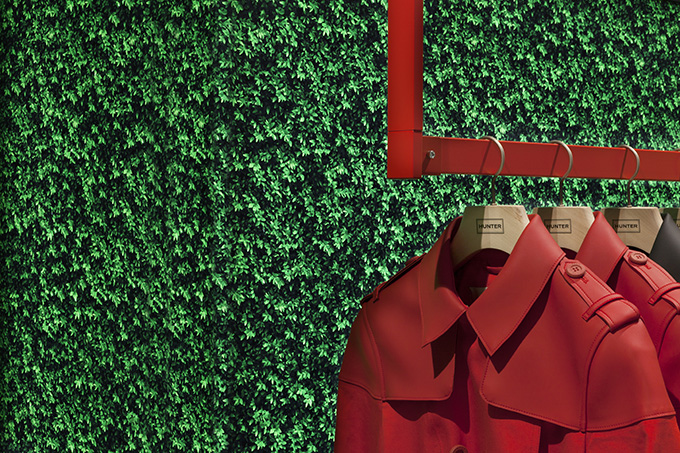 The store design is a funky combo of urban shopping heaven and agricultural themes that echo farm life and barns – all thought up by the design team at Checkland Kindleysides. 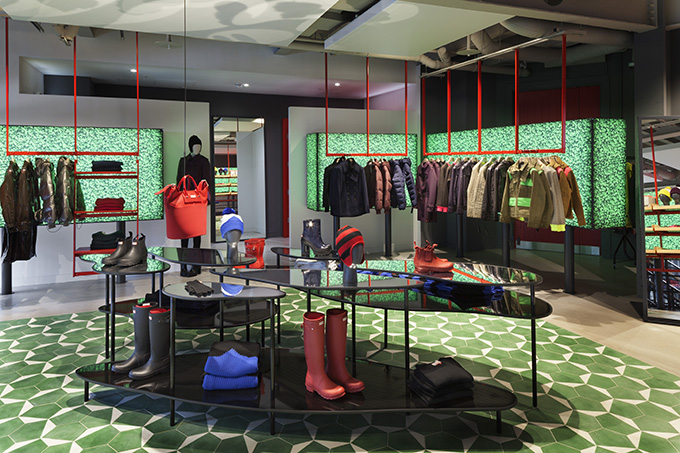 Established in 1856 and known for its dutiful supply of millions of trench boots for the British troops in both World Wars, Hunter has been making a steady move from boots only to a full-fledged clothing brand. 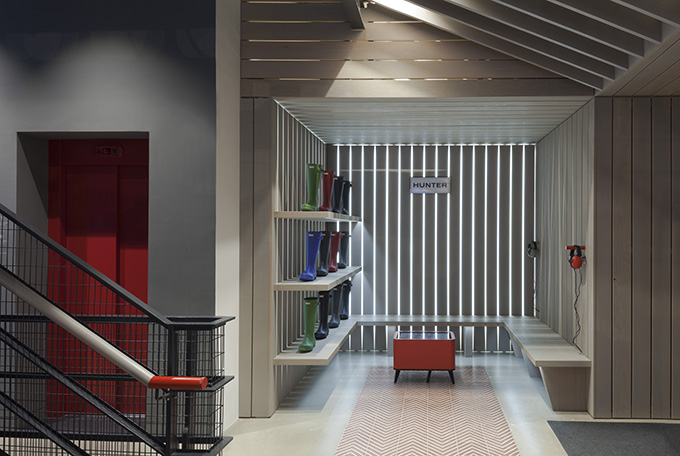 When Hunter hired Alasdhair Willis (aka Mr. Stella McCartney & co-founder of Wallpaper with Tyler Brûlé ) as their design director two years ago, everybody paid attention and started expecting big things. And they have not been disappointed. 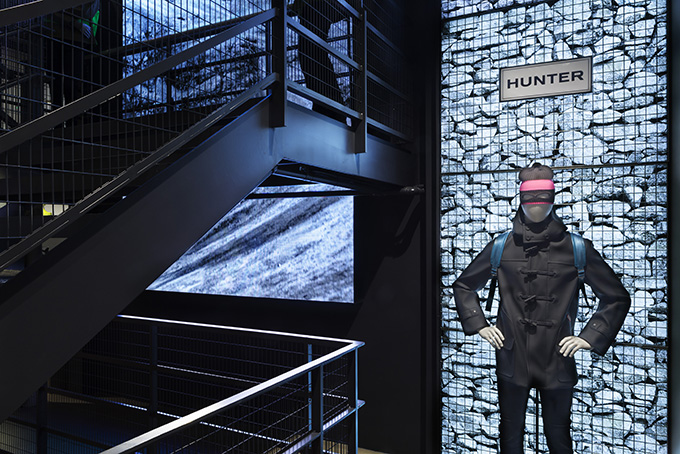 The expanded repertoire and the new flagship are just the beginning, however. Willis is going to launch yet another new line in 2015. Hunter Field will be a more technical outdoor collection, for ‘the guy and girl who wants to look amazing in the wilds of the great outdoors,’ as Willis has been quoted describing it. 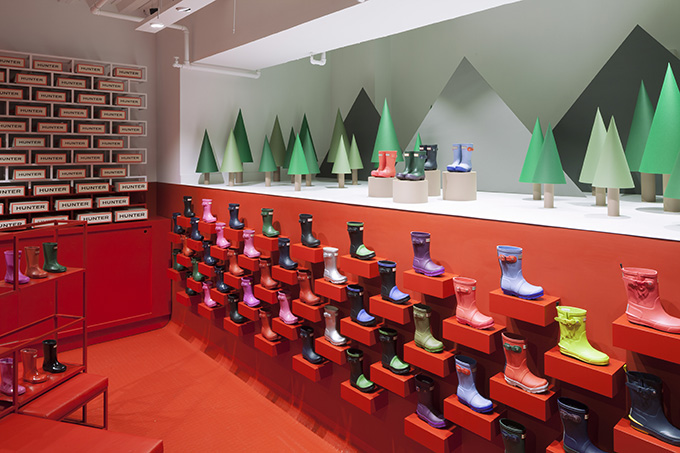 The flagship, with its barnyard ambiance enhanced with a two-storey high LED screen showing fashion shows and campaigns, will not be the only retail expansion either. According to Checkland Kindleysides, it will form the foundation of future retail and shop-in-shop opportunities. – Tuija Seipell. 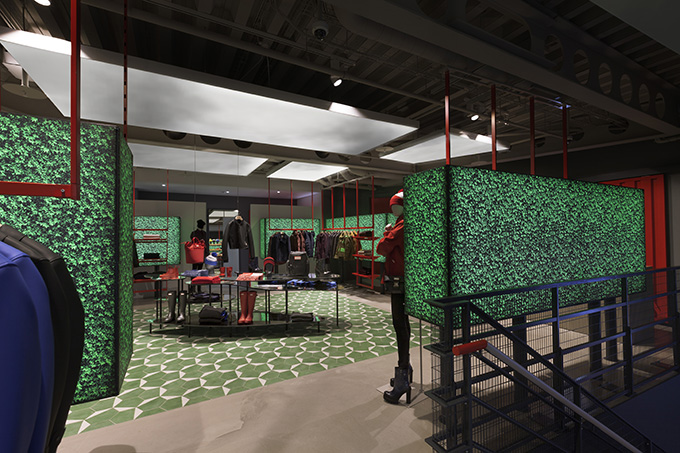