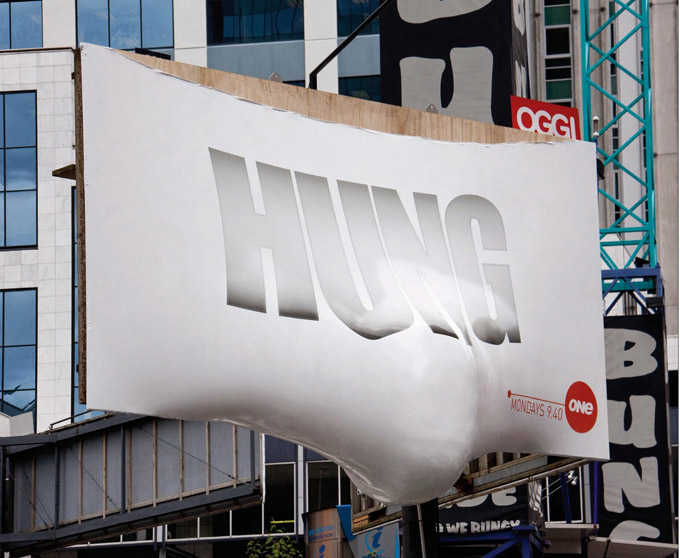 HBO’s show HUNG has now made its New Zealand debut on TVNZ’s Channel One.
Auckland-based ad agency Colenso BBDO was retained to promote the show and to generate some buzz. They have definitely created a buzz with their risqué billboard, recently erected on Victoria Street in central Auckland. Whether you like the billboard or not, and whether it draws you to watch the show or not, you must admit that the old, tried-and-true subjects – well-endowed female and male bodies – never seem to fail to draw attention.
Established in 1969, Colenso BBDO is consistently one of New Zealand’s highest-ranked ad agencies. Campaign Brief has also named Colenso BBDO Agency of the Decade. – Bill Tikos