House of Smarts, Eindhoven, The Netherlands 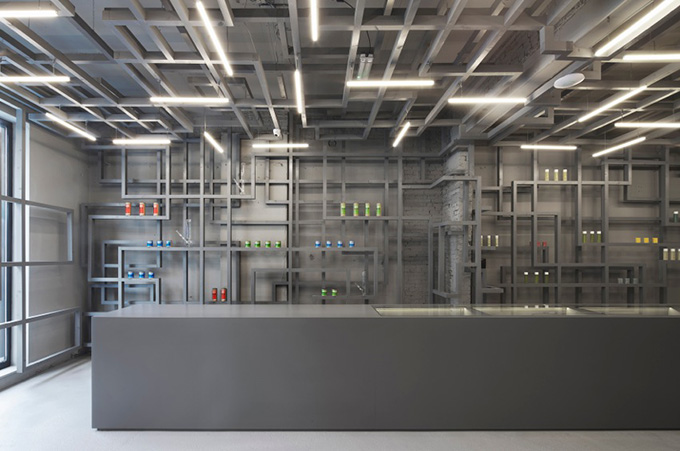 Dutch designer Maurice Mentjens has created the interior for the House of Smarts in Eindhoven, The Netherlands.

It is an exhibition space for showcasing the latest glass work by fellow Dutch designer Arnout Visser. 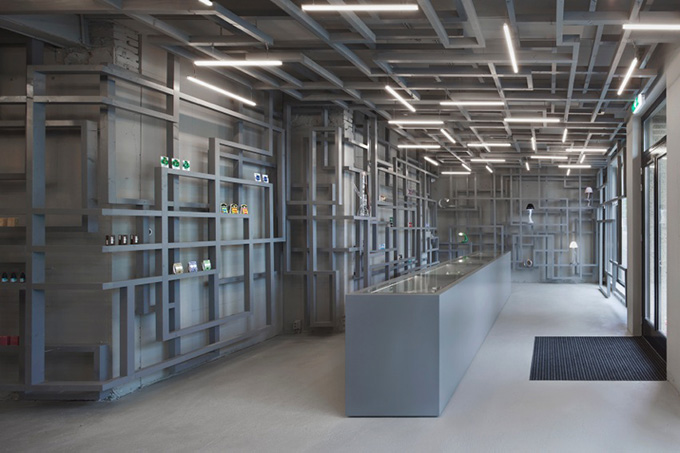 The House of Smarts, opened in late September, is located at Willemstraat 29, directly across the street from the Eindhoven Public Library, also known as de Witte Dame.

The House of Smarts and the exhibit of Visser’s work are also part of this year’s Dutch Design Week taking place in Eindhoven, October 17-25 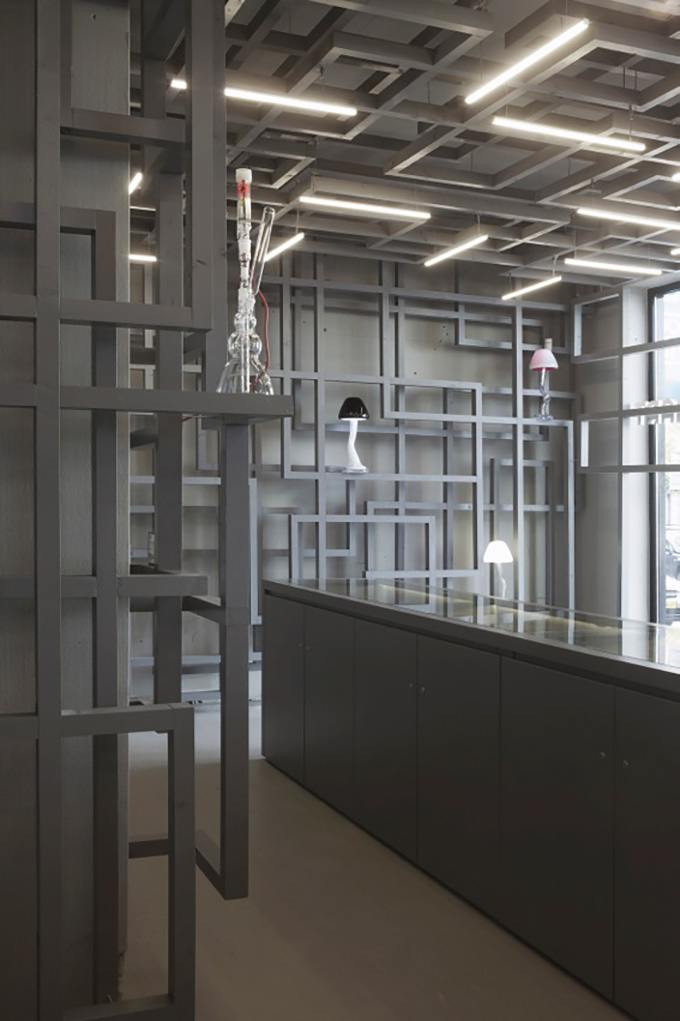 The interior first brings to mind an unfinished building with the pipes for air, water and electricity all exposed. All surfaces, including the ceiling, are covered in a network of grey wooden criss-crossing slats.

The structure was inspired by the interconnectedness of the neural pathways of the brain. The criss-crossing slats evoke the ‘grey matter,’ the cerebral cortex, the part of the brain where all information is processed. 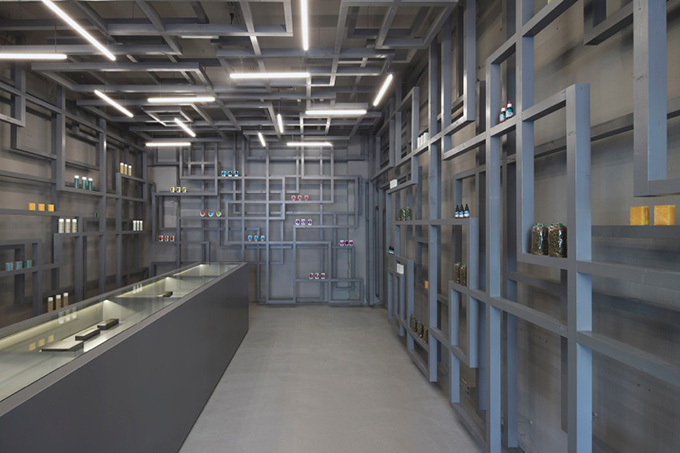 The idea is also to make everything visible, transparent and exposed. The multi-talented, 53-year-old Arnout Visser defines himself as a ‘formfinder with a passion for glass.’ His lamps and tableware are often fluid and free-form, and nearly always transparent. This is one of the reasons why the theme of transparency appealed to him as well in the design of the House of Smarts. 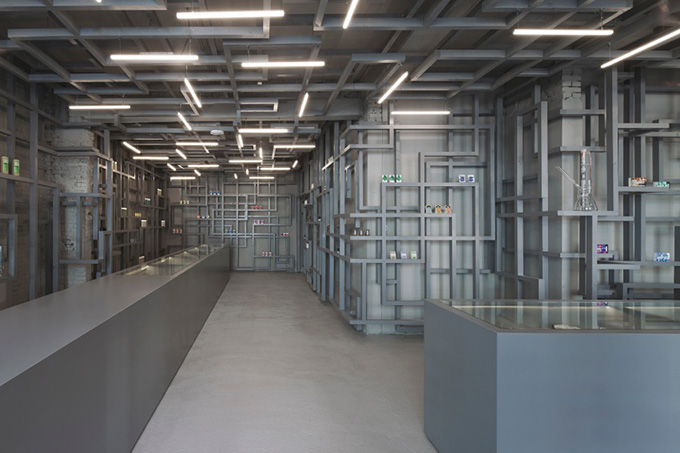 Mentjens describes the design also as a labyrinth or a maze, or an interpretation of complicated printing plates, or computer chips, symbolic of rational thought and artificial intelligence.

Mentjens did not have to look far to find the connection between brains and the location, as Eindhoven is known as the technological centre of the Netherlands. Says Mentjens: ‘In 2011, Eindhoven was declared to be the ‘world’s smartest region’ by the Intelligent Community Forum (ICF). This is in no small measure due to initiatives such as ‘Brainport Region Eindhoven.’ 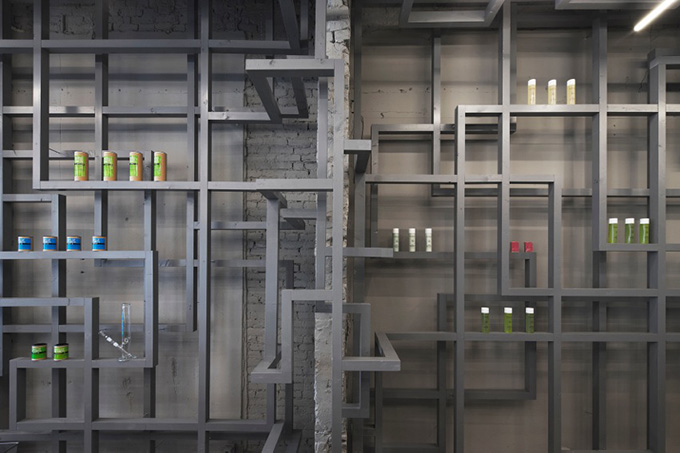 The 51-year-old Maurice Metjens and his team are award-winning designers of retail, hospitality and museum spaces including the park-themed waiting area of Amsterdam Schiphol Airport. – Tuija Seipell.