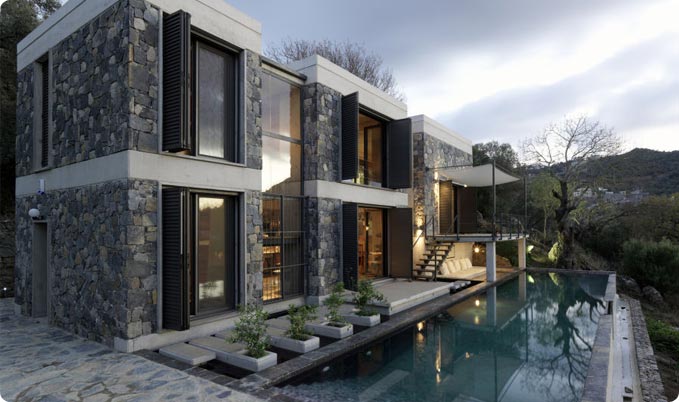 Bodrum in Turkey is home to one of the Seven Wonders of the Ancient World and birthplace to Herodotus. It is also Turkey’s answer to what Cannes is for the south of France. So it’s not the kind of place you want to build a tower block slab bang on the beach.
House ‘͗&’ is a building perfectly in tune with its surroundings but still has an eye on modernising the idea of a country retreat. The ornate mosaic of heavy stone is a familiar building practice in the Mediterranean, but the use of large floor to ceiling windows certainly is not. 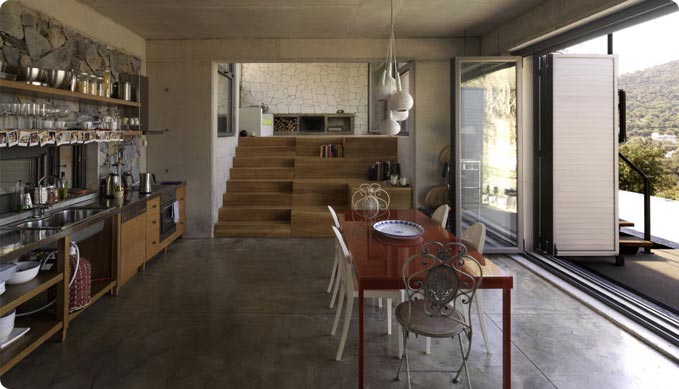 The building comprises three units joined by glass boxes allowing bags of sunlight in, but also allows the structure to cool quicker than houses favouring large swathes of white concrete as a method of regulating temperature. Inside, there are no separating walls in the central living area. Instead, furniture positioning and small partitions create individual spaces within an open whole. A fitting tribute to cultural and architectural traditions of an area steeped in history, but a refreshing approach to a home in the hills that isn’t all bling and dodgy ‘period’ features. By Matt Hussey