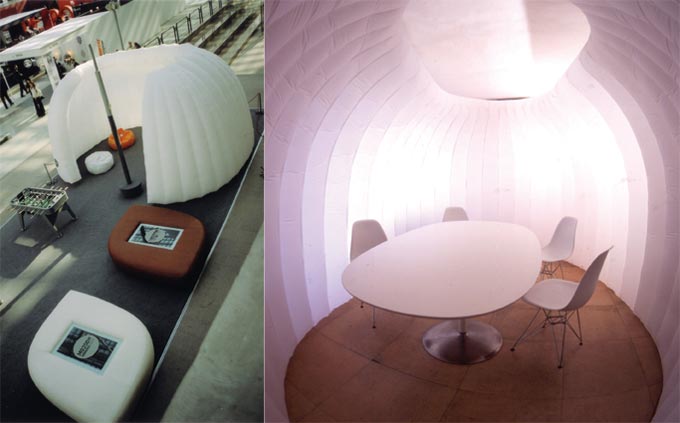 Horizon Media, founded in 1989, is the largest U.S. independent media services company. It is growing fast and needed a new space to accommodate its New York City staff that was scattered within ten blocks in three buildings and on nine floors. 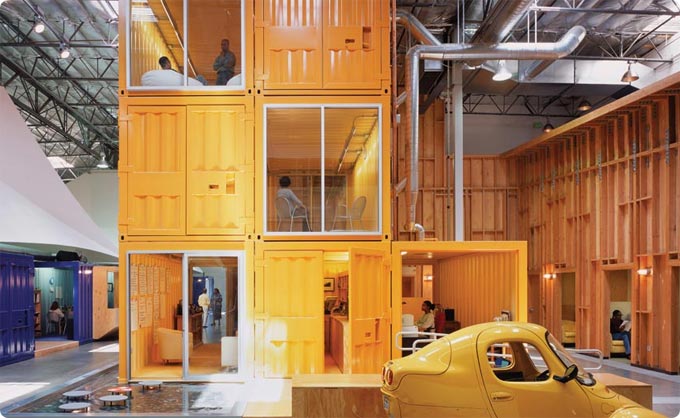 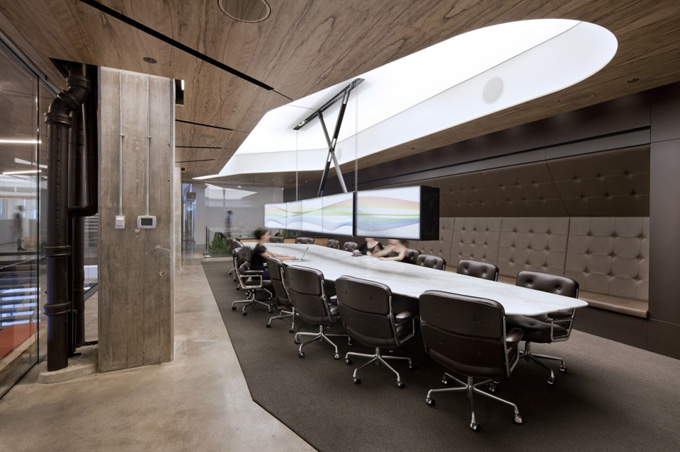 Horizon’s new offices occupy the 14th, 15th and 16th floors at 1 Hudson Square on 75 Varick Street between Grand and Canal Streets. It is part of the Hudson Square Business Improvement District established in 2009 by Mayor Bloomberg and envisioned to attract media and creative organizations as tenants and to become a major creative hub. 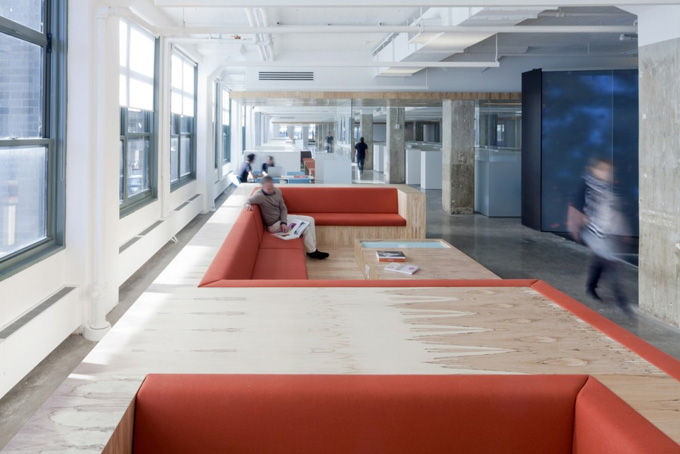 The building was originally a printing factory with an impressive concrete structure, 360-degree views and high ceilings. With such good bones to start from, a+i further amplified the grandeur by cutting a wide staircase through all three floors.
This not only opened the light-filled space up even more, it also met another requirement: it helps the staff see the ‘hive’ at work and connect and interact with each other. 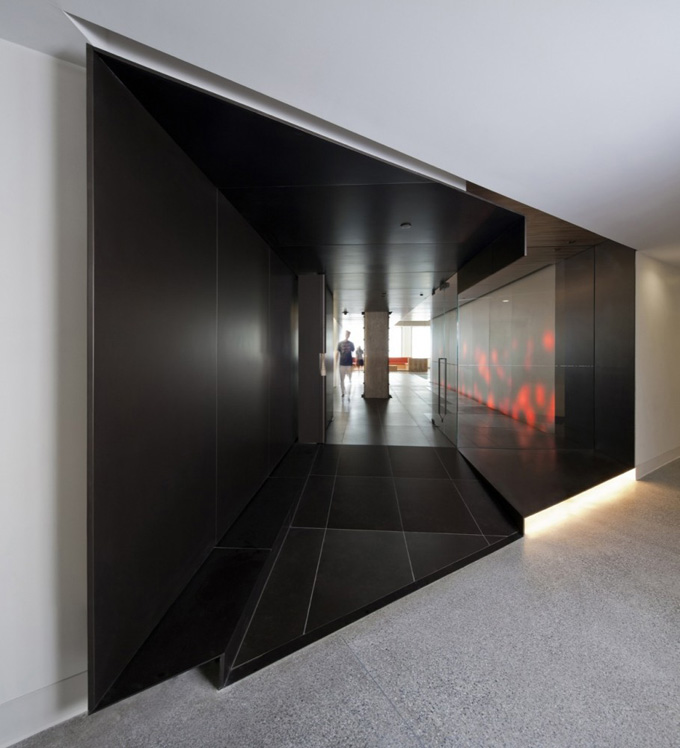 This cohesiveness and interaction was an important goal for Horizon, especially because this is the first time its large headquarter staff was under one roof. The goal of taking fuller advantage of the proximity of the talent of all teams is also reflected in the number of huddle rooms, screening rooms and flexible spaces that have the latest technology to enable cooperation, interaction, brainstorming, presentations, video conferencing and client meetings. 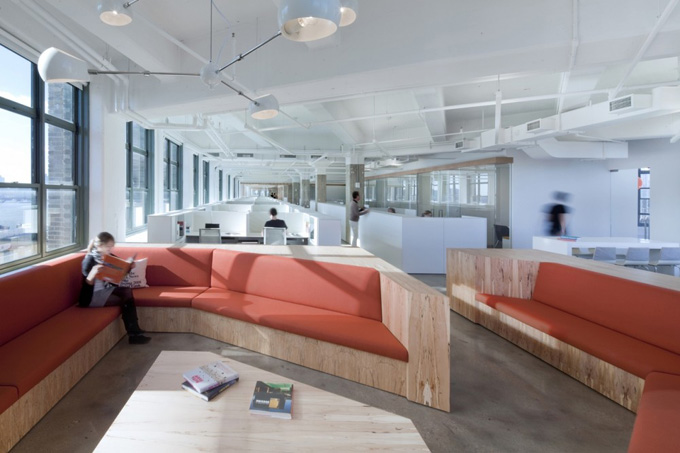 The colour palette of the space is neutral with accessories, furnishings and millwork providing splashes of colour. The coldness of polished concrete and steel is softened by curving wood features made of maple veneer. 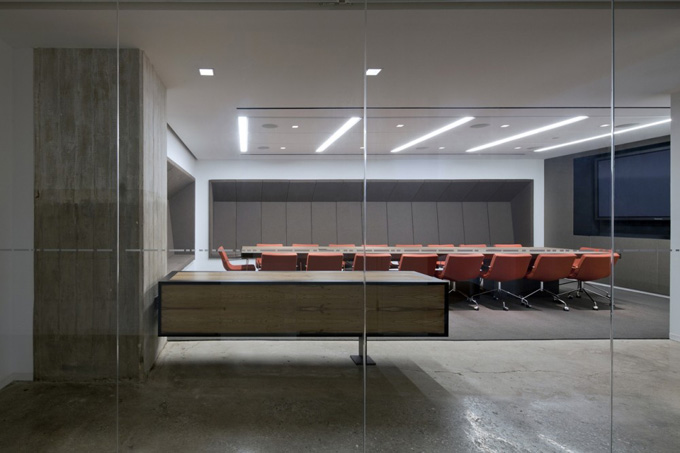