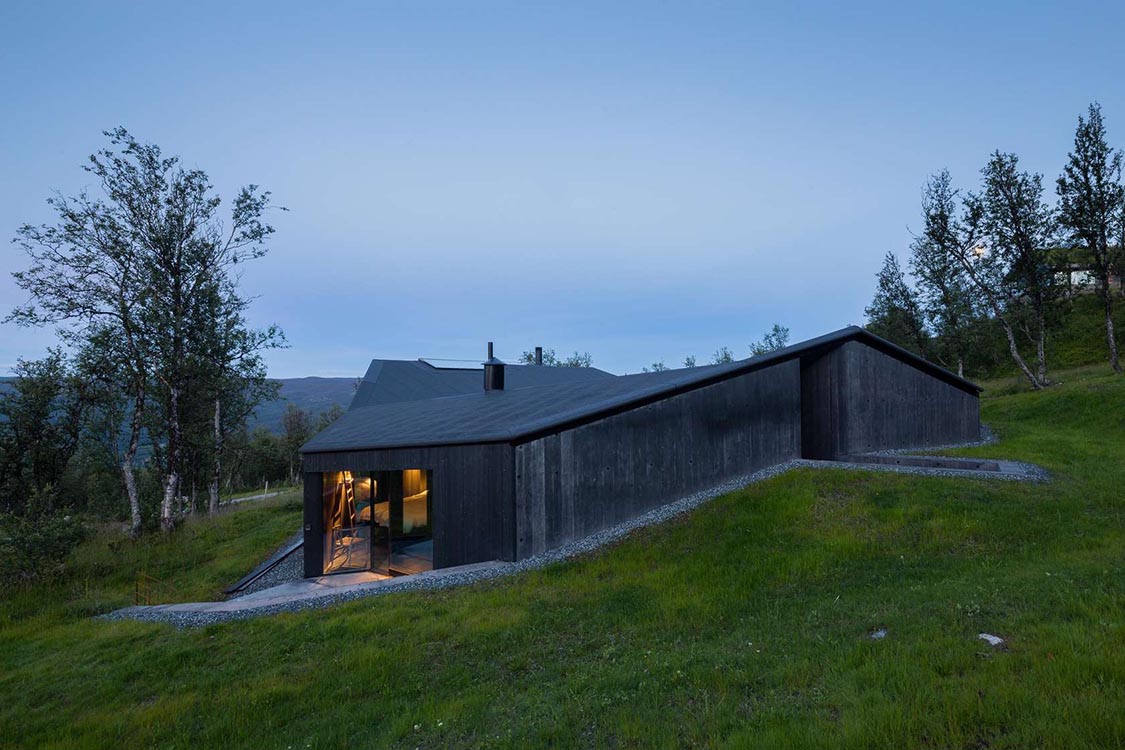 When the natural setting is harsh, stark and ascetic, you can succeed in two ways when designing a building. You design to stand out and be seen, or you go the opposite route and design to blend in and become invisible.

When it comes to private villas in the Norwegian mountains, the architects at Oslo-based Lund Hagem fall decidedly, and with great skill, into the latter category. 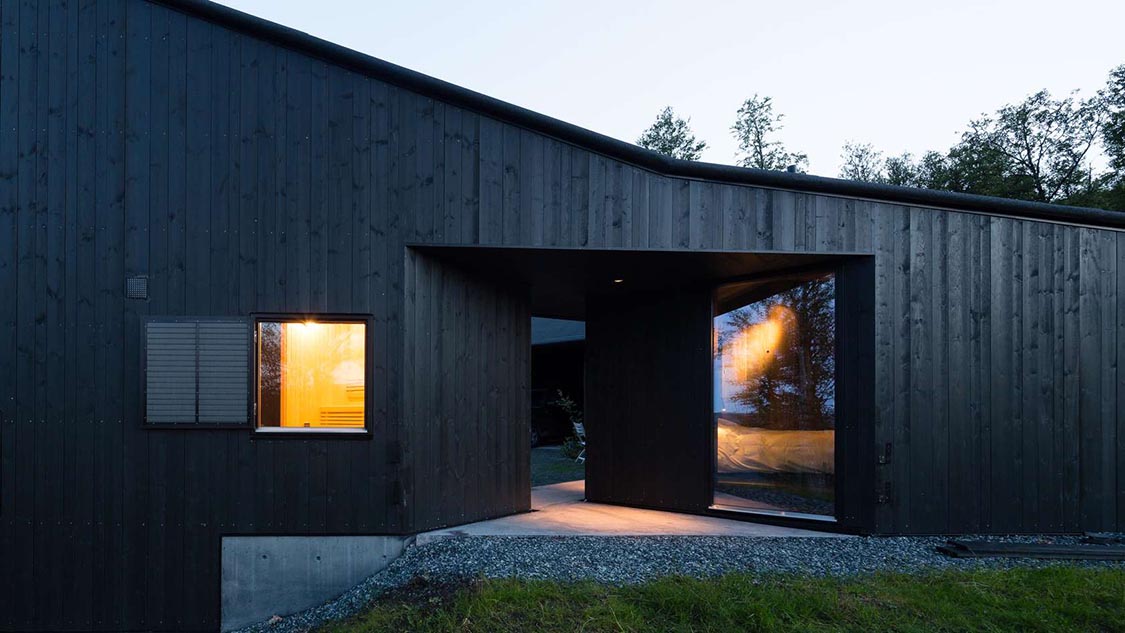 The masters of the vanishing villa have succeeded many times, but one of our recent favourites is Lund Hagem’s recreational residence in the Hallingdal valley in the ski resort town of Geilo located midway between Oslo and Bergen, about 250 km from each.

Known as the location for some of Norway’s most luxurious holiday cabins, Gailo boasts a ski season that stretches from late October till late April. 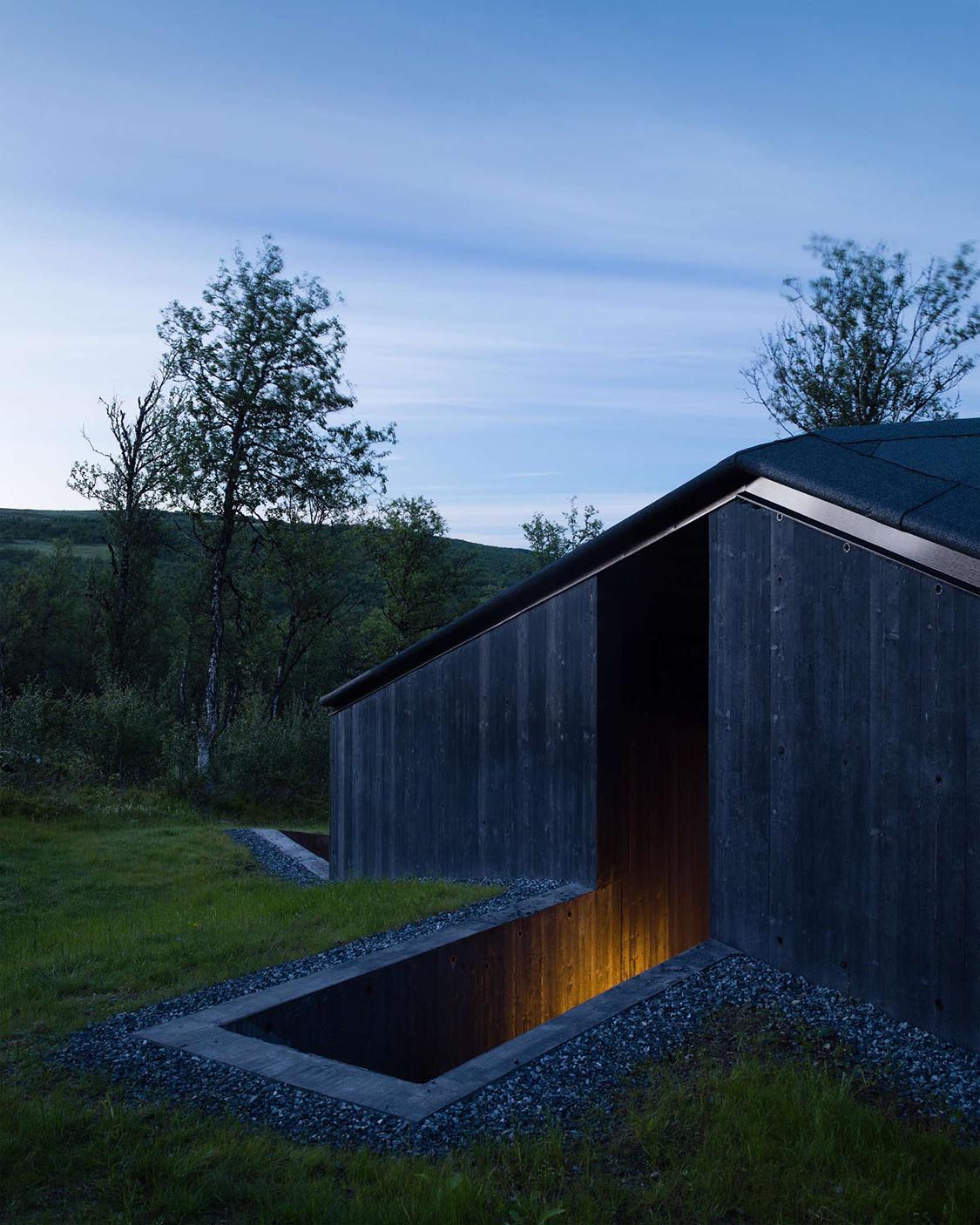 Lund Hagem’s cabin is indeed luxurious in its startlingly bare and understated style. In the winter when the low-profile building is almost entirely covered by snow, the villa is accessible only by snowmobile or skis. 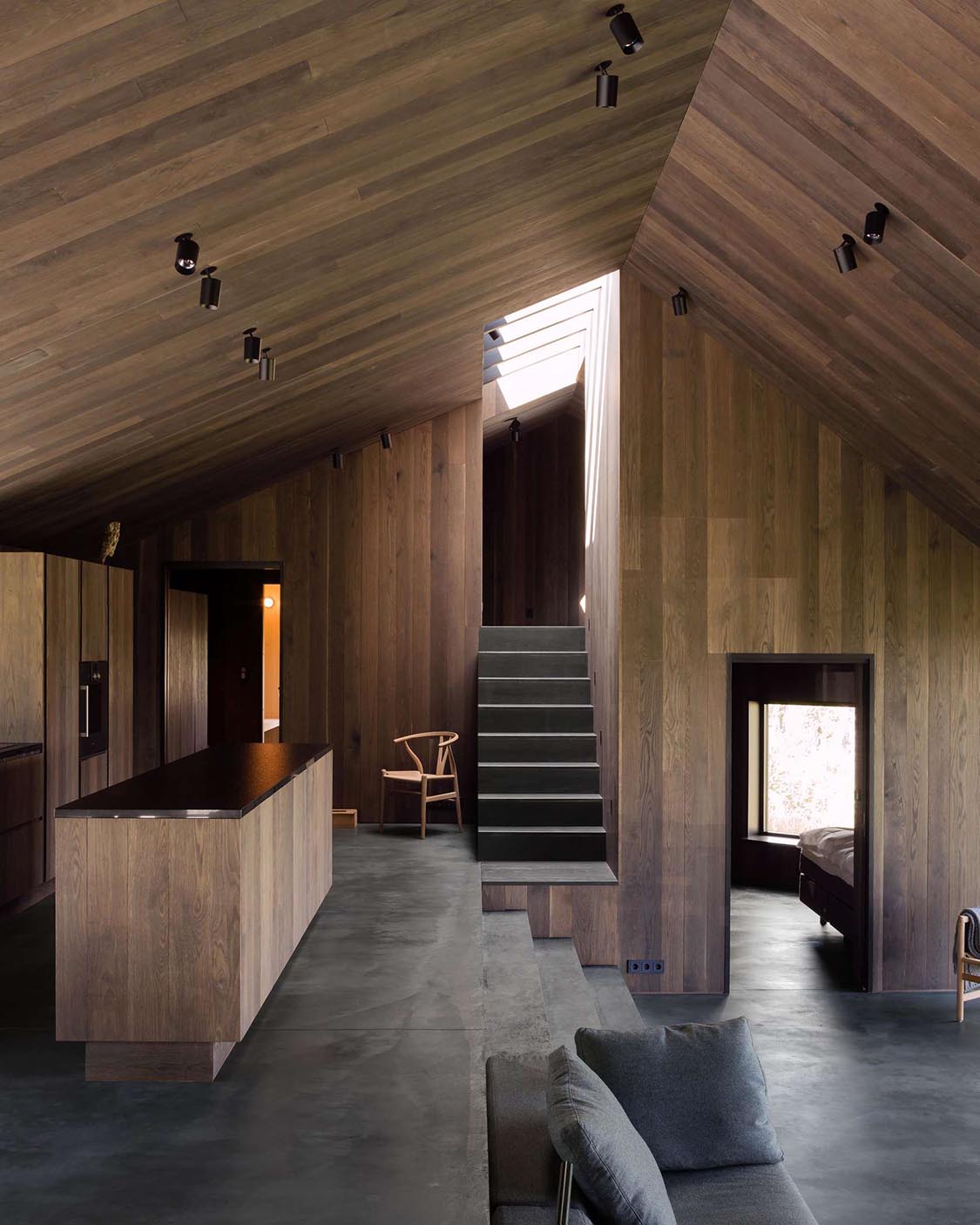 We love the concrete outside walls that face the harshest elements and are dark-tinted to match and resemble the rest of the walls that are, in turn, made of timber and painted black according to local tradition. 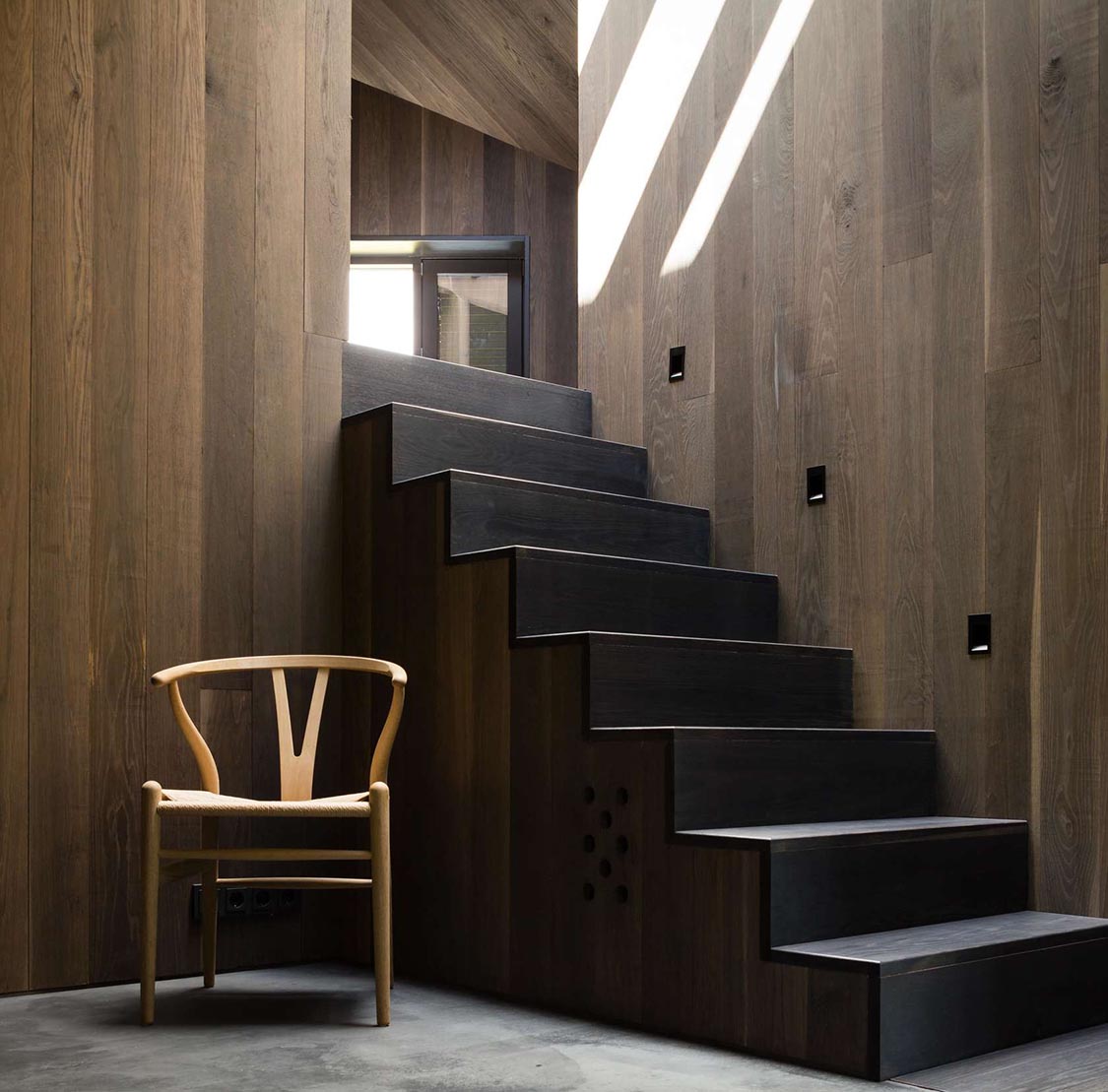 Inside as well our favourite feature is the black colour of the concrete floors and walls that creates a dramatic contrast with the white winter views visible through the large windows. Tuija Seipell. 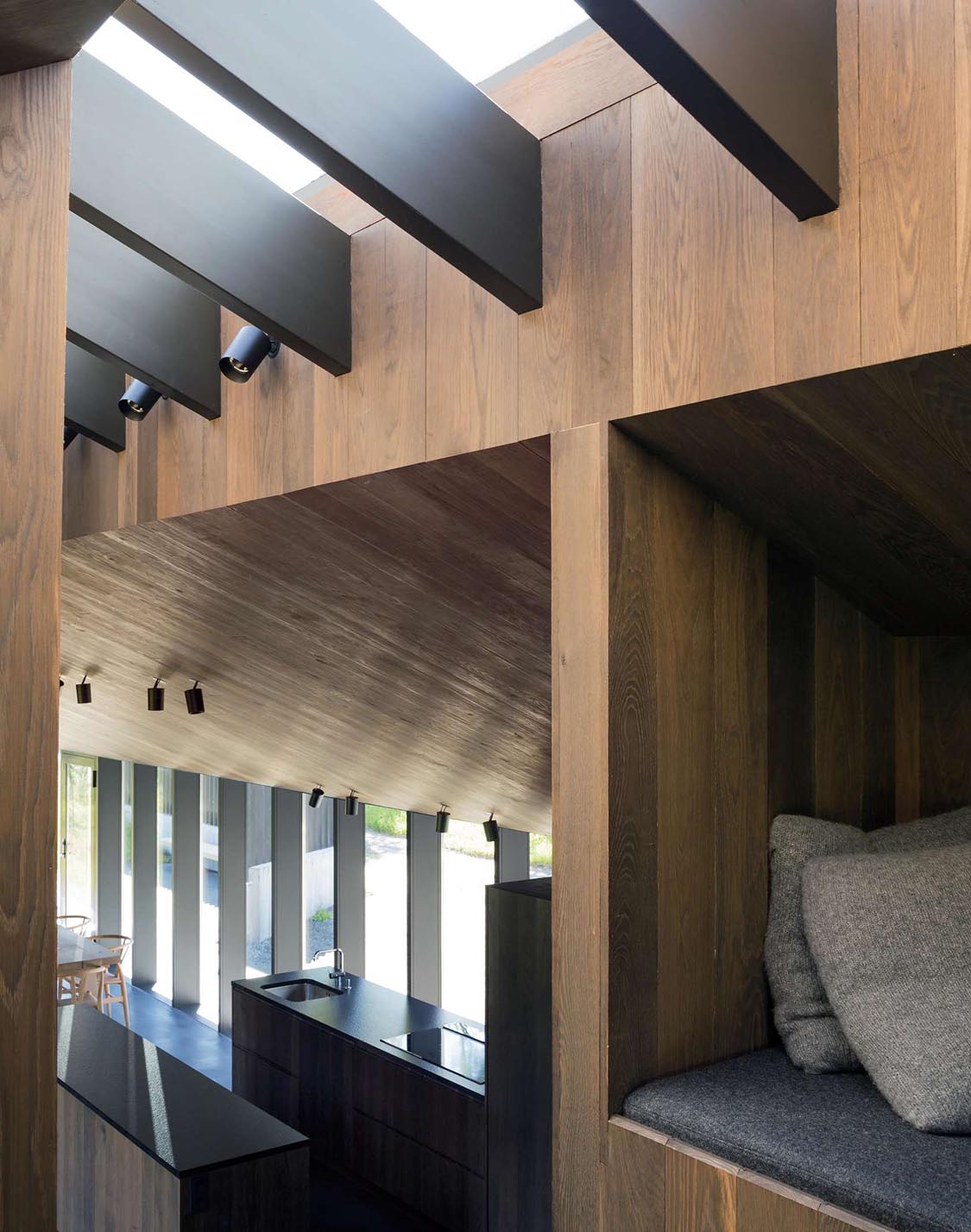