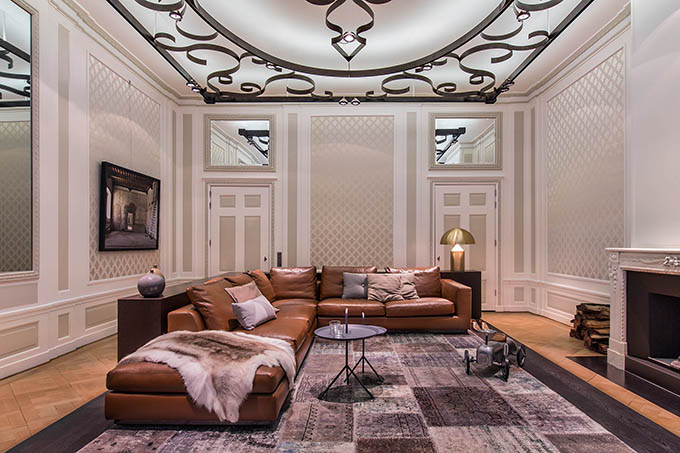 It helps to have a strong understanding of dramatic interiors when tackling the potentially intimidating task of restoring a massive, 17th century Amsterdam canal residence AND re-imagining it as a functioning modern residence for a busy, fun- and art-loving four-member family. 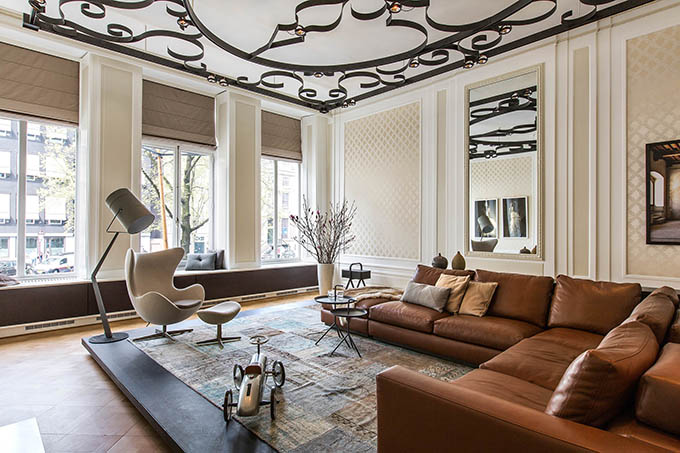 Interior architects Sigrid van Kleef (38) and René van der Leest (40) of Amsterdam’s Studio R U I M had what it took to strike that seemingly impossible balance: Their background in theatre and opera set and costume design, as well as in restoration and interior design of contemporary homes. 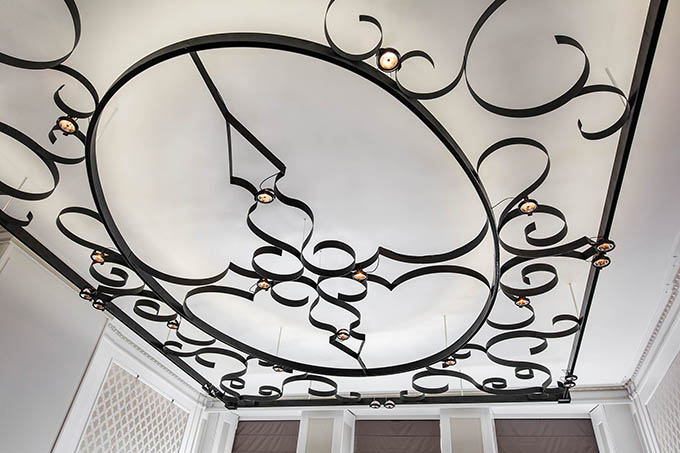 Their priority was to respect and celebrate the heritage and character of the Herengracht canal house built originally in 1666 for a successful Amsterdam merchant, Abraham Muyssart. 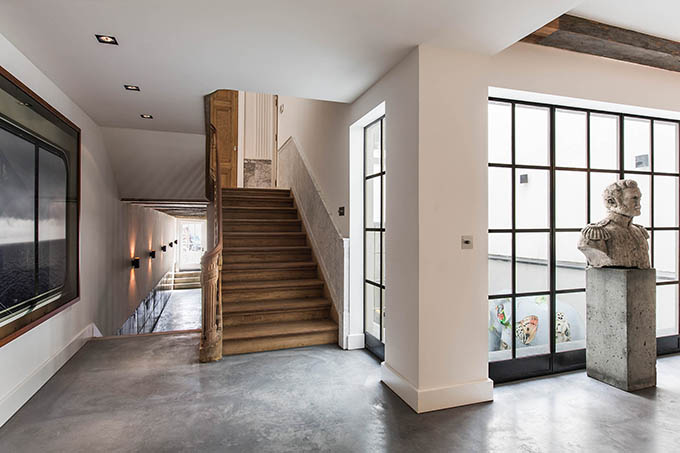 Equally important was to not make the residence feel like a museum but instead, allow it to express the current residents’ own lifestyle and interests, of which photography was a significant one. 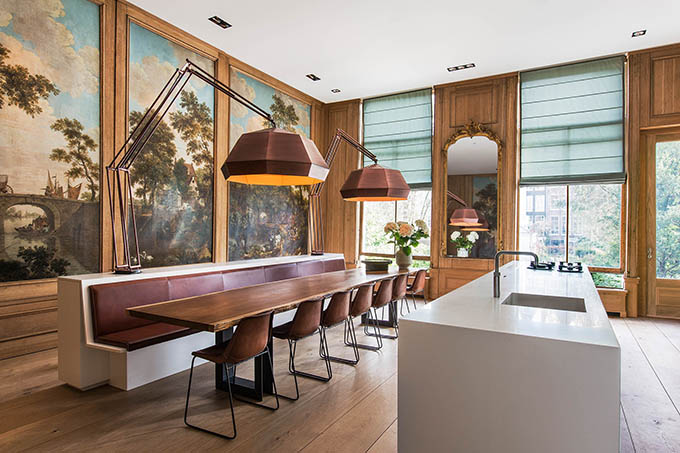 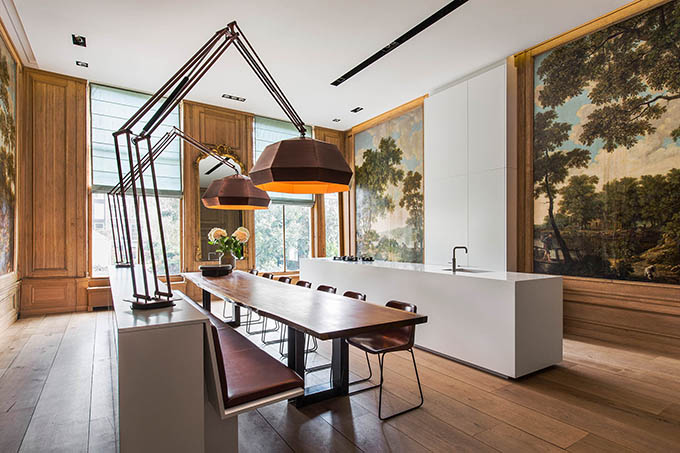 One of our favourite features is the massive, black ornamental steel frame in the living room ceiling. It speaks the visual language of centuries-old mouldings yet makes a bold contemporary statement and creates a lovely contrast to the daintier visual elements in the space. 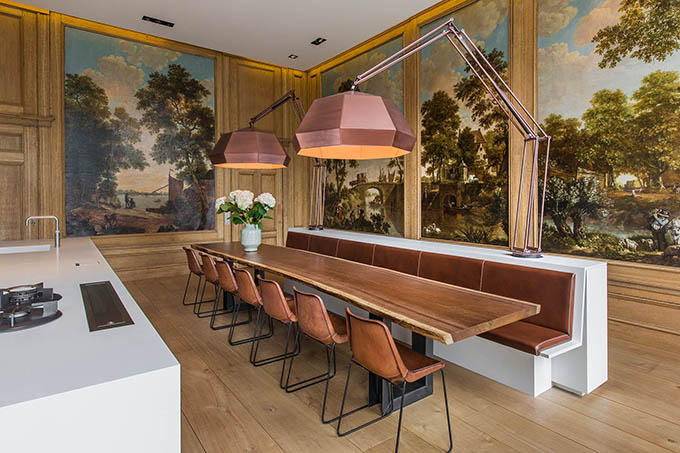 We love the use of wood: panelling, staircases, exposed in ceilings and in framing. The kitchen is a particularly cool combination of traditional and modern. The walls are dominated by vast restored paintings depicting views of the river Vecht and framed in their original wood frames. 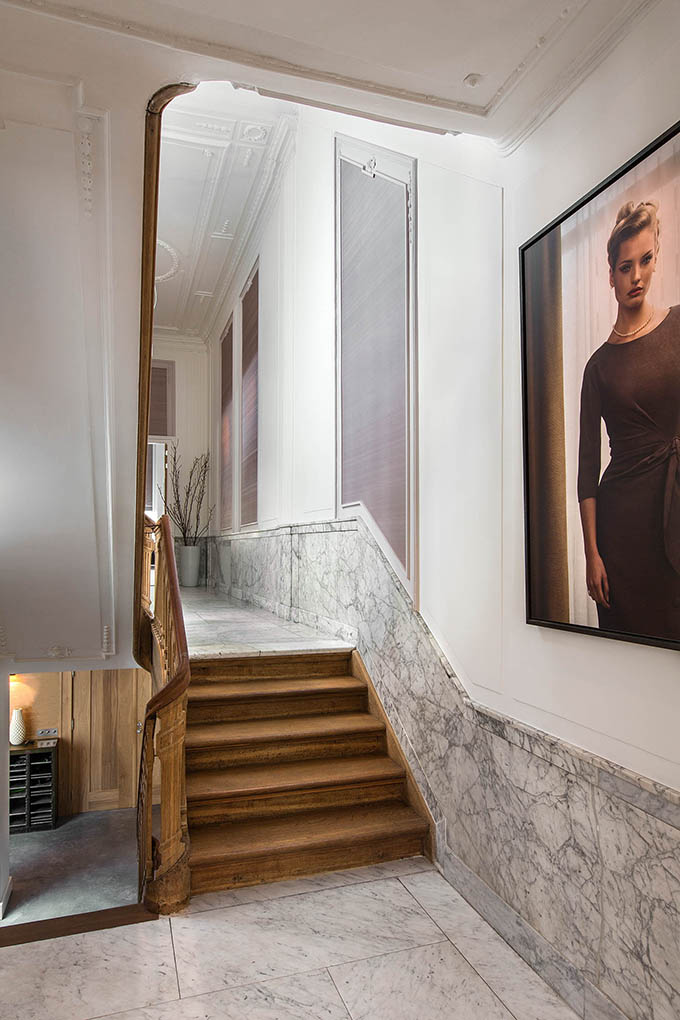 Countering this are the super-modern counters, bench and especially the custom-designed (by Studio RUIM) industrial-scale copper light fixtures. 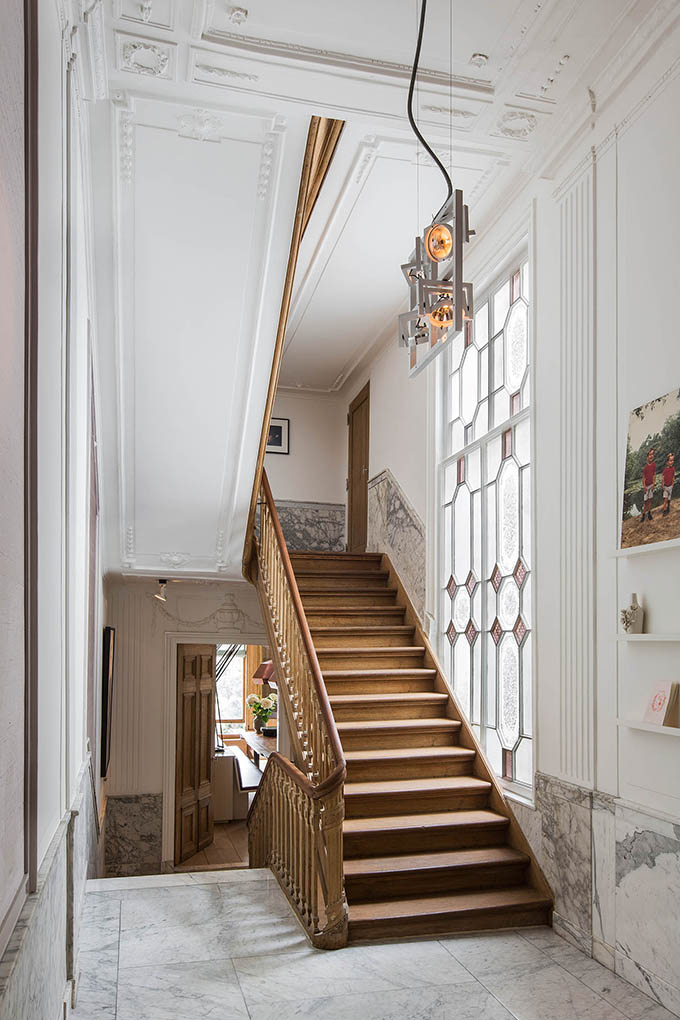 All this juxtaposing is a demanding balancing act but RUIM has managed to tie it all together with a bold sense of drama, yet they have also induced a feeling of fun, lightness, serenity and comfort avoiding the trying-too-hard, melodramatic solutions that would have been easier and predictable. – Tuija Seipell. 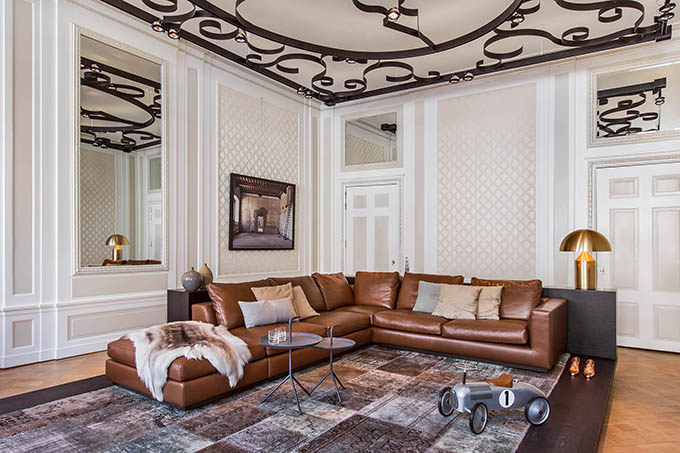