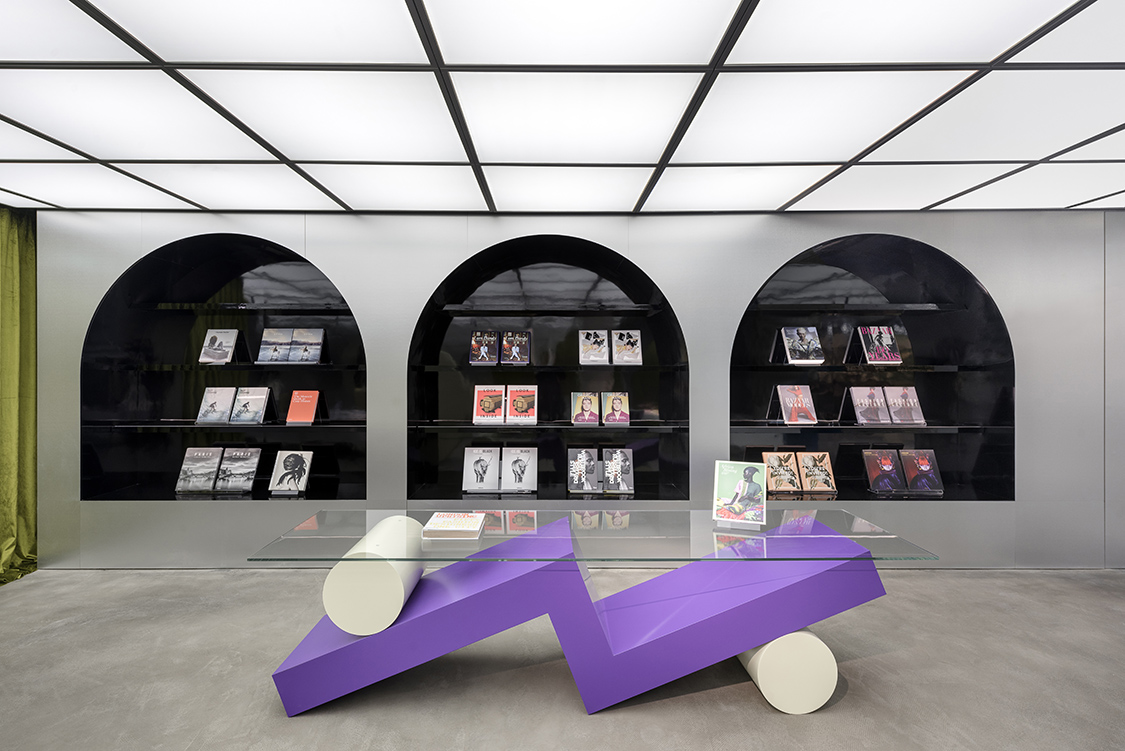 Once again, we find ourselves admiring arches. In Harbook bookstore in Hangzhou, China, Alberto Caiola Design has given arches multiple roles. 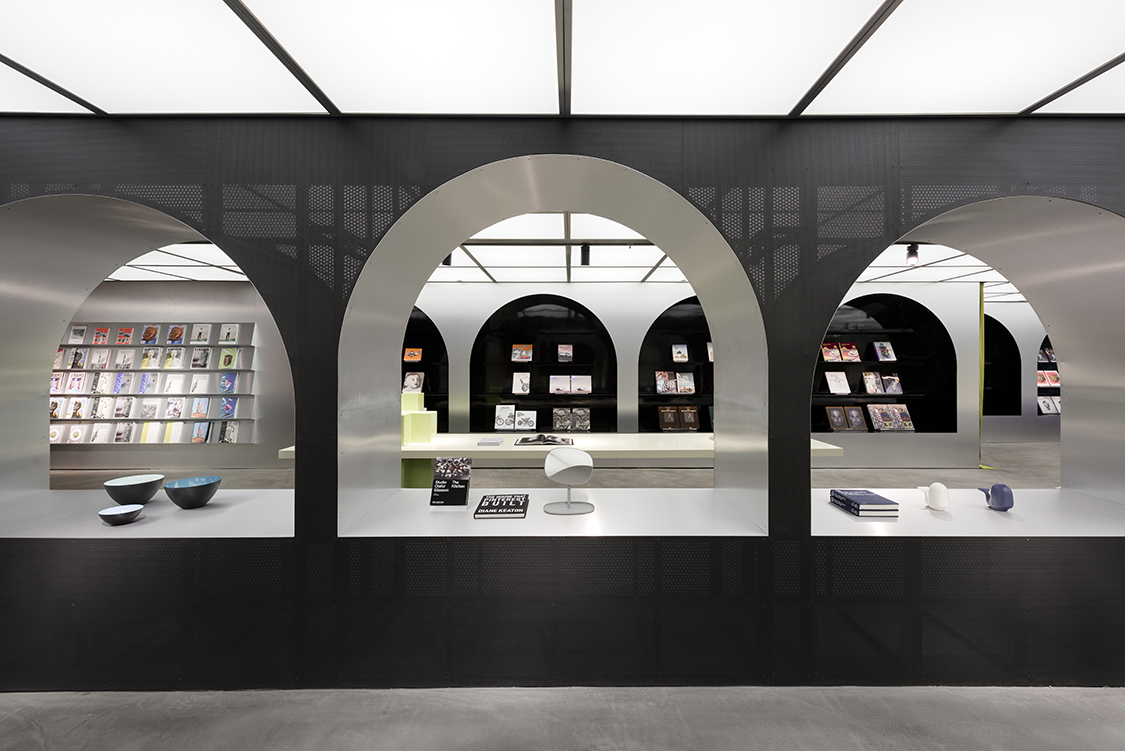 The 600 square-metre (6,458 sq. ft) open space is loosely divided into a bookstore, café and a furniture showroom for Normann Copenhagen’s Scandinavian designs. 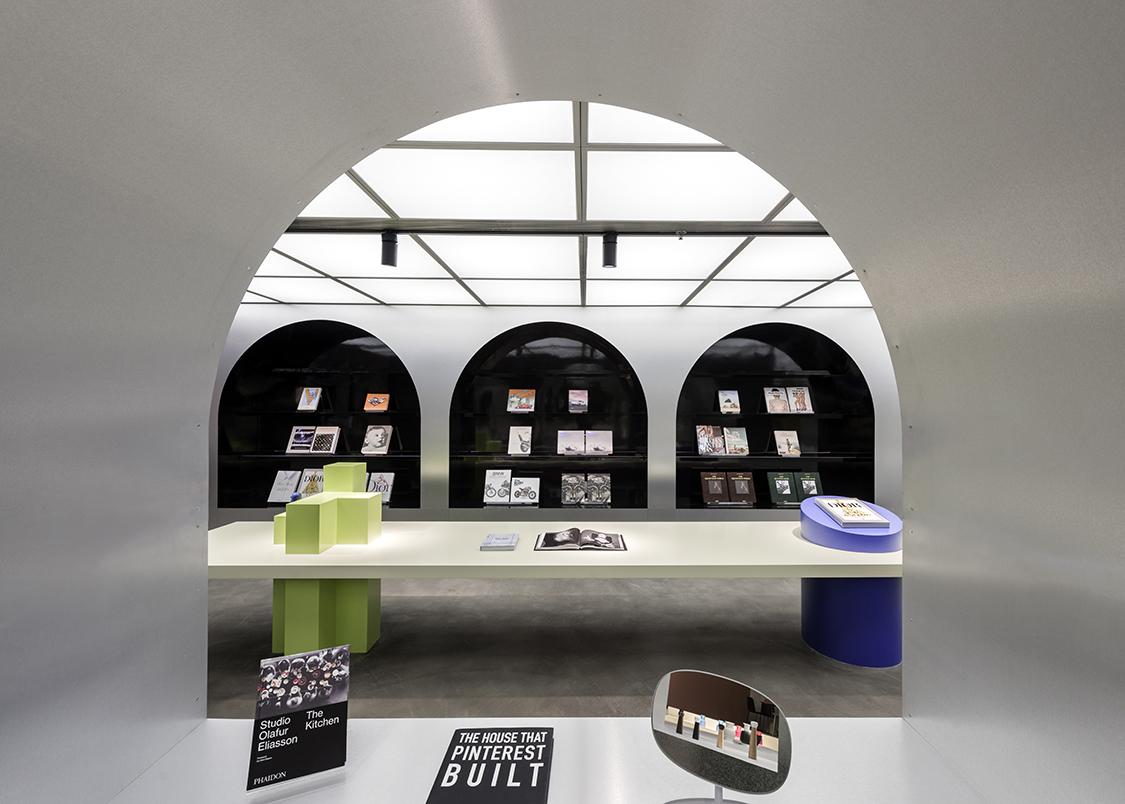 The series of arches that divide the large space are used for book displays and as the cash and information desks. The arches are made of galvanized metal with a stainless steel finish. 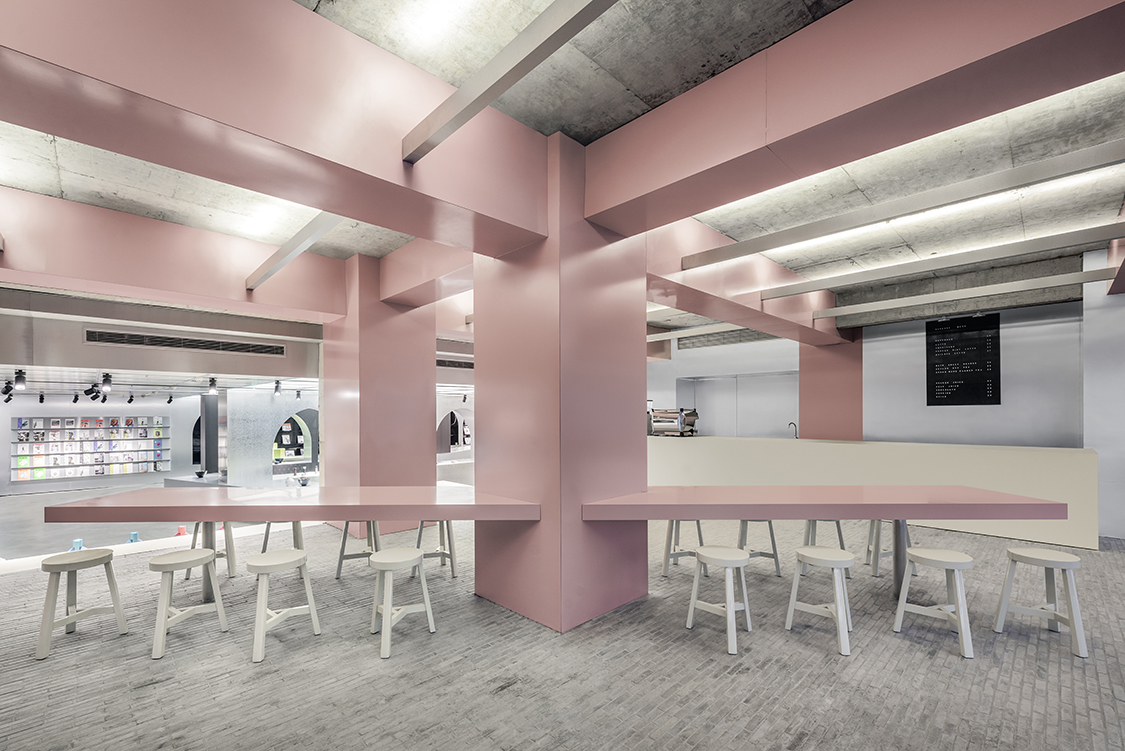 Hangzhou has been known for its tea and silk but most enduringly, it is known for its legendry West Lake and for the writers, poets, artists and philosophers the Lake has inspired since the 9th century. 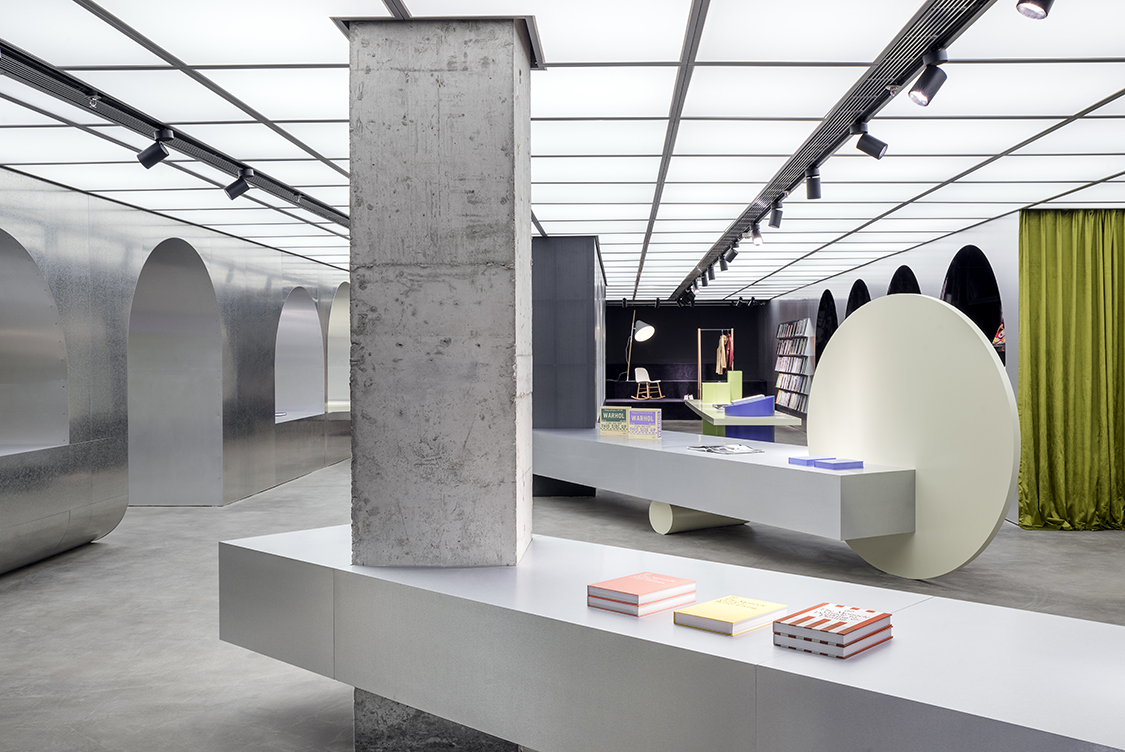 The Lake is one of the country’s most popular tourist destinations and it is celebrated for its arched bridges, gardens, islands, temples and pavilions. 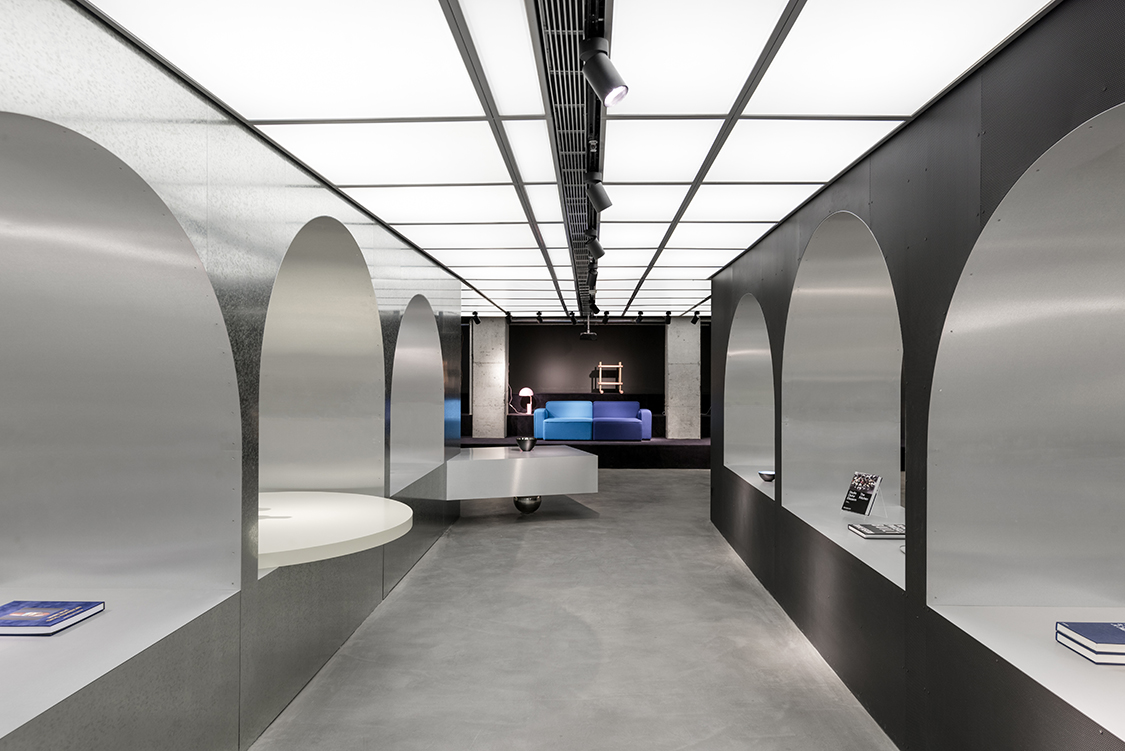 The Harbook store takes a bow toward the traditions of its famed location but it also points boldly into the future with a decidedly minimalist and functional approach. 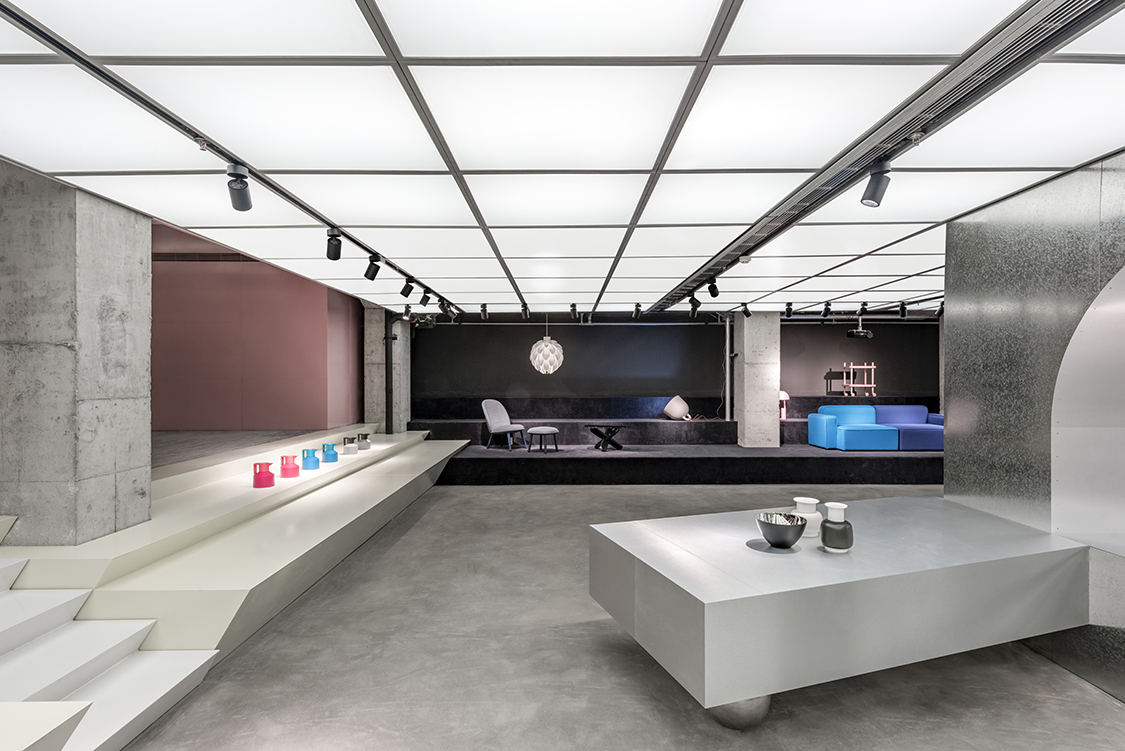 While bookstore-café combinations are common, adding a showroom of modern Scandinavian furniture is a welcome addition to the standard idea of the new bookstore. It gives one more reason for customers to linger, to stay a while and to come back.

The open-plan space can be used flexibly as an event location as the wide steps become auditorium seating for several hundred people for book readings or other literary and community events. Tuija Seipell 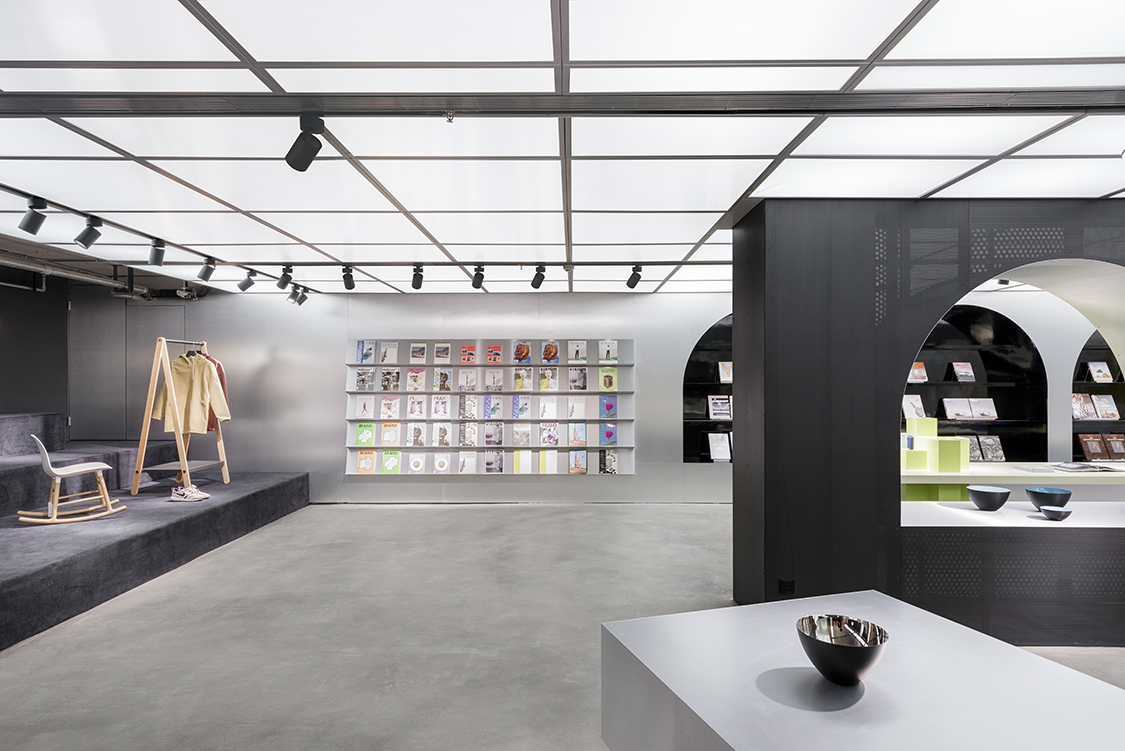