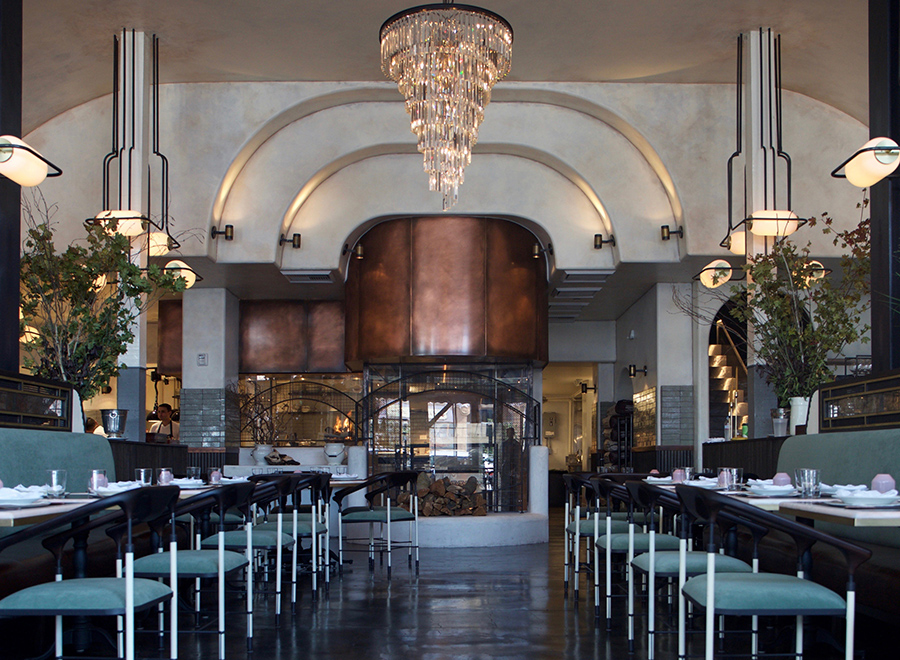 We are seeing chandeliers, marble, brass, tiled floors and plush furniture in more places now than ever before. Art Deco is coming back. Again.

In LA, the new restaurant and butcher shop Gwen is following these trends, but they do have a legitimate reason to feature these elements. It is housed in a 1928 building on Sunset Boulevard in Hollywood and has just the right vibe for the décor. 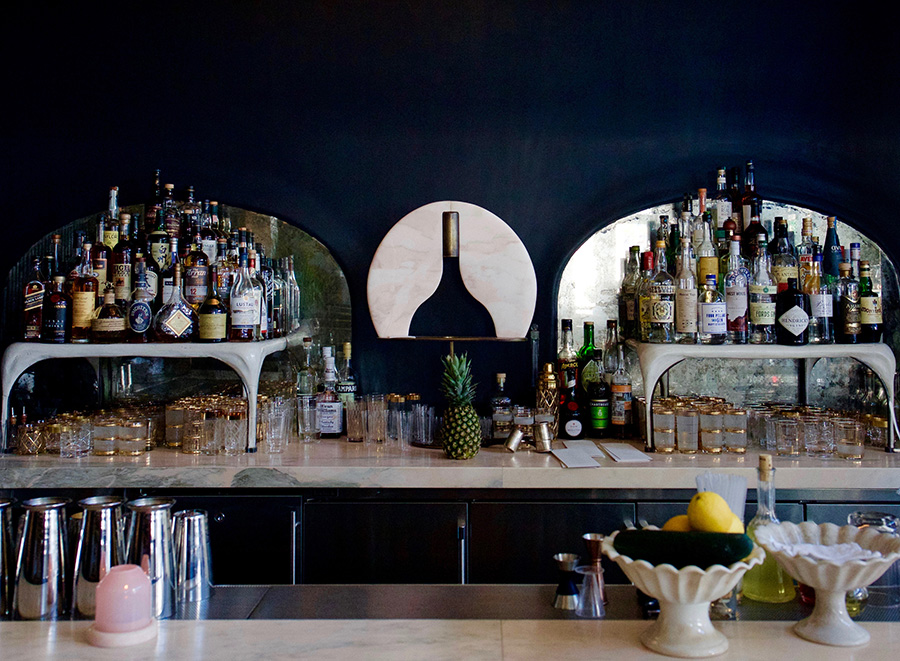 In charge of the décor was Home Sudios, the Brooklyn-based studio run by brothers Oliver and Evan Haslegrave and known for cool restaurant design.

Curtis Stone, the Australian-born chef known to many from Bravo’s Top Chef Masters, has opened his second Los Angeles restaurant. The first one, the 25-seat Maude was named after one of Stone’s grandmothers. Gwen is named after his other grandmother. Stone’s brother Luke is partners in both. 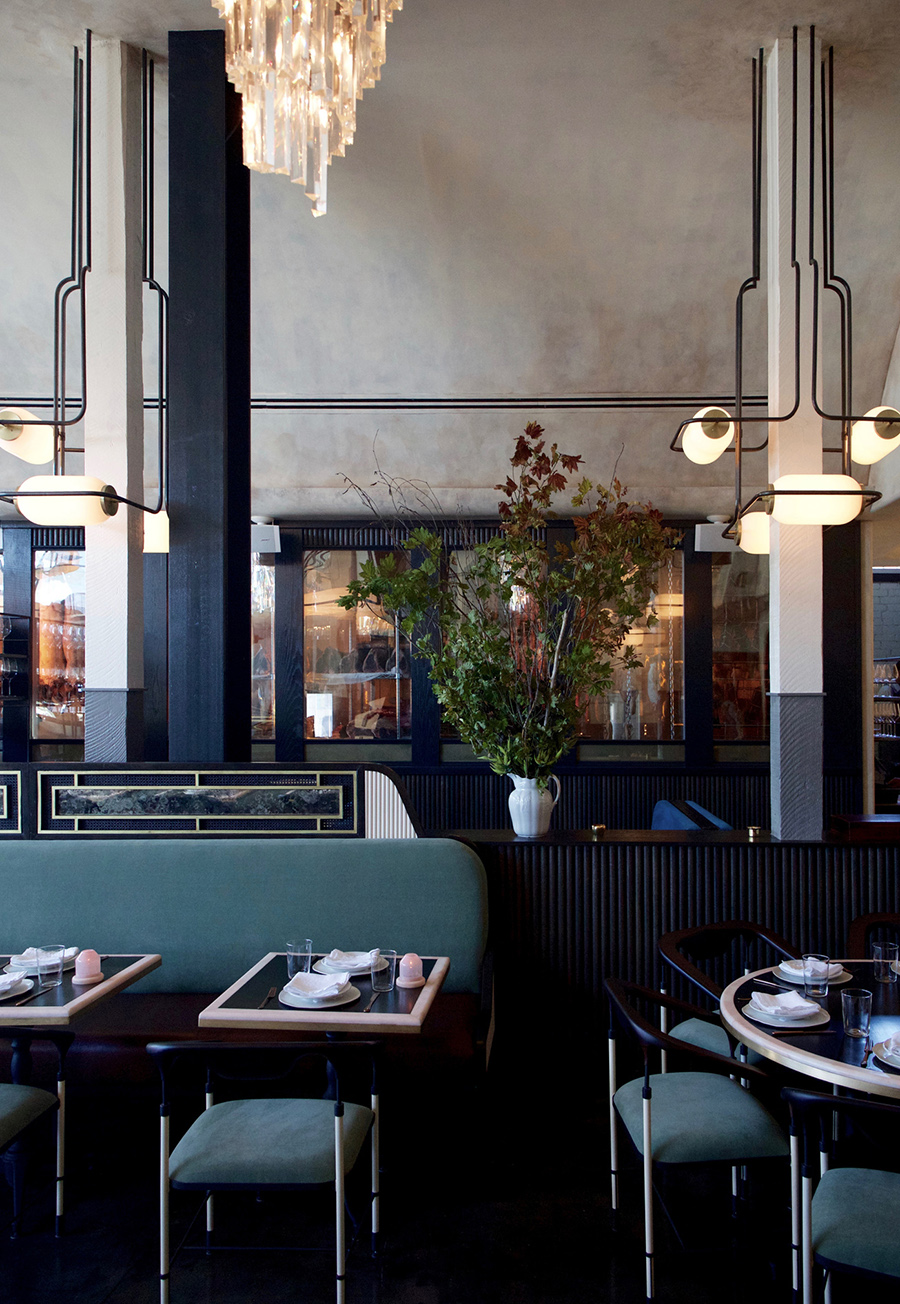 Located on Sunset Boulevard in Hollywood, Gwen is sizeable, compared to little Maude. The 7,000 square-foot (650 square meter) restaurant leaves ample room unoccupied. It seats only 80 people,  in three areas, the chef’s counter, the dining room and the wine room. 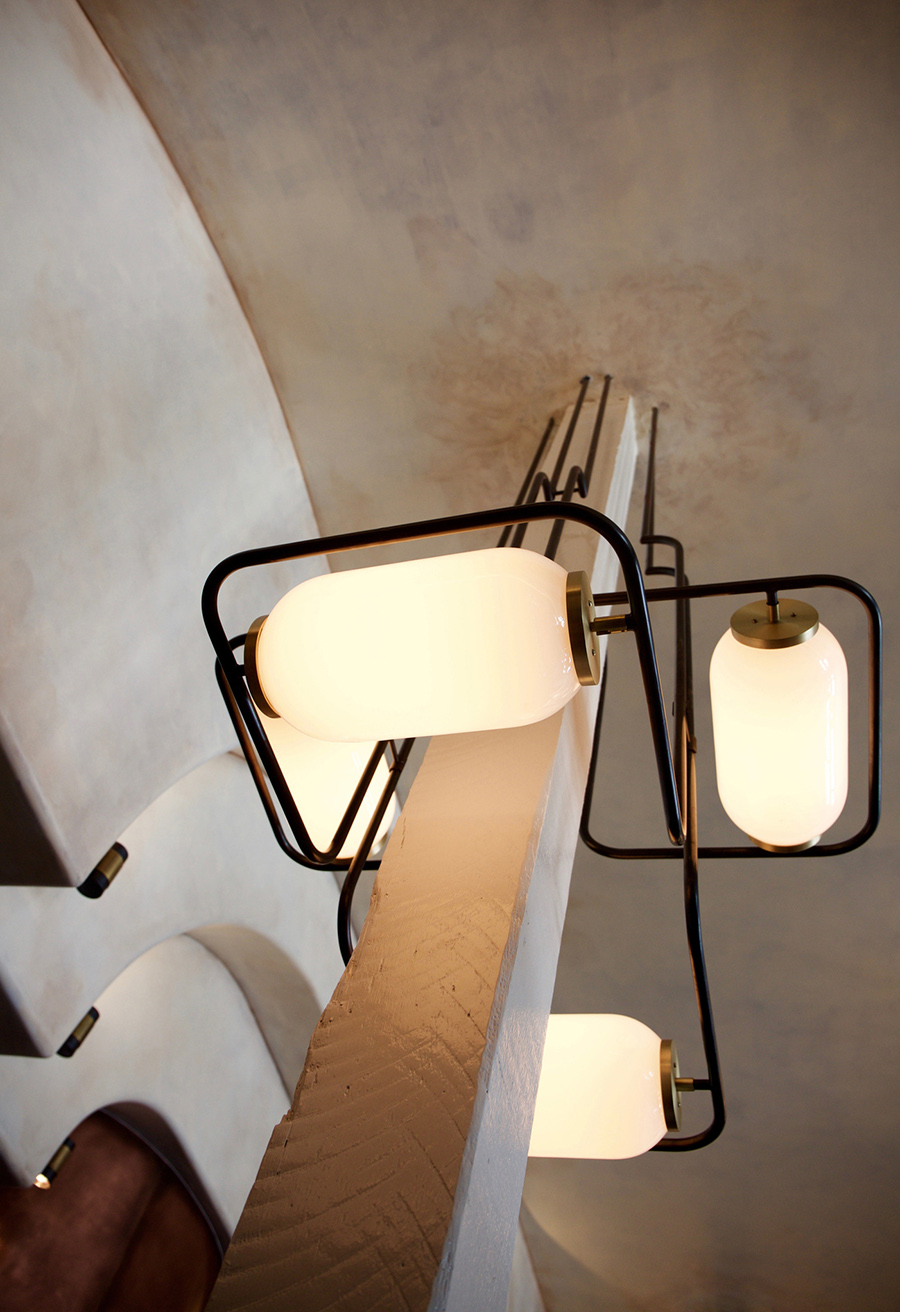 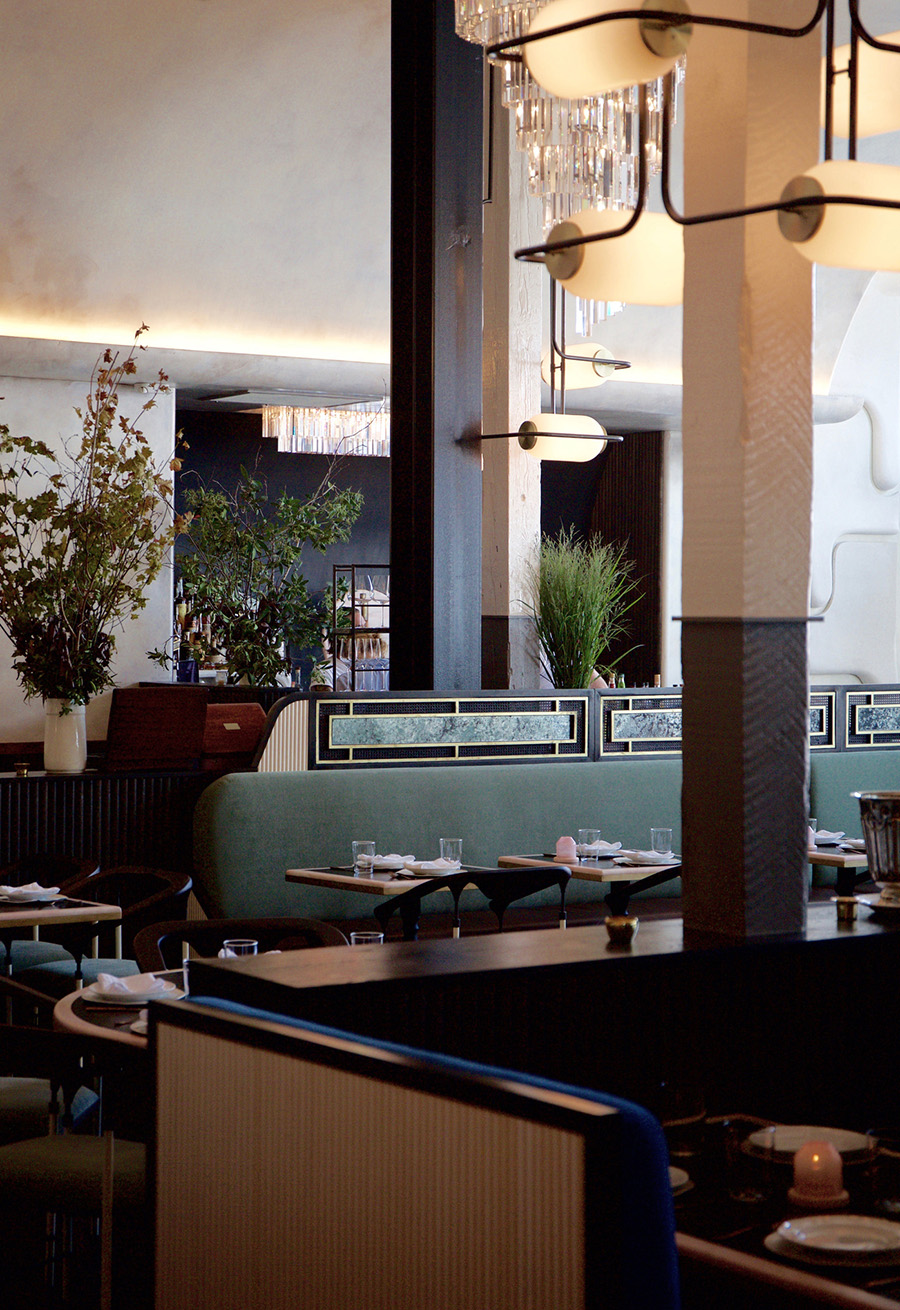 Fellow Australian Mitch Bushell runs the bar’s ‘no-waste’ cocktail program that uses every bit of the cherry, including the pit. The barstools are covered in chinchilla. Tuija Seipell 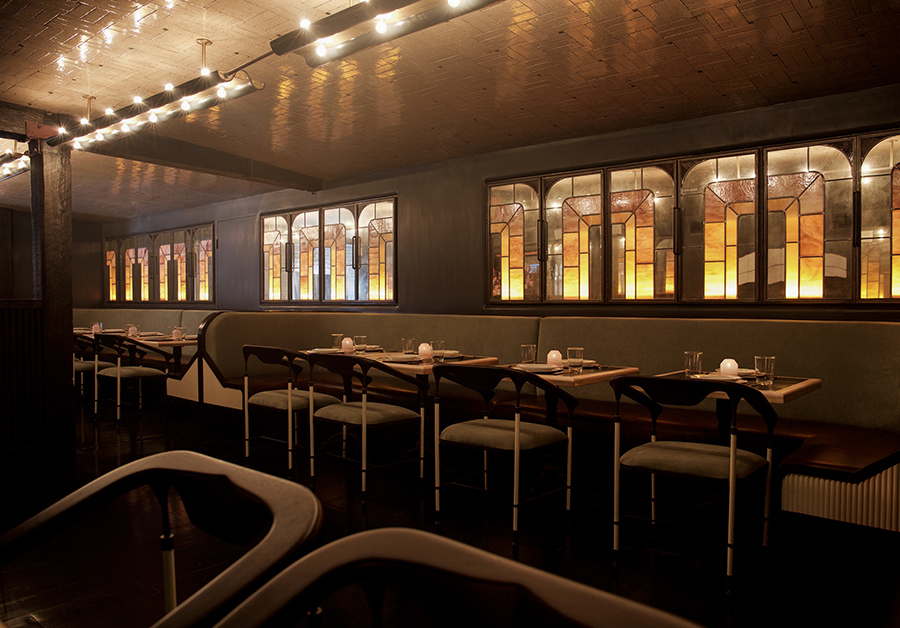