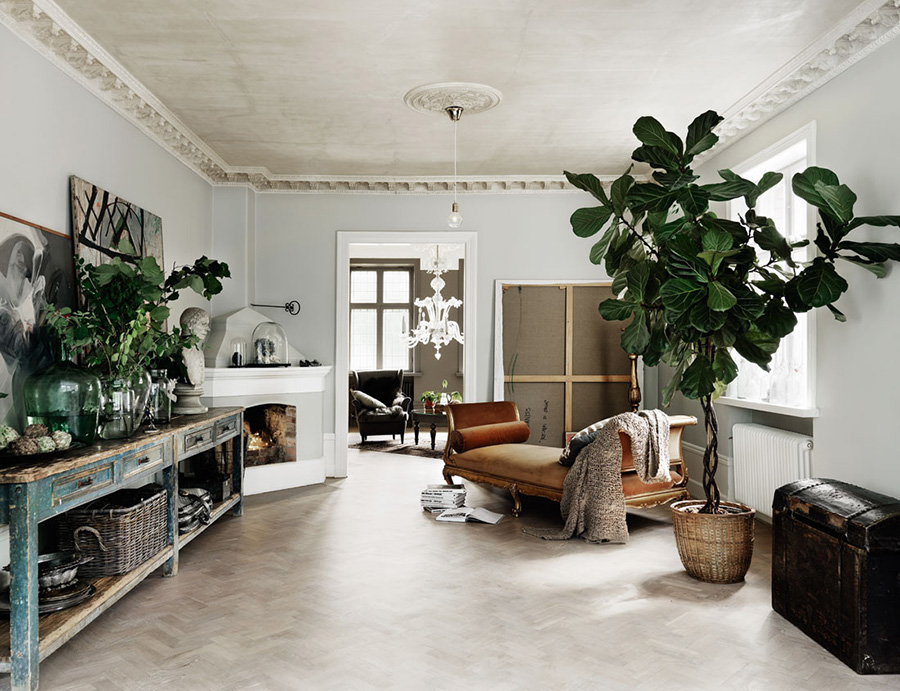 Green is in. In more ways than one. We are seeing more plants and greenery in designer homes, hotels, restaurants, offices and public spaces than ever before. 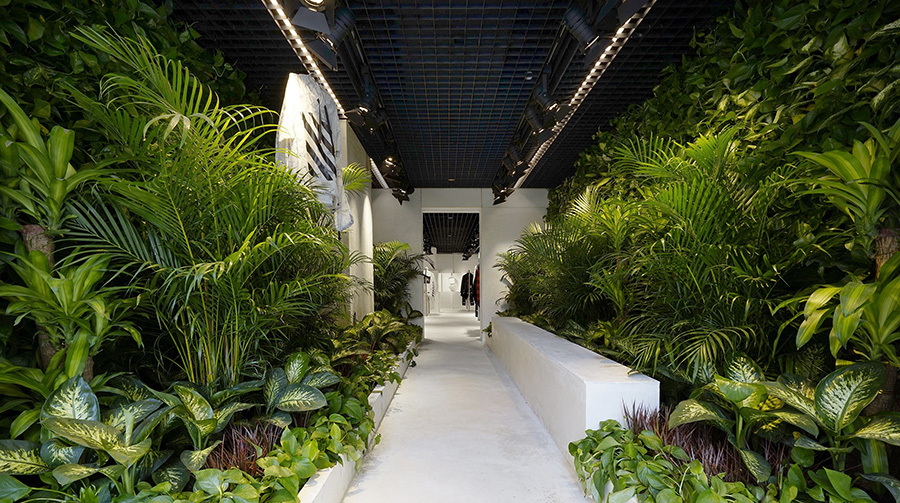 We are seeing them both inside and outside. It could be that the simple reason for this is that smoking is no longer allowed in public spaces in many countries and therefore plants can actually survive better indoors, but we doubt it. 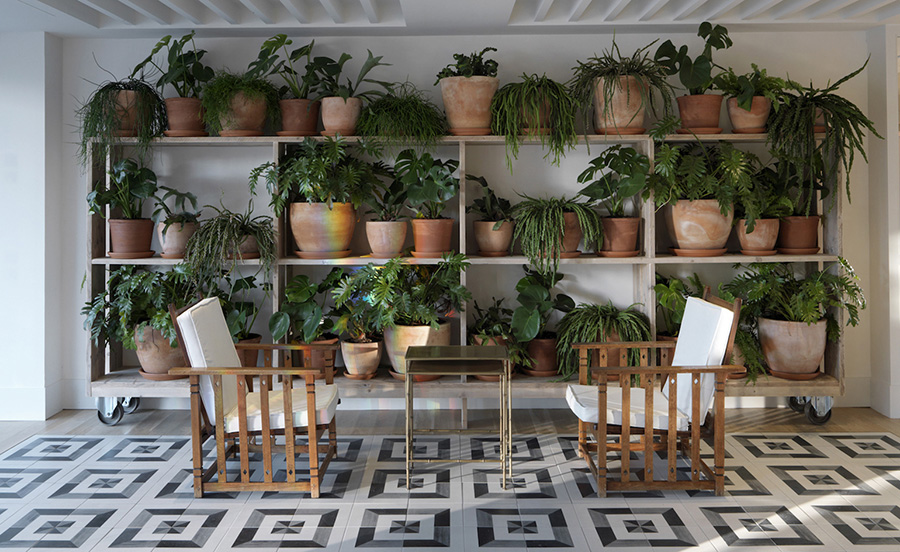 We believe there are much broader reasons behind the welcome increase in green in our lives.

It is clear that we crave more nature in our lives. We want the benefits that being in nature can give us. Science is showing us that these can include a healthier body and mind. Just being near a tree or a babbling brook or a fountain will calm our minds and replenish our souls. 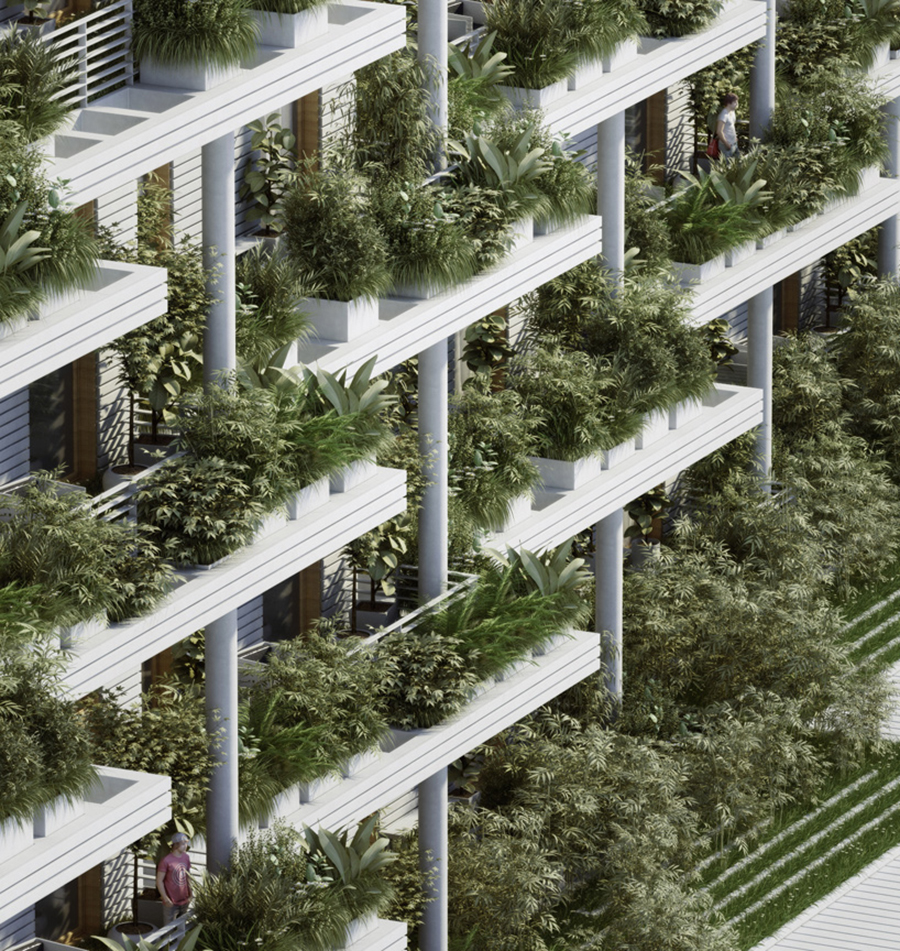 We want balance and a lifestyle that includes time spent outdoors, not just on special occasions but regularly, as part of our everyday lives.

Nature is what we need more of, not money or gear. This is true not just with the traditional ‘treehuggers’ or outdoor enthusiasts but all of us.

We want the magic of the lush moon Pandora, depicted in James Cameron’s movie Avatar, but we want it now, in our current lives. 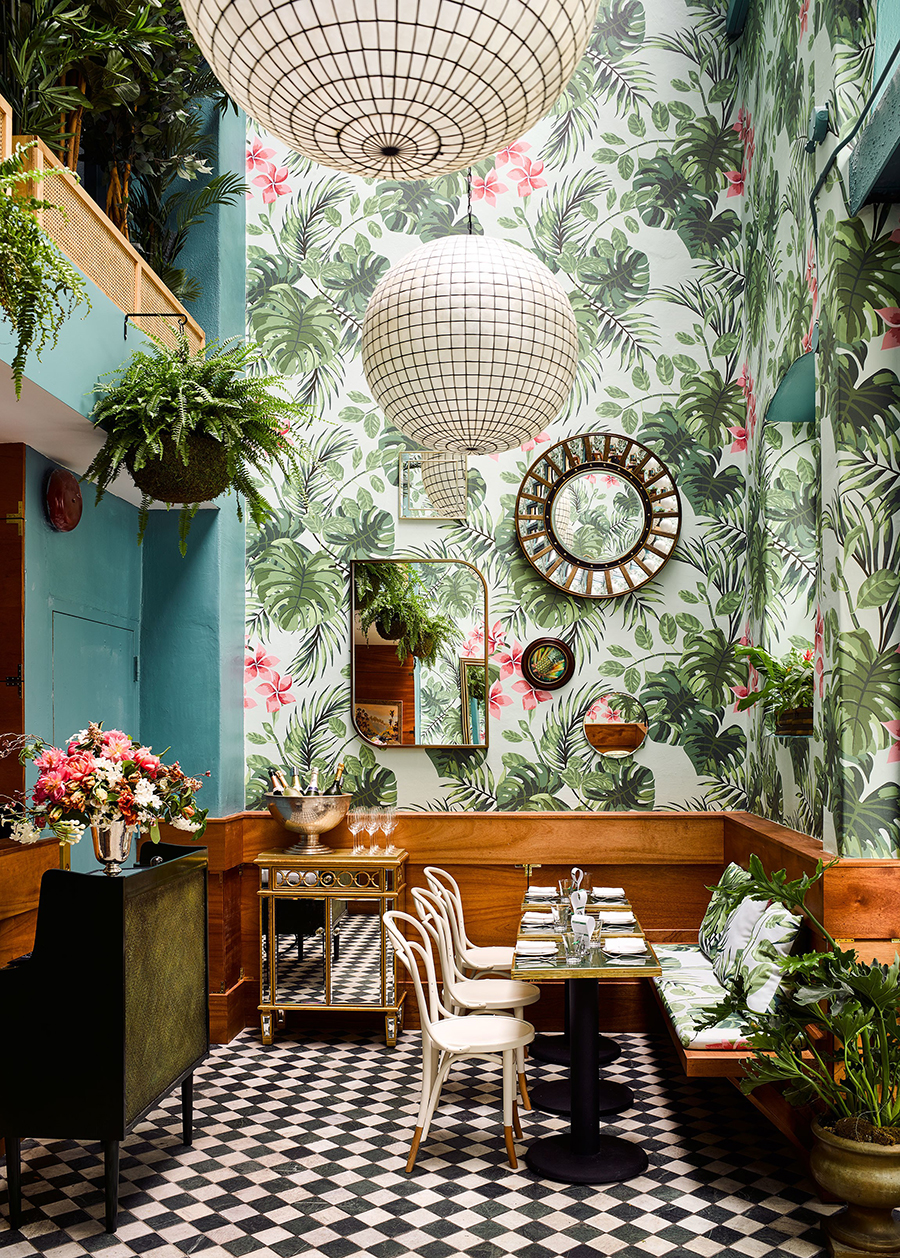 A Kansas State University study found that when plants were introduced into hospital rooms, patients asked for less pain medication, had lower heart rates and blood pressure, and less anxiety and fatigue. All of this lead to shorter hospital stays and ultimately, cost savings.

In England, a Royal College of Agriculture study found that students were 70 per cent more attentive in rooms containing plants. The results of the same study indicated that attendance was higher for lectures given in classrooms with plants.

Plants are therapeutic, calming and nurturing. And some believe that if you talk to plants they grow better, so they could even be said to be good company. 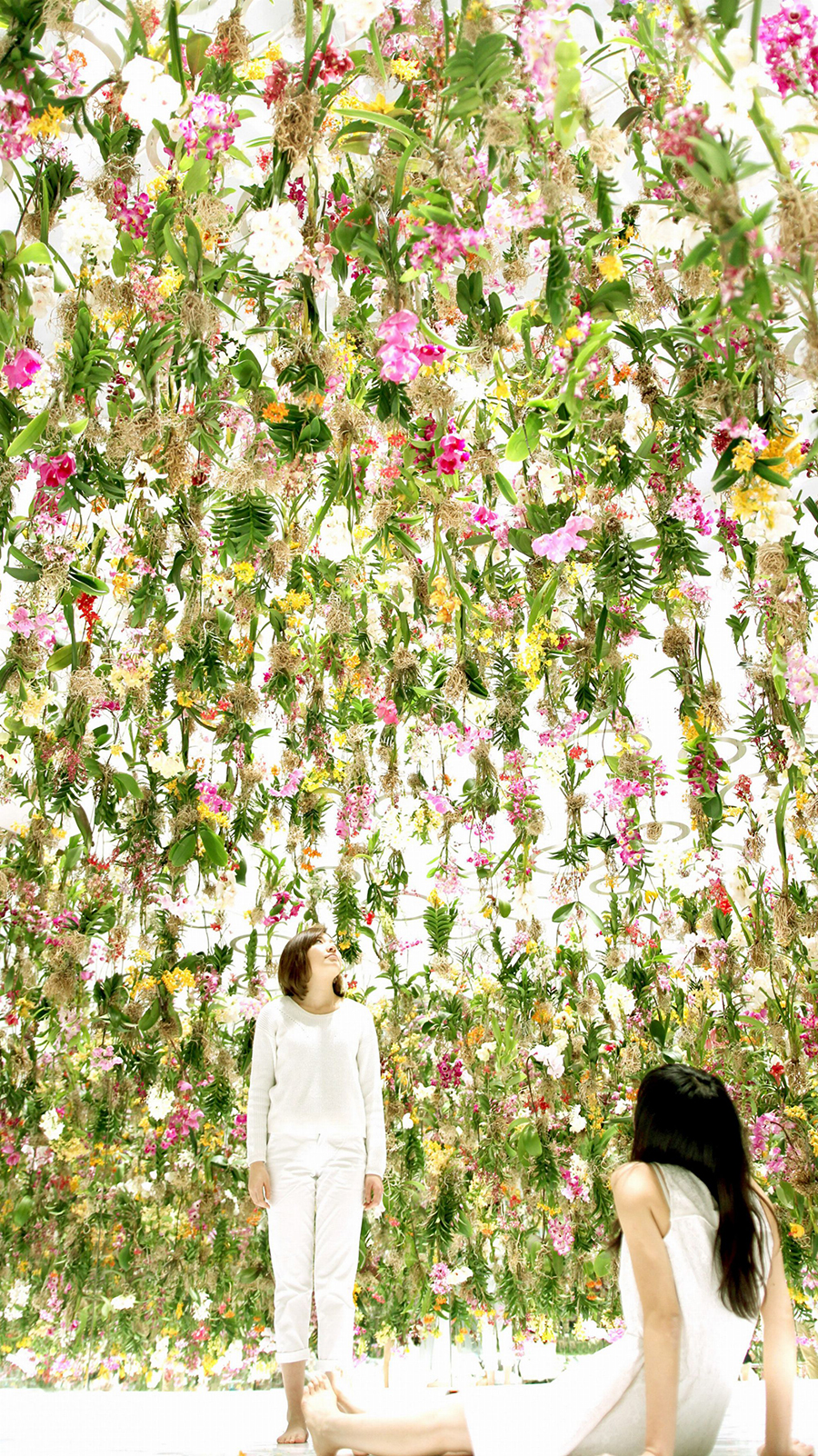 And, of course, plants and flowers are just simply beautiful. Their mere decorative effect can change a room completely. 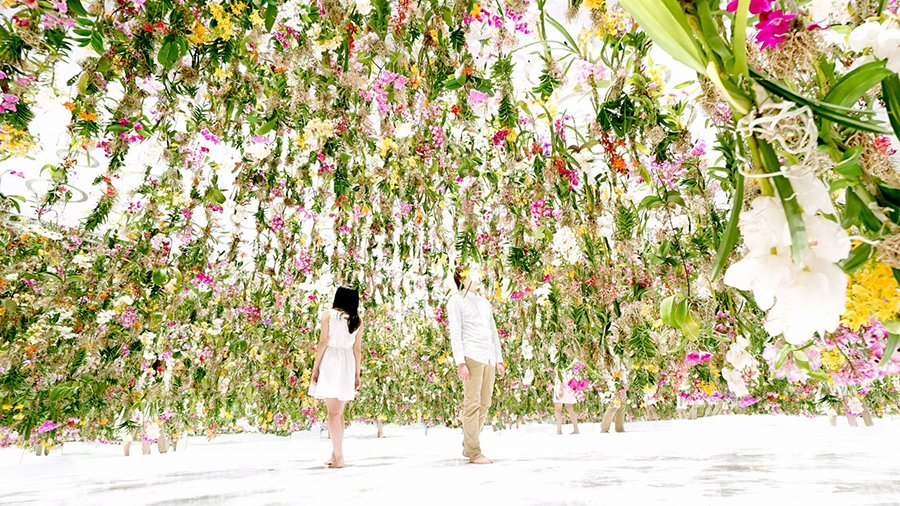 We are seeing both massive and small-scale green walls both inside and out in banks, grocery stores, offices and airports. 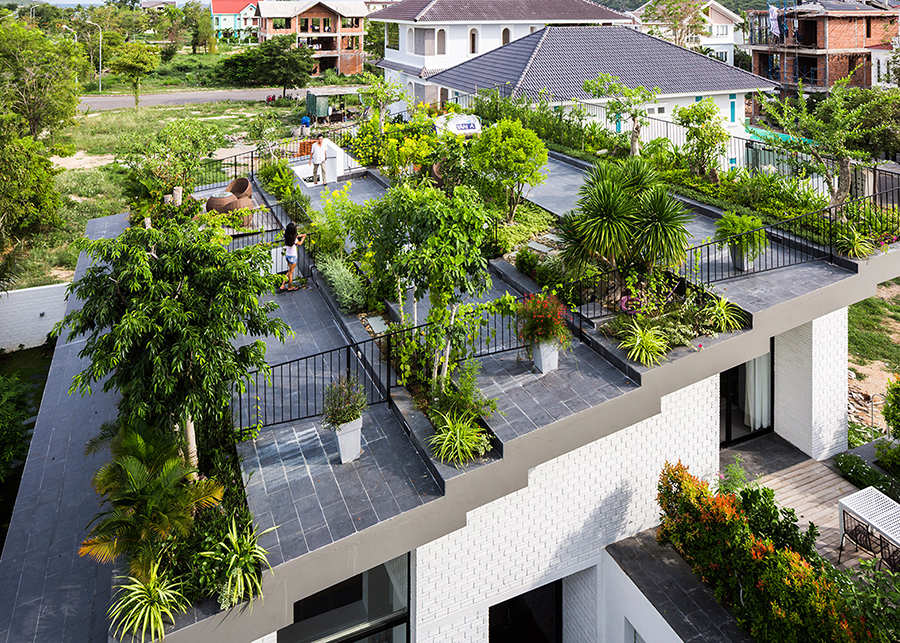 Garden Top House, Vietnam
We are seeing rooftop greenhouses of a grand scale proposed by designers for both existing and yet-to-be-built structures. We are seeing solariums and greenhouses not just in the countryside but in the centers of cities.

We are seeing beehives and green roofs on public buildings. And many hotels and restaurants now grow their own herbs in rooftop gardens and garden plots. 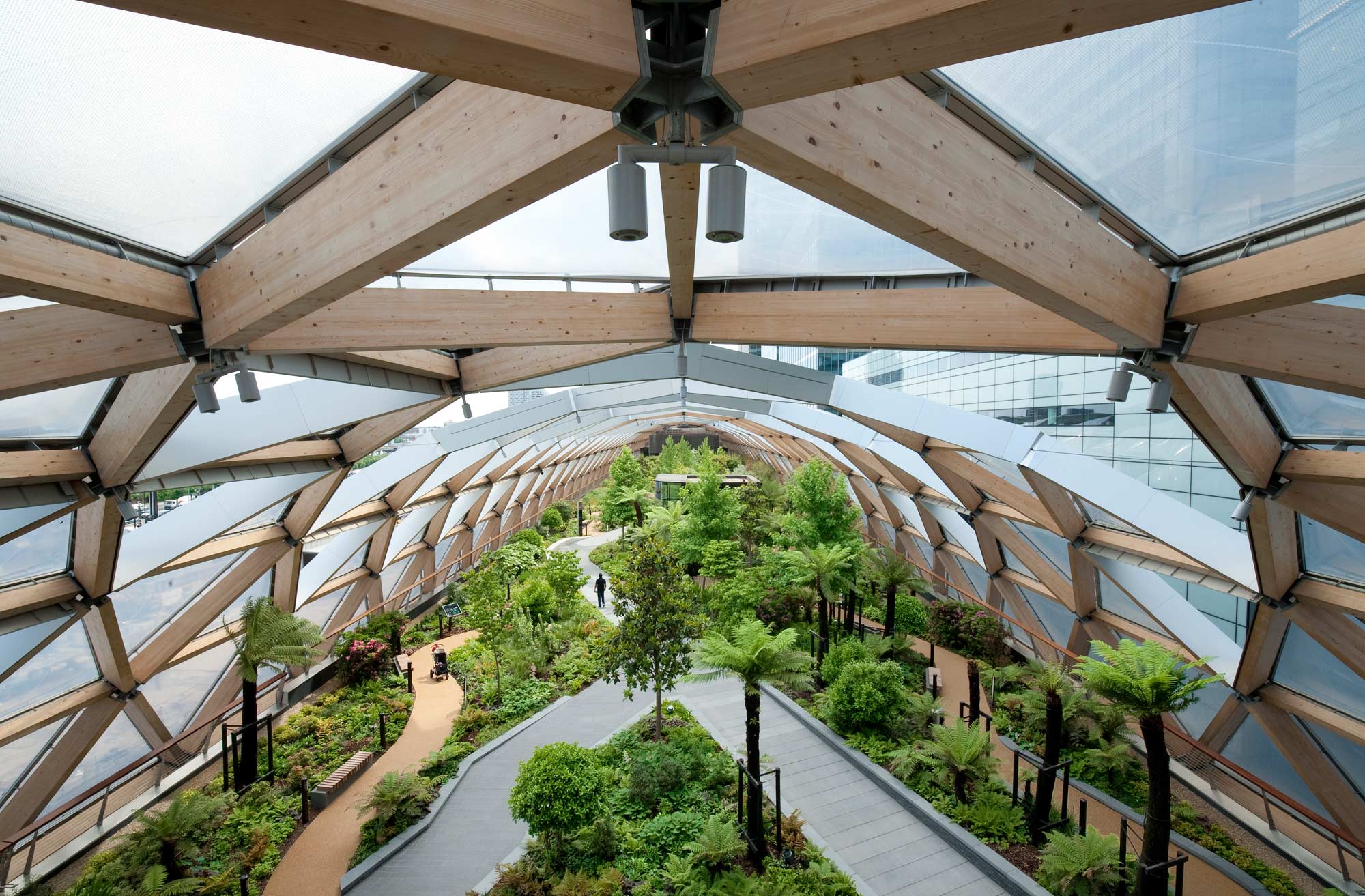 Big-city farmers’ markets, of course, have become extremely chic. From London to New York, Copenhagen to San Francisco, a hipster weekend is not really complete without a trip to the local farmers’ market for organic produce, fruit and herbs, cut flowers and those lovely un-evenly shaped loaves of organic heritage-grain bread.

All of these things are connected to each other. They are also connected to our overall interest in organic foods and sustainability, outdoor life and healthy living.

We believe that even glamping and extreme nature travel experiences – including scuba diving at night, ice climbing and heli-hiking or skiing – are all part of this same direction. 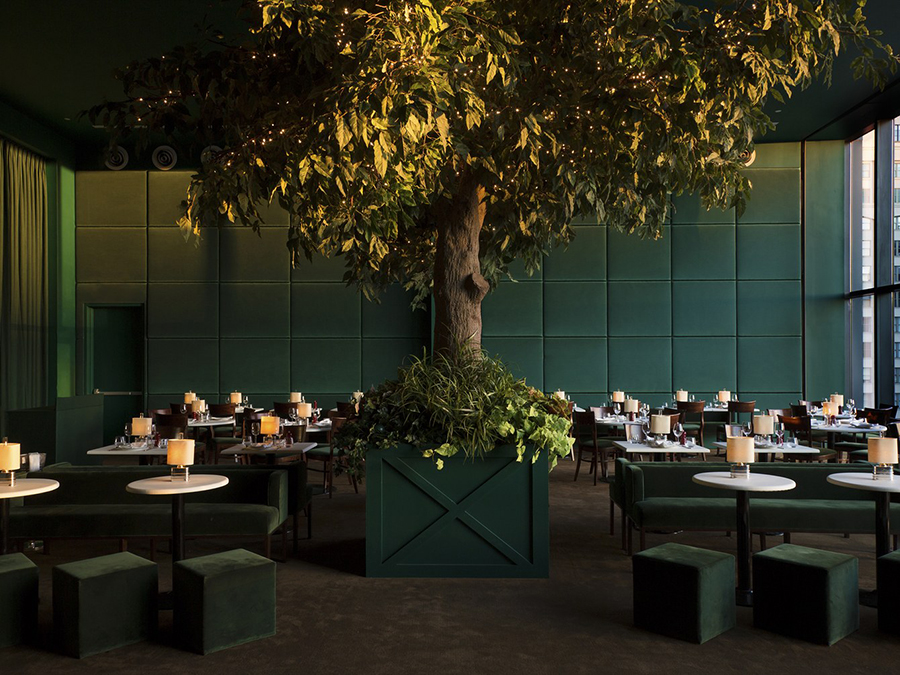 And we think all of this is not a trend. It is a permanent change. It is a significant shift, a strong signal, a persistent new direction in our thinking. It is a lasting, and necessary, change for the better.

None of the components of this shift are particularly new but the different directions and aspirations are starting to really come together and mature, and we think one of the indications of this is the increased use of greenery in design overall. Design is reflecting what we collectively desire. 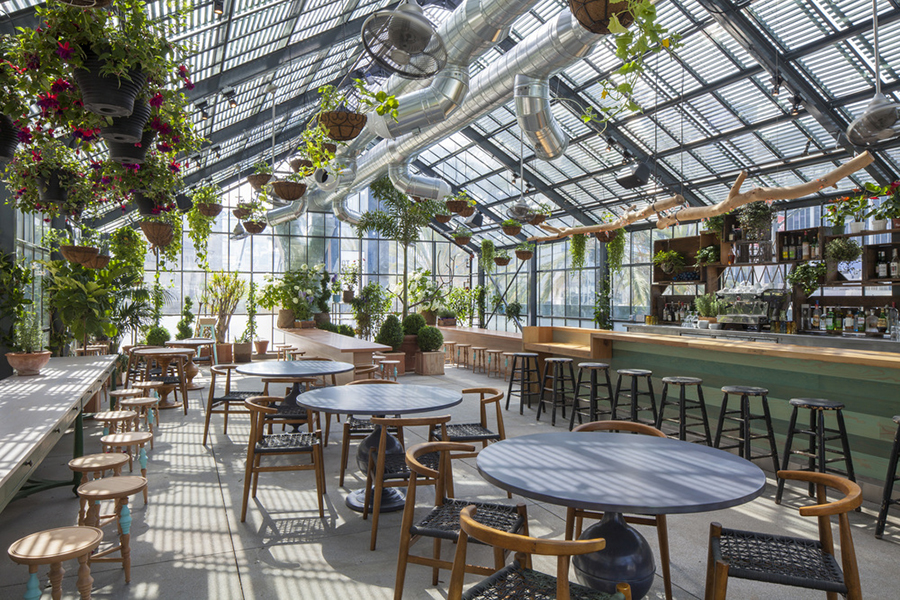 Interestingly, plants have played a decorative or entertaining role both indoors and out for a long time. Ancient Chinese were using penjing trees – later known as bonzai in Japanese – in potted miniature landscapes as indoor decorations 3,000 years ago. Indoor plants were a sign of wealth and also gave the opportunity to practice the art of gardening indoors year-round. 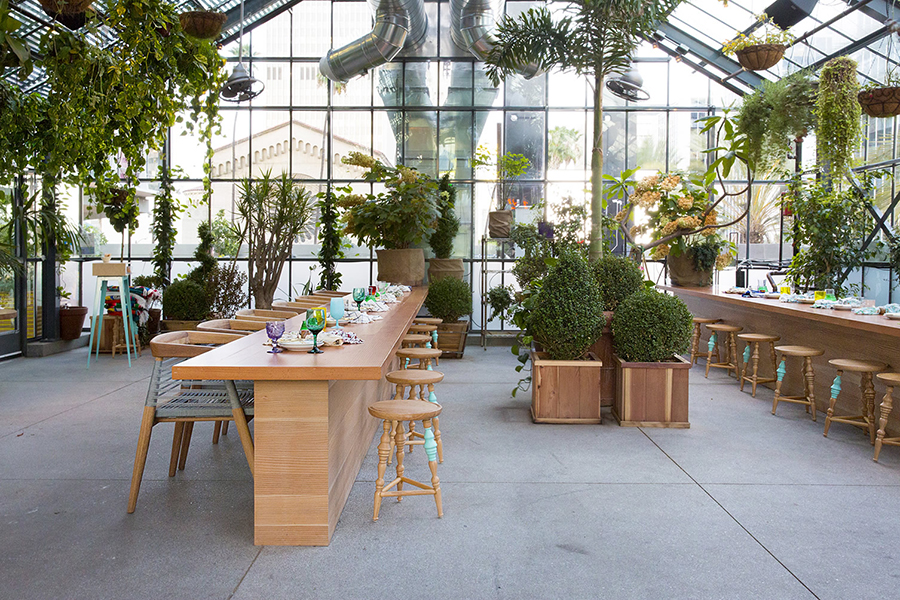 The Hanging Gardens of Babylon, one of the Seven Wonders of the Ancient World, were built by King Nebuchadnessar II in 600 BC, if they existed at all. They were said to have looked like a large mountain constructed of mud bricks with a series of tiered gardens of trees, shrubs and vines. Legend has it that the King built the garden for his wife, Queen Amytis of Median, who missed the green hills and valleys of her homeland. 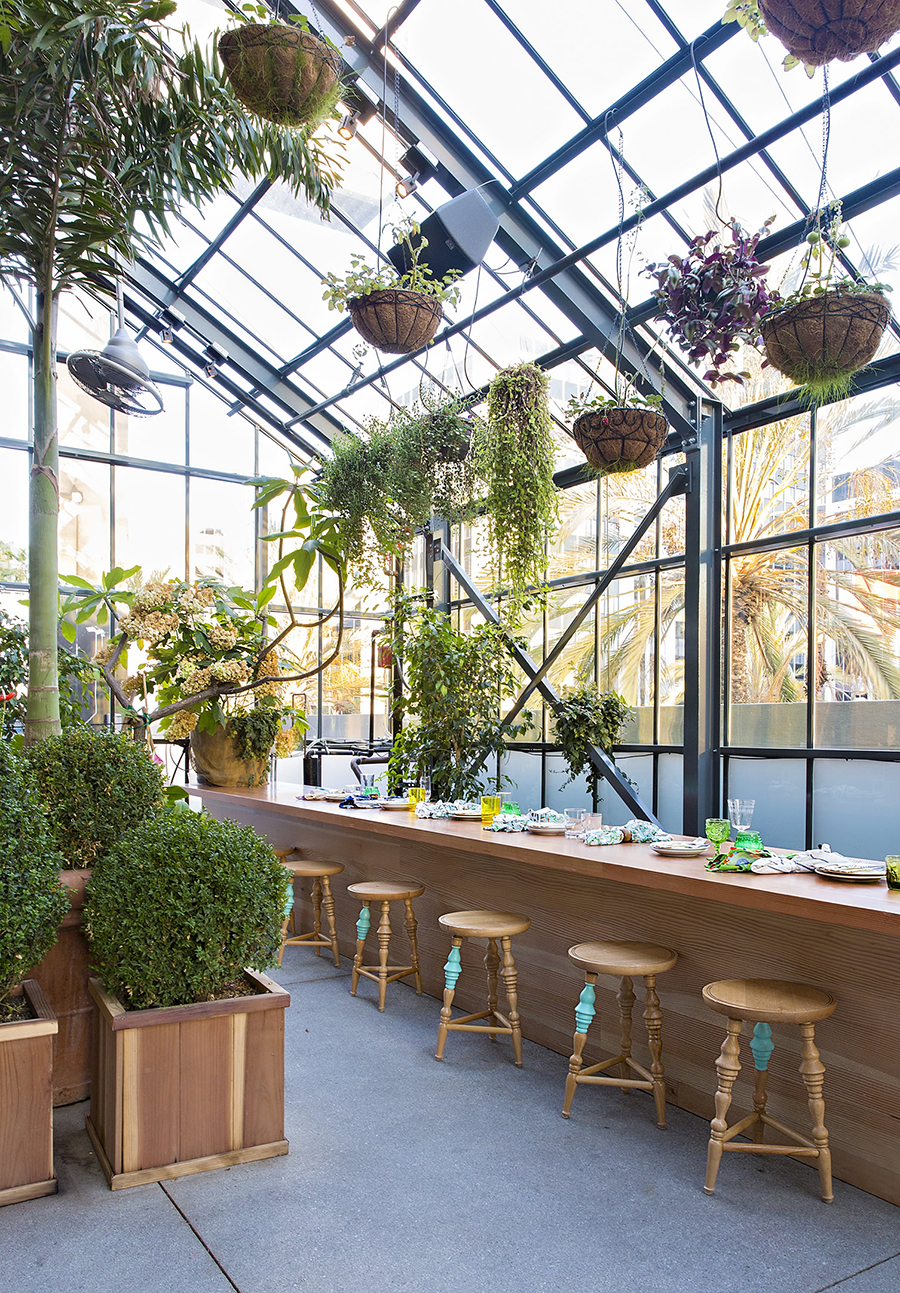 Ancient Romans loved flowers indoors as well. At around the year 0, wealthy Romans in their villas and bath houses tended to marble pots containing brightly colored flowers such as roses and exotic plants from their conquests in Europe and Egypt.

On his first major voyage across the Atlantic for the monarchs of Spain, the Italian explorer Christopher Columbus landed in the Bahamas in 1492 and brought back many of its tropical plants and flowers.

Known for their love of gardening, people in Victorian England in the late 1800s, endured the gloomy months of winter by tending to their indoor gardens of ivy and other low-light plants until they could get back to their outdoor gardens.

Perhaps learning from London’s famous Kew Gardens, opened in 1759, the Victorians also made greenhouses and botanical gardens popular. Kew was the showcase to the public of the multitude of species collected from around the British Empire. 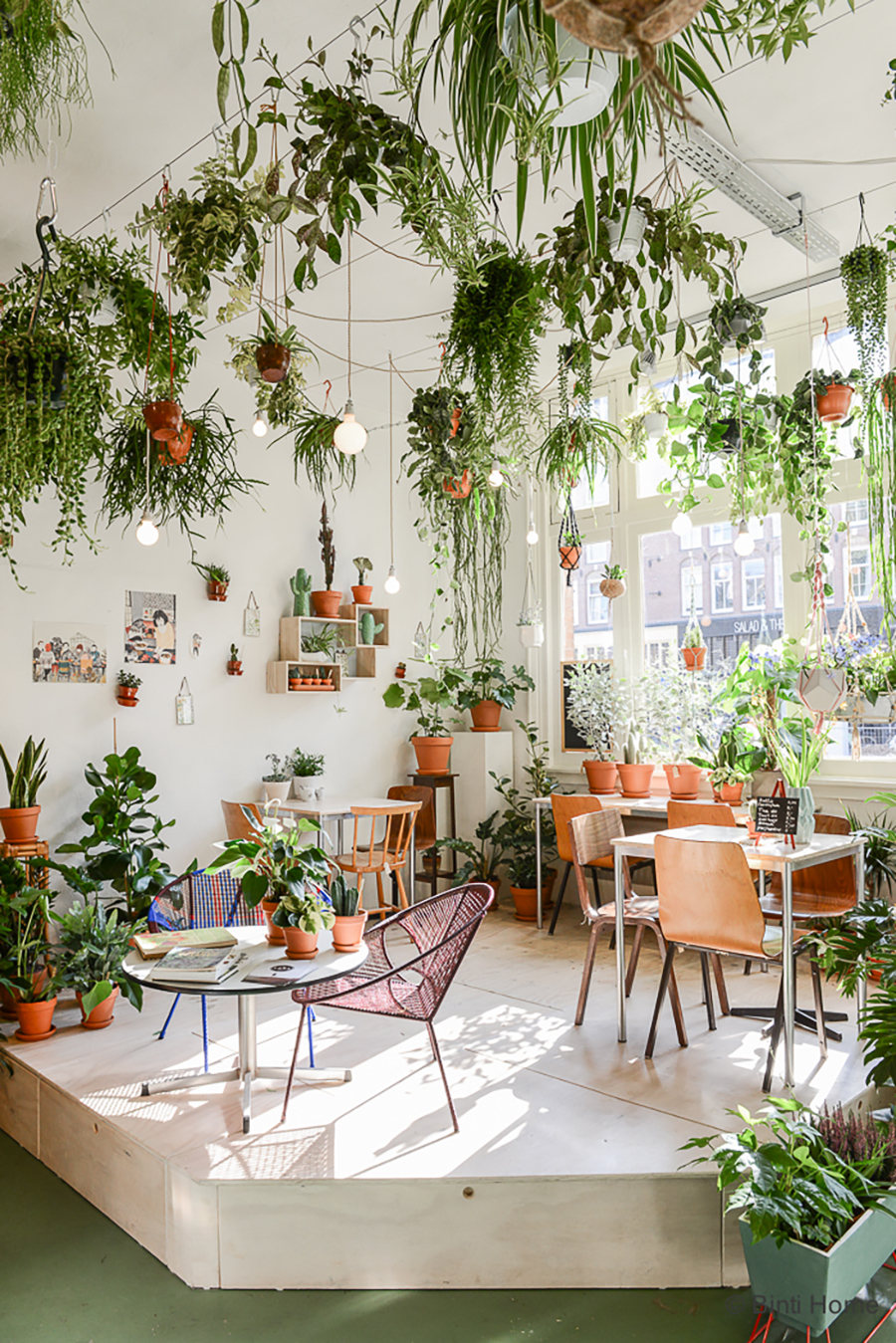 The Victorians also became interested in floriography or the language of plants in which various plants are said to mean certain things, such as passion or chastity or modesty. Gifts of flowers and plants were extremely chic and they contained secret messages to those who knew how to read the language.

When central indoor heating became possible in the mid-1800s, architects were free to create spaces with higher ceilings and larger windows. More and more people were now able to grow plants indoors, even in colder climates and during sunless moths. 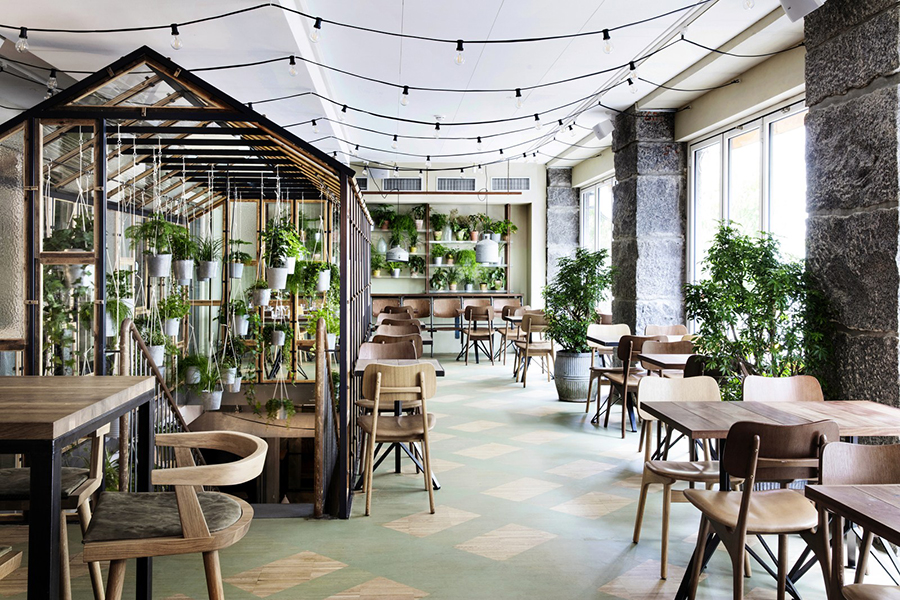 More recently, it is said that plants started to appear in workplaces and offices when women entered the work force outside the home.

Whatever the origins of our passion for plants, we are putting our faith in designers and architects, business owners, school boards, cities and governments – all of us – to ensure that the greening of our modern lives will continue and increase in the near and far future. We all need it. Tuija Seipell. 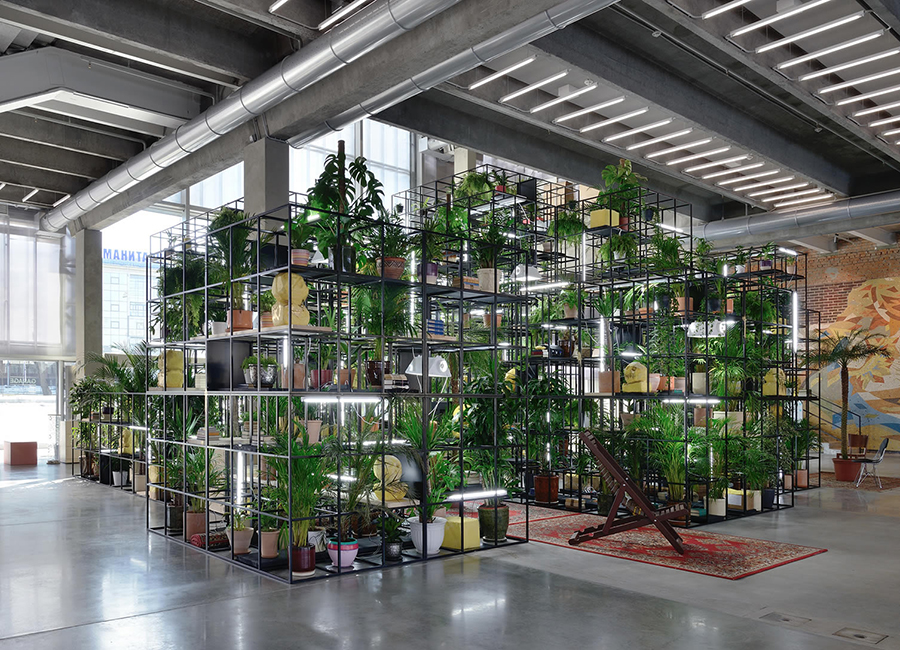 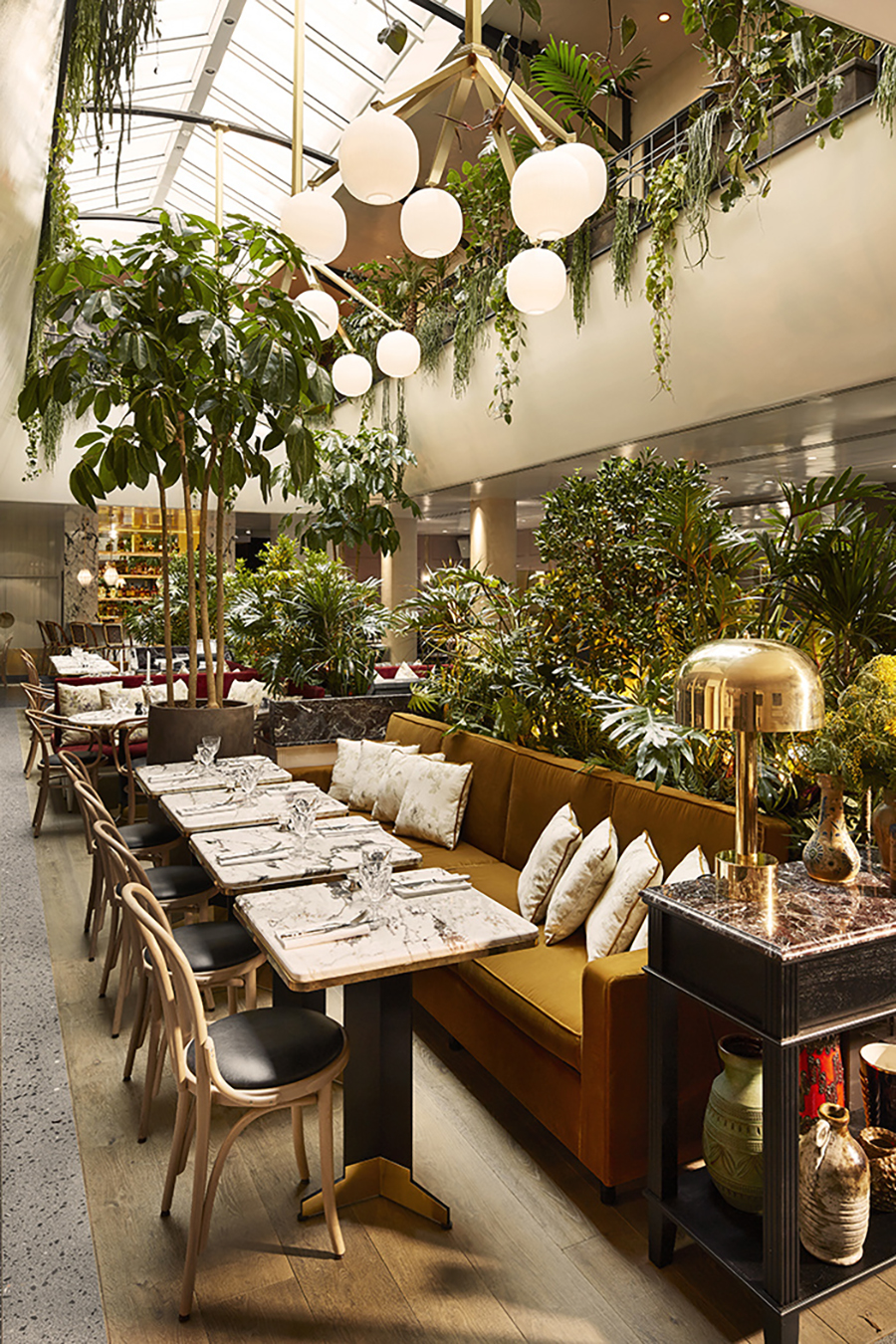