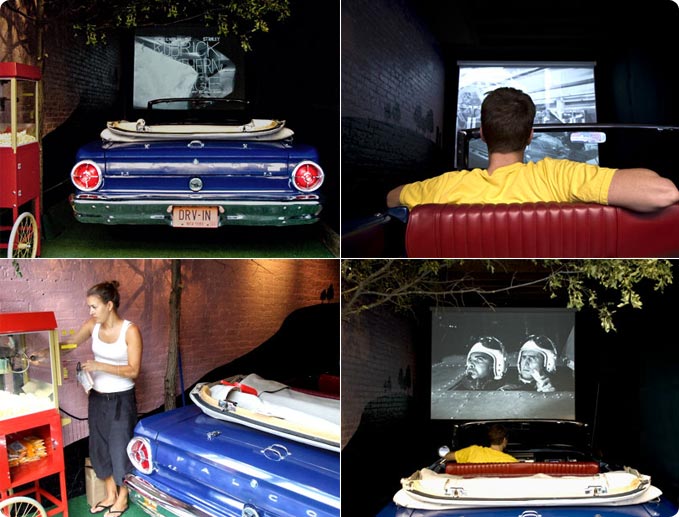 Back in May this year, we told you about a little shop in New York called Pong (pictured below). A tiny table tennis parlour that you could hire out and film your slide into sporting greatness. What we also mentioned was after three months, Pong would be gone in favour of something else.
And the time has come for it to be replaced, by a Drive-in theatre. What was formally a sporting arena, is a cinema fitted with a 1965 Ford Falcon convertible and widescreen. Starting with films from 1960 and progressing chronologically each night, DRV-IN speeds through four decades of cinematic achievement.
With seating for six and a full concession stand, where else in Manhattan are you going to relive all those crappy B-Movie moments you saw when you were a kid? By Matt Hussey 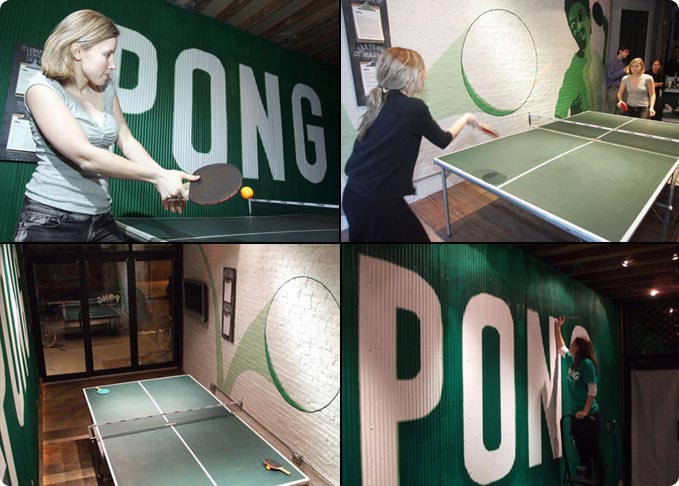