Designed by Prague-based design and architecture studio Formafatal, Argentinean restaurant Gran Fierro in Prague is the second act in the two firms‘ cooperation.

This year, Formafatal principal architects Dagmar Štěpánová and Iveta Tesařová worked with Granfierro founder and CEO, Argentinean restauteur Juan Cruz Pacin to create this new version of Gran Fierro on Myslíkova Street. In 2015, the team members at Formfatal were Dagmar Štěpánová and Katarina Varsová and Gran Fierro was located on Vorsilska Street. 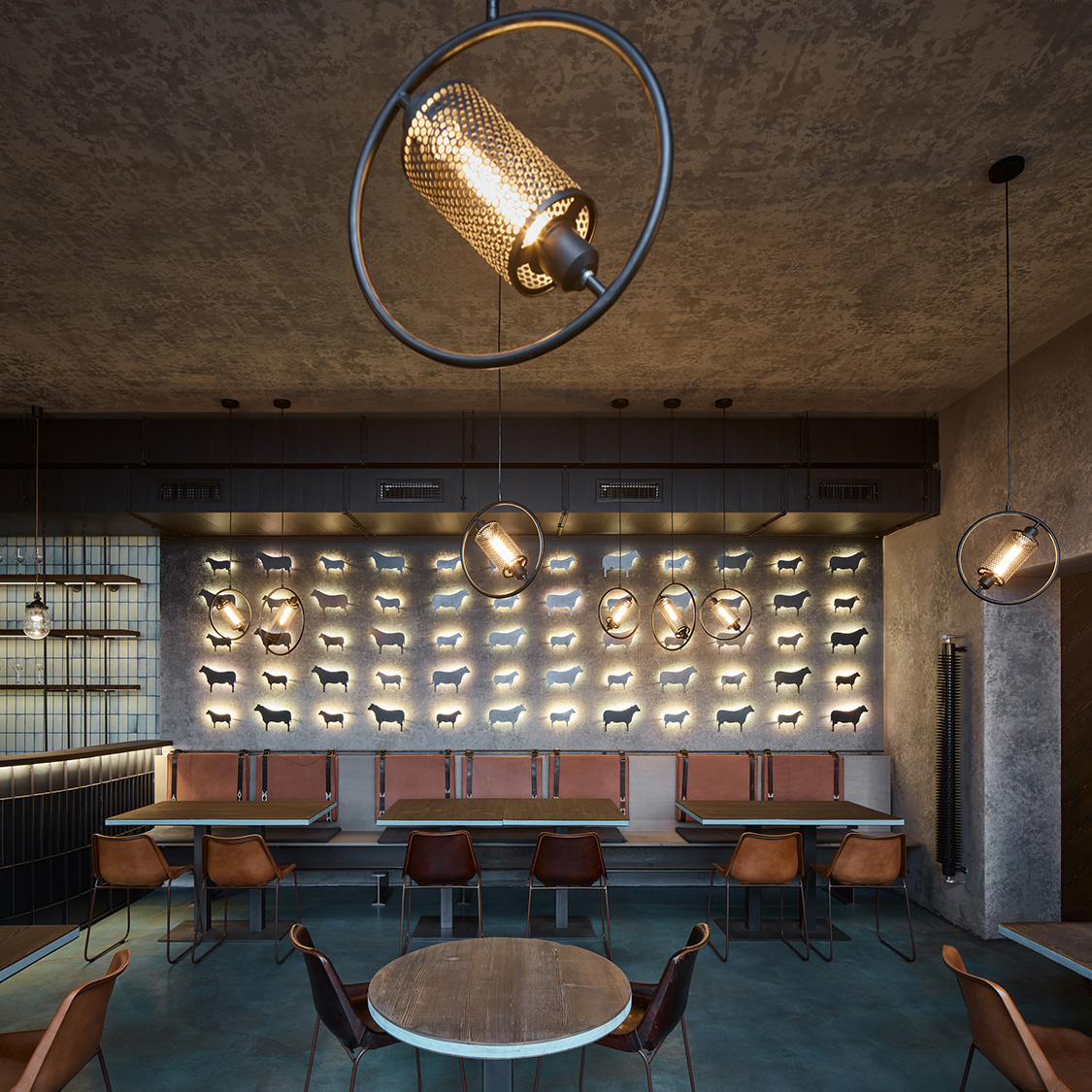 The latest iteration of Gran Fierro benefits from the atmosphere of its location. Although the 390 square metre (4,198 sq.ft) space (including garden) that used to be a pub is located in the New Town (Nove Mesto) area it benfits from the vibes of the Historic Centre of Prague that is a UNESCO World Heritage Site. 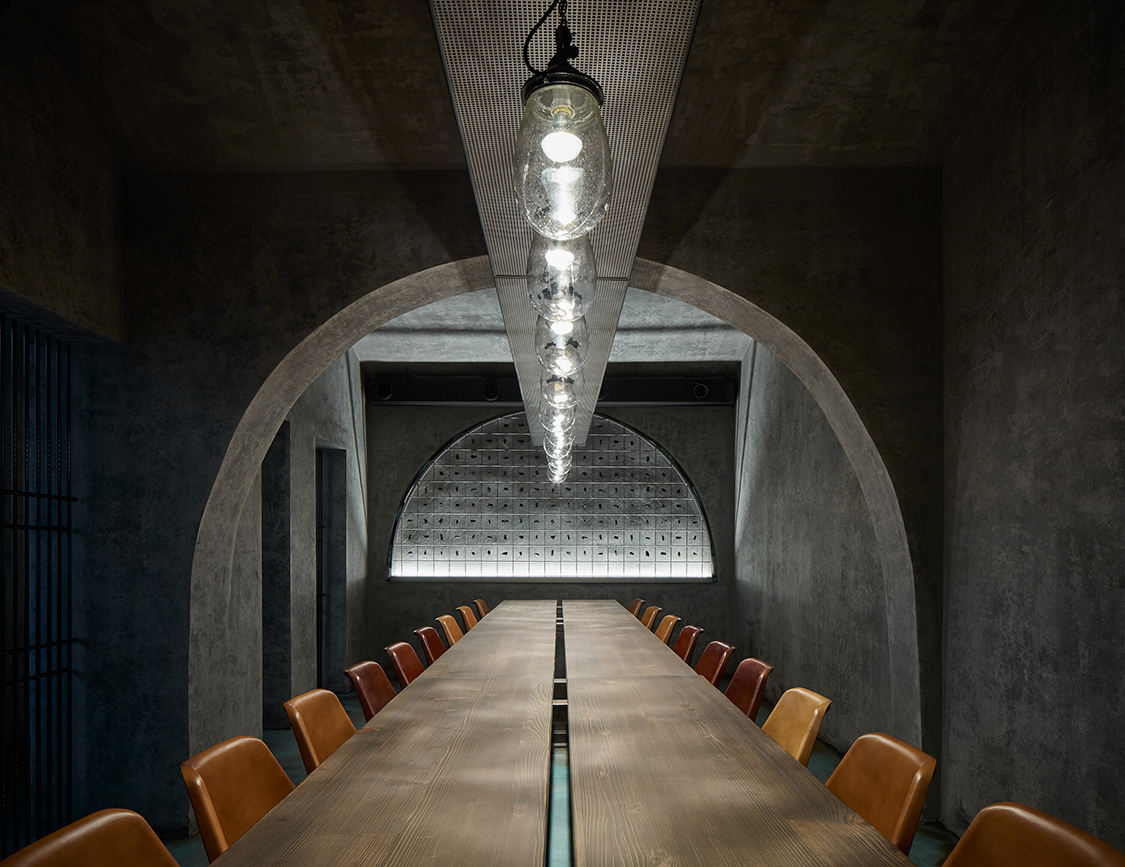 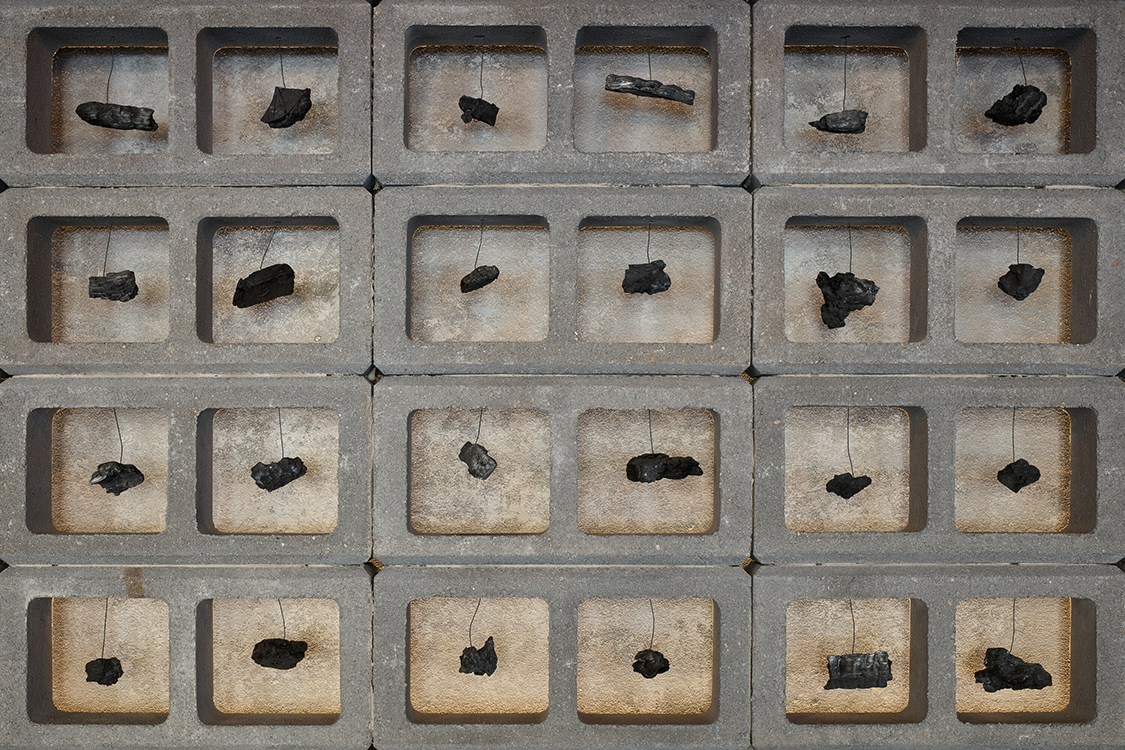 Those who knew the earlier version of Gran Fierro will recognize many components that have been integrated in the new iteration. The bar stools, some of the lighting and the overall sense of various grid patterns all look familiar. 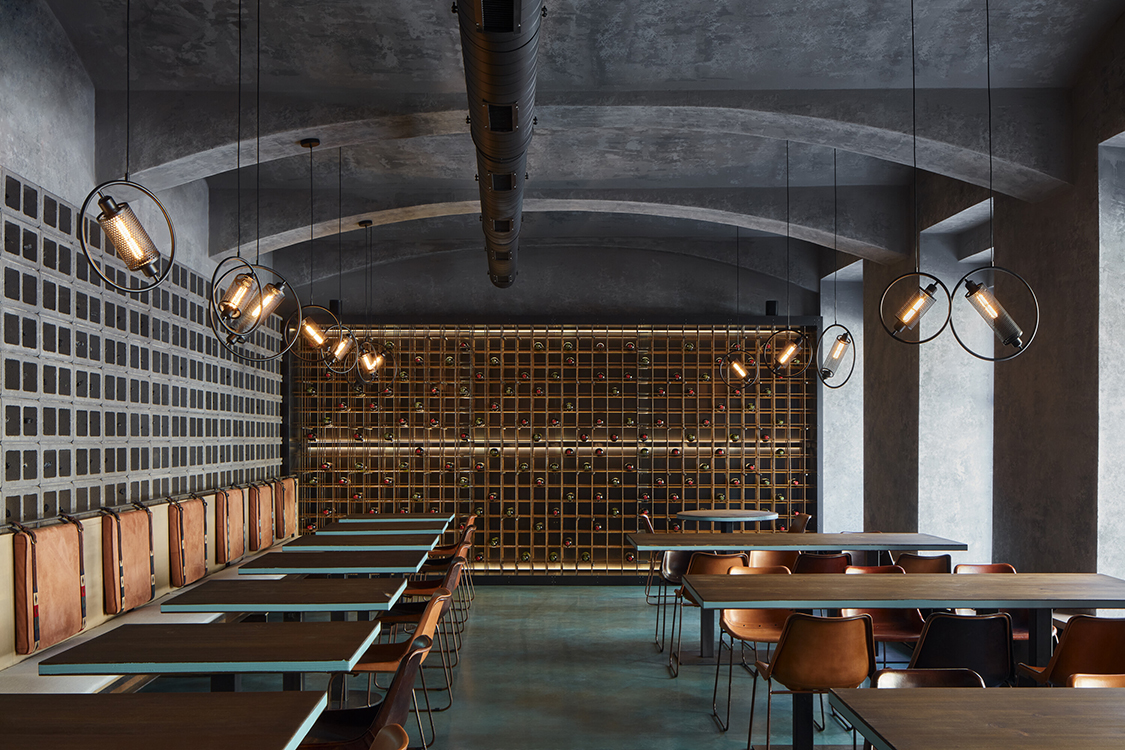 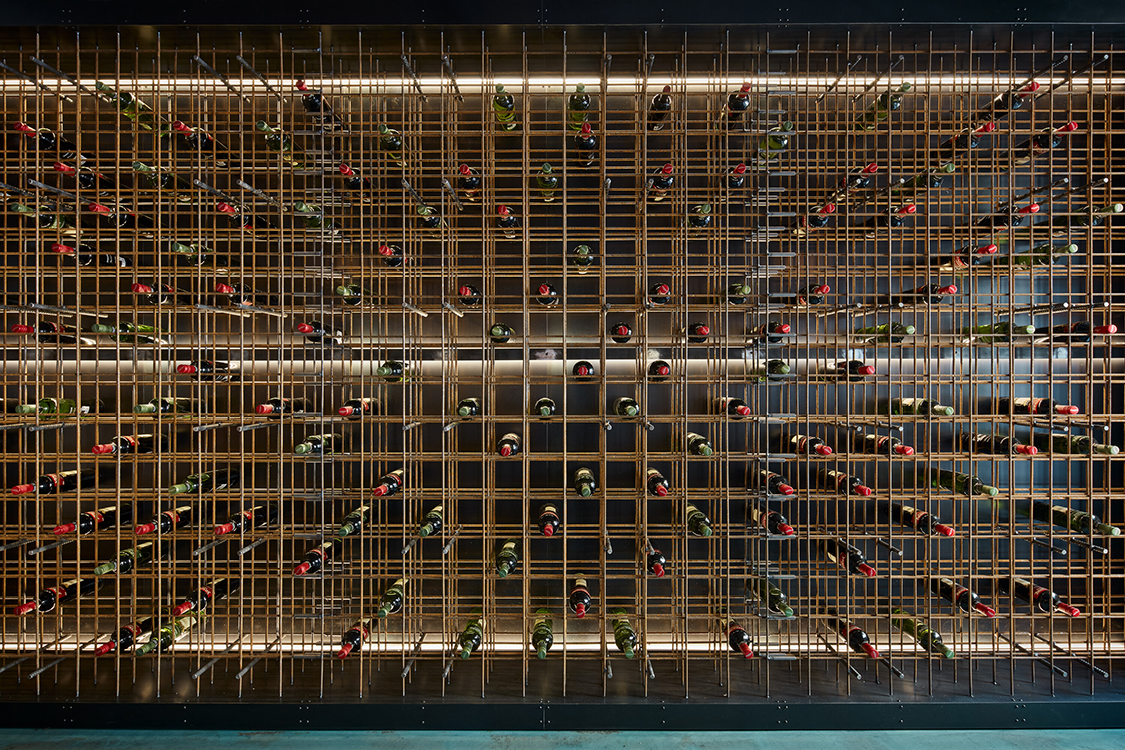 Reuse was indeed one of the key guiding principles of the entire design process. This could have been a serious drawback further limiting the designers who already faced limitations due to the historic location. 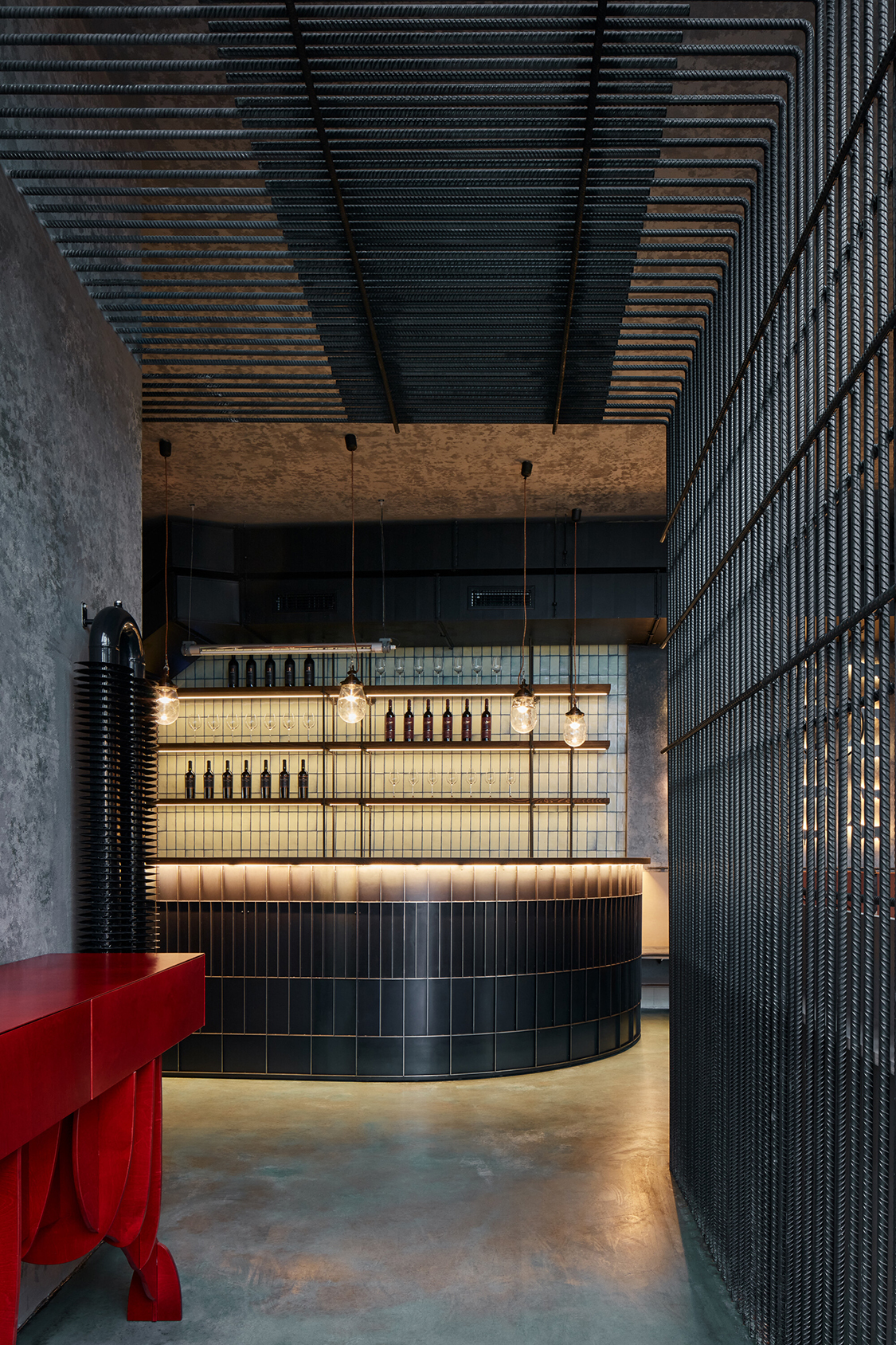 But the designers used the existing furniture and equipment whenever possible. They also incorporated new features, such as raw construction materials that they used in unexpected ways. They turned exposed steel beams into bench bases, concrete bricks into display cubes, iron bars into space dividers and bar bottle racks, and wire mesh into trellises for plants and garden fencing. With its grey concrete arches and columns and its metal and leather accents, the restaurant now has a cool industrial vibe but the overall feel of patina and a sense of history are also appropriate for the location. The designers have managed to conjure an updated historical setting, not easy to pull off with so many restrictive issues potentially hindering their creative freedom. An open-plan kitchen and a lovely back area with summer and winter gardens create an atmosphere of openness and community in the 163-seat restaurant.  Tuija Seipell