Google Zurich – Anything But Neutral 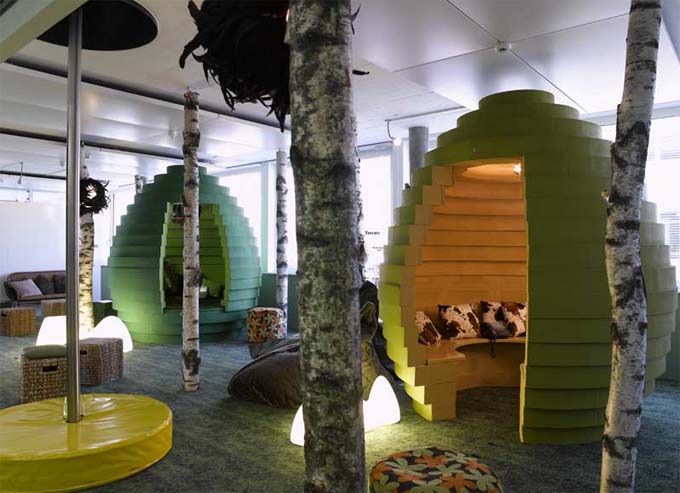 At the end of last year we filled you in briefly on the evolution ofoffice design from autonomous, uninspiring closed spaces to theubiquitous cube and finally the latest incarnation of creative,motivational and dynamic workable environments. And now we’reback to tell you about one of the latest projects from the architectureand design firm Camenzind Evolution: Google Zurich.
And what is truly remarkable about this project is that CarmenzindEvolution delivered exactly what Google desired, while not exceedingthe costs of many conventional interior office fit-outs. Thedesign team began by working closely with Google through the pre-designprocess by interviewing all 350 employees with the intention ofincorporating their ideas into a new workspace. Because manycompanies spend excessive amounts on furniture and finishes that havenothing to do with how the employees work and interact within thespace, the final design resulted in elements from which the so-calledZooglers’ would benefit most. 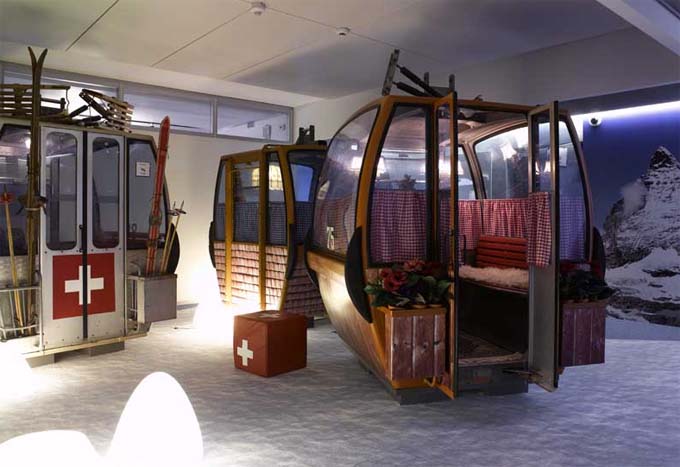 Stefan Camenzind, the design firm’s founding partner, reveals theessential considerations that led to the innovative creation for thenew office space in Zurich: staff knows better than a managementcommittee what works best based on personality types; flexibility ofspace allows employees take ownership and feel like they belong;communal areas can and should be outlandish and inspiring; bold, cleancolour will successfully change the character of the room; cash isalways well-spent on an extraordinary coffee machine rather than onsoda or junk food; and finally, it’s OK and even recommended to splurgeon a few signature items rather than going all out on carpet, furnitureand chairs, all of which can amount to spending too much on the stuffno one notices anyway. 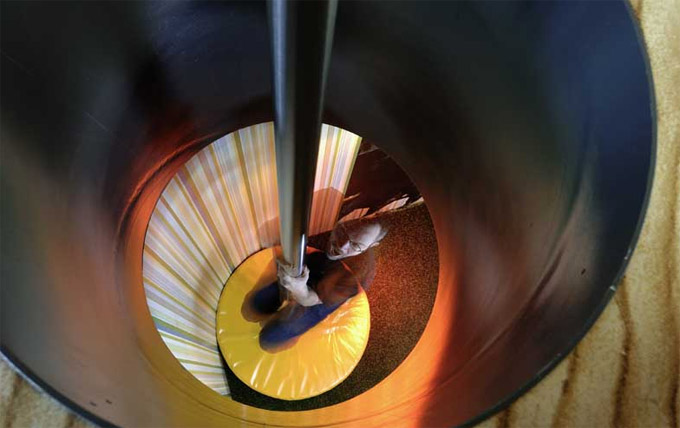 Keeping all that in mind, let’s dissect Google’s new EMEA EngineeringHub located within walking distance of Zurich city centre in theHurlimann Areal.’ The building was originally a brewery that hasbeen converted in to a vibrant mixed-use development of residential andcommercial spaces, including shops and a spa hotel. The Google officescomprise seven storeys of 12,000 square metres of floor space for up to800 employees.
A diverse team of Zooglers was assembled and represented the entirestaff by approving and rejecting nearly every aspect of the interiorfit-out. Carmenzind Evolution was never given a specific designbrief, but instead followed the directions and recommendations given bythe steering committee. Another unique element included in thedesign process was the involvement of a psychologist who administered asurvey to each employee identifying both emotional and practicalrequirement of the Zooglers. 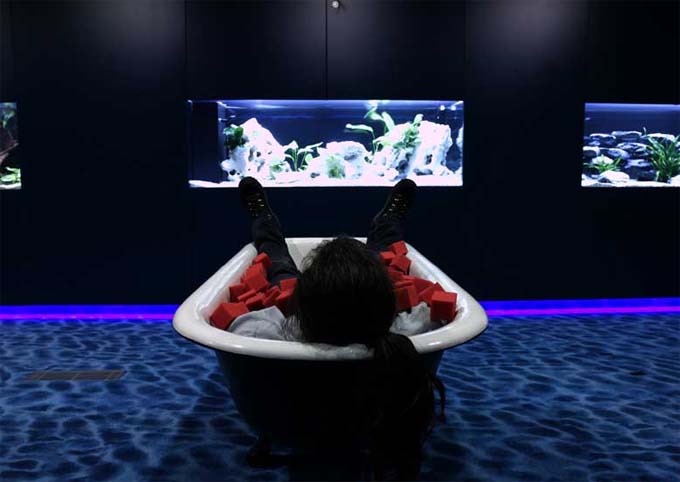 The final design strategy involved the creation of highly functional,yet somewhat basic individual workspace surrounded by proportionallylarger, highly stimulating communal areas and meeting spaces. Open-plan workspaces were created for 8-10 employees, whilstglass-partitioned offices were built for smaller work teams allowingfor both transparency and light from the outside, as well as creatingthe required degree of privacy from within. And because theaverage Google worker moves workstations twice a year, each area has tobe exceedingly flexibly and adaptable.
Every floor is individually themed and colour-coded allowing foreffortless orientation. The fifth floor, the history floor, wasdesigned to resemble an old library parlor. The meeting room haslarge overstuffed sofas and chairs, dark, velvet curtains, a fireplaceand a chandelier. The fourth floor is the green floor — theenvironment floor. The communal spaces have large, cocoon-likemeeting areas amidst a forest of tree trunks. Zooglers can slidedown a pole from the floor above into the space. And the thirdfloor’s theme is Switzerland. The floors have carpets that looklike snow, and ski gondolas have been converted into meetingspaces. Igloo Satellite Cabins allow work teams to closethemselves off to their surroundings and attend videoconferences withpeers around the world. 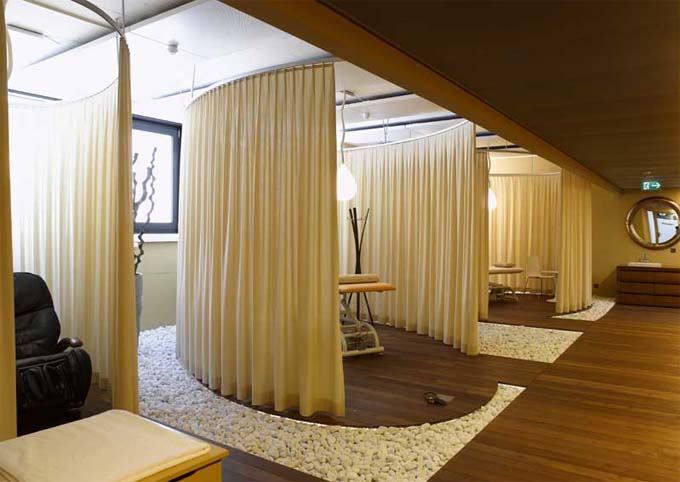 Other noteworthy communal areas include an aquarium water lounge whereworkers can chill out in foam-brick-filled bathtubs; a massage spa anda games room to play billiards, foosball and other video games; theMilliways cafeteria accessible via a large spiral slide where chefs uselocal produce to offer fresh meals; and a fitness studio offering groupyoga and Pilates classes. And as each communal area is dispersedthroughout the seven floors, Zooglers are encouraged to circulate andexplore thereby increasing their interaction and communication withco-workers from every department.
We have to admit we’re huge fans of socially-inclusive design processes— and the design team at Carmenzind Evolution were dedicated toinsuring the wants and needs of each Google employee in Zurich were met— and usually even exceeded. Google, of course, is a highlyinnovative and effervescent company where their new relaxed workenvironment will undoubtedly inspire and motivate Zooglers to keep thecompany moving forward while conceiving provoking initiatives. By Andrew J Wiener. 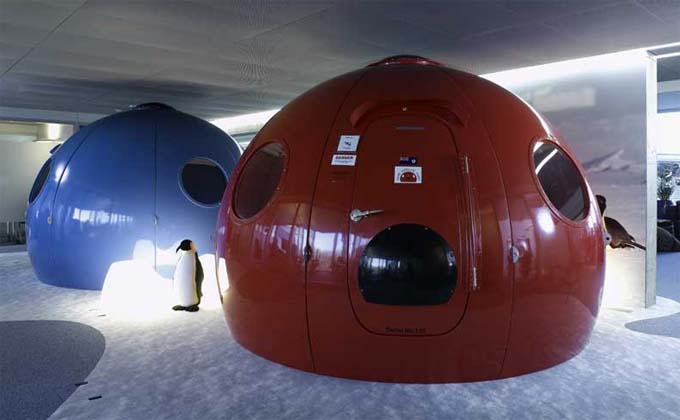