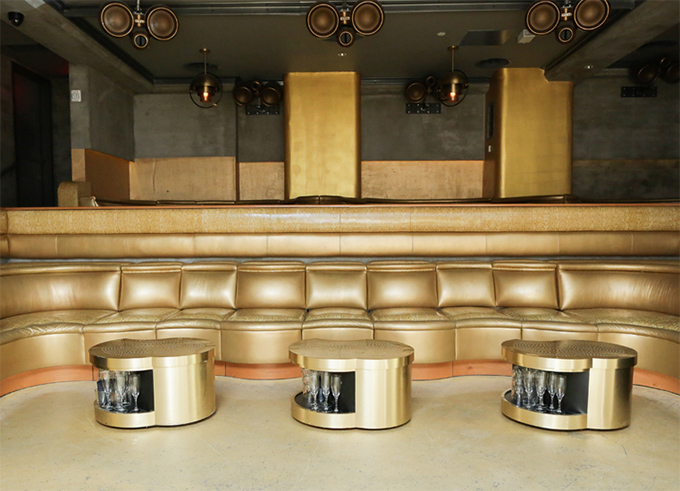 New York restaurateurs, Eric Marx and Lisle Richards, known for the Wayfarer at The Quin, have taken on a massive project and turned a Meatpacking District haunt into party central. 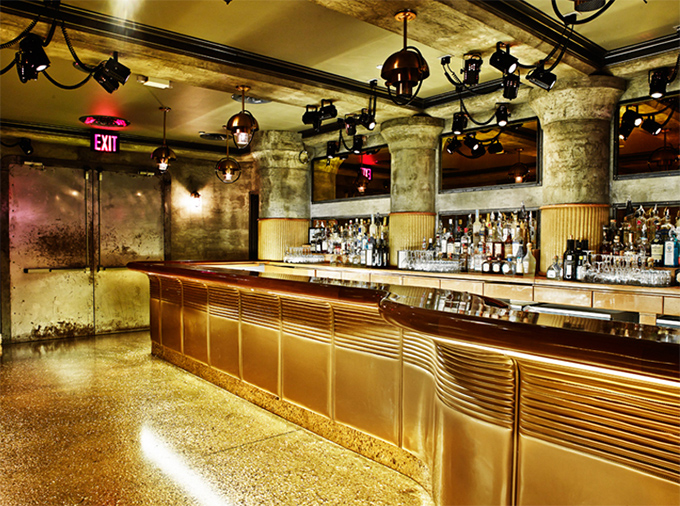 The pair opened the elegant Monarch Room earlier this year and just recently, right below it, the Gilded Lily bar. The location of the Monarch and the Gilded Lily is 408 West 15th Street, the former home of the 70s and 80s gay party spot, Crisco Disco. The building has stood empty for three decades while the District around it has been transformed.

To create the interior for Gilded Lily, Marx and Richards worked with New York-based Roman and Williams (of Highline Hotel, Ace, Standard and numerous high-profile restaurants and residences). 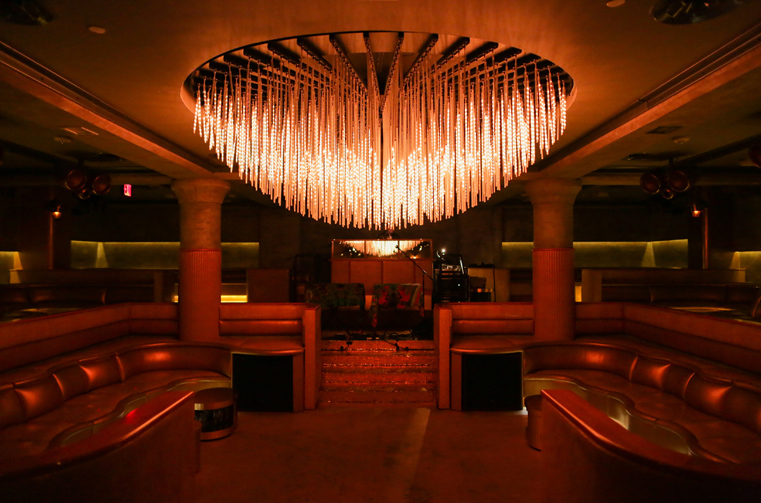 They gutted the entire building right down to the support joists and then recreated from these bare bones a special blend of rough industrial brutalism and slightly sinful glamour.

Dancers on the sunken dance floor can now enjoy raw cement surfaces, golden leather seating and a new take on the disco ball: an enormous chandelier of long spikes that is synchronized to the deejay’s music beats. 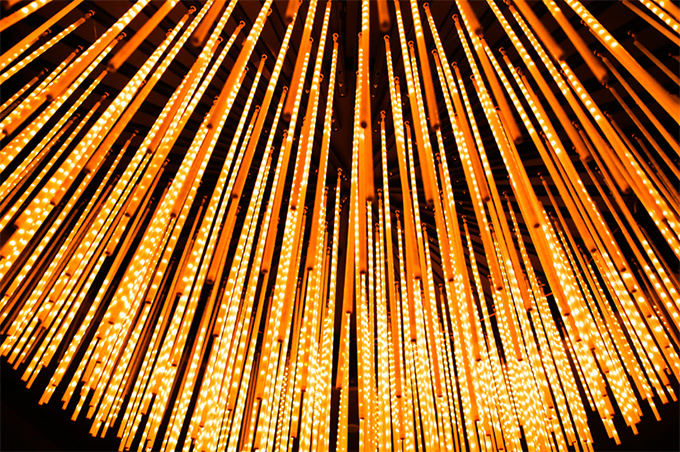 Apparently the name Gilded Lily comes from the idiom of ‘gilding the lily’ that means covering something with a thin layer of gold and/or unnecessarily enhancing something already beautiful. In Gilded Lily both are true. The already handsome raw space has been embellished by a thin touch of gold. But not completely unnecessarily as it all seems to belong perfectly and echo the past of the District and the building itself. – Tuija Seipell