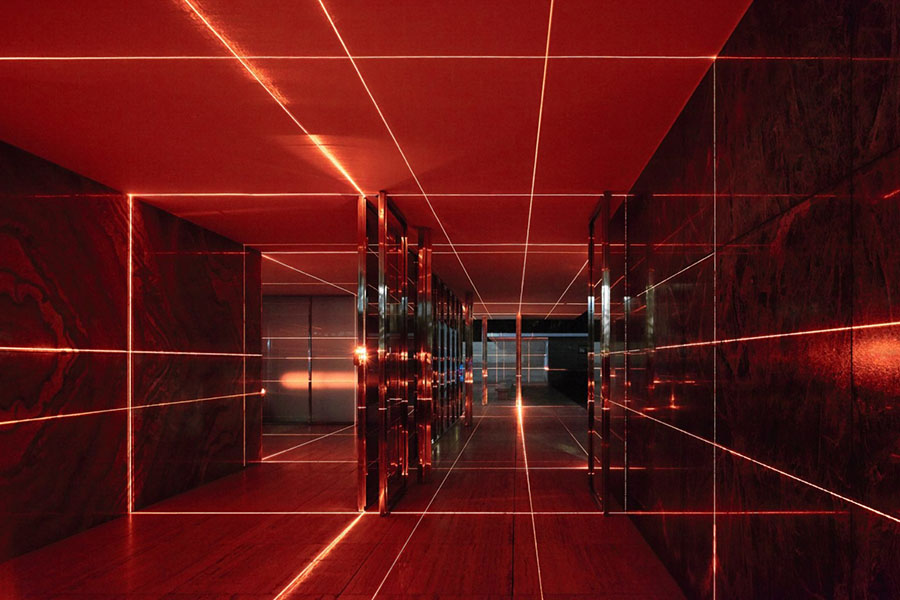 Chicago-based Luftwerk is an artistic collaboration of Petra Bachmaier and Sean Gallero founded in 2007. The duo explores light, colour and sound in immersive temporary installations that are often based on the topography and history of the site.

Earlier this year, they created installations within two of Ludwig Mies van der Rohe’s famous installations, the Barcelona Pavilion and the Farnsworth House. 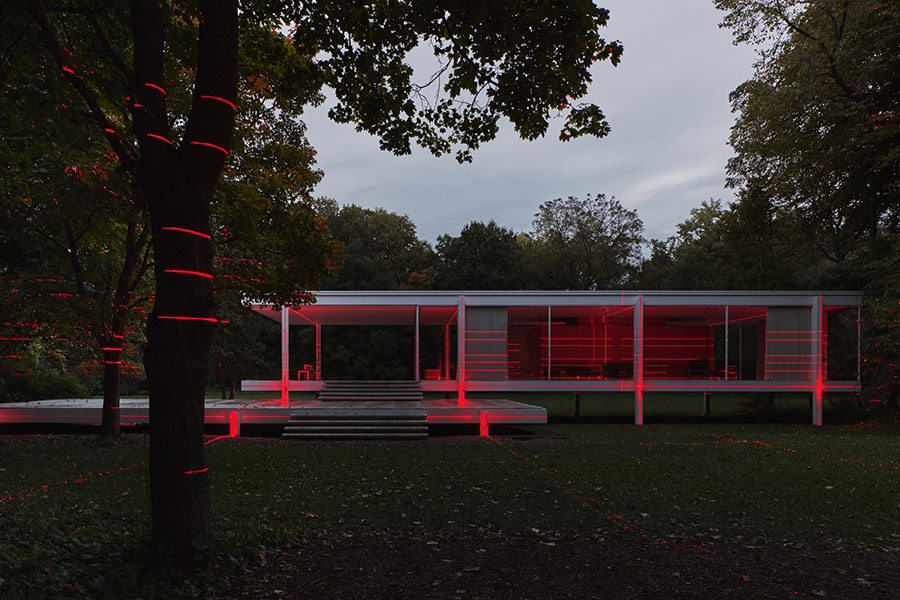 To create the works, they collaborated with Chicago-based architect Iker Gil of MAS Studio and Barcelona-based sound designer Oriol Tarragó who was awarded Best European Sound Designer title in 2018 by European Film Academy. 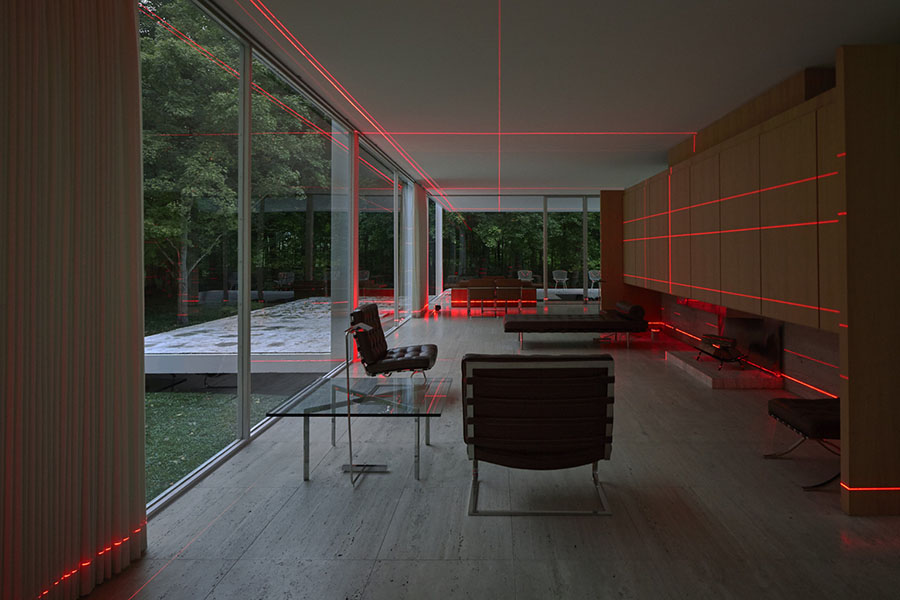 In February, Geometry of Light took place at the German Pavilion in Barcelona, presented as s part of the Fundació Mies van der Rohe’s ongoing program of artistic interventions, and corresponding with the LLUM BCN Festival and the Santa Eulàlia Festival. 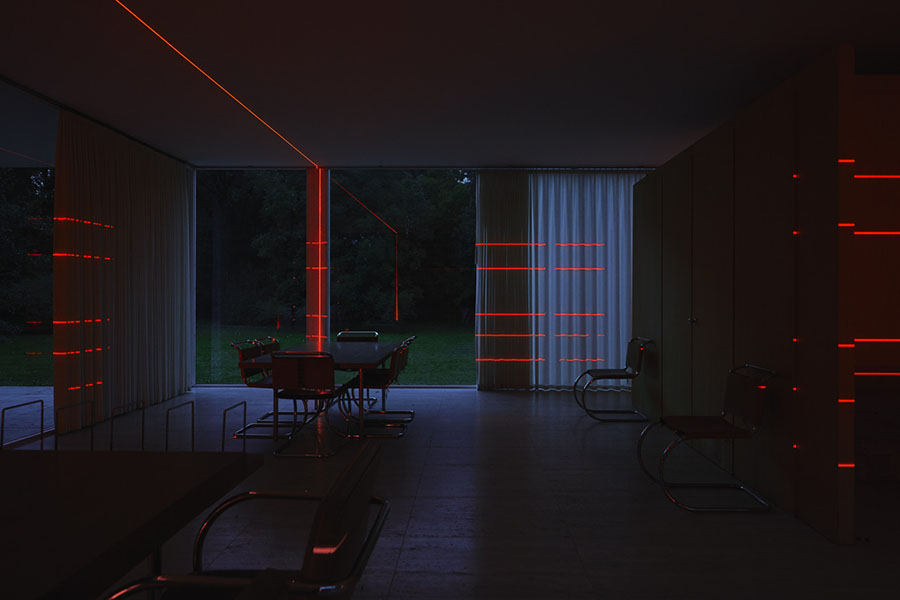 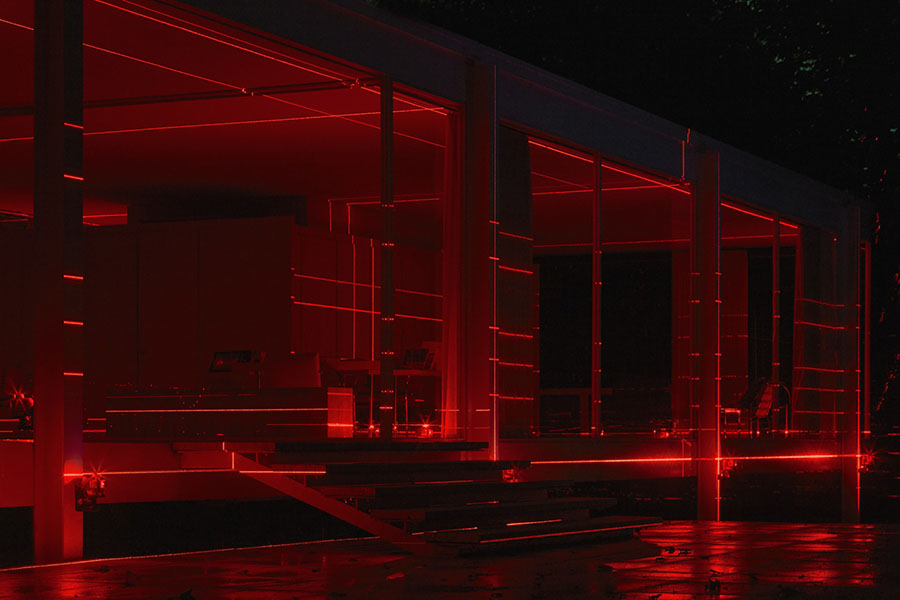 Lufwerk’s installation focused on the gridded plan of the pavilion, animating and highlighting the architecture and altering the composition of the pavilion. To emphasize the projected light and to create an immersive experience, Oriol Tarragó custom-designed sound piece for the installation.

In October, coinciding with the currently ongoing third edition of the Chicago Architecture Biennial, the second edition of Geometry of Light was presented at Mies van der Rohe’s iconic Farnsworth House in Plano, Illinois. 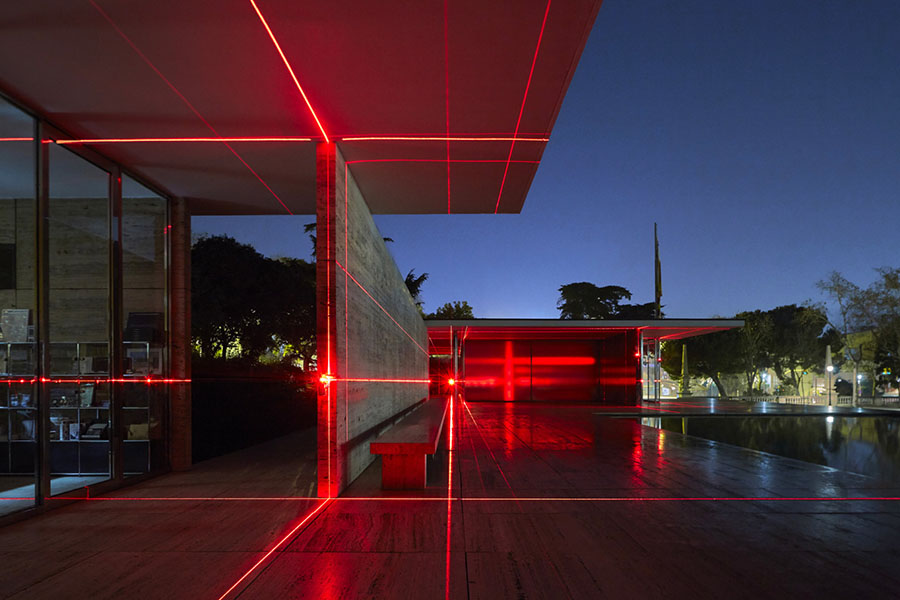 Luftwerk has also created temporary works at Chicago’s AT&T Plaza in Millennium Park that is famous for Anish Kapoor’s Cloud Gate, and at Garfield Park Conservatory, one of the largest greenhouse conservatories in the United States. 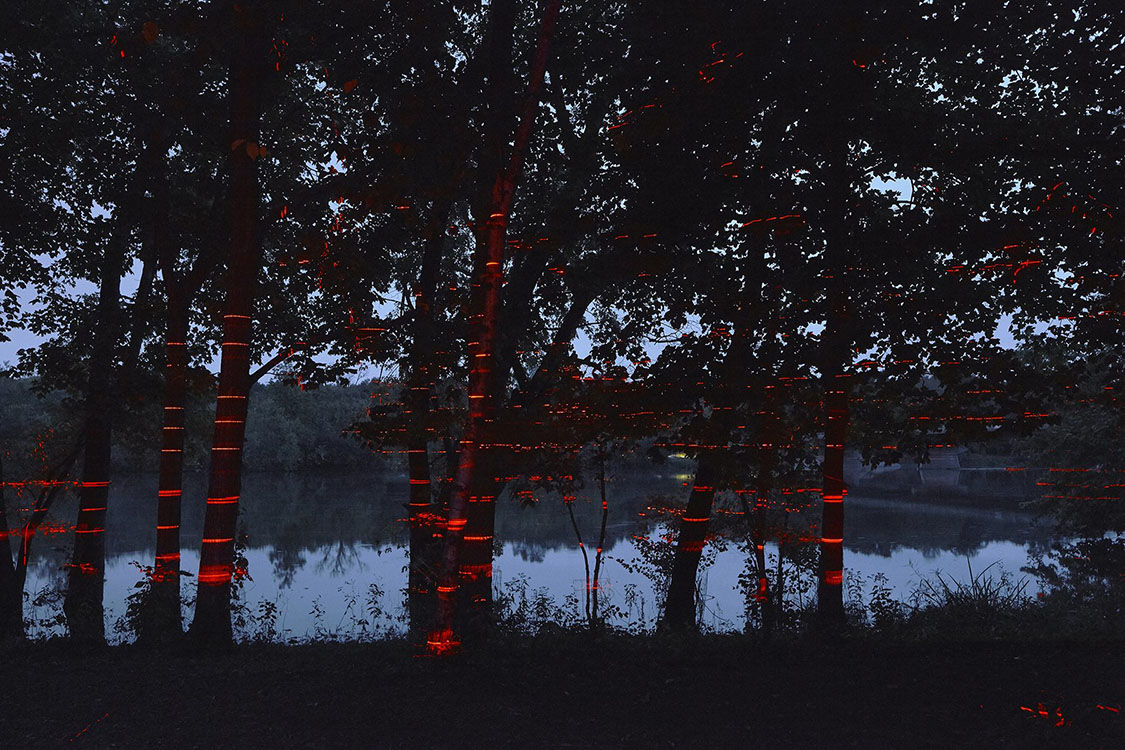