From the Garden House was an exceptional project for the Katowice-based architecture studio KWK Promes. Situated in a secret location in the Polish countryside, the private villa took a path to completion that was unique in more ways than one. 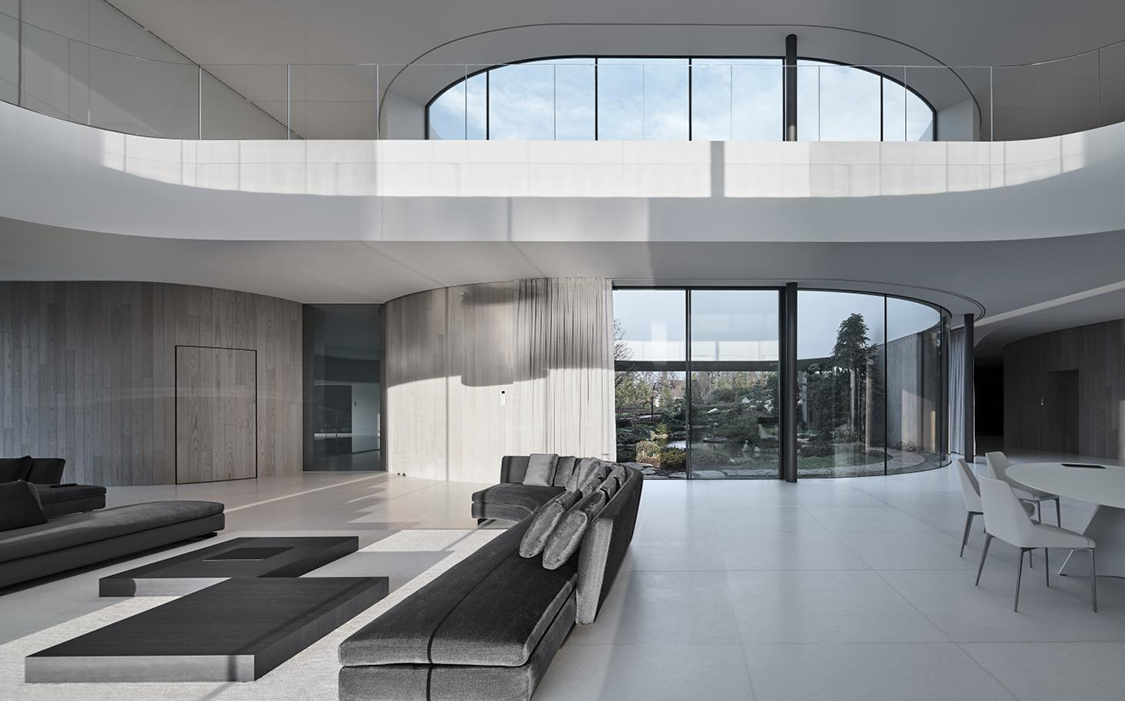 First unusual aspect was the extent of time that it took to complete the entire project. KWK Promes founder, Robert Konieczny, had his first discussions with the client in 2008, yet the villa was completed in early 2020. 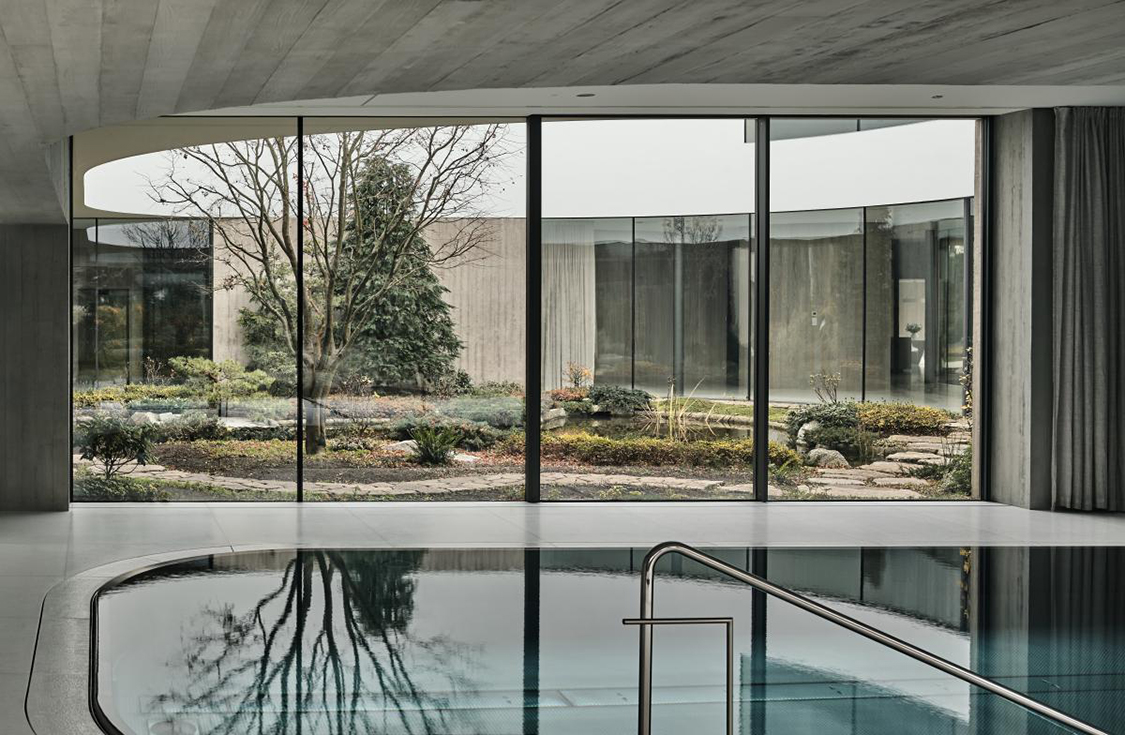 The second exception to norm was that instead of selecting a gorgeous site for his future villa, the client had bought a non-descript, 2.5 hectare meadow site that really had very little to recommend it as a setting for an opulent villa of substantial size.

And thirdly, the client did not want to build a house and then create a garden to respond to it, he went about it backwards. He hired a Japanese garden designer to create a garden setting on the site in advance of starting the plans for the house. He told the garden designer only that he should leave space for a house and that the garden should and will influence the house design.

To the initial frustration of Konieczny, the garden designer and architect did not have a mutual language in which to communicate. So, Konieczny resigned to this fate and decided that he will think of this newly created landscape just like he would think of any site to which a house must conform and respond. 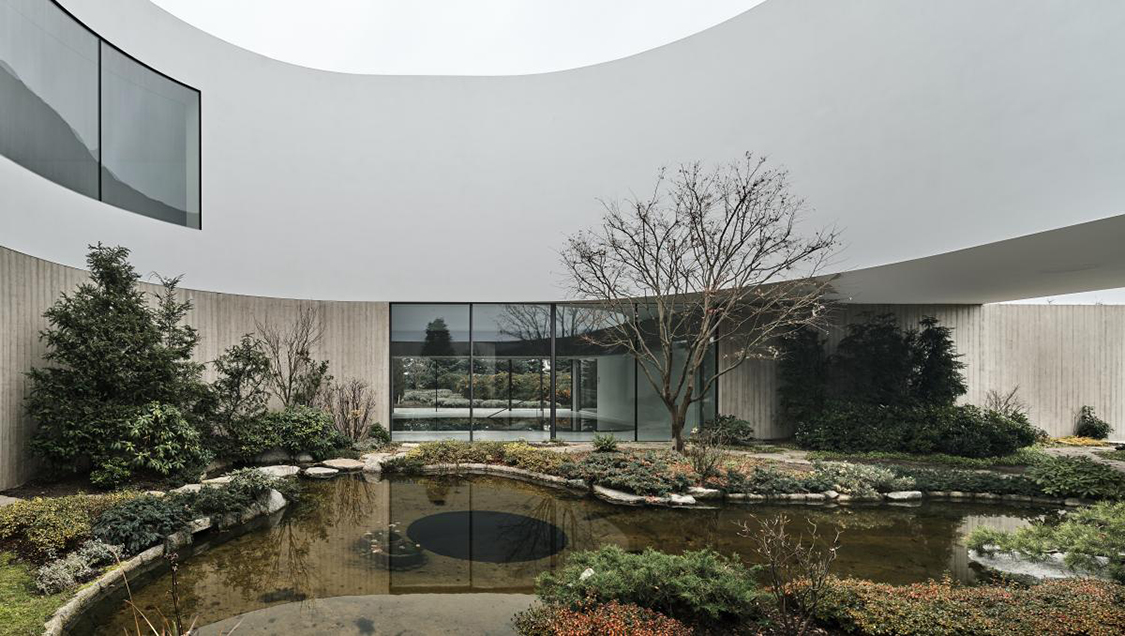 Konieczny began the house project in earnest in 2011, only to be delayed by uncertainties about a nearby ring road development. The actual construction of the house took four years, but all of the delays allowed the garden and landscape to mature just as the client had hoped for. Walking paths, a man-made lake, a rocky hill – all of these became inspiration for the house itself.

At 1,997 square metres (21,496 sq.ft) the villa is massive, and it looks imposing from some angles. Yet from others, especially from the rock garden, inner courtyard and from the lake, the structure is already partly hidden by the garden and appears to belong to its setting perfectly. 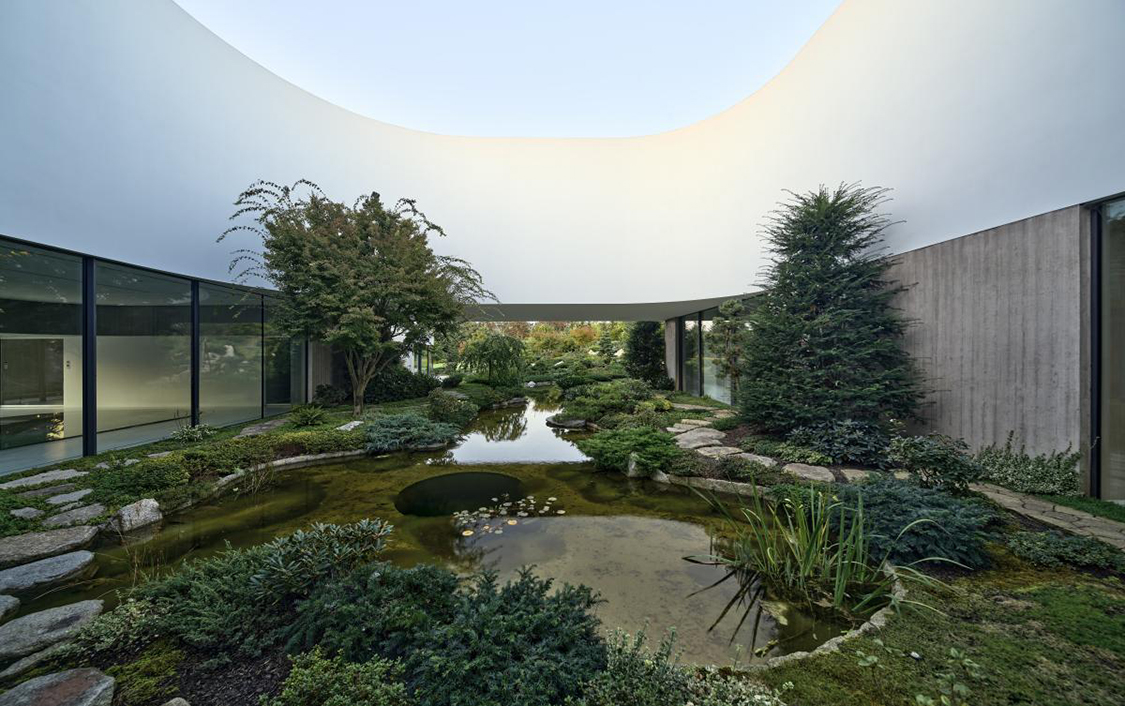 The same variety of vistas happens when one closes in on the villa. A covered wooden lakeside promenade hugs one side of the house while a completely concrete-surrounded and stone-covered pathway leads to one entrance.

The ground level is created by three curving irregularly shaped forms and includes a vast open living area opening into green courtyards, plus a study, studio, utility rooms and garage.  The top level is square in contrast and features several bedrooms and sitting rooms, all located around a central open-air atrium. 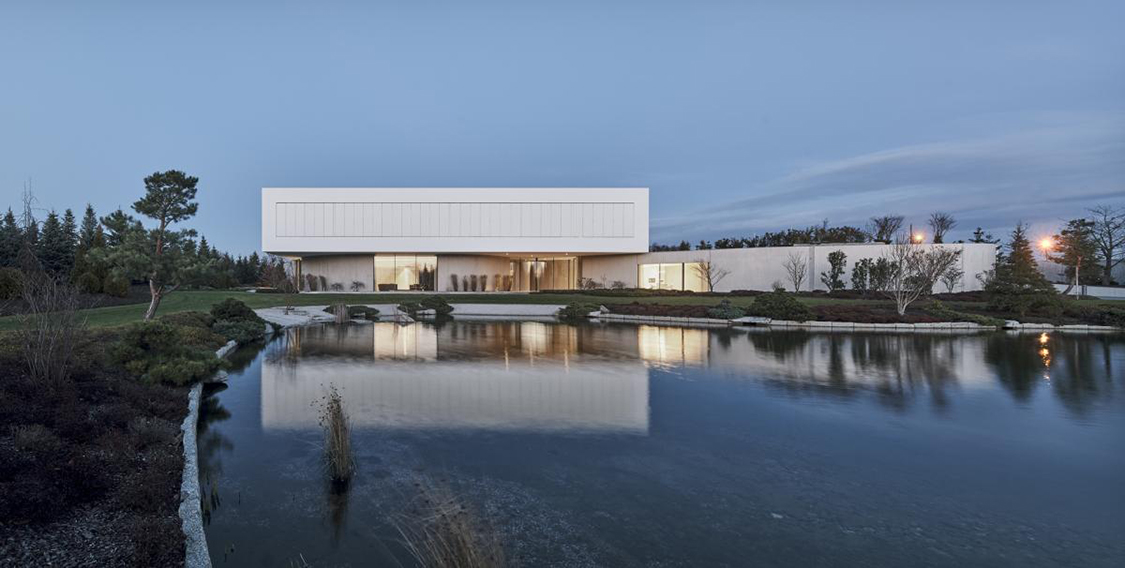 With the minimalist, even slightly brutalist, design elements, the villa reflects and responds to the site’s still-sparse natural setting yet it is also a singularly magnificent structure that would be equally appropriate as an art gallery or a museum in a totally urban setting. Tuija Seipell