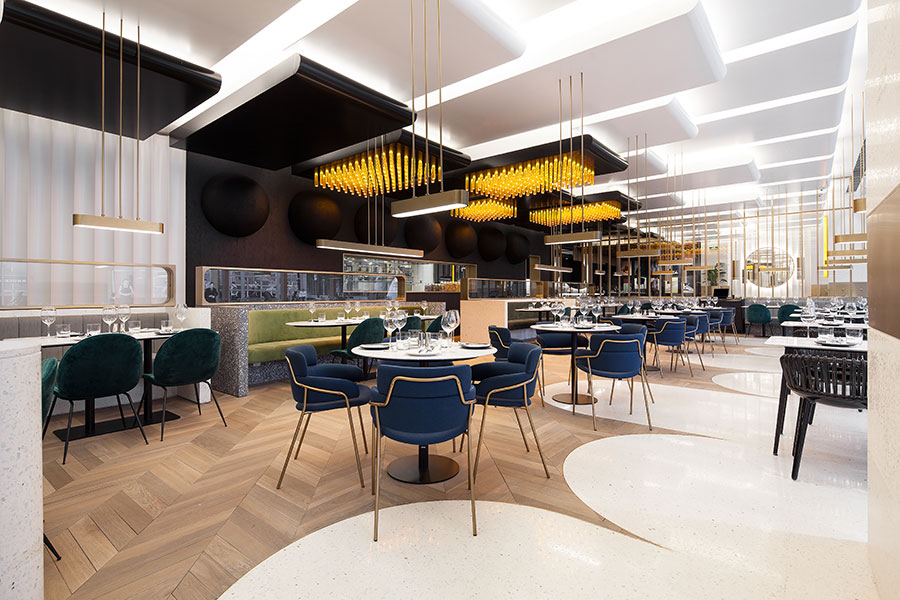 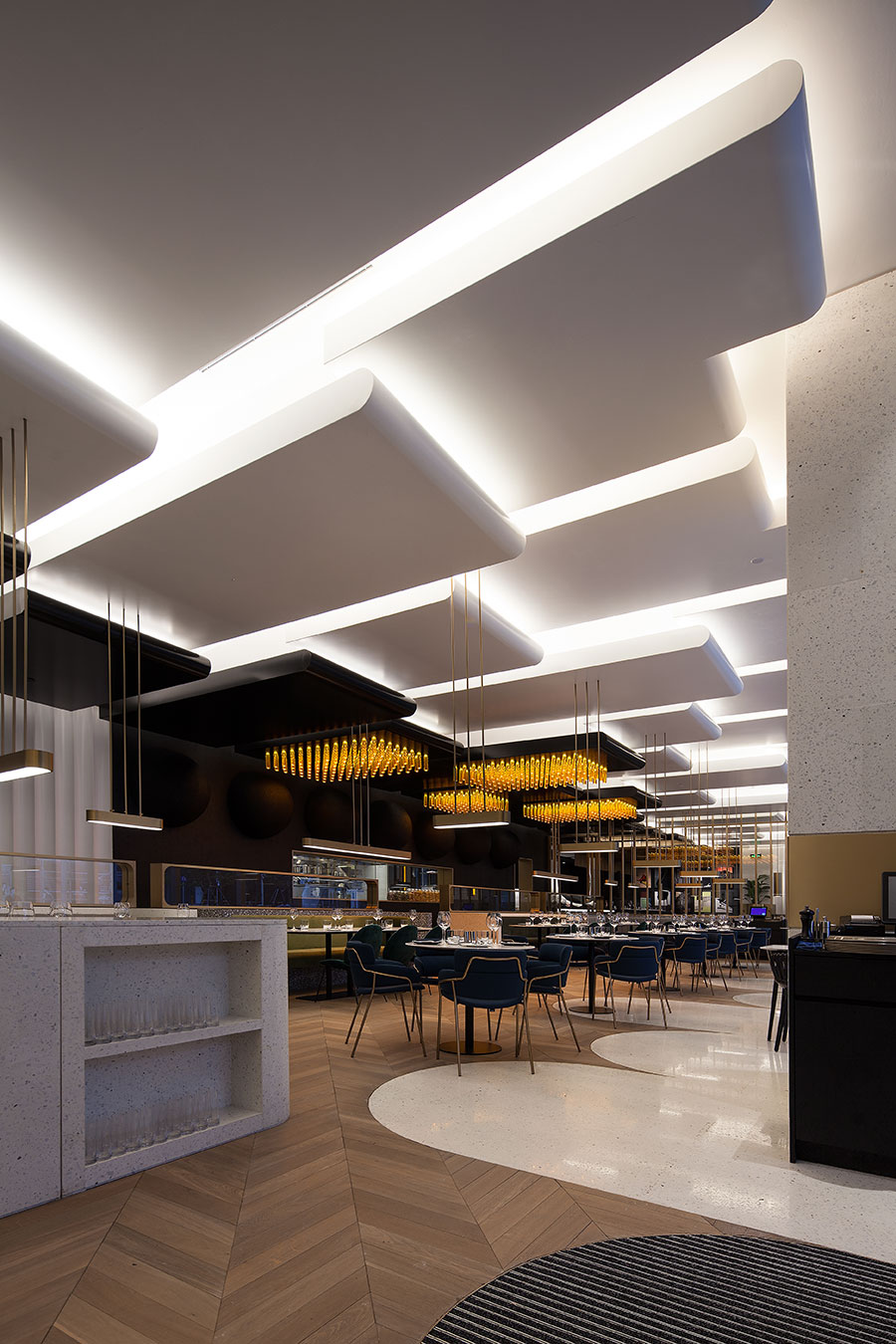 Gaga Chef was designed by Coordination Asia,the Shanghai-based design and architecture firm that has completed several other restaurant concepts for the Gaga brand. 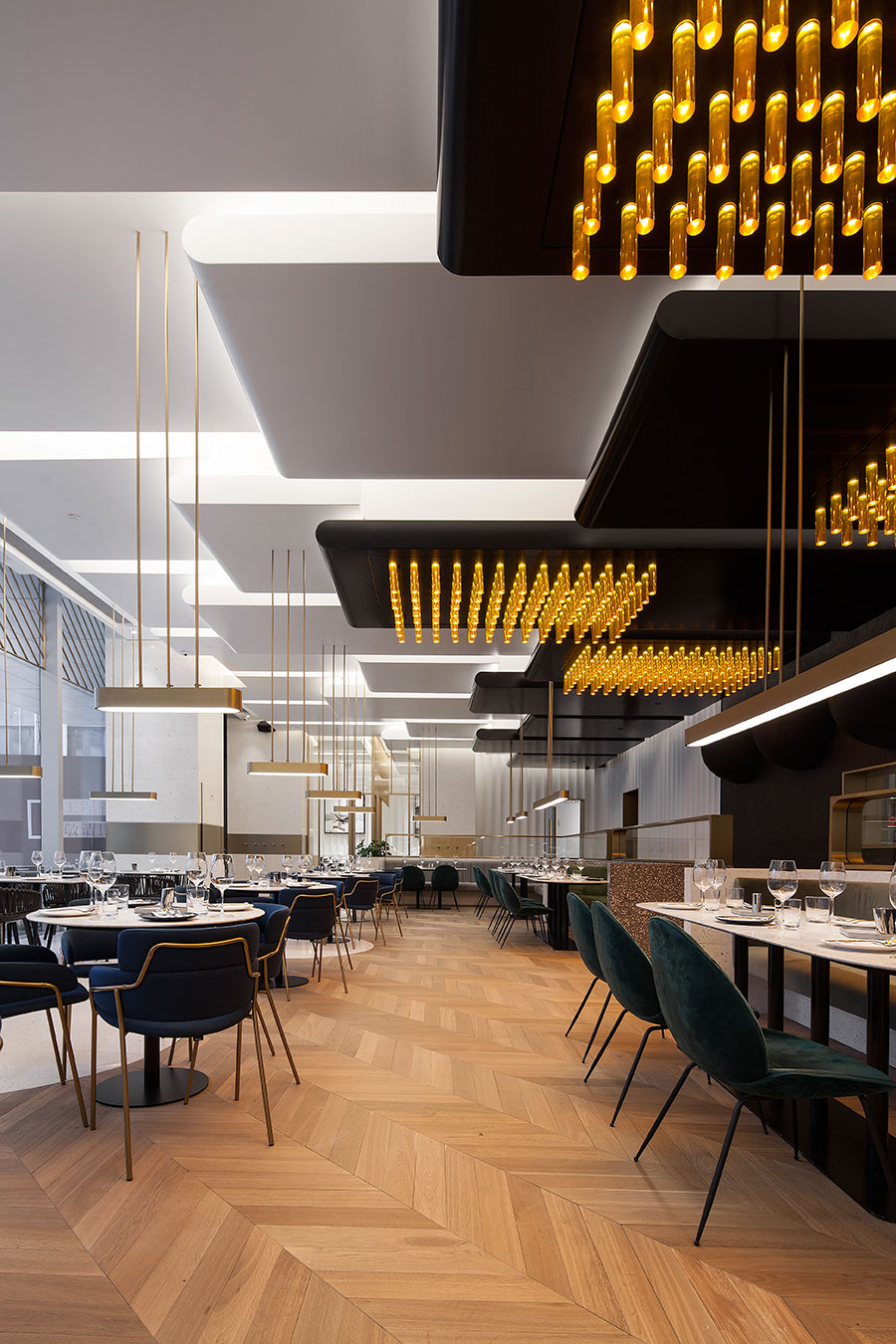 The new eatery is located in the new MIXC Shenzhen Shopping Center, where high-end brands vie for the attention of affluent shoppers and diners. The brands that have stores in the center include Prada, Louis Vuitton, Tiffany’s and so on plus Gucci’s and Prada’s largest stores in the Asia-Pacific. 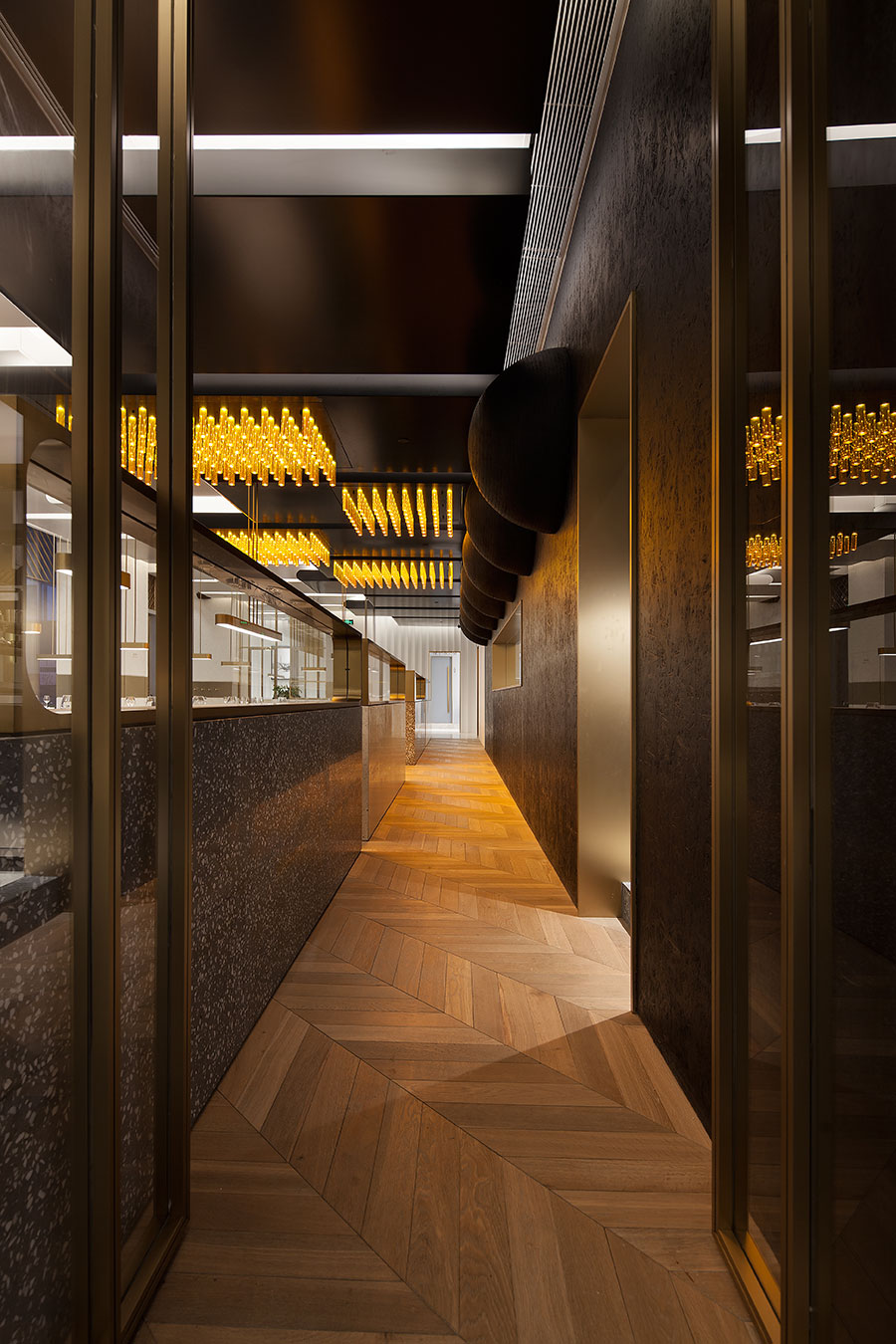 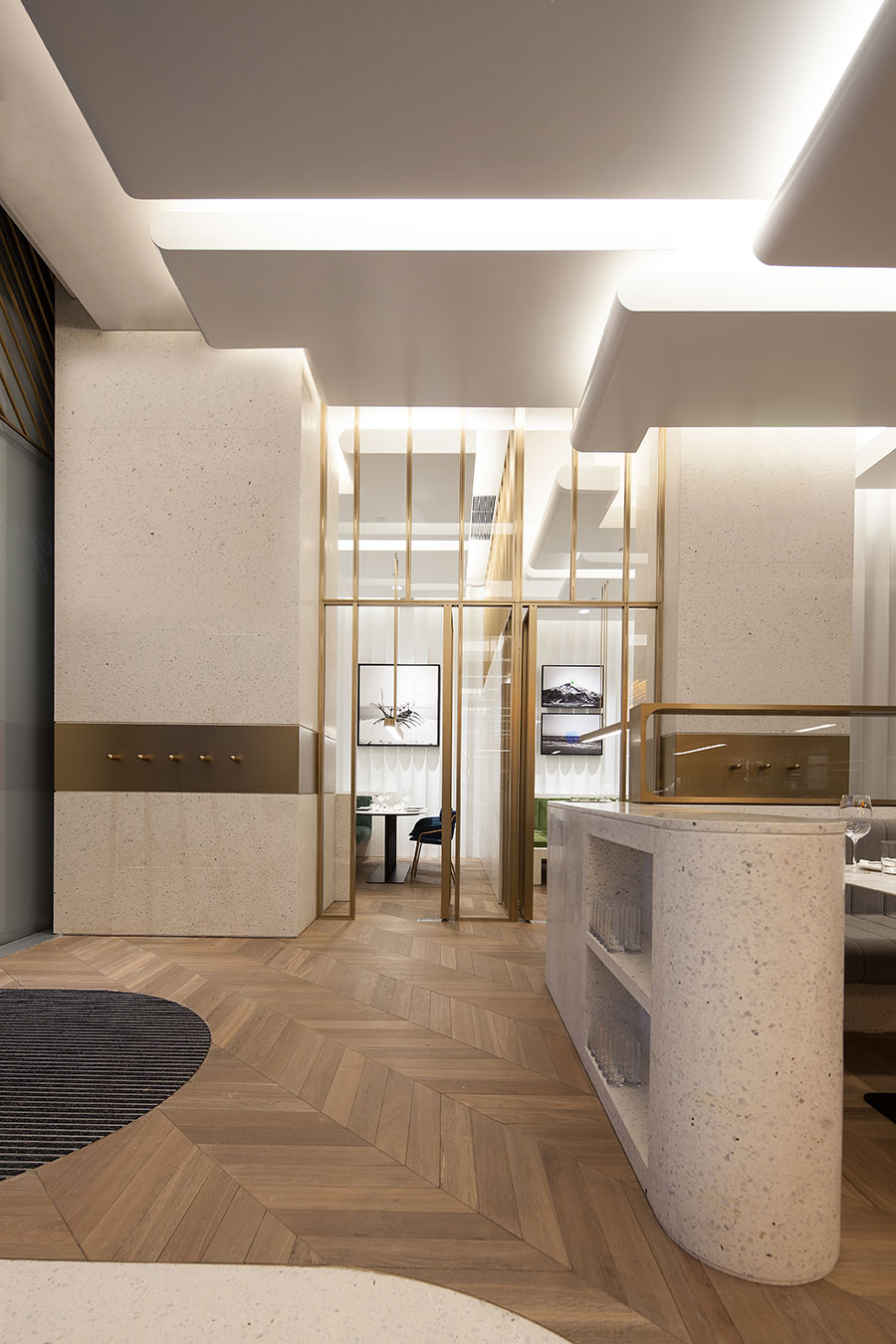 According to Thürmer, Gaga is an owner-managed cafe/eatery brand, established in 2013. He says that Gaga is Shenzhen’s most successful eatery for fusion cuisine with 12 restaurants so far.

Coordination Asia has designed each concept and won awards for several, including a Red Dot for the Wongtee Plaza in Shenzhen. Gaga has up to now remained in Shenzhen with its various concepts but is now expanding to Shanghai, Thürmer says. 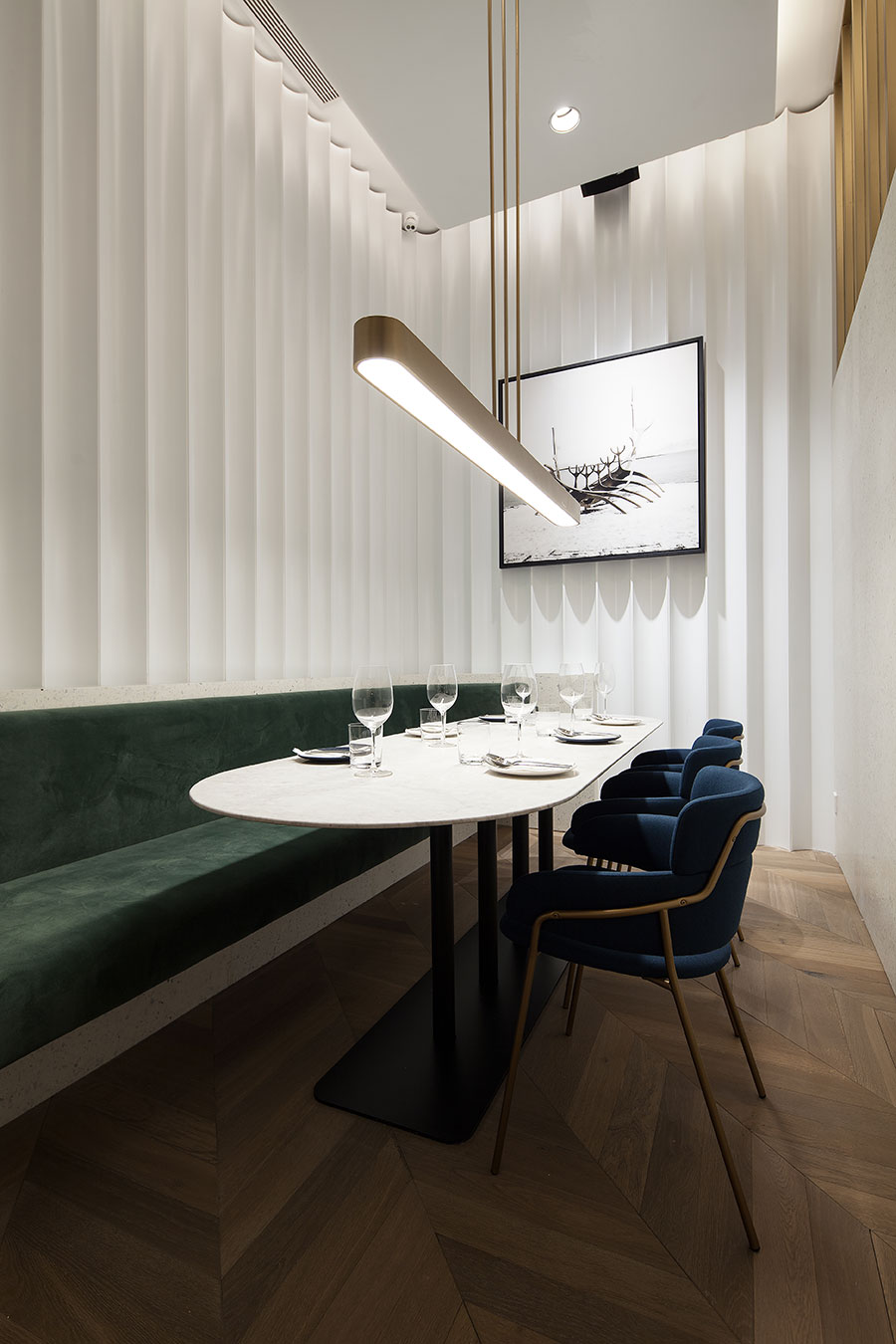 Gaga Chef is, however, completely different from the other Gaga concepts. Our favourite aspects of Gaga Chef are the cool large-scale lighting installations – all created by Coordination Asia, as well as the lovely collection of seating.

The chairs all have a similar, slender-legged, light profile yet they come from three European design houses. They include Strike by Arrmet, Cyborg Club by Magis and the Beetle Dining Chair by the Danish Gubi. 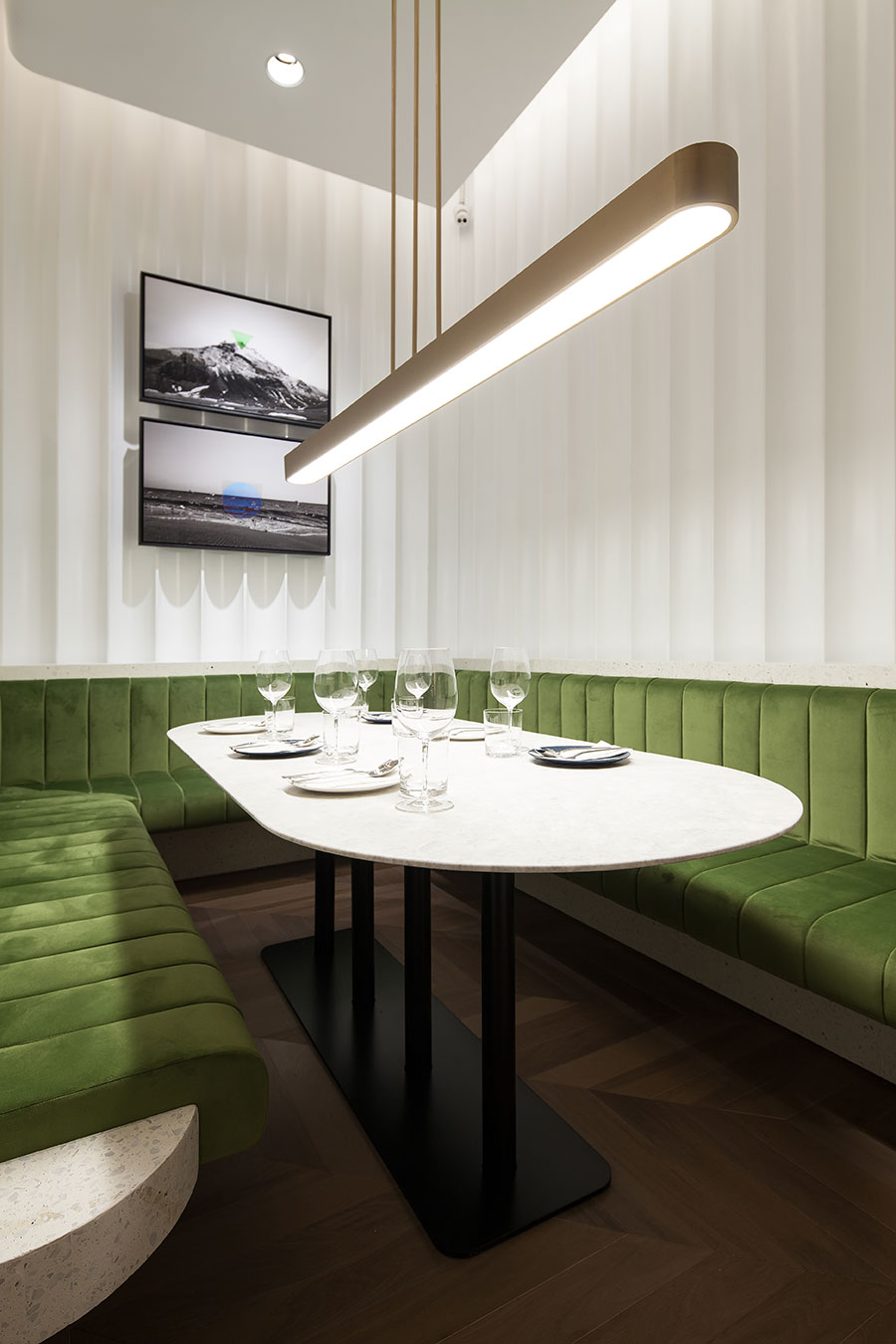 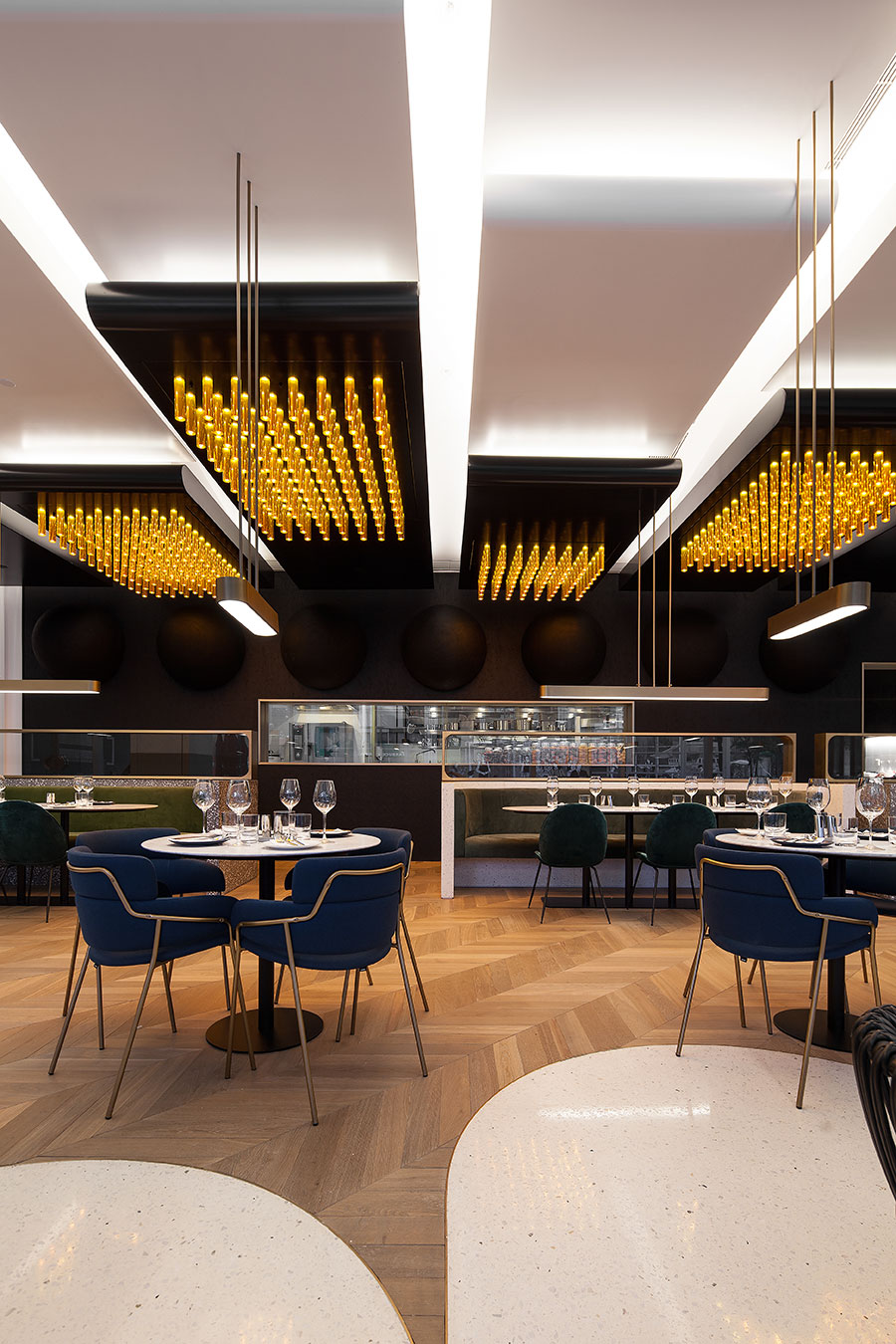