Friends With You – Miami 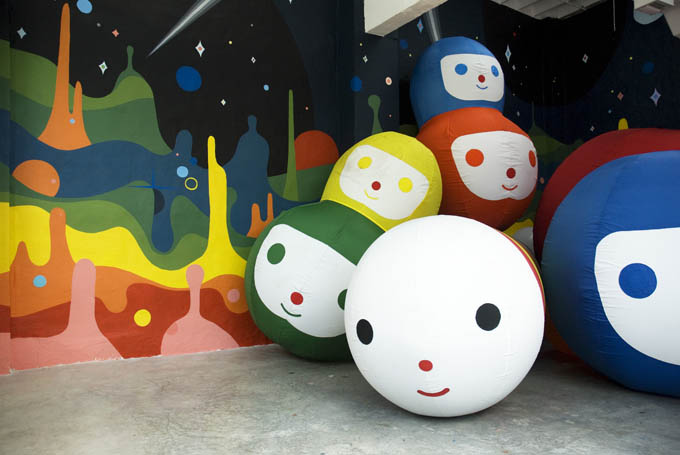 Magical spiritual powers are not the only talents Miami-based art collaborative FriendsWithYou can claim as theirs. They also have a special skill for creating cuddly, cute and somewhat clever toys, events, experiences and other playthings for us mere mortals. We would never imply that their Fun Houses and other entertainment are just for kids because if they were, we’d be too envious to be nice. 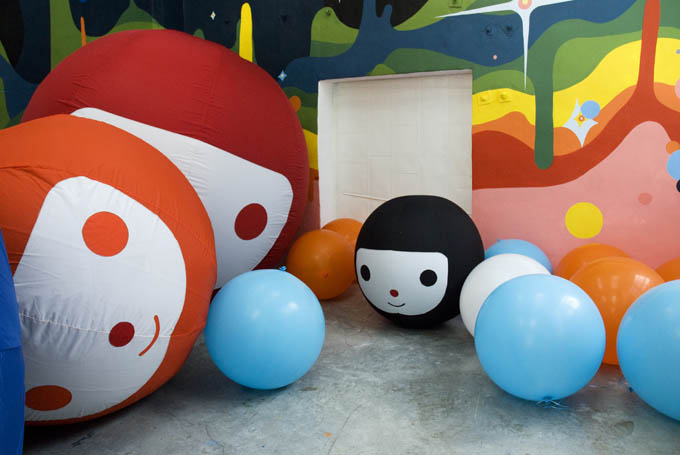 This past summer, the FriendsWithYou duo – Sam Borkson and Arturo ‘Tury’ Sandoval III – participated in the Hexagone (A hex is gone) group art show in Miami curated by Jose Mertz. The FriendsWithYou playroom was filled with gigantic inflated buddies and called Wish World. Miami-born artist Bhakti Baxter created a fantastic mural for the space.

A FriendsWithYou Fun House was also part of the 944 Magazine’s Crime on Canvas surrealistic pop art show in July 2008 at the Hard Rock Hotel in Las Vegas. 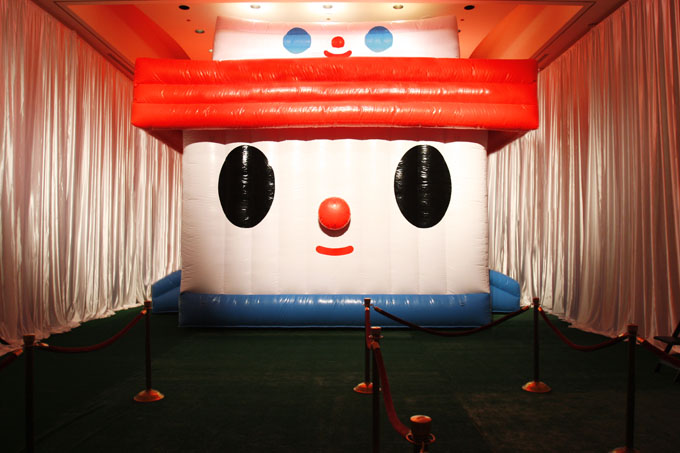 Earlier this month, FriendsWithYou created another Fun House interactive exhibition for the SCOPE Miami lounge. This year’s SCOPE had nearly 90 exhibitors from more than 20 countries in a new 60,000-square-foot space in the Wynwood Art District where FriedsWithYou’s new studio is now also located.

The Fun House is a giant, anthropomorphic bounce house intended to help unleash the visitors’ inner brats and in doing so, take advantage of the healing power of fun. This is in keeping with FriendsWithYou’s mission of sharing the message of ‘magic, luck and friendship with the global community.’ – Tuija Seipell 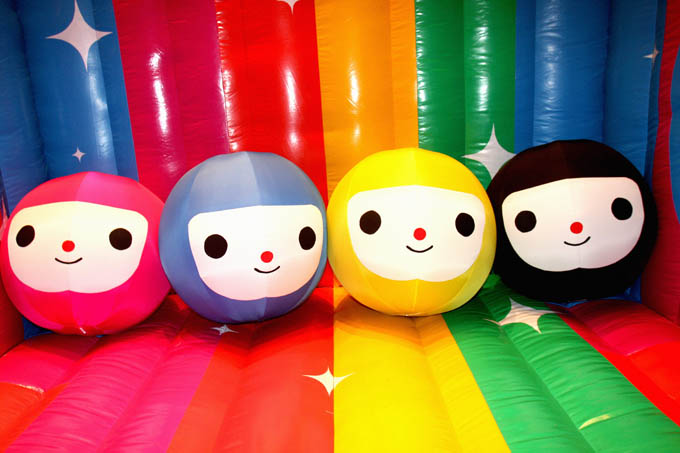