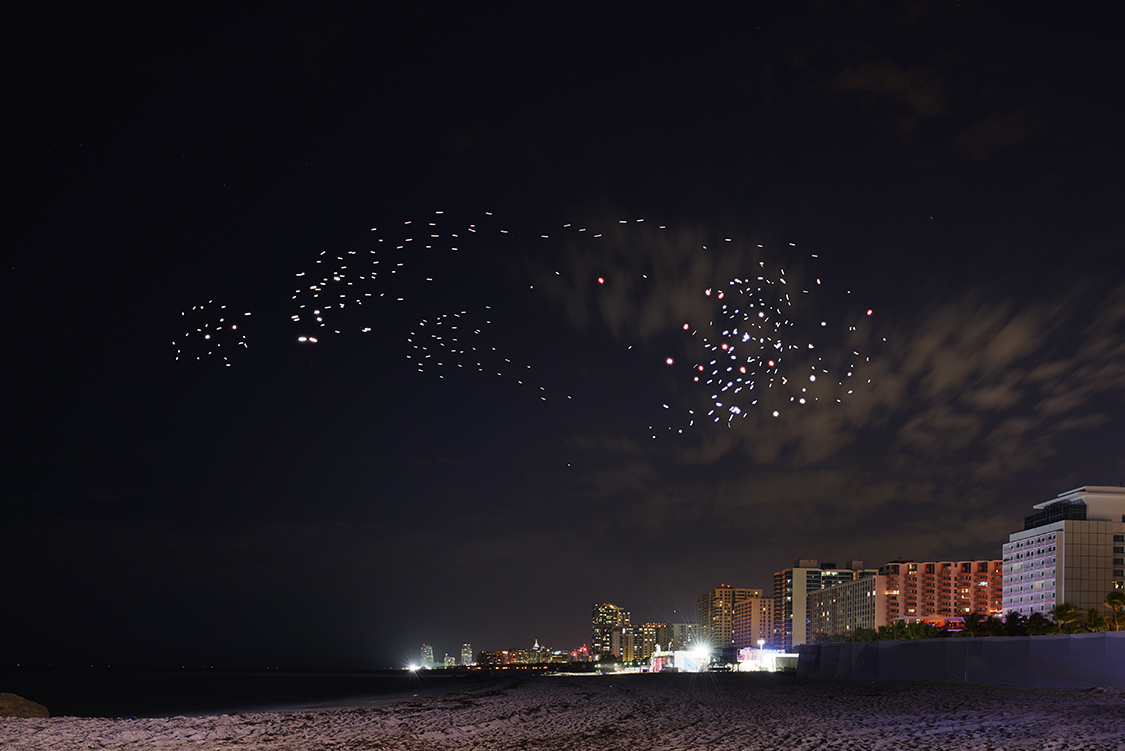 Many of us have watched the spectacular formations that small migrating birds such as swallows and starlings form in the sky.

Taking a representation of this spectacle into the sky above the ocean at Art Basel Miami Beach this year was the near-impossible art project commissioned by BMW and created by Amsterdam-based Studio Drift. 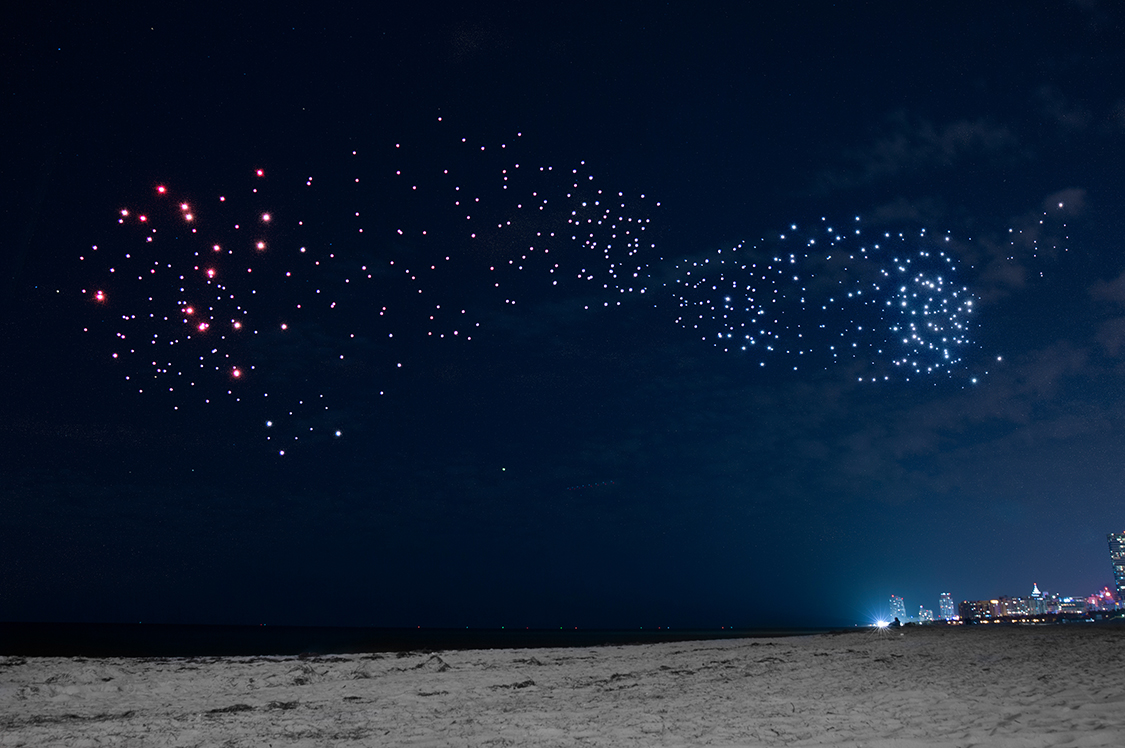 Drift’s founders Lonneke Gordijn and Ralph Nauta translated natural flight patterns of starlings into software specifically created for the drones. The project also benefited from ongoing university research focusing on flocking behavior and on the understanding of the principles of self-organization in nature.

In artistic terms, Franchise Freedom explored the ideas of individual freedom versus safety in numbers, and the sacrifice of the individuals versus creating the illusion of freedom. 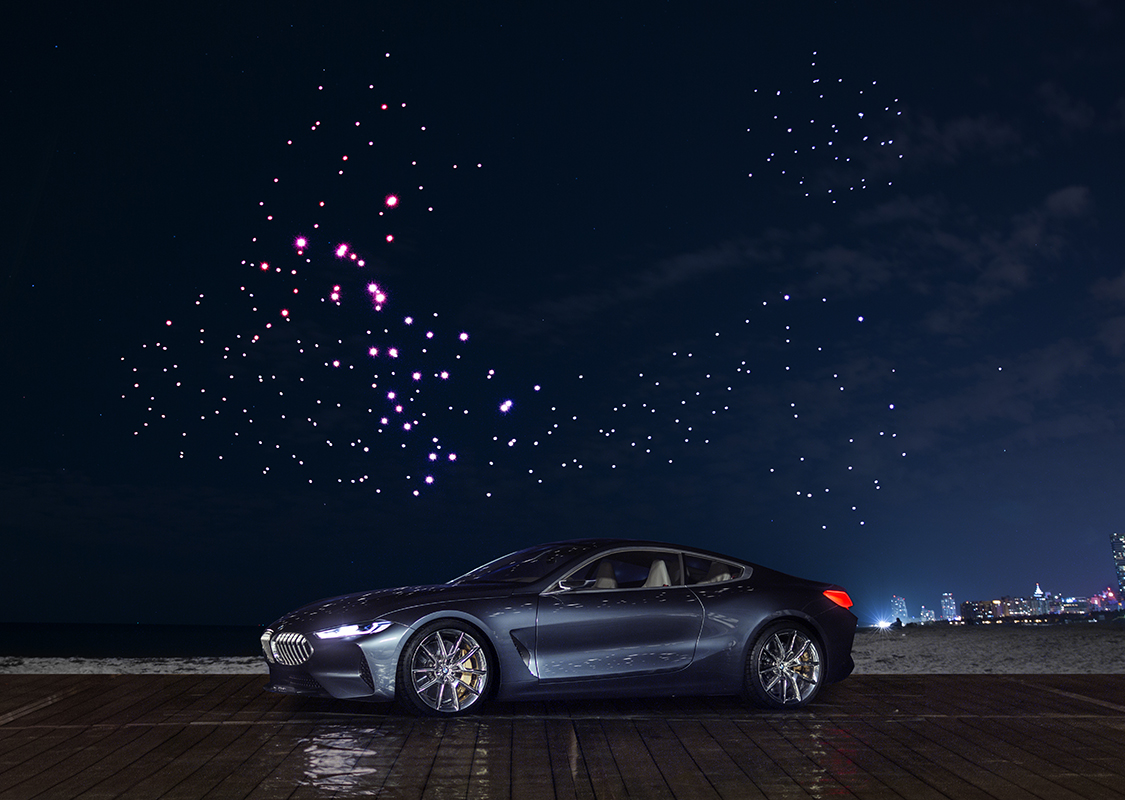