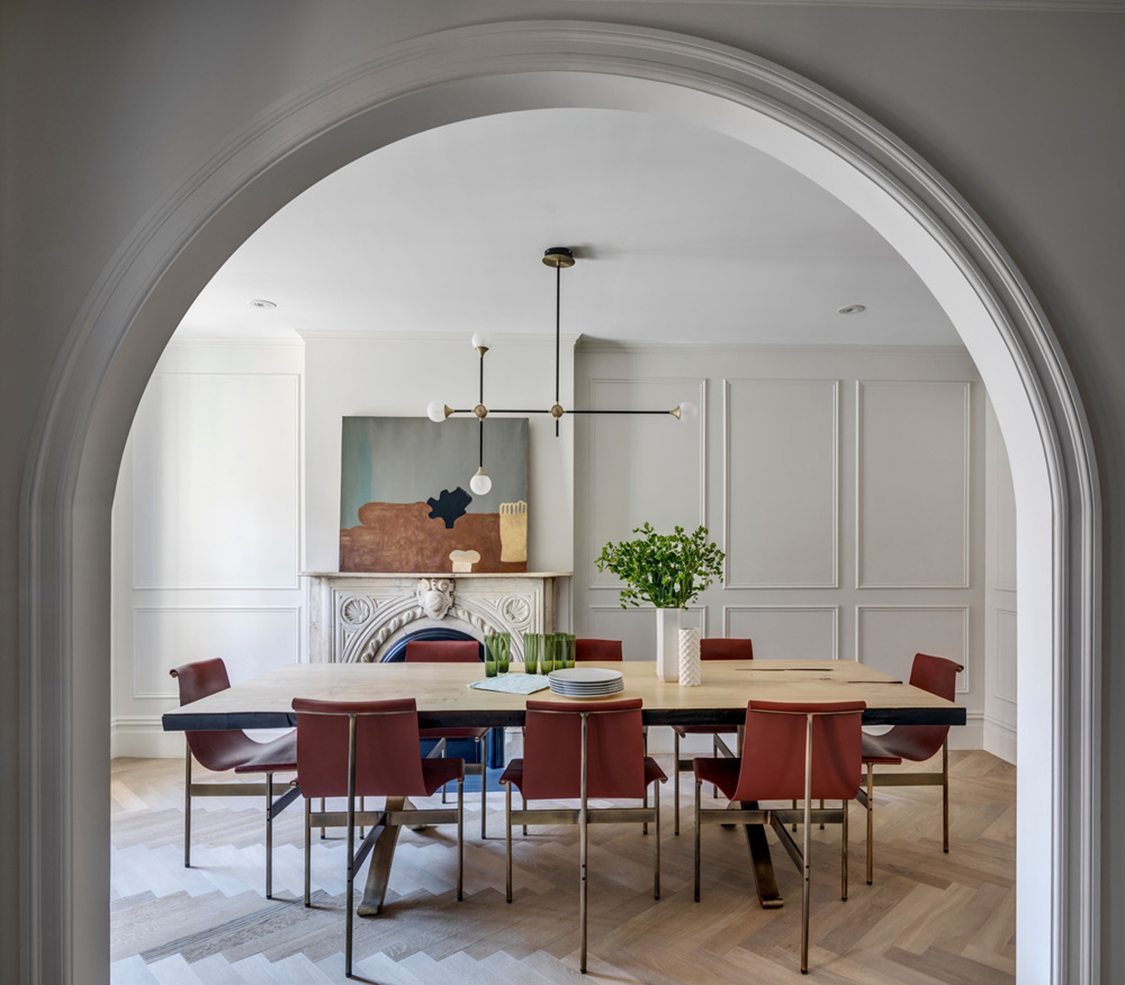 When the owners of a property and their collaborators can see the exact same potential in a potentially elaborate renovation, magic can happen. It is rare, but when it does happen the results can be breathtaking. 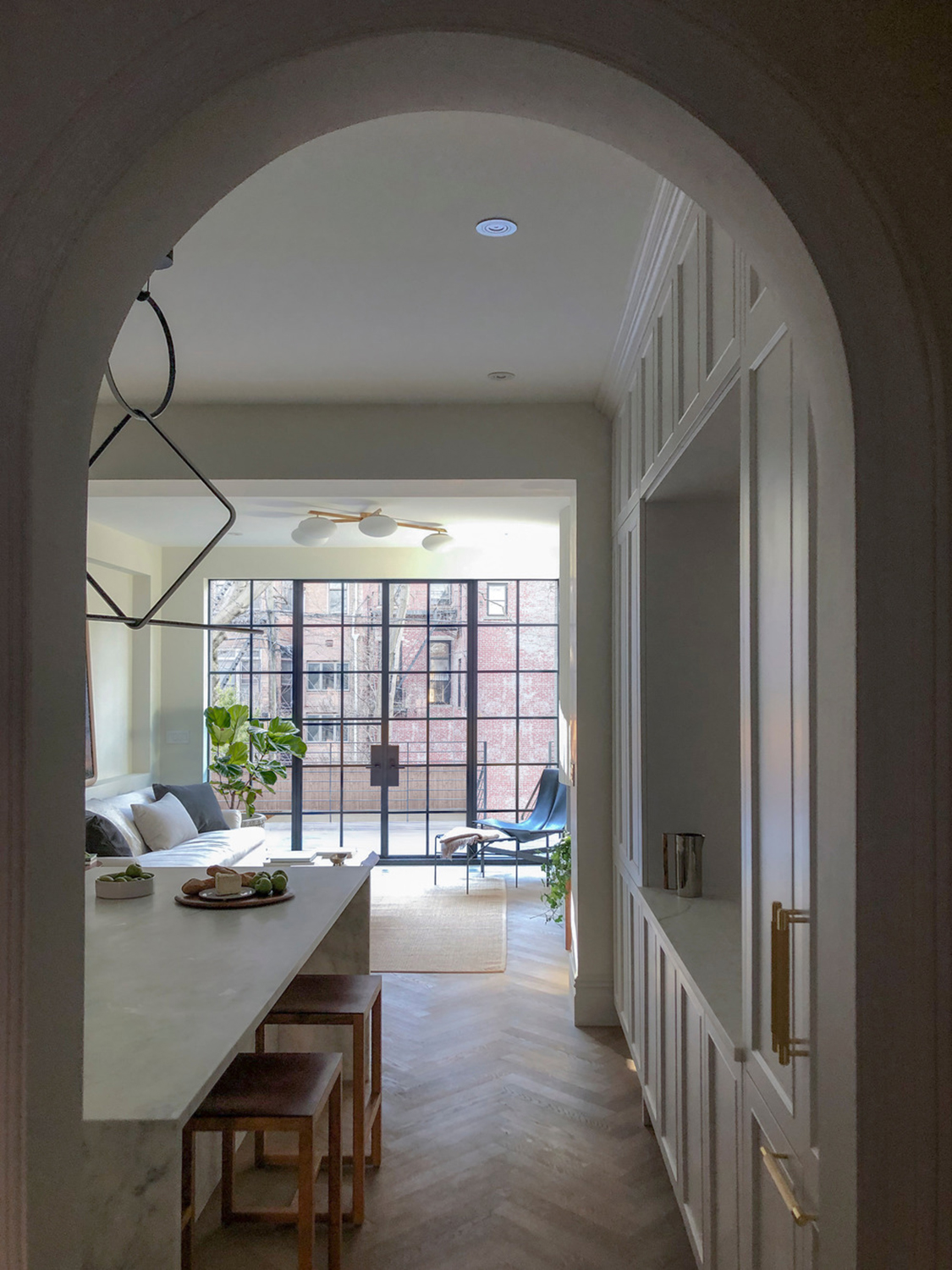 In the case of this large triplex in the Fort Greene neighborhood of Brooklyn, New York, the words magical and breathtaking do not refer to flashy or overwhelming. Instead, they mean the kind of elegant balance that we often call “breathing room – not just rooms where you can breathe but an entire milieu that makes you sigh a deep, relaxed sigh of contentment. Everything seems to be in its natural form, dimension and hue. Everything belongs. 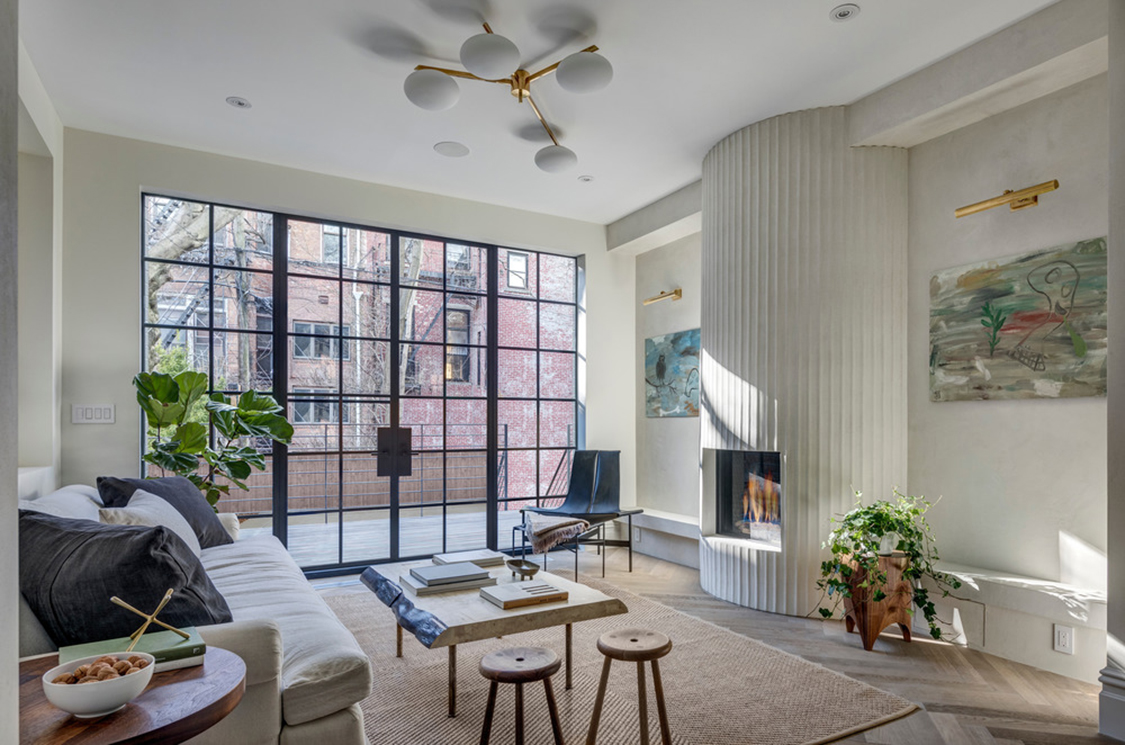 This kind of balance is extremely difficult to achieve in a new project and even more so in the kind of highly complex renovation this project was.

This is the first home, the newlyweds Kayvan Salmanpour, chief commercial officer at Boston Globe Media, and Lindsay Nelson, chief experience and brand officer at TripAdvisor, have built together. The two-year renovation and re-build process does indeed count as a true test of their marriage – a test they clearly aced. 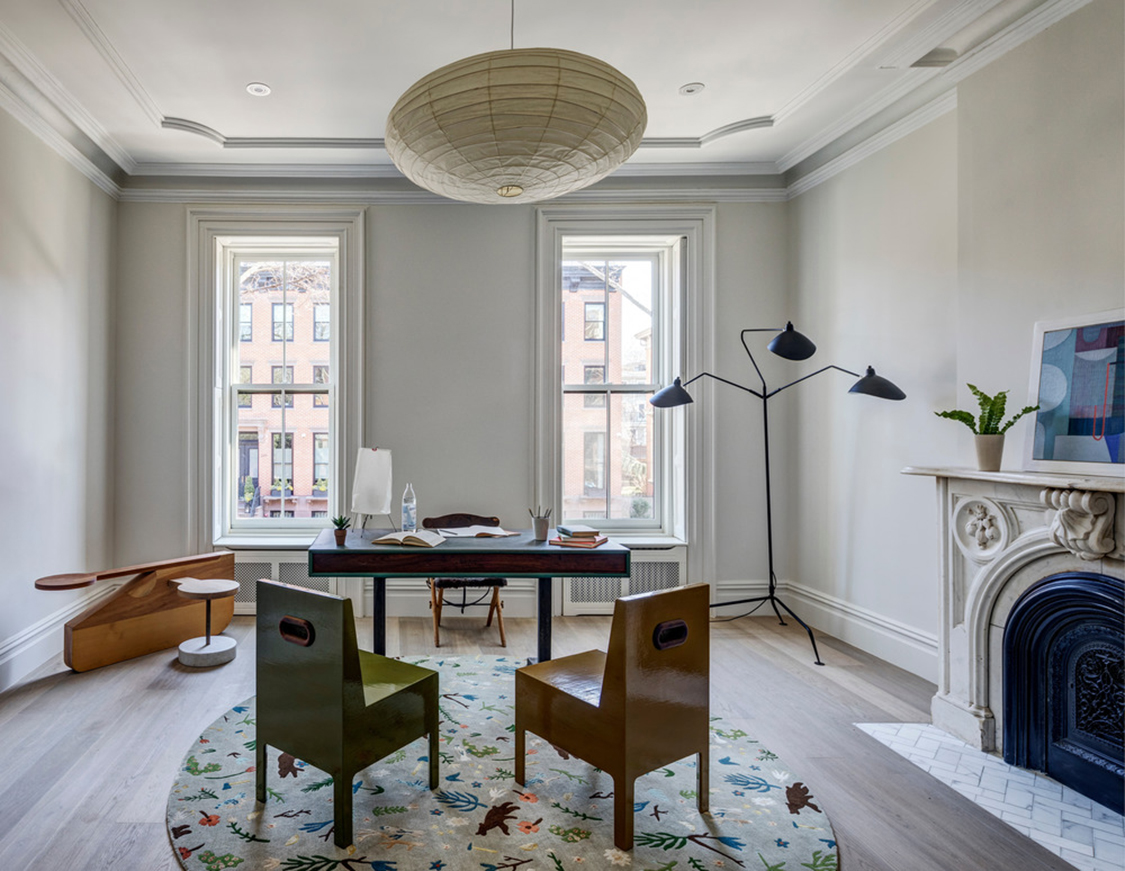 With these collaborators, they transformed the traditional Anglo-Italianate brownstone from around 1860s, that housed several compact apartments, into their spacious four-story home of five bedrooms and four-and-a-half bathrooms spanning 3,700 square feet (344 sq.metres). 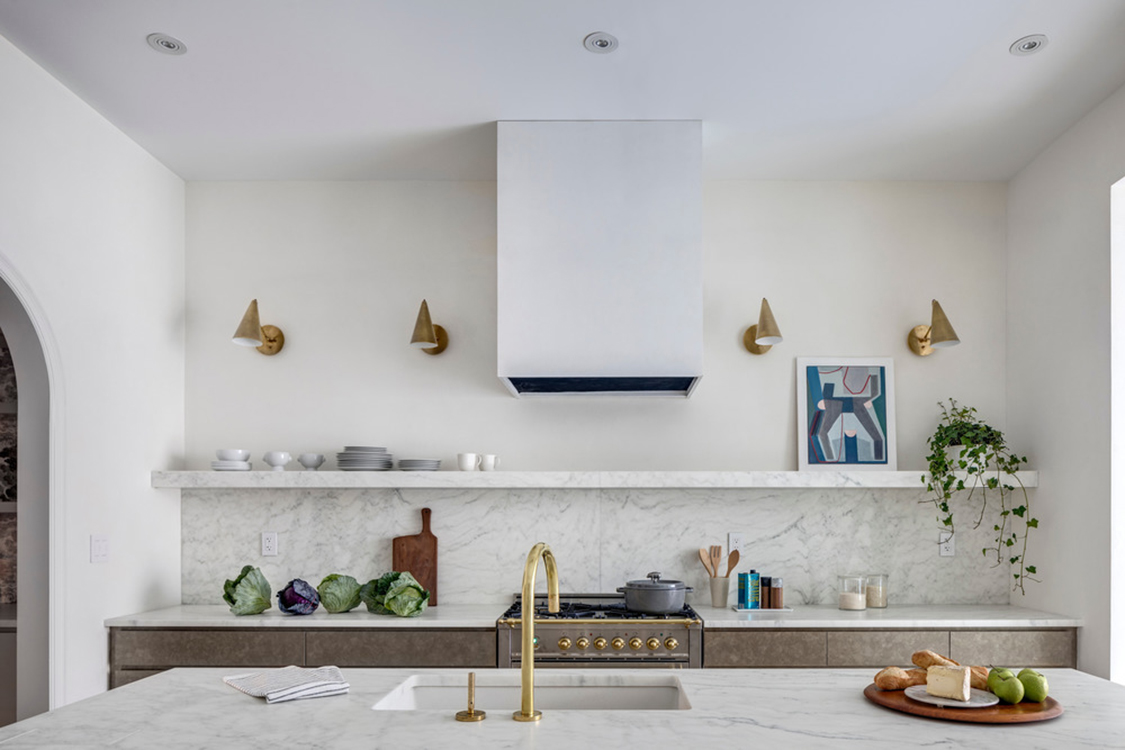 In the original set-up the rooms were small, dark and fussy. They layout didn’t flow together and there were many rooms with small windows, low ceilings, shiny floors, bright colors and wild wallpaper, but also great moldings, arches and marble fireplaces. One really needed to be able to see past all that cramped complexity to envision the potential that the project presented. One had to believe that it was possible to create a modern, spacious, minimalist home out of the chaos. Some of the changes were extensive and elaborate including the addition of several large windows, raising the ceilings of the parlor (second) floor by two feet toward the back yard to build an extension to include the kitchen and living room, raising the floor of the master suite, installing a large steel and glass opening on the rear façade, and adding three balconies. 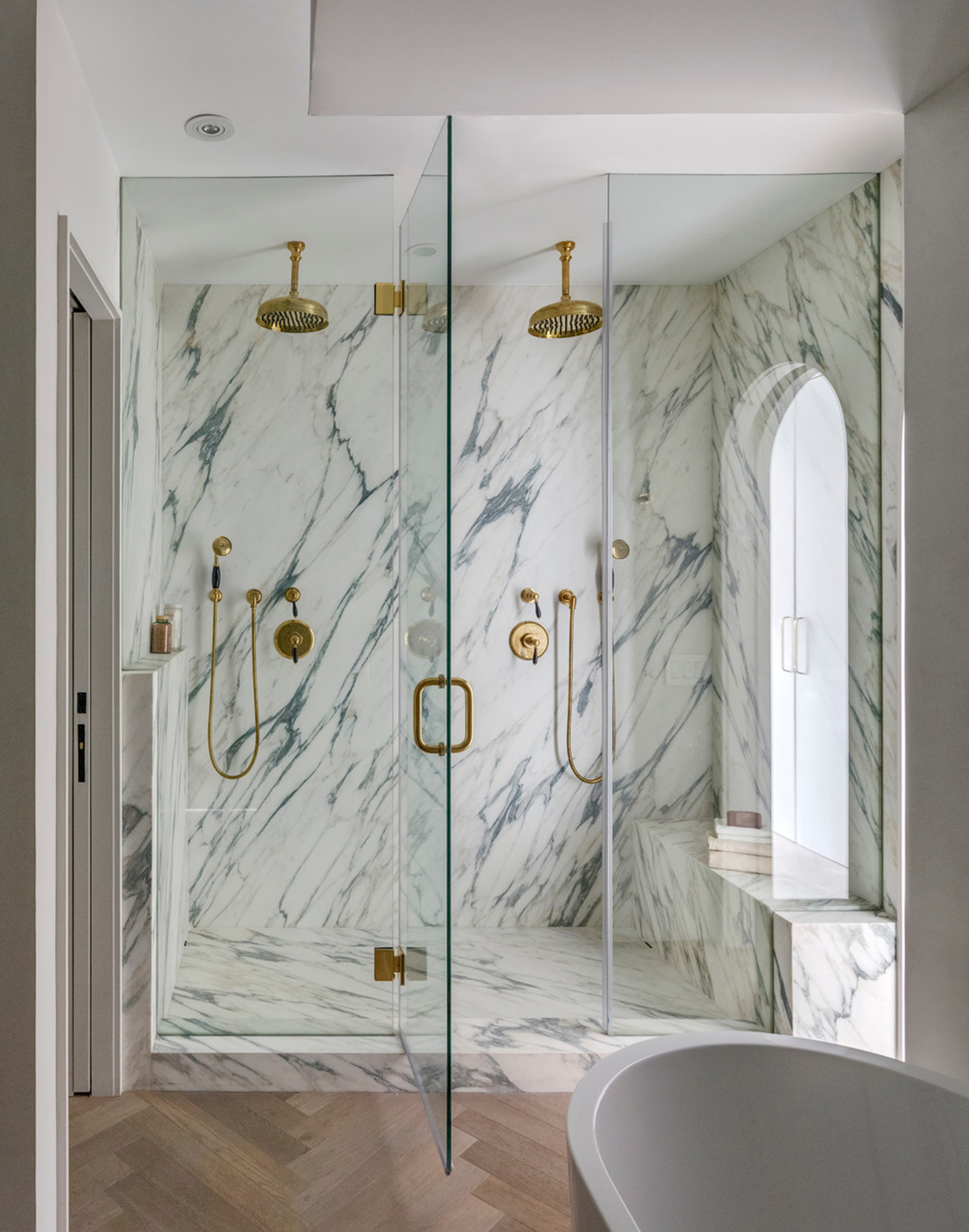 What we love most in the end result is the delicate touch with which the architects and designers have kept the best of the existing features and even embellished them yet never letting the arches, moldings or marble become overpowering. 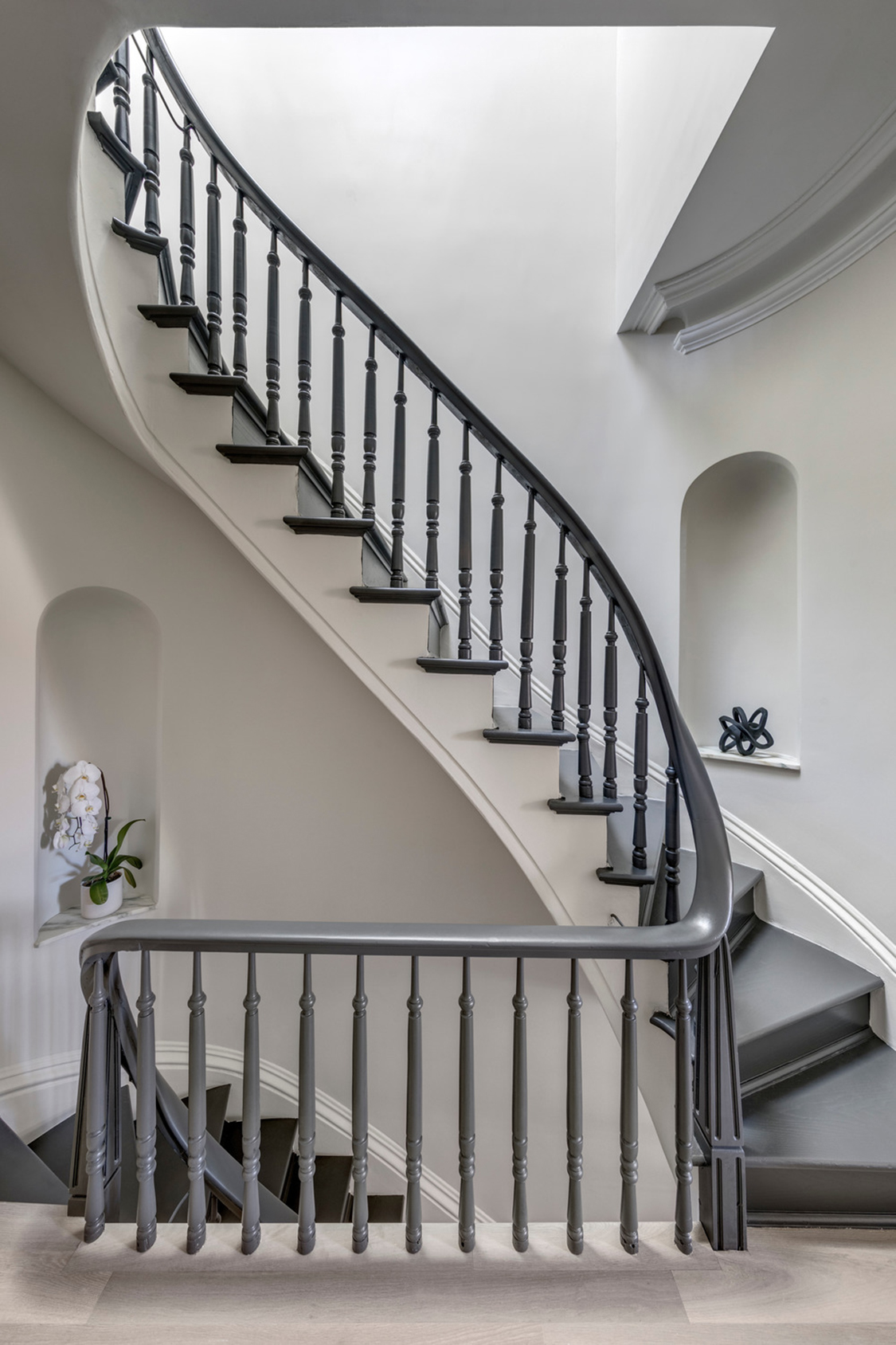 Another favorite feature, the now matte-black staircase, was previously a dark staircase of dark-brown wood in a gloomy corner of a tight hallway. It is still basically the same staircase and handrail lovingly restored and completely re-imagined as a fabulously dramatic black highlight of an otherwise white hallway with walls sporting new moldings that seem as if they had always been there. In addition to restoring the original arched marble fireplaces as feature pieces in each room, a cool new centerpiece was added in the living room in the form of a plaster fluted fireplace surround. It looks both old and new and in a way expresses the best of the entire project. 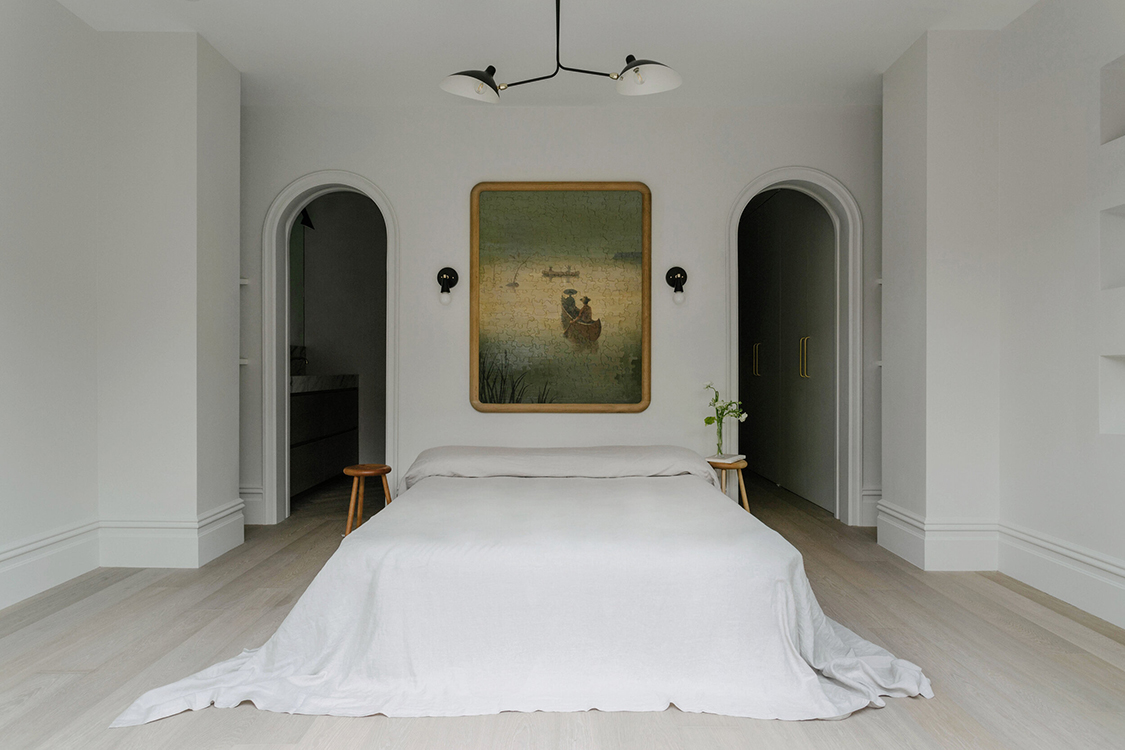 Created to meet the needs of the new owners’ busy lives and frequent entertaining of guests, the project honors the best features of the traditional building by skillfully embellishing them and by adding what was needed. No more, no less. Tuija Seipell