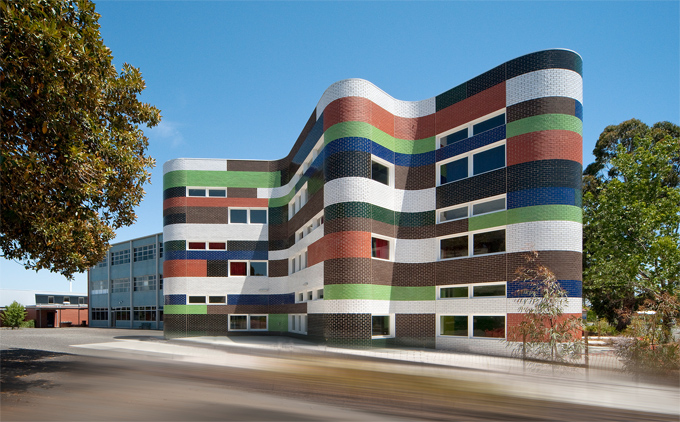 Fitzroy High School has a long history in Melbourne. The government school closed in 1992 but it re-opened in 2004, after an 11-year campaign by parents and residents. In 2009, its senior students gained an exciting new building, designed by Melbourne-based McBride Charles Ryan who we have featured previously. 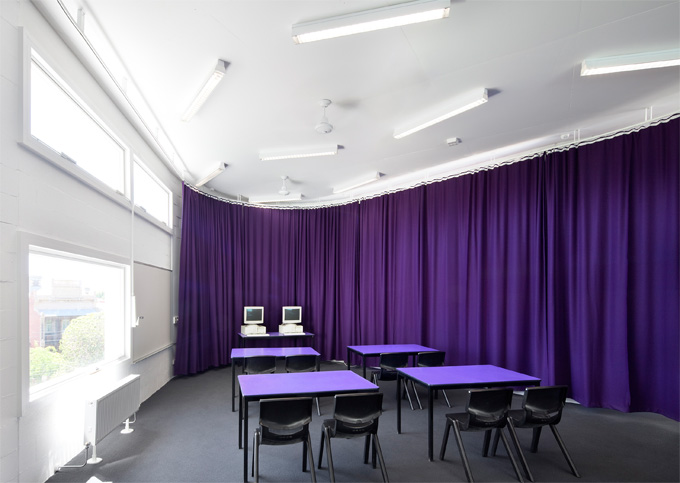 The school’s philosophy of innovation in education is reflected in the striking new building that connects with a cluster of older school buildings, some more than 100 years old. The new building’s exterior walls are deliciously wavy and painted in stripes of secondary colours, all of which helps the building both blend in and stand out. 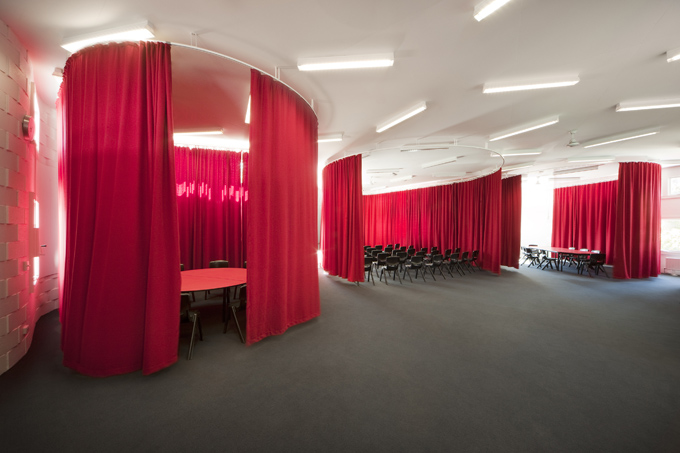 Inside, the studio spaces had to remain extremely flexible and their configurations had to be easy to change by staff. The solution is deceptively simple: Bright-colored drapes and splashes of color that define a space. The school brought McBride Charles Ryan the 2010 Grand Prix at the Dulux Color Awards while the interior won in the Commercial Interior category. – Tuija Seipell 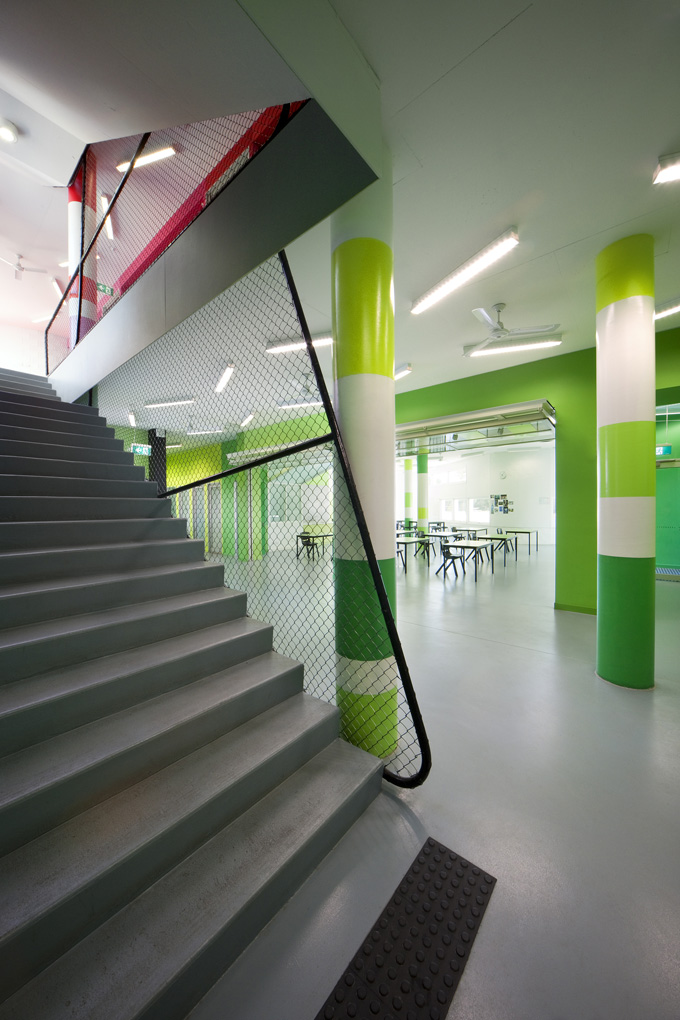 For a comprehensive visual presentation of schools/universities with thousands of visuals to excite you, contact TCH Platinum. Schools wanting to see ideas and concepts in how to design super cool educational environments effectively, contact our marketing agency, ACCESS AGENCY.