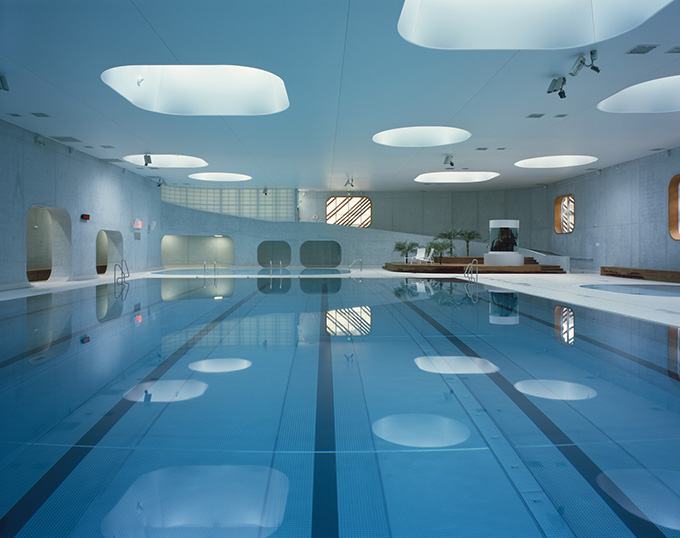 In 2012 Parisian Mikou Studio submitted the winning proposal for the competition to design a swimming pool complex for the city of Issy-les-Moulineaux, France.

The city is located in the Boulougne-Billaincourt arrondissement on the left bank of the river Seine about seven kilometres south-west from Notre Dame in Paris. It is considered one of the entrances to the city of Paris itself. 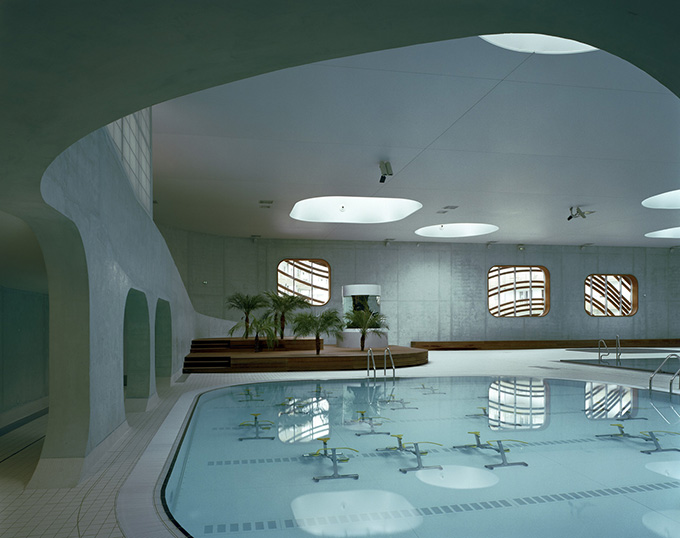 The 14.5 million Euro Piscine du Fort structure includes the swimming pools, a fitness centre, a solarium, squash courts, a sauna, a hammam and a cafeteria.
With Piscine du Fort, the Miko Studio designers, well versed in designing swimming pools and other public spaces, strived for a balance of energy.
They engaged feng shui specialist Laurence Dujardin to guide them in the understanding of the Chinese philosophical system of feng shui that translates literally in English as ‘Wind-Water.’ 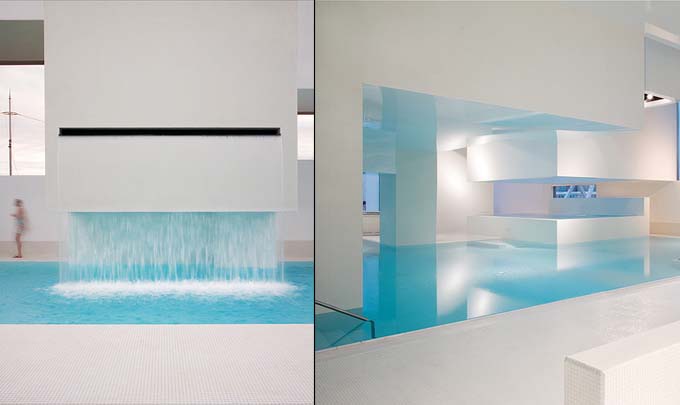 Another distinctive feature of the Piscine is the smart use of daylight. It streams throughout the building through skylights and windows that are not square or rectangular, but softly rounded ‘cut-outs.’
This gives the entire space a somewhat swiss-cheesy appearance but the rounded corners also come across as a cool, retro 1960s ambiance and they also help soften the hardness created by all the tiles, concrete and glass. 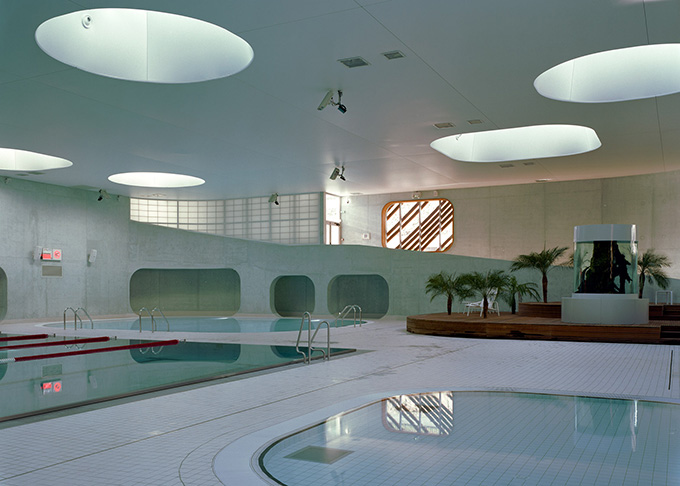 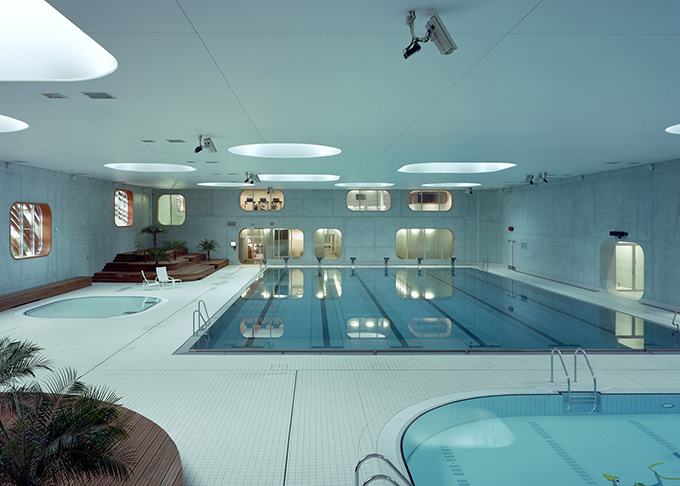