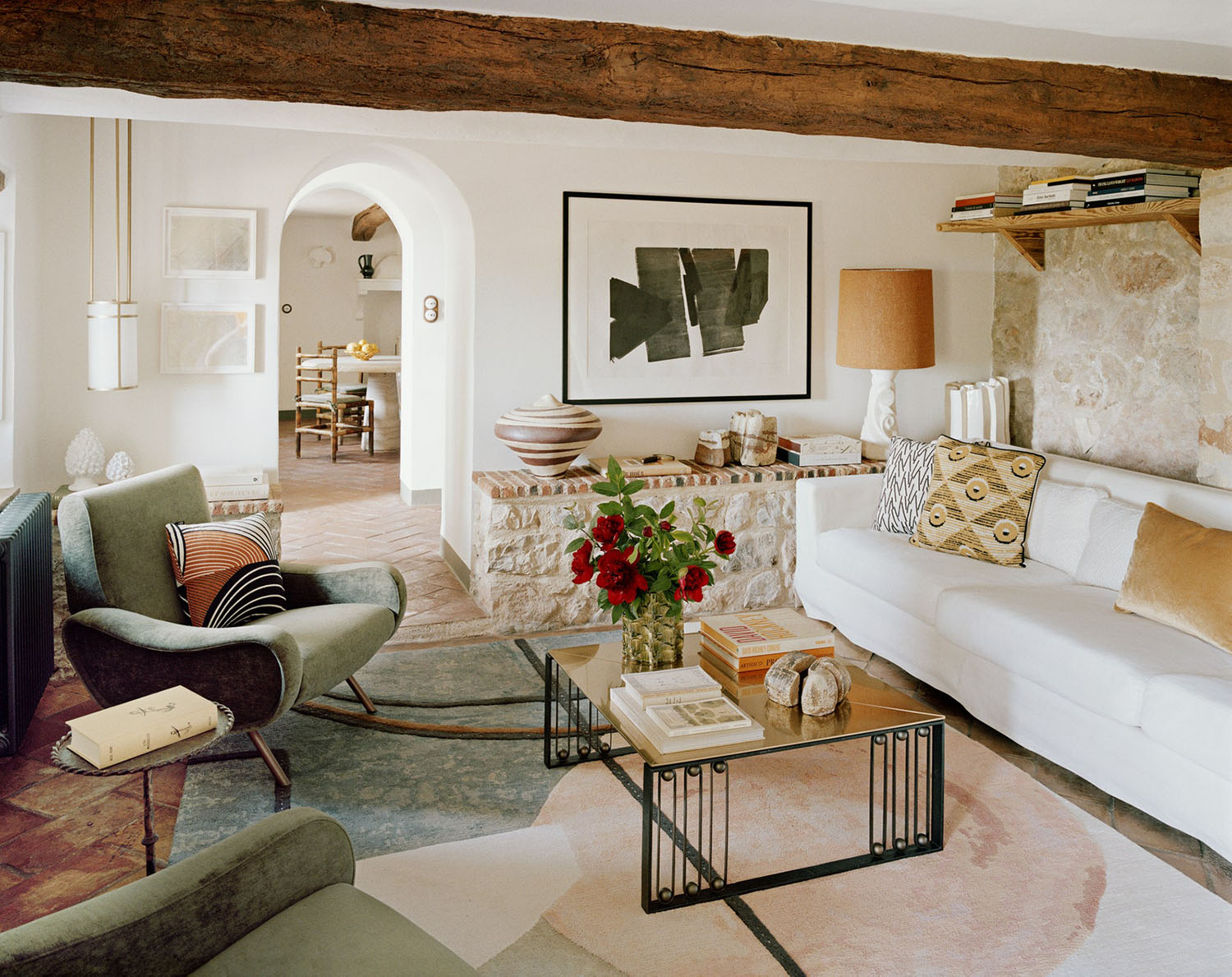 Monegasque Christopher Poyet and Parisian Emil Humbert established their Monaco-based Humbert & Poyet design agency in 2007. Over the years, their well-publicized luxurious projects have range from villas and hotels to showrooms and offices in Europe including Monaco, Paris, Berlin and London, and also in Mexico City and Dubai. 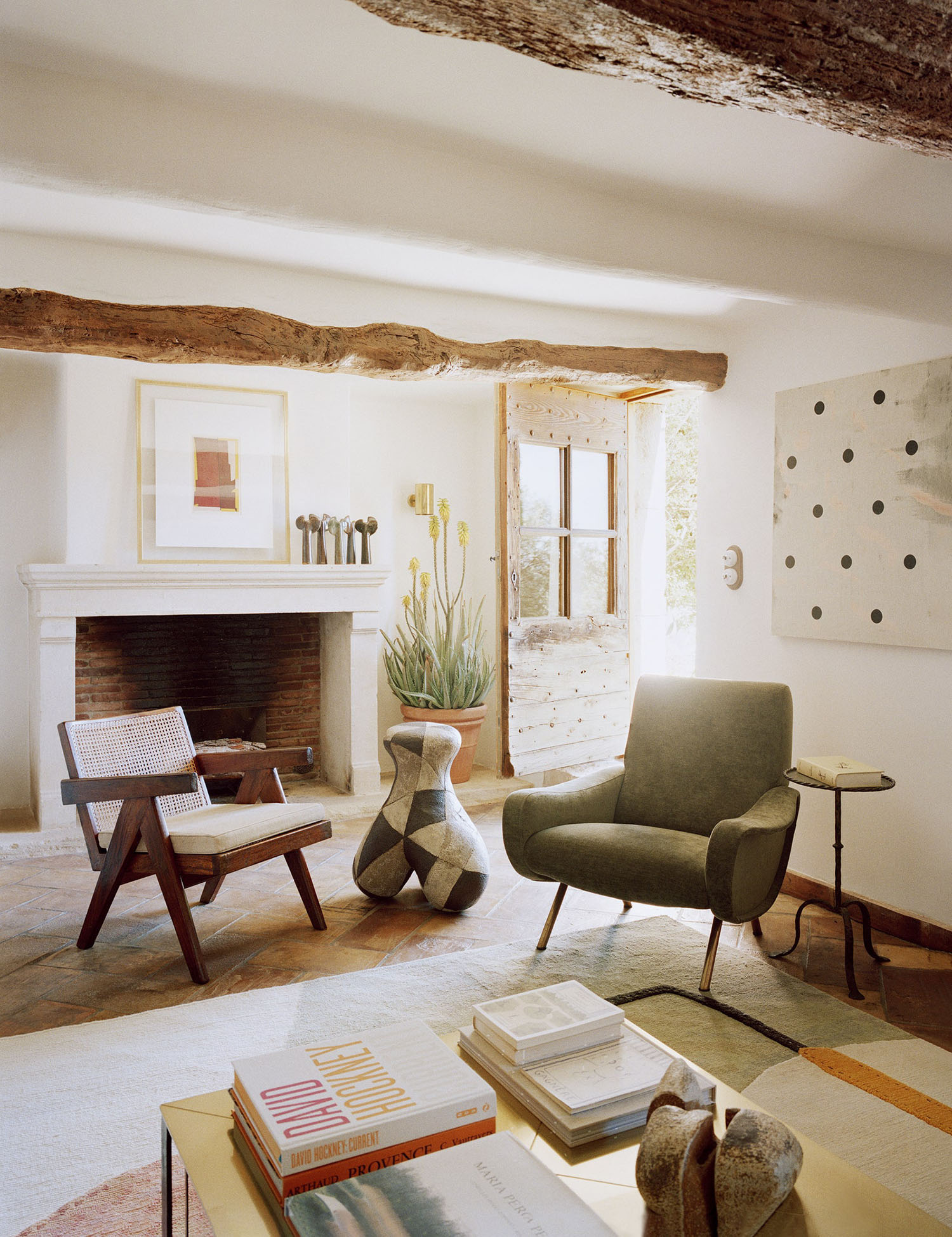 Perfectly timed to become also their home office during Covid, the designers spent three years creating a second home and country retreat for themselves in Provence. A former sheep shelter, the gorgeous bastide structure used to house sheep on the first floor and the shepherds’ rooms upstairs. It was designed to protect both the sheep and the shepherds from heat in the summer and cold in the winter. 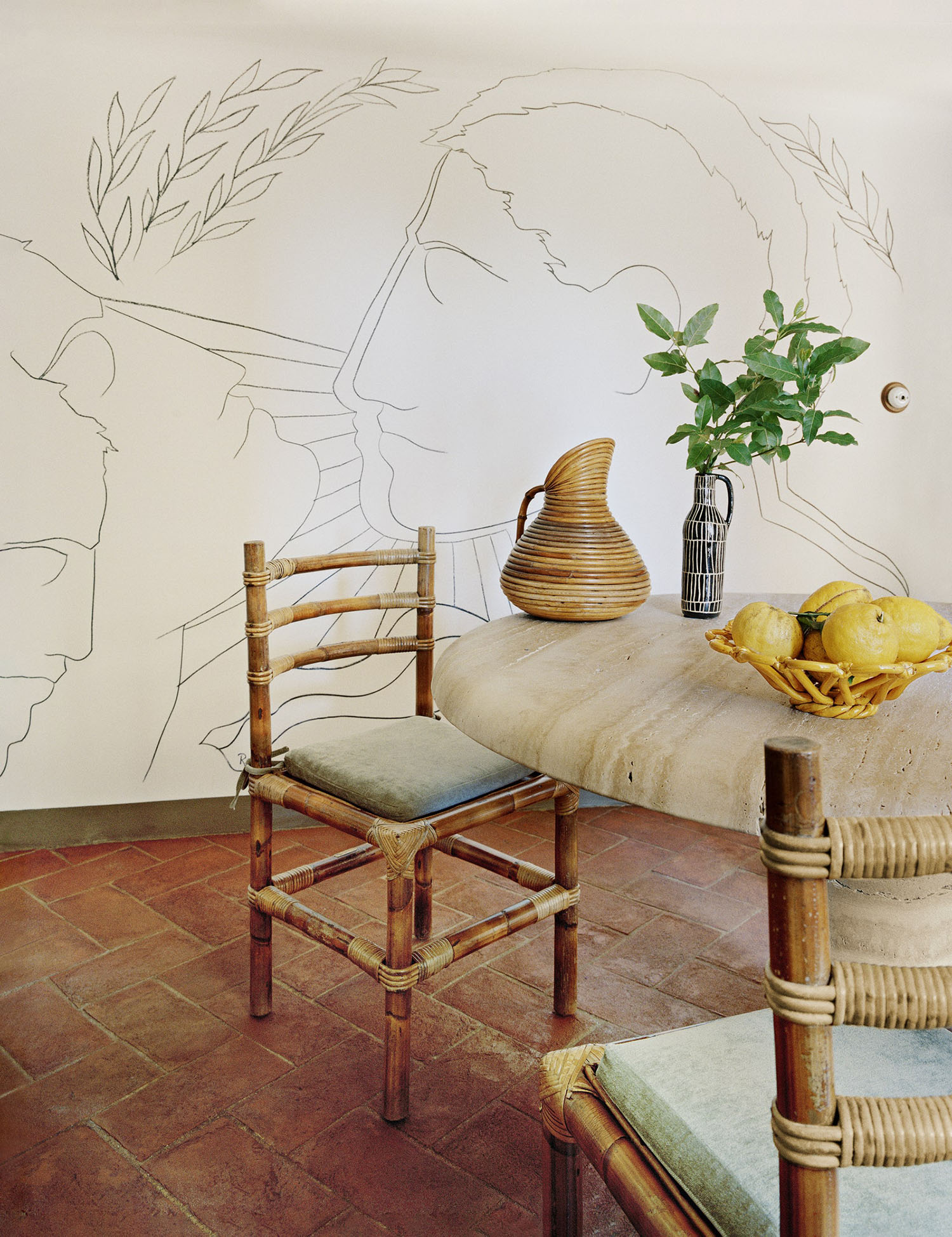 The location is ideal as it is only one hour drive from the village of Rocher and the designers often drive between their offices and project in Monaco and Paris arriving at the country house on Friday mornings and departing on Mondays. 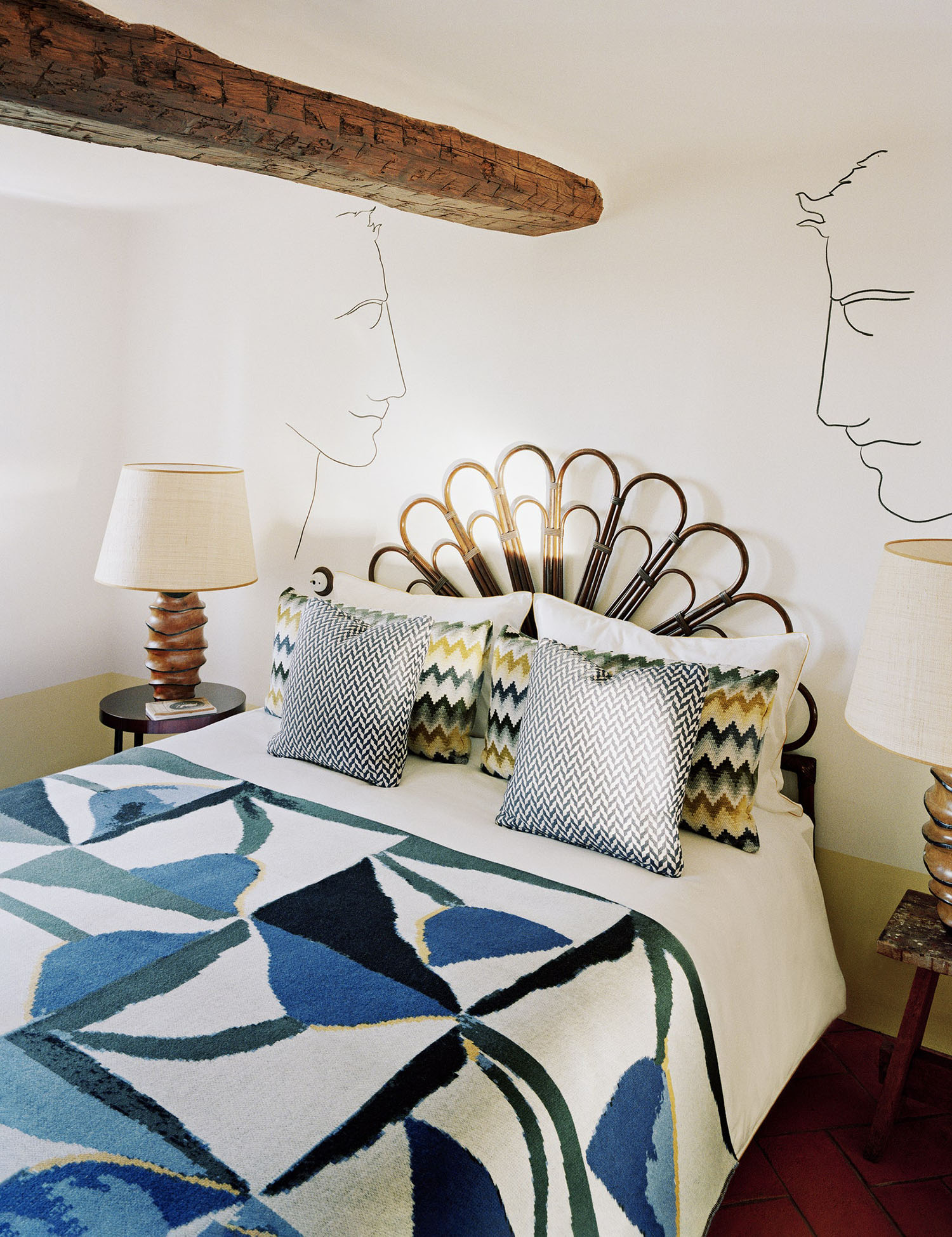 The designers wanted to retain as much as possible of the original authentic structure, and although the house has been enlarged several times, the rustic farmhouse has many of its original features and components from the period. These include the tiles that now cover the living room floors as well as the patinated window shutters. White walls, arched doorways, exposed wood beams, and wood and rattan furniture evoke the feel of tranquil rural life of Provence. 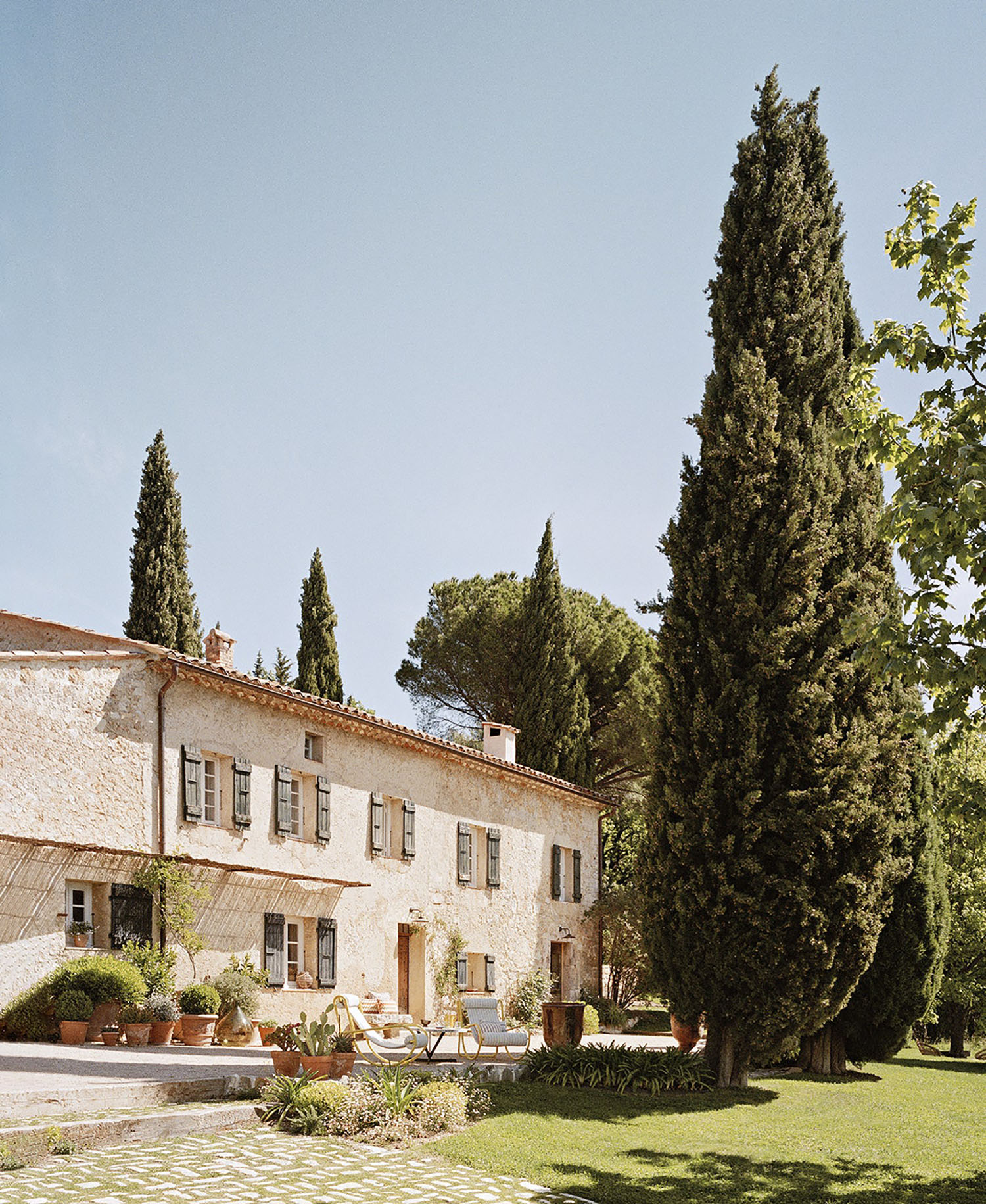 The designers frequented antique stores and markets to source the authentic pieces yet they never let that restrict them from adding strong modern pieces and infusing their own geometric and graphic styling to the rooms. In the living room, for example, a Victor Vasarely lithograph is placed above the fireplace facing a sculpture-like ceramic side table by Parisian sculptor Agnès Debizet flanked by modernist seating – a Pierre Jeanneret armchair on one side and a Marco Zanuso chair on the other.

They also gave free range to Italian artist Roberto Ruspoli to sketch endless-line faces on the wall of a guest room, in a staircase and the dining room. 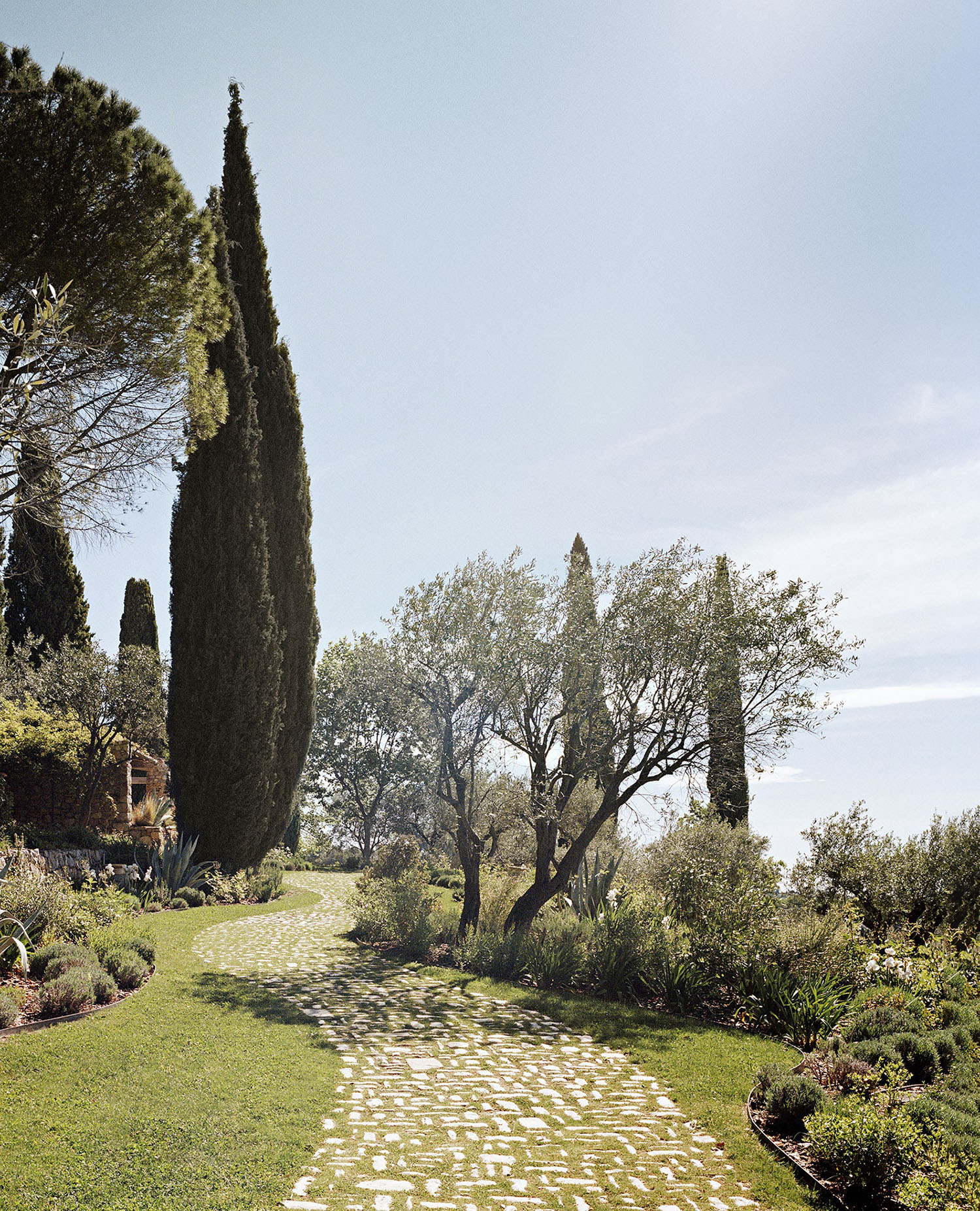 Mixing valuable pieces with simple finds, modern statement pieces with antiques, and muted colours with natural hues has created a lived-in, luxurious yet relaxed atmosphere. This is a home, not a show piece. No doubt the two designers don’t mind working from home in their Provencal haven. Tuija Seipell 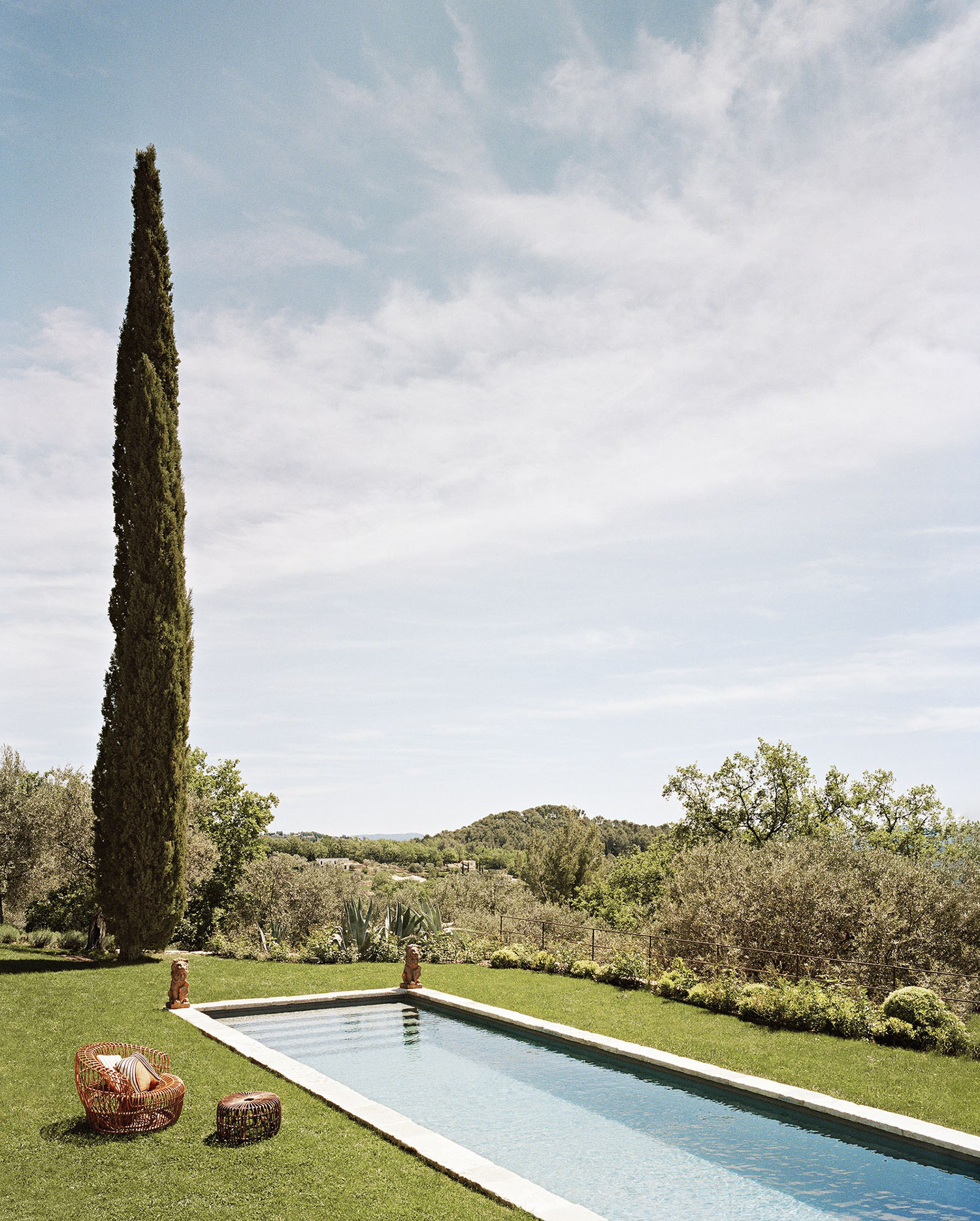