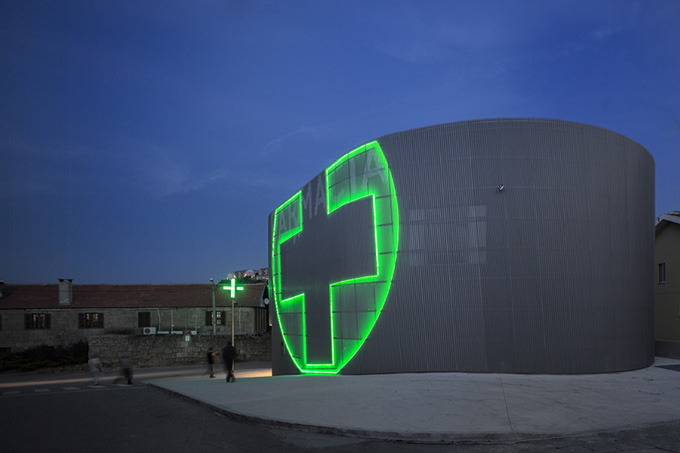 This funky pharmacy with its unconventional exterior and startling interior volume is not something you’d expect to stroll into in a small, ancient town in north-central Portugal. 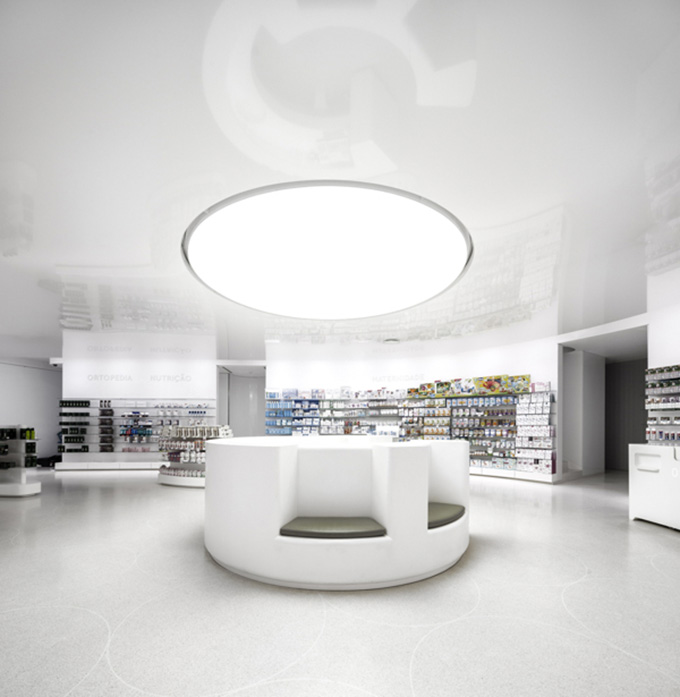 Yet the 50,000 or so inhabitants of Vila Real (=Royal Town) who can trace their town’s history back to the paleolithic era, were quite used to an imposing pharmacy building on this site. 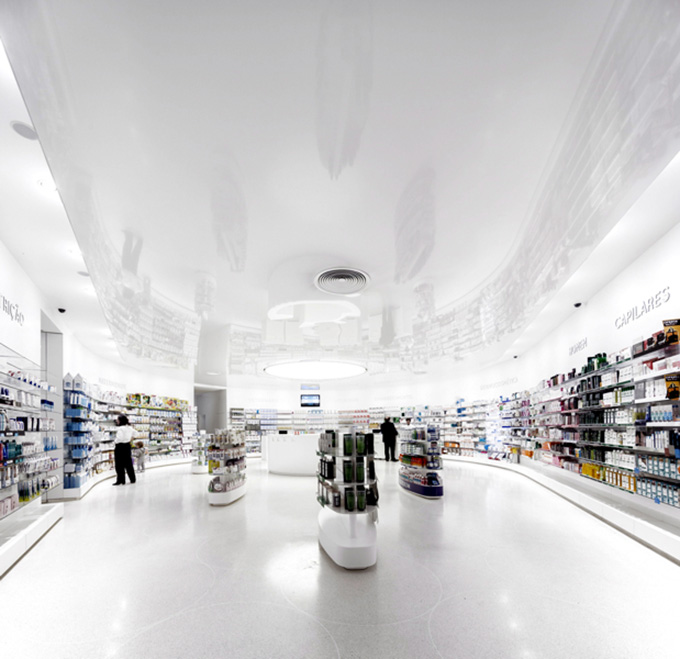 But when the private owner of Farmácia Lordelo – which had already operated nearly quarter-century on this site – decided to rebuild, she did not go for timid.

Instead, the architecture and interior design by JOSÉ CARLOS CRUZ – ARQUITECTO went all the way to a super-modern, taking advantage of the fact that the area does not have strict building style restrictions. The building certainly stands out in this residential neighborhood located slightly off the city centre. 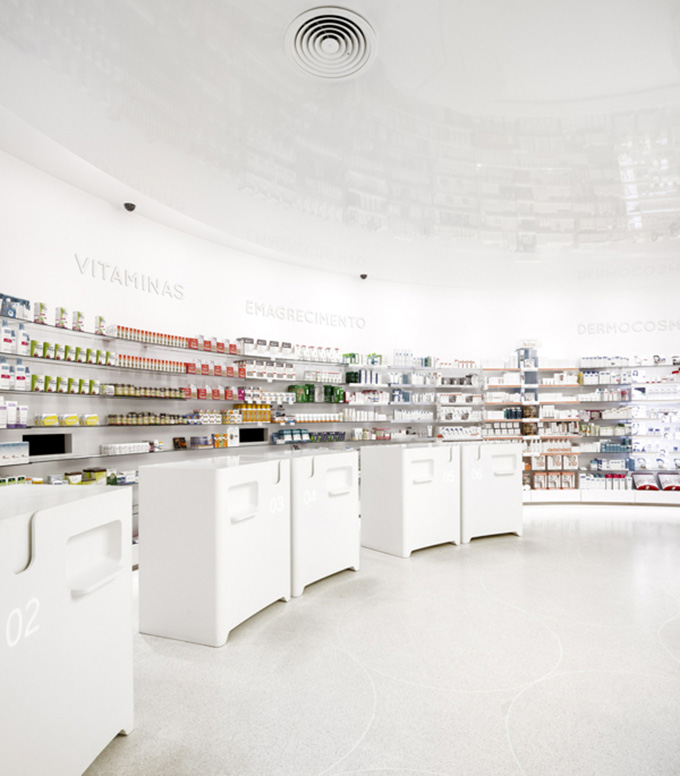 Many of us are used to the type of ‘drug store’ where the actual pharmacy part is squeezed into a back corner somewhere and given as little space as possible – as it is not the part generating the profit – while the rest of the store space is taken up by everything from diapers and toilet paper to books and food, and with the tacky packaging and POS material that goes with that. A pharmacy this clean and beautiful is a rarity, indeed. 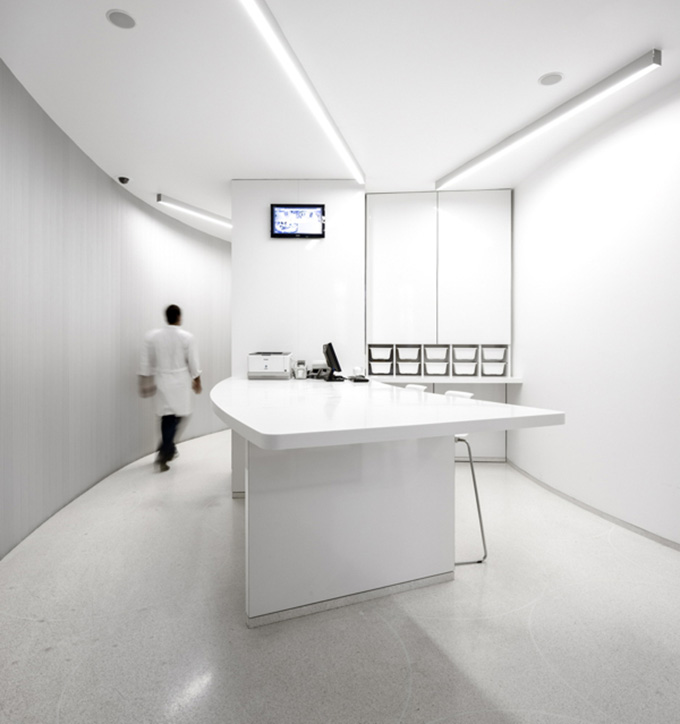 Farmácia Lordelo is not only a compounding pharmacy but also a laboratory, which is one of the reasons the designers toned everything down and kept the interior airy, white and logo-less. How wonderfully refreshing! And yes, it does look a bit sterile and clinical as well, but that was the intention.

The oval-shaped space is 522 square meters in size (5618 sq.ft.) and the various functions are divided into two levels with the retail floor on ground level..

We also love the cool aluminum coated and perforated exterior where the only opening is the main entrance to the retail floor. The enormous cross logo and the external lighting changes creating an animated and lively contrast to the monochrome interior. – Tuija Seipell 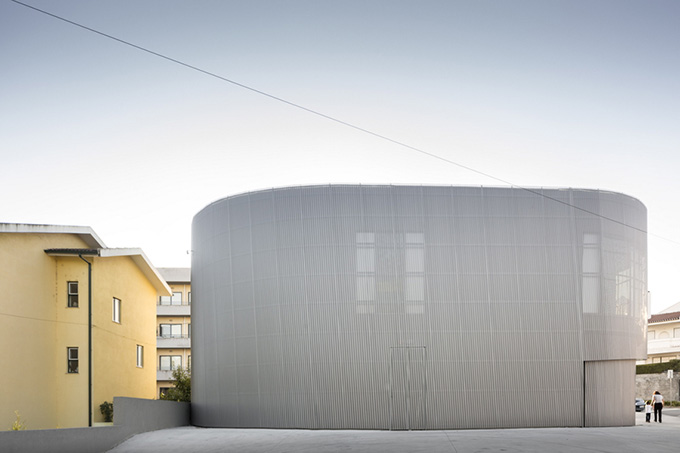