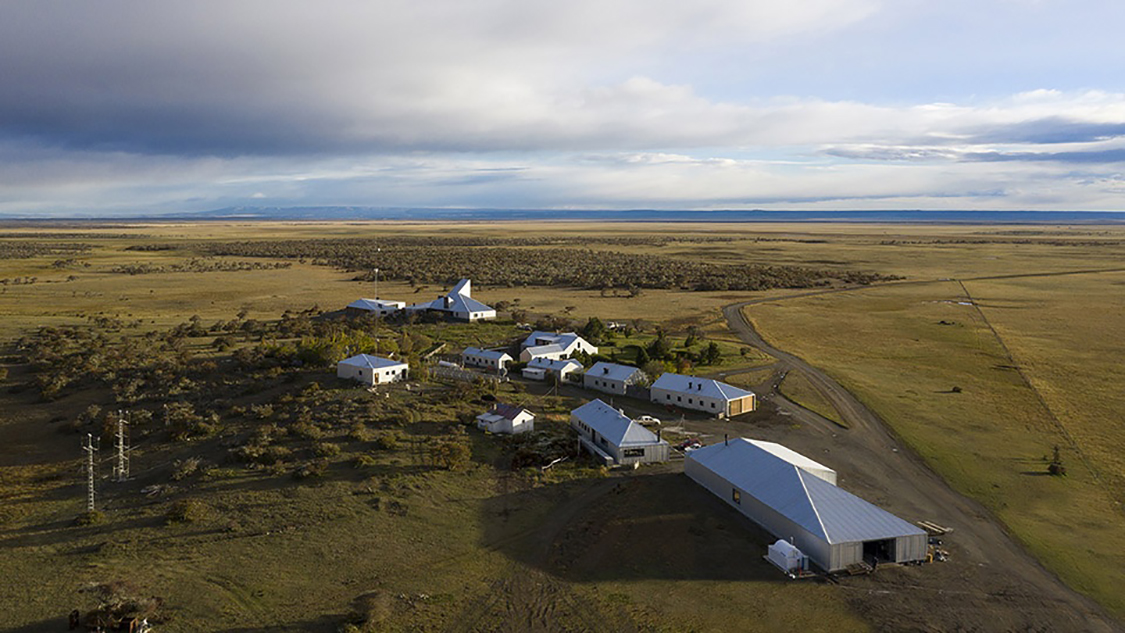 At Estancia Morro Chico, Patagonia, Argentina, a group of white, angular buildings stand in the vastness of the landscape. Yet more than appearing to protrude or interfere with the land, the structures seem to humbly attempt to cope with it, grouping together for safety and company just like the people and sheep to whom they owe their existence. 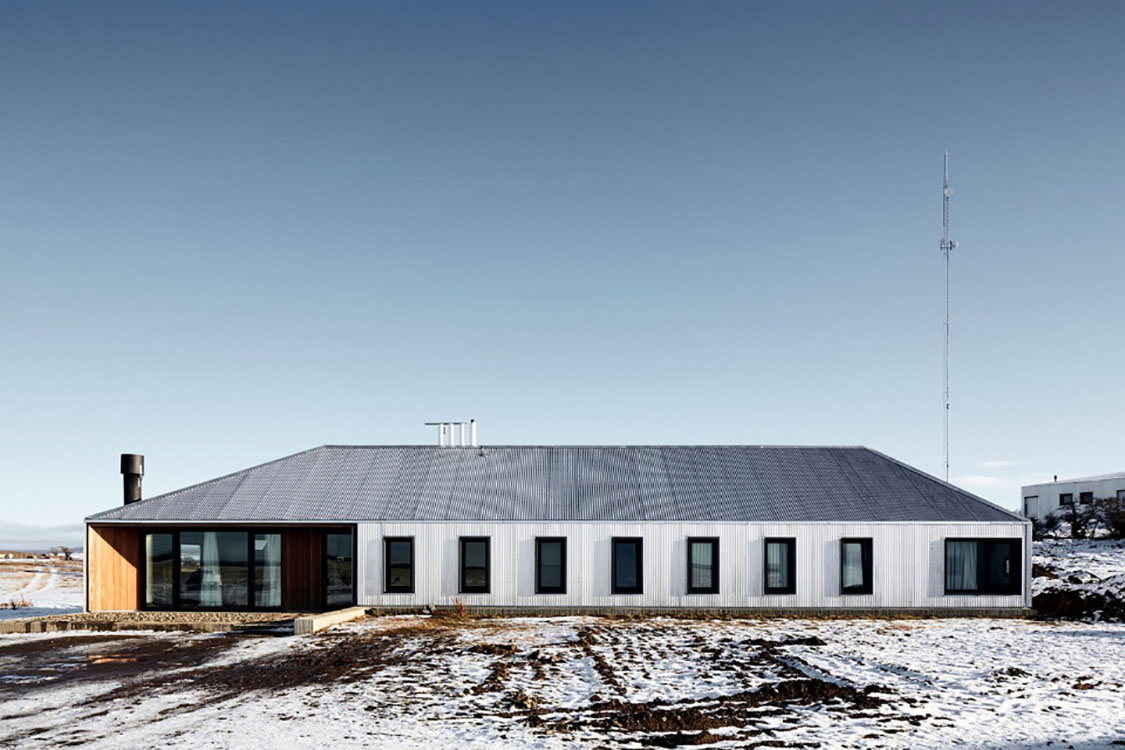 At the end of the 19th century, Scottish settlers from the Falkland Islands arrived through the Chilean City of Punta Arenas to this part of the Argentinian Patagonia at the southern Chilean border. 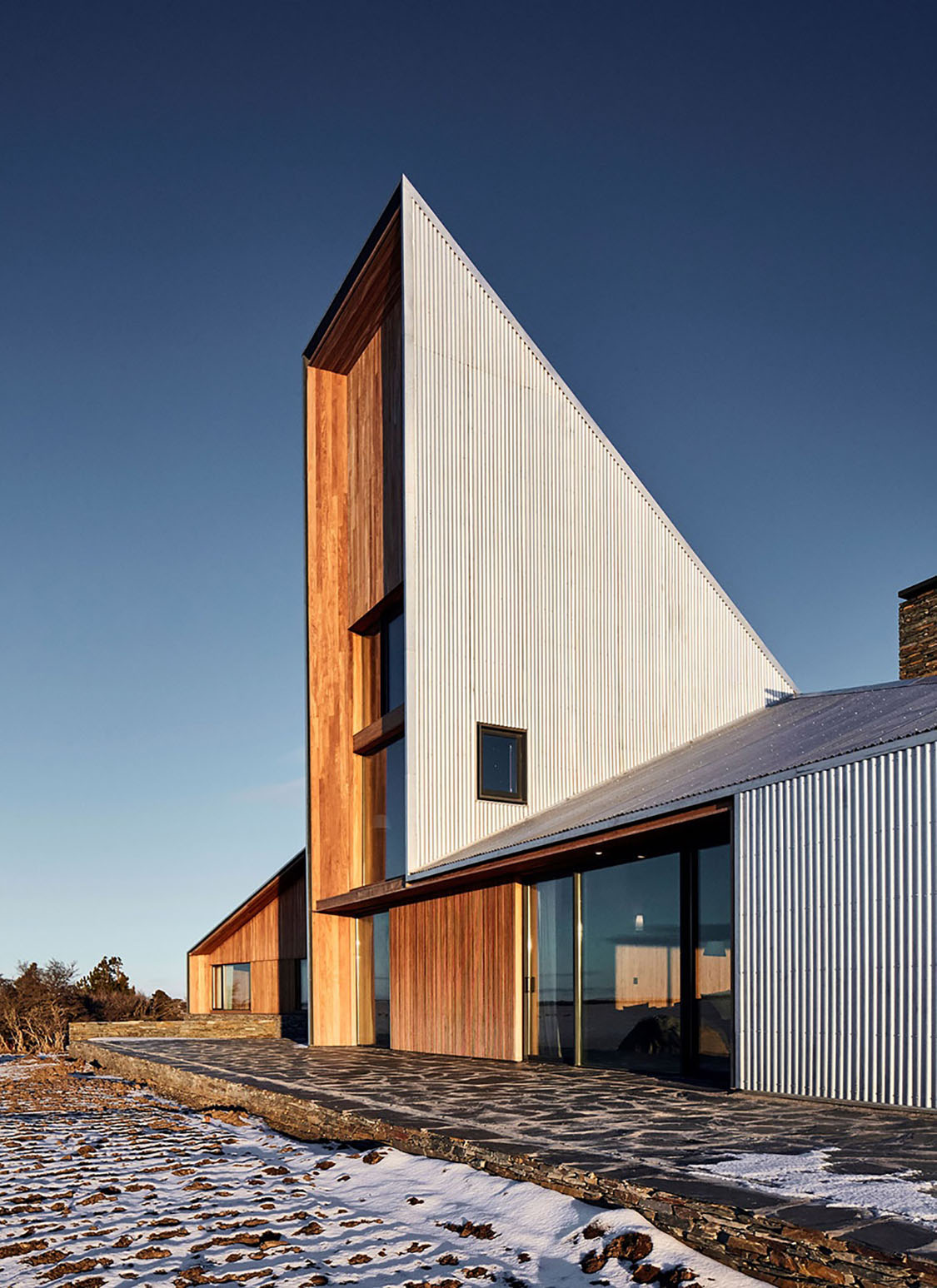 Between 1888 and 1890, the vast 2000-kilometre migration of people on horseback and more than 5,000 sheep, known as “el gran arreo,” brought the colonists from Rio Negro province to the area to settle the land the government had granted them. 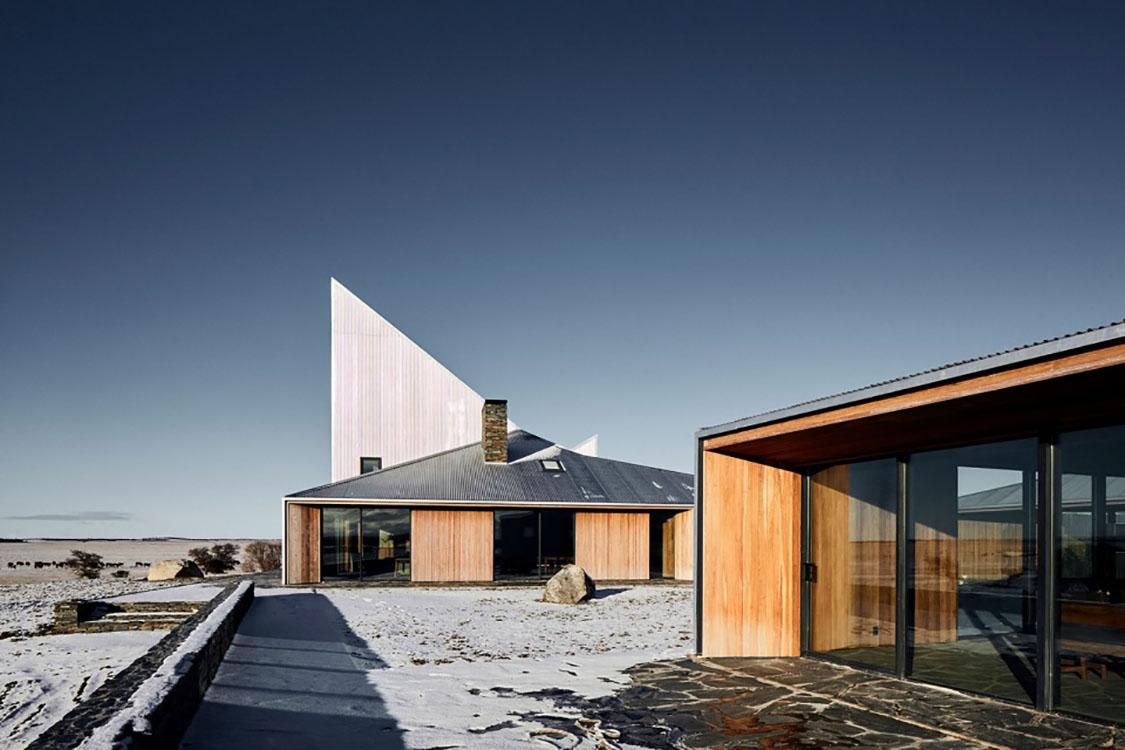 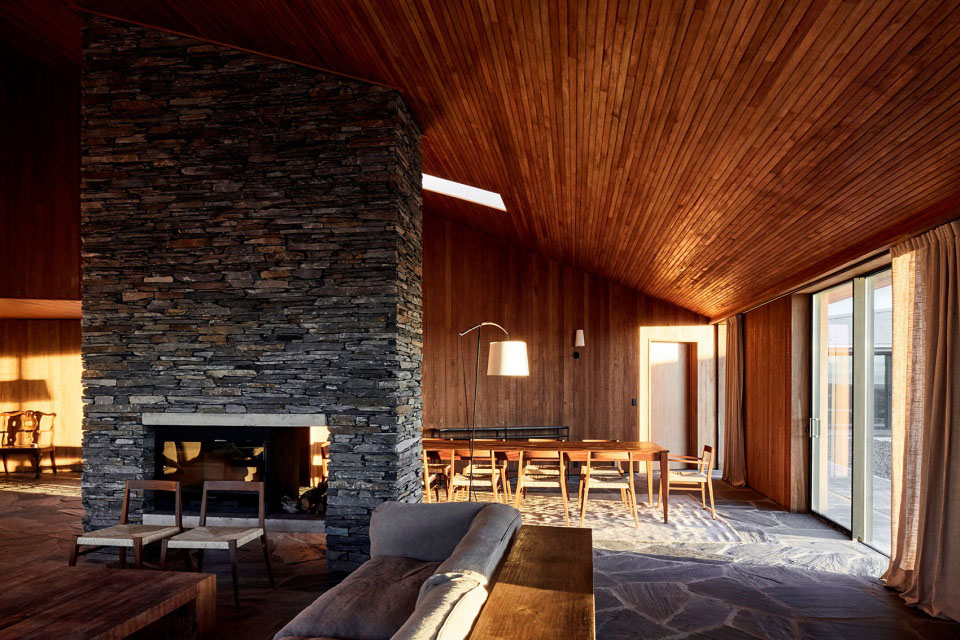 Estancia Morro Chico was established by the Gallie family as a result of this two-year great drive. Now, more than a century later, the fifth generation decendants of the same family decided to completely upgrade  all of the operations and buildings on the site. 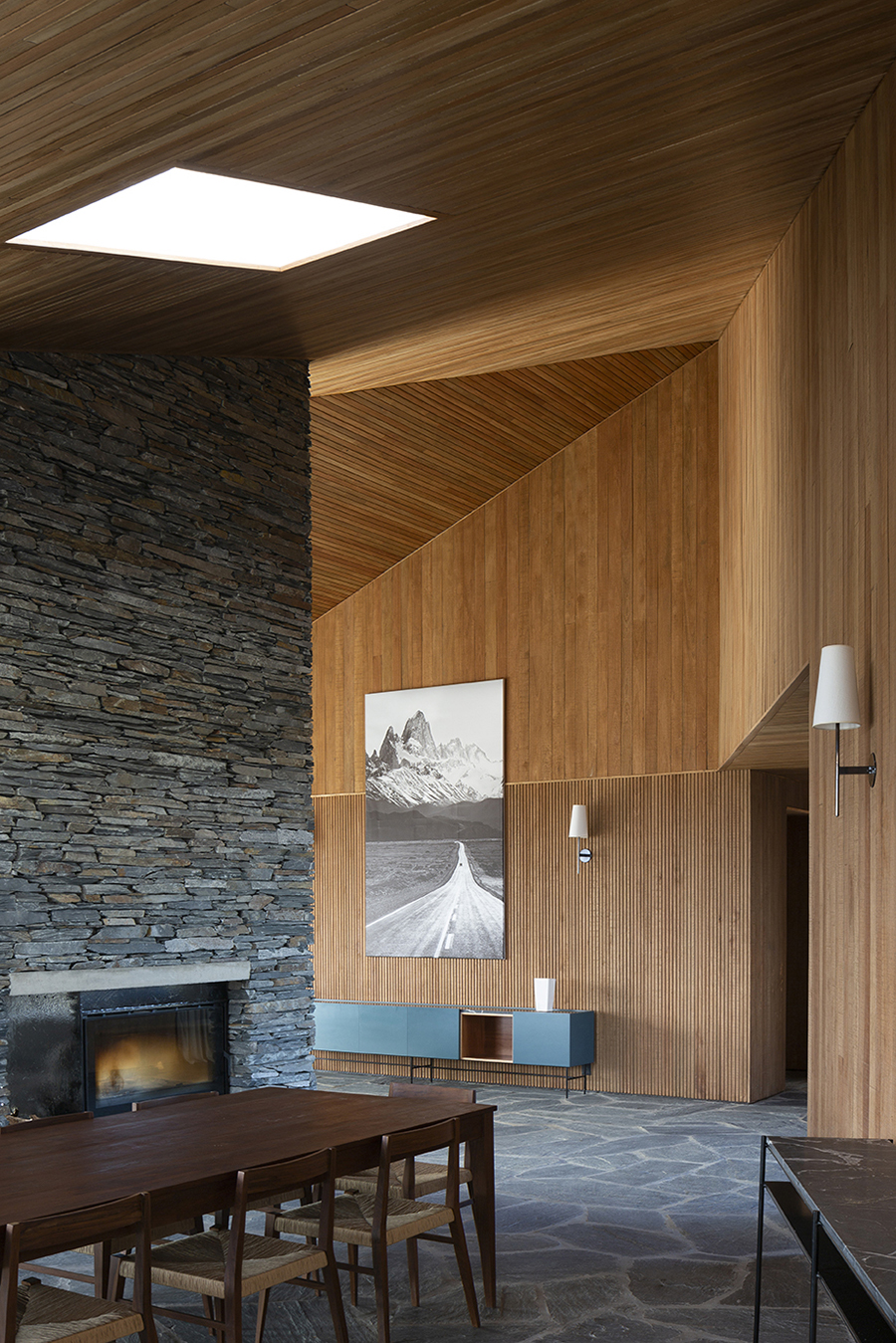 The aim was to preserve the natural heritage of the ranch, establish improved and upgraded production of meat and wool, modernize the living conditions of the resident workforce and to do this all in a sustainable manner. 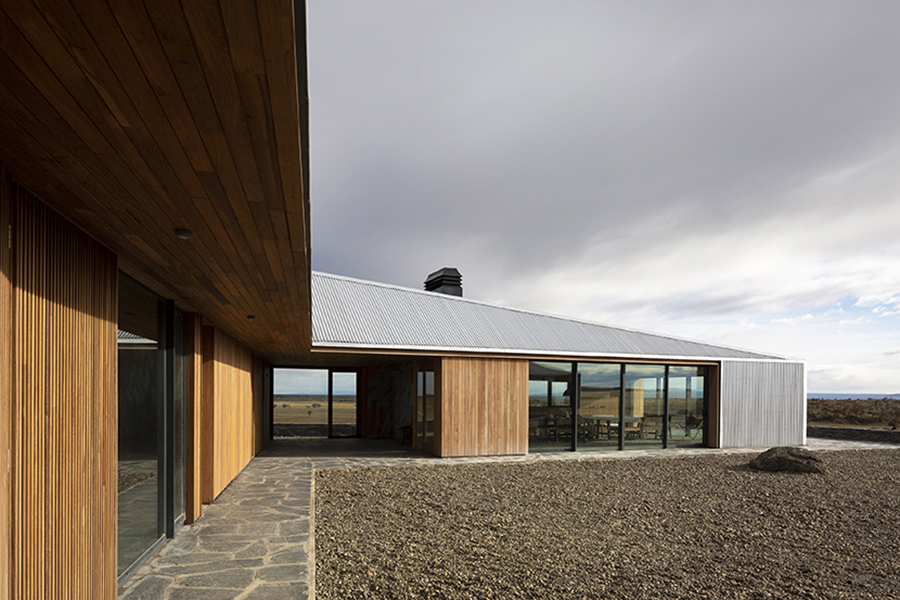 Lausanne, Switzerland-based Richter Dahl Rocha & Associés Architects was selected to draw the master plan and to accomplish the transformation project that lasted from 2015 to 2019. 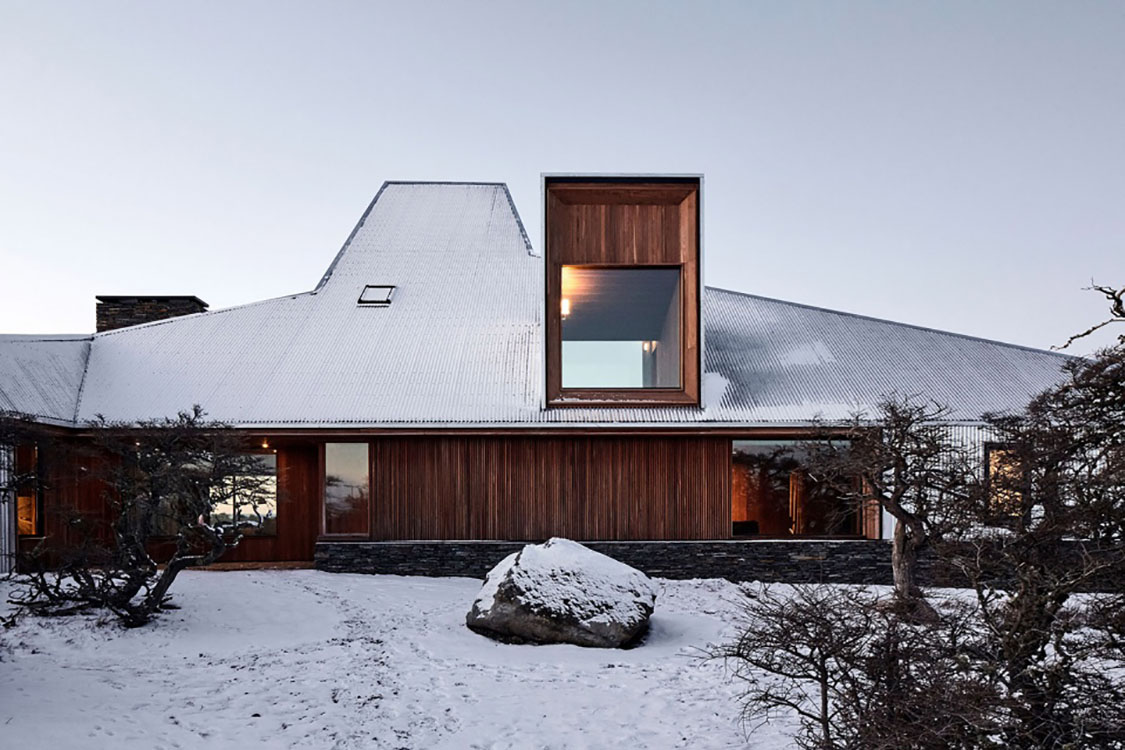 The aim of the owners, employees and contractors was to re-use or recycle all of the existing buildings and building materials t and to upgrade all family and staff houses, guest houses, barns, shearing barn, stables and dog kennels using energy-efficient construction methods and renewable energy sources. 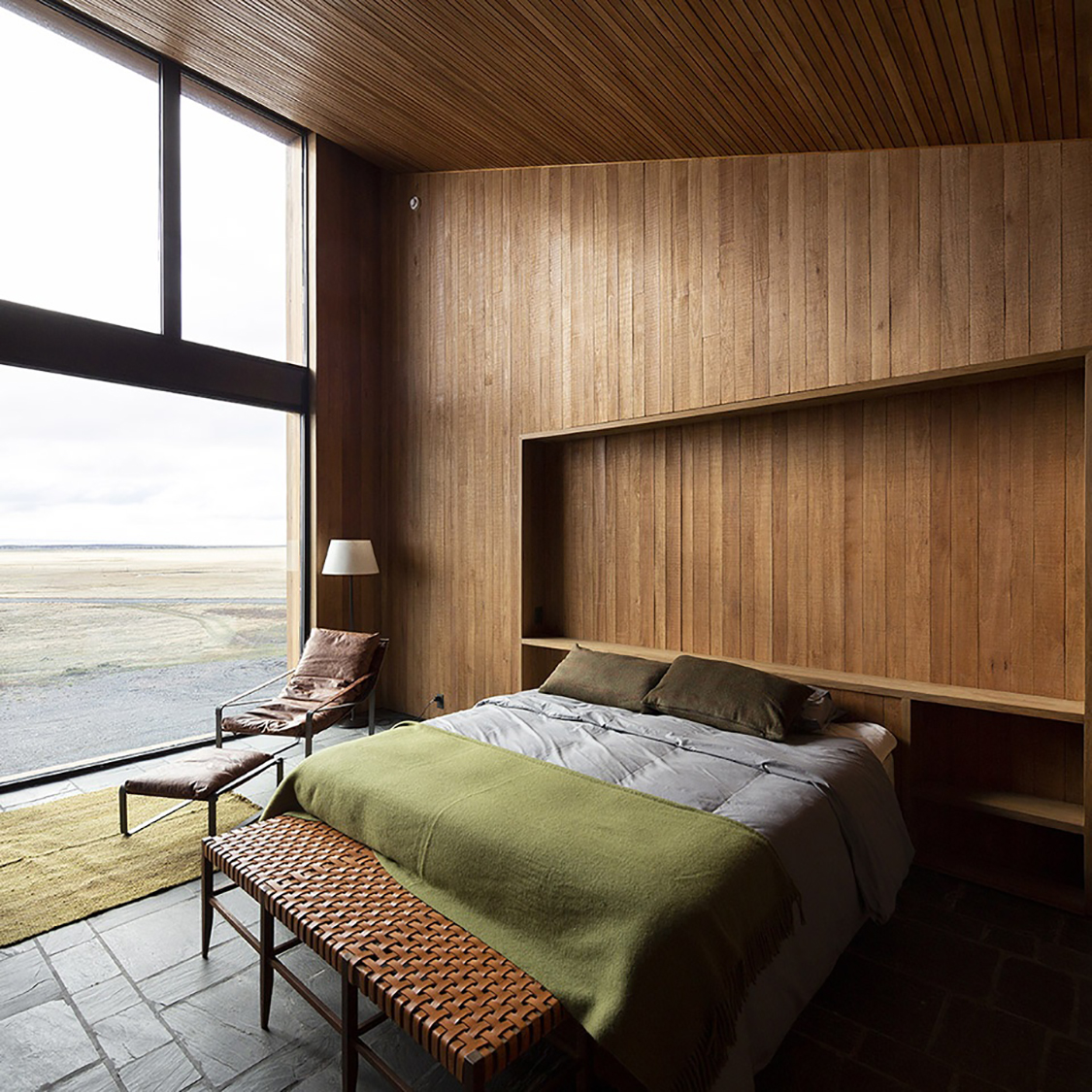 The key materials used were corrugated iron and wood, with the use of wood decreasing the further away the building’s purpose moved from residential (family, staff and guest residences) to utilitarian (sheep-shearing shed, machinery storage). 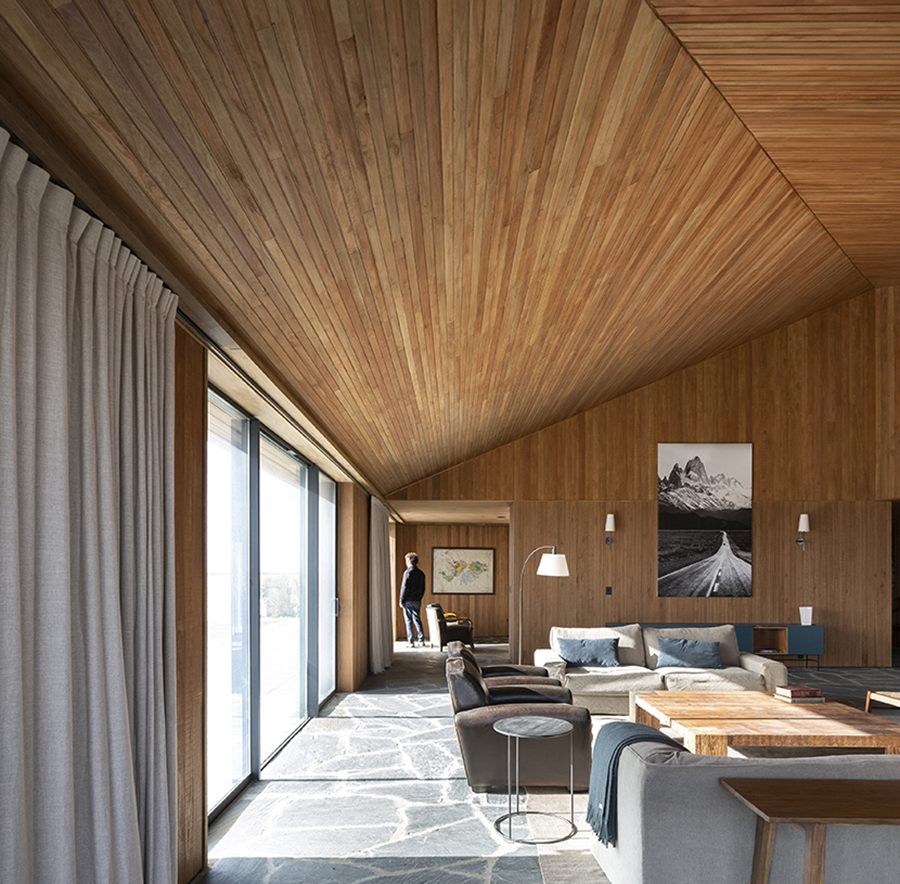 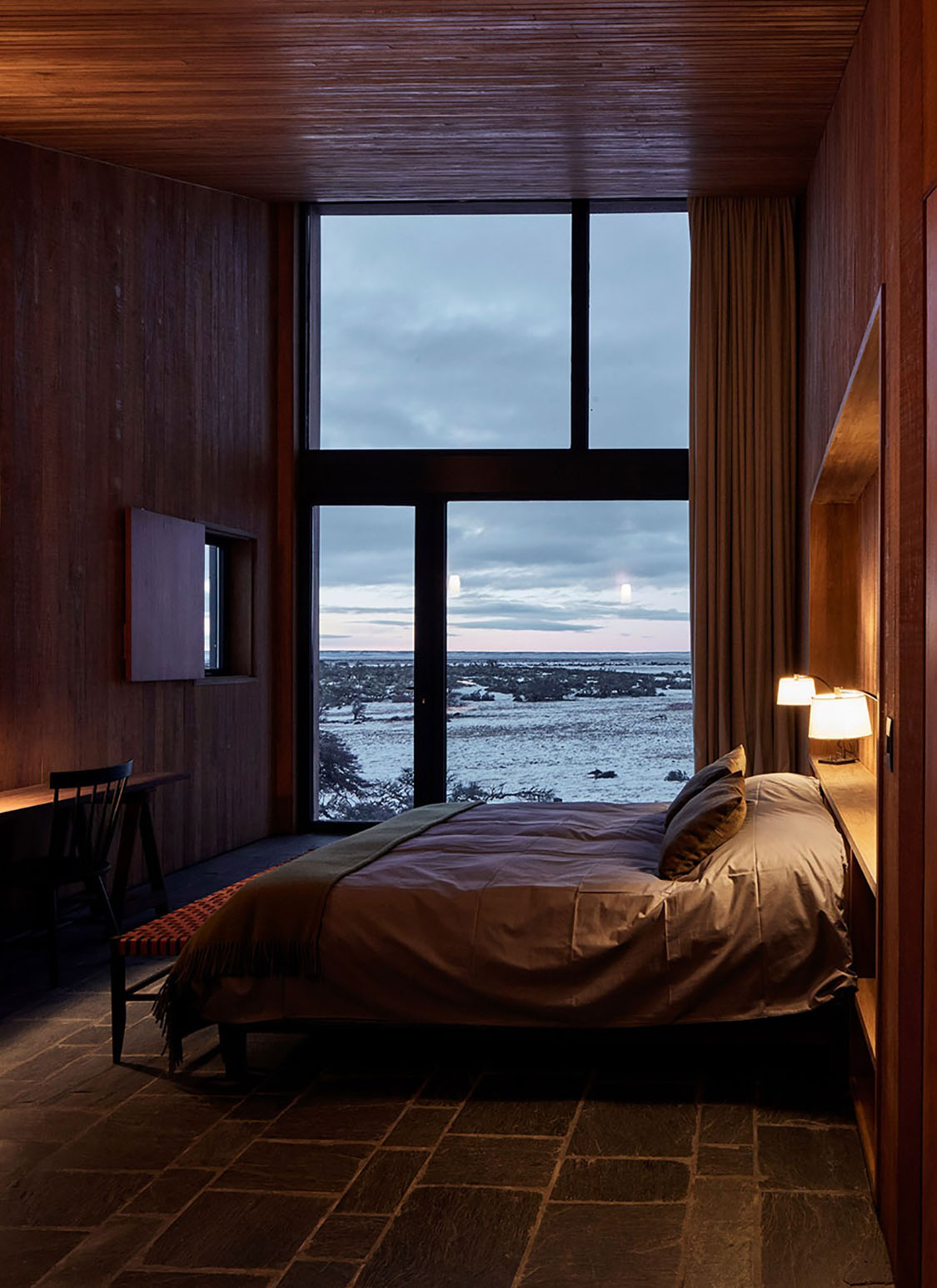 Prefabricated wood and metal, clad in corrugated iron are materials similar to those used by the pioneers of the region for the same reasons as today: scarcity of resources, complexity of logistics and long distances. The original building style was emulated in all of the new segments and the buildings were grouped together in the traditional Patagonian style in protective huddles to withstand the harsh climate and create specific areas for specific functions. 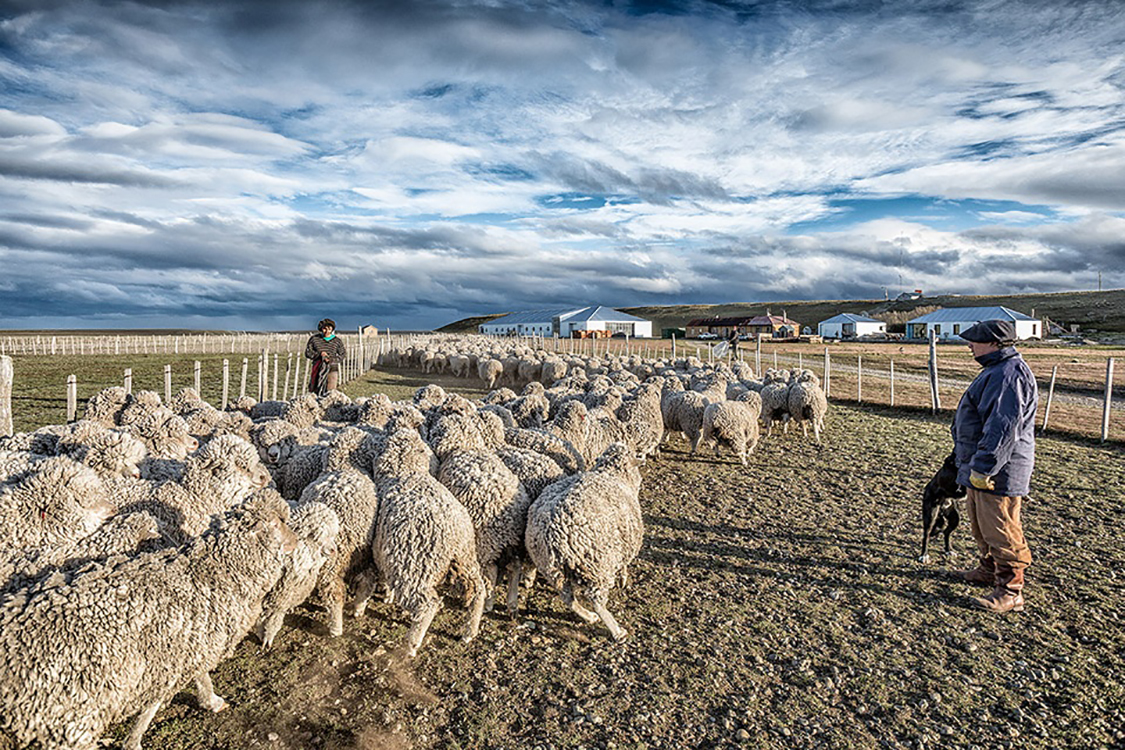 Today, the 27,000-hectare Estancia Morro Chico has 11,000 Merino sheep and 1,500 Hereford and Aberdeen Angus cattle. The aim is to eventually expand to 100,000 sheep and to supply high quality merino wool and cow and sheep meat to the world’s most demanding and sophisticated markets. 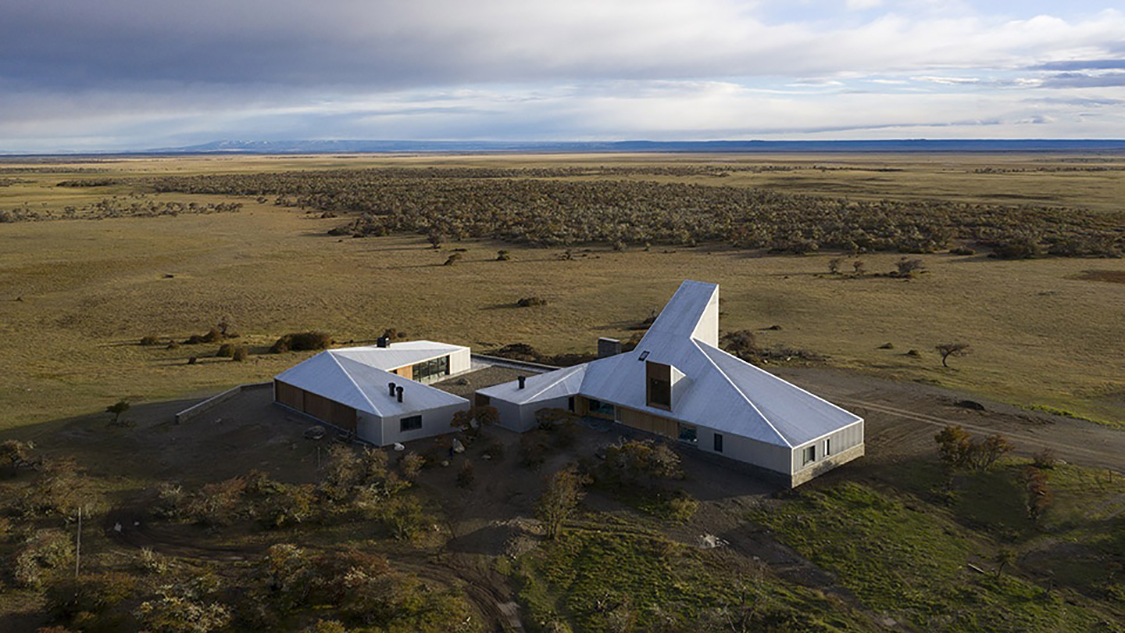 The ranch’s promise is to “do everything we can to preserve animal and plant welfare, such as good animal practices both in sheep and cows ,and sustainable use of the native forests and grasslands.”