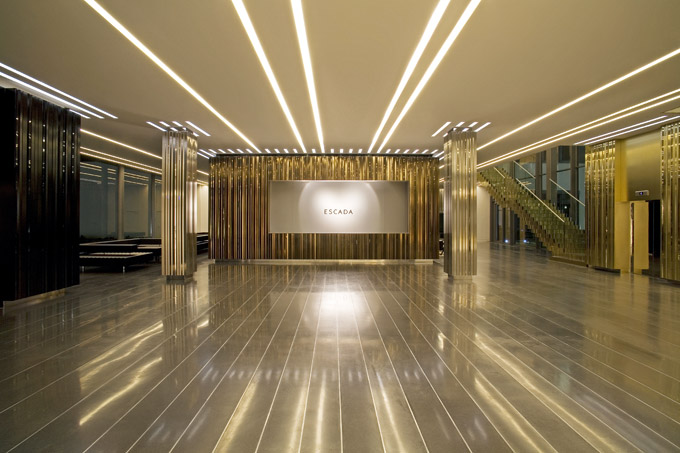 Sometimes you come across an environment that really lets the merchandise or content (such as people, merchandise or furnishings) stand out. This 2,000 square-meter jewelry-case – the head office of the venerable fashion house Escada in Munich, Germany – is a luxurious example of this.
Completed in late 2008, the location hosts the international fashion media and buyers who gather here to view the latest Escada collection each season. The three dominant areas – entry court, lobby and interior courtyard – are separated by transparent facades. This creates a visually stunning, 75 meter-long runway that flows right through the center of the entire building. 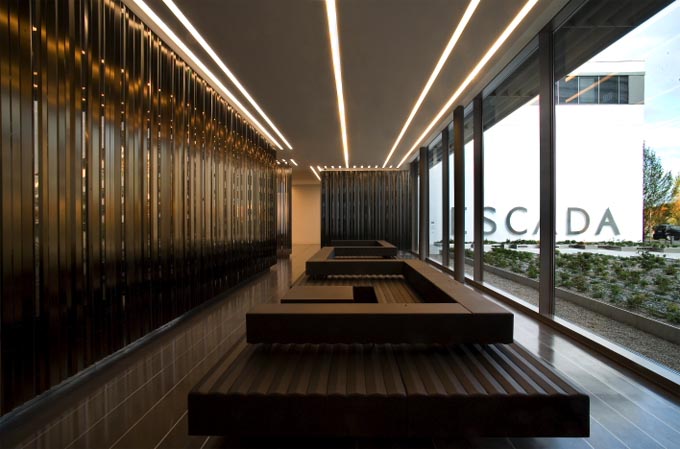 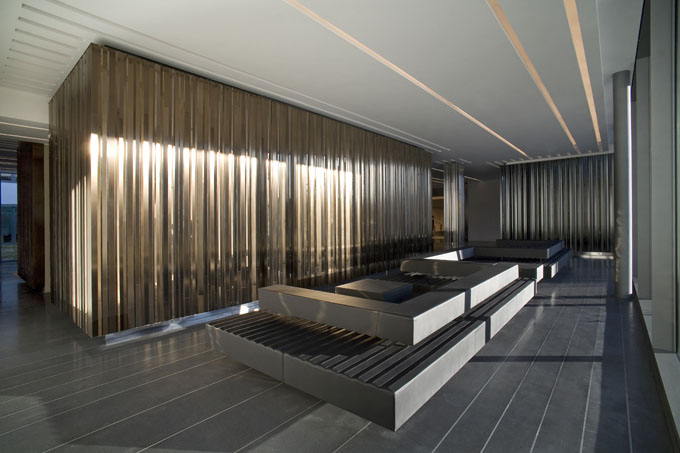 Carlson graduated from Kansas State University School of Architecture in 1986. Before co-founding the Louis Vuitton Architecture Department in 1997, he worked in the offices of Mark Mack, Oscar Tusquets and Rem Koolhaas, He established Carbondale in Paris in 2004. Carlson is known for his work with luxury brands including the Louis Vuitton buildings in Roppongi, Tokyo, the LV Maison in Paris, the 360͑