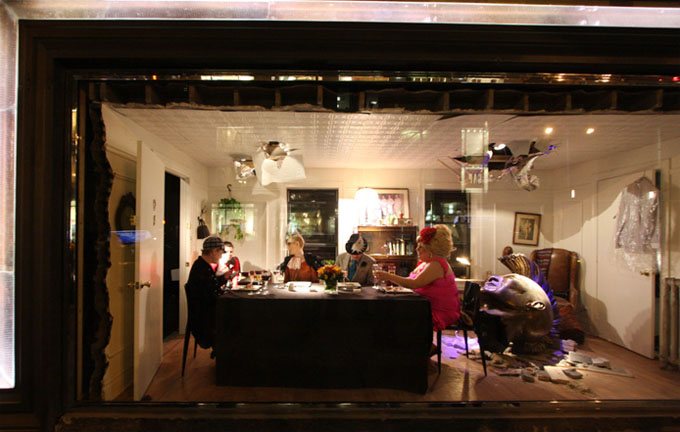 Sick of going to the opening of an envelope new store opening party? The tried and tested formula is safe, uninspiring and obvious. (Eg. celebrity invites, cult dj spins some safe retro tunes and the real consumer is supposed to be inspired by this out pouring of elitism to then visit said store.) Always ready to challenge the status quo, Diesel’s new store on Fifth Avenue in New York took a decidedly different approach at a time when consumer behaviour and creative marketing is not only revered but essential.

Titled “Five on Fifth”, the guerrilla marketing campaign for Diesel allows the consumer on the street to witness real life installations in their store windows. Intimate dinner parties that would normally be held behind closed doors were staged in the windows featuring famous New Yorkers. Each night was a different theme (cleverly organised to appeal to a cross section of consumers) with a club night featuring key dj’s like Richie Rich, Kenny Kenny and Patrick McDonald, a sports night with the key players from the New York Giants and then a Fashion night featuring the girls from Ford Models. 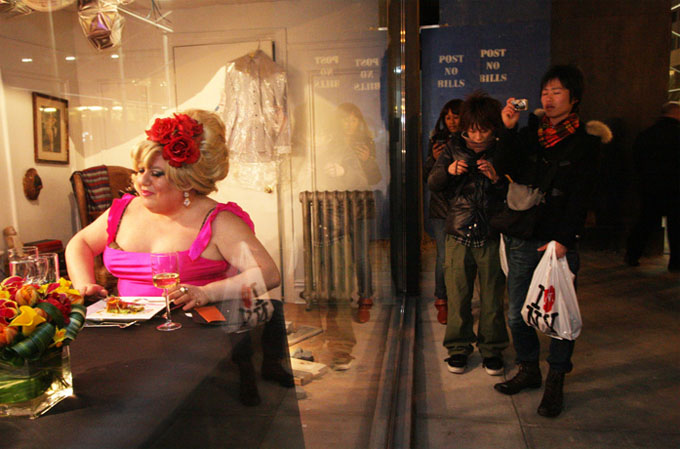 Street teams also gave out free goodies in key spots alongside the intimate window dinners in an attempt to catch the busy eyes of the press who were running with blackberries in hand from Fashion week’s shows to parties.

Bravo to Diesel for their creative, inspiring and well executed campaign that should hopefully set the bar for economic-chic alternatives for store openings! – Kate Vandermeer