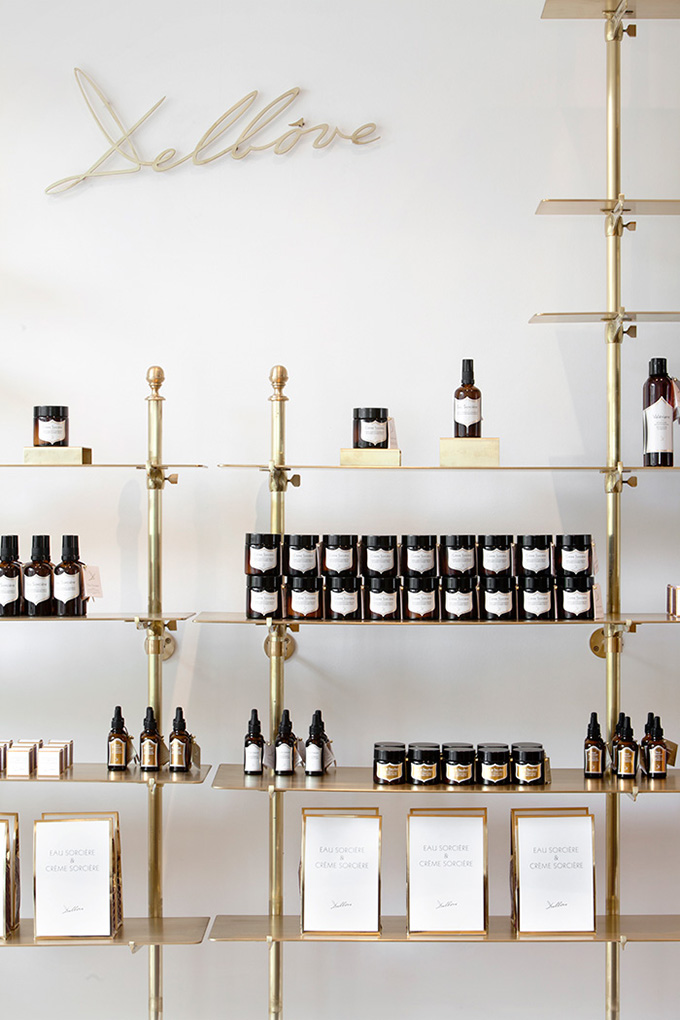 In the 1950s Roger Delbôve started a chain of high-end hair salons in Belgium, eventually growing and expanding it with his wife, Marion who had worked with Helena Rubinstein Belgium. Some 20 years later, they were researching, developing and producing their own products and offering a complete service for women, from head to toe. 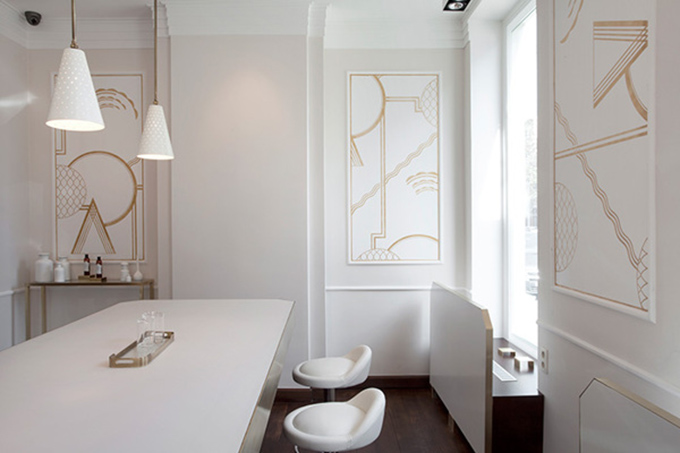 In 2011, Gina and Sybille d’Ansembourg join the Delbôves’ daugter, Isabelle, in the business and focus on expanding the reach of the Delbôve Cosmetics name. 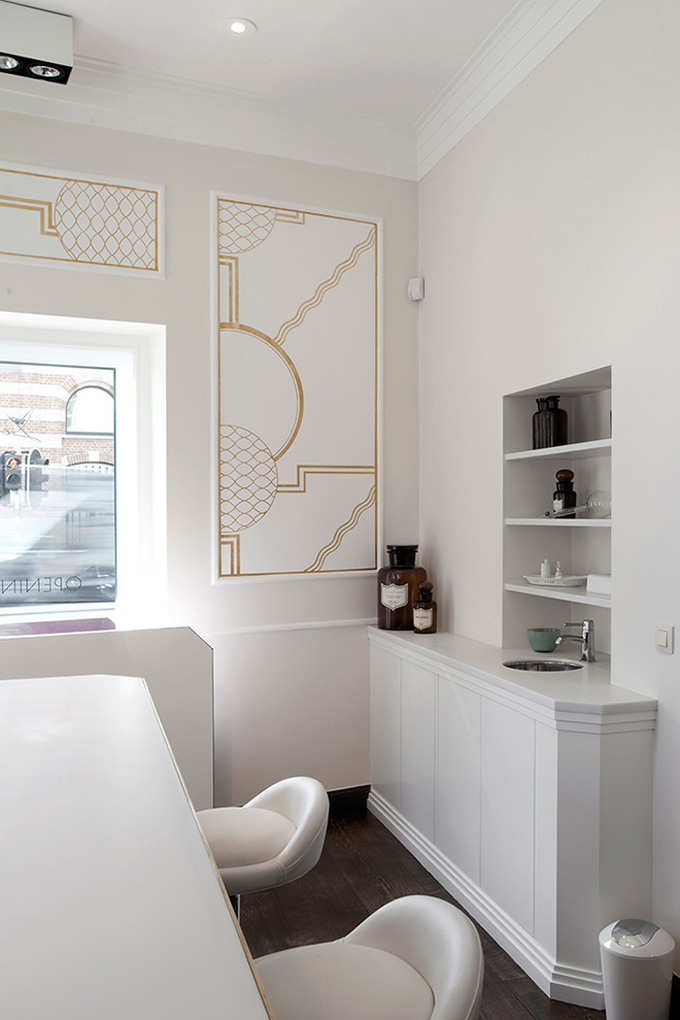 This has now culminated in the opening of the Delbôve Cosmetics flagship store in Brussels this May. Brussels-based freelance designer, Christophe Remy, was in charge of branding from web, package and stationery design to art direction and interior design of the boutique itself. 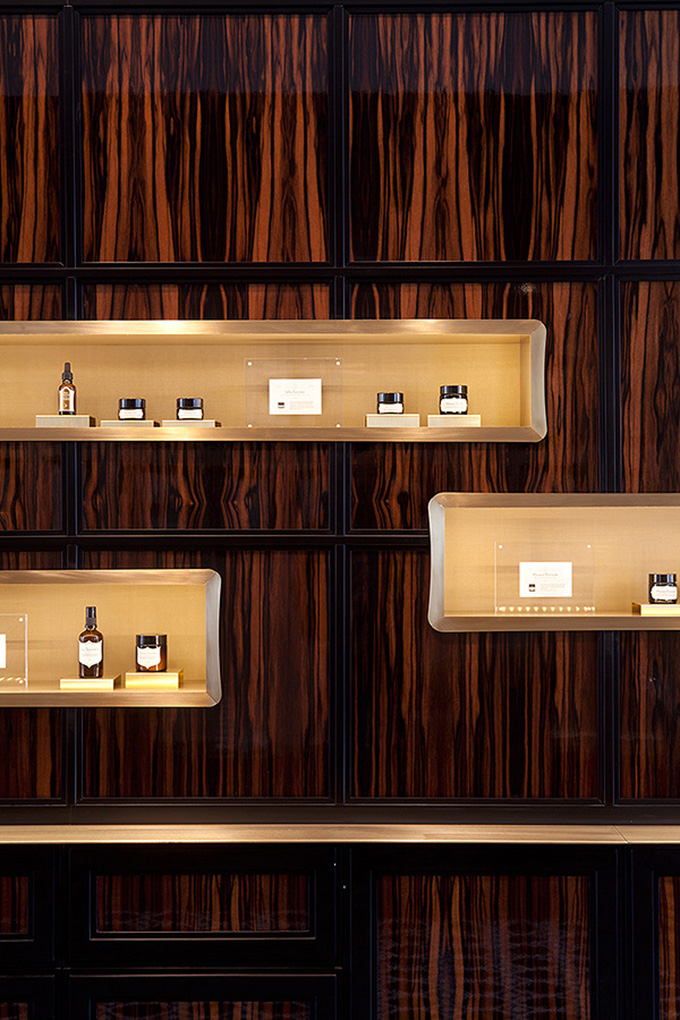 The clean and elegant store is a cool marriage of a modern spa and beauty salon with a pharmacy of a bygone era. – Tuija Seipell. 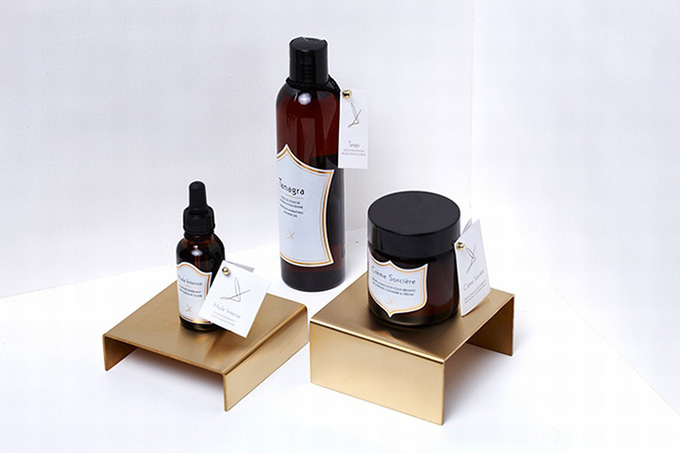