Offices are so last decade. Everyone is a free agent now – especially in the so-called creative fields – and telecommutes, works from home, at cafes or in coworking spaces. Not true.

While many organizations have indeed vacated their massive and expensive office towers, equally as many others have taken a creative approach to work space and reconsidered the role of the working environment in the productivity of their teams. 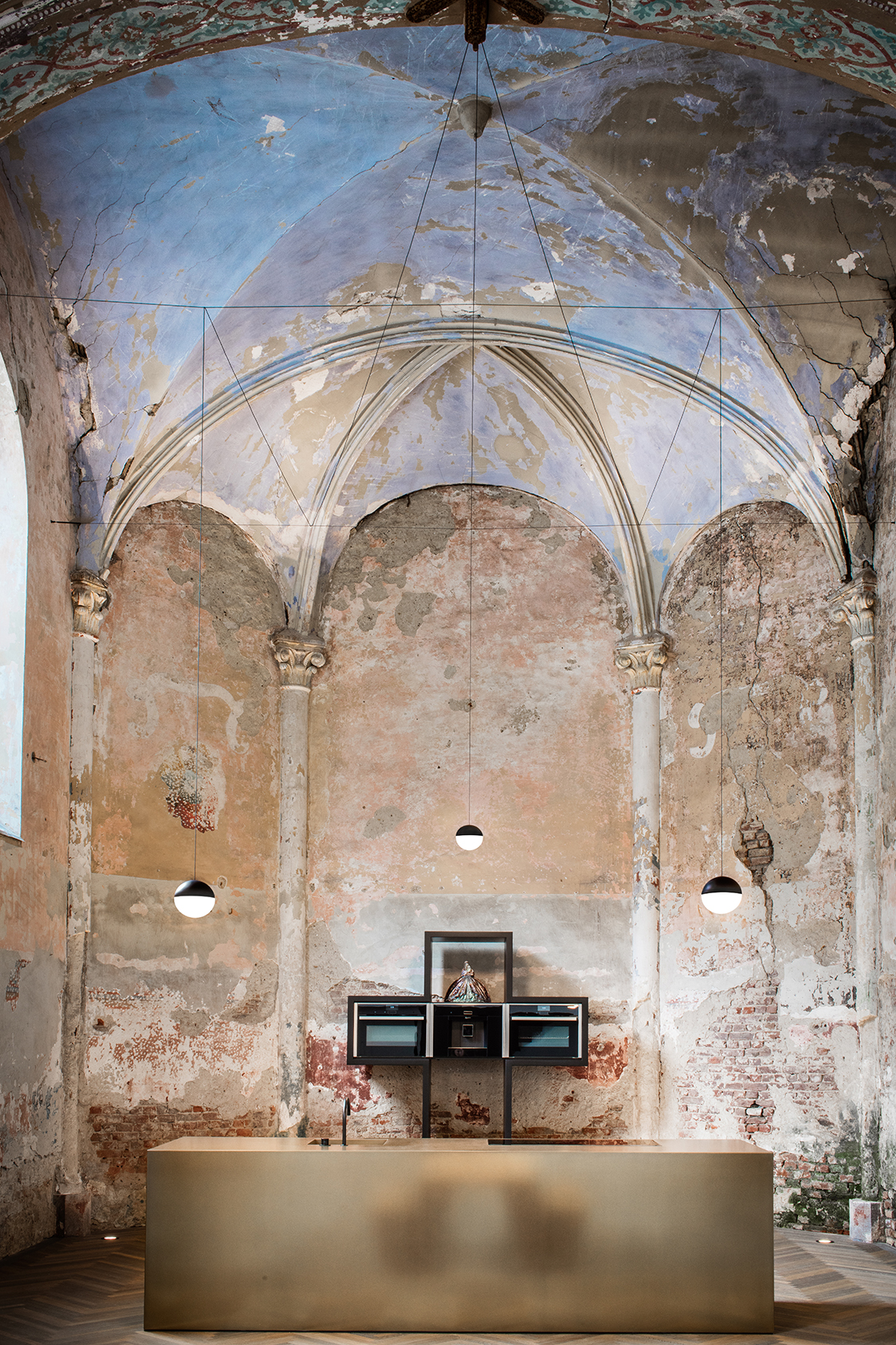 As all this flux is going on, some smart companies are investing in the future by not just creating an inspiring work environment but also enhancing the community they work in.

One of our favourites in this category is Kapel De Waterhond (The Waterdog) in the town of Sint-Truiden in Belgium. It combines three of our loves: reuse of old structures, minimalist design and fabulous arches. 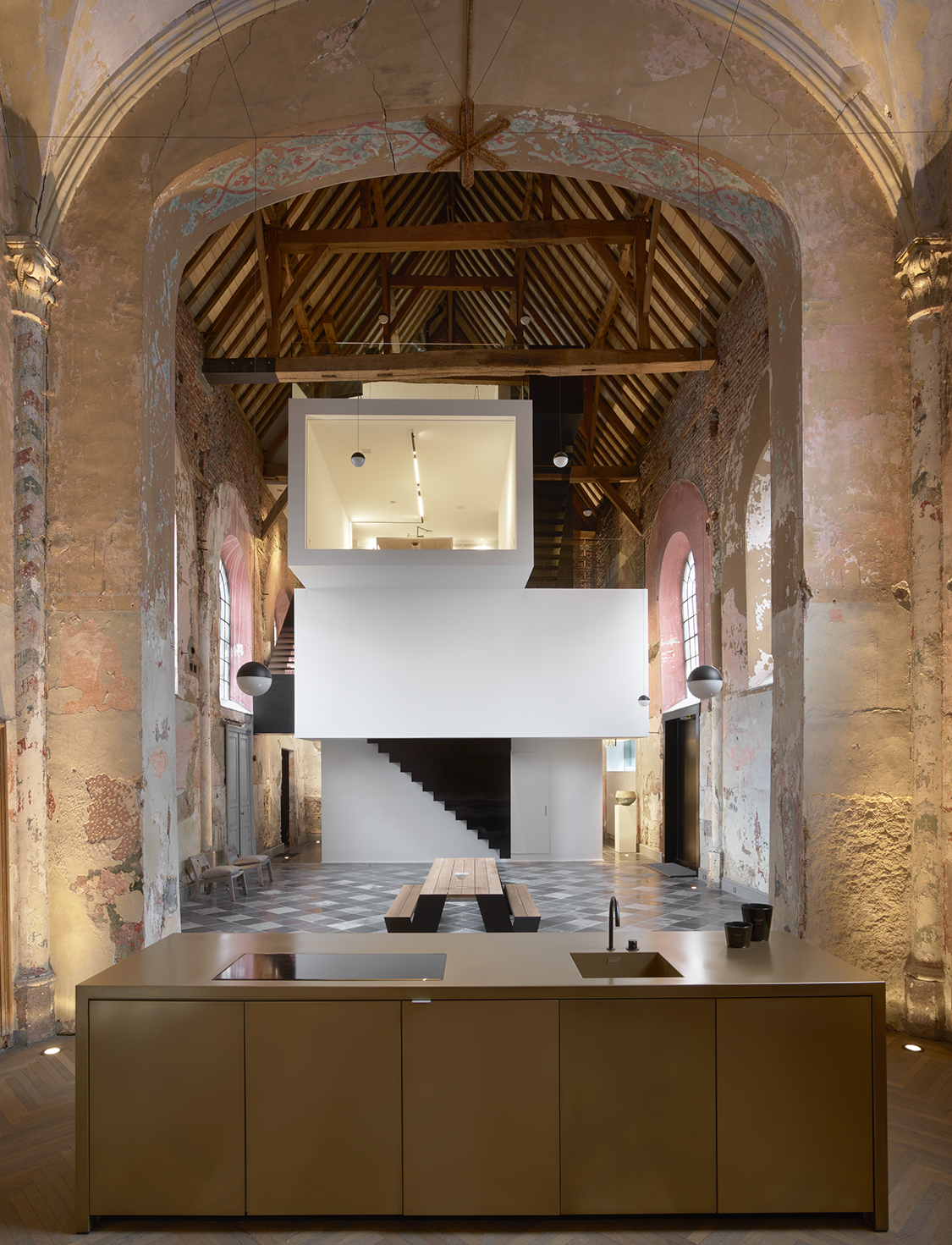 Like many other spectacular projects, it garnered much initial attention two years ago with the gorgeous images spreading across social media.

But unlike several other office revamps that show well in initial images, draw a flash of attention and turn out to be complete failures, De Waterhond has actually proven to be an intelligent restoration and a lovely work space. 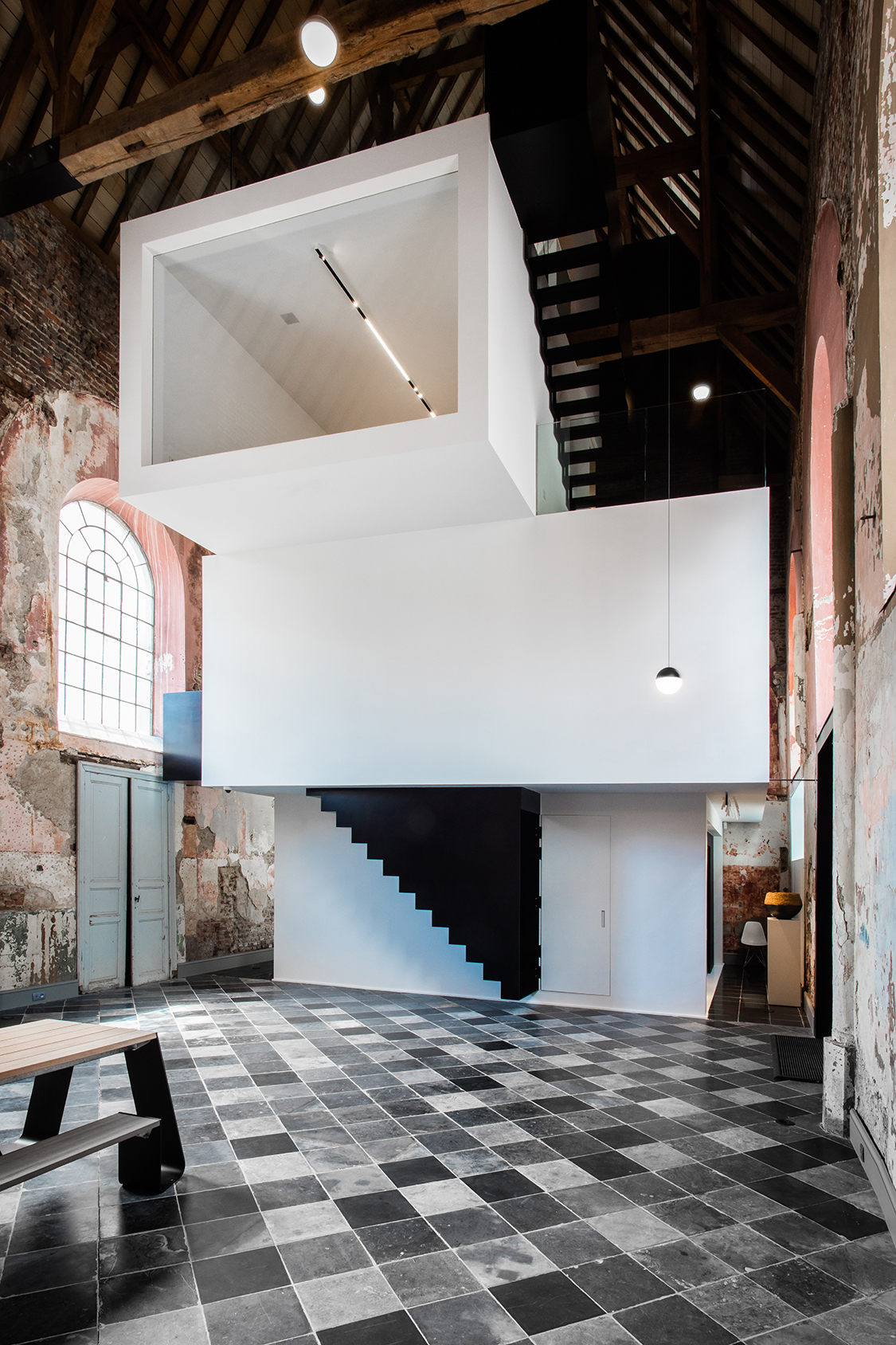 Two years ago, the small staff of the architectural firm Klaararchitectuur moved into a former chapel that the firm‘s founder, architect Gregory Nijs, owns.

With Nijs’s’ lead the firm had reconfigured the structure completely to meet not just their own need for offices, but Nijs’s wish to restore the heritage protected building and reopen it to the public.

In a recent interview with TCH, Klaararchitectuur reflected on the project and updated us on the life of De Waterhond. 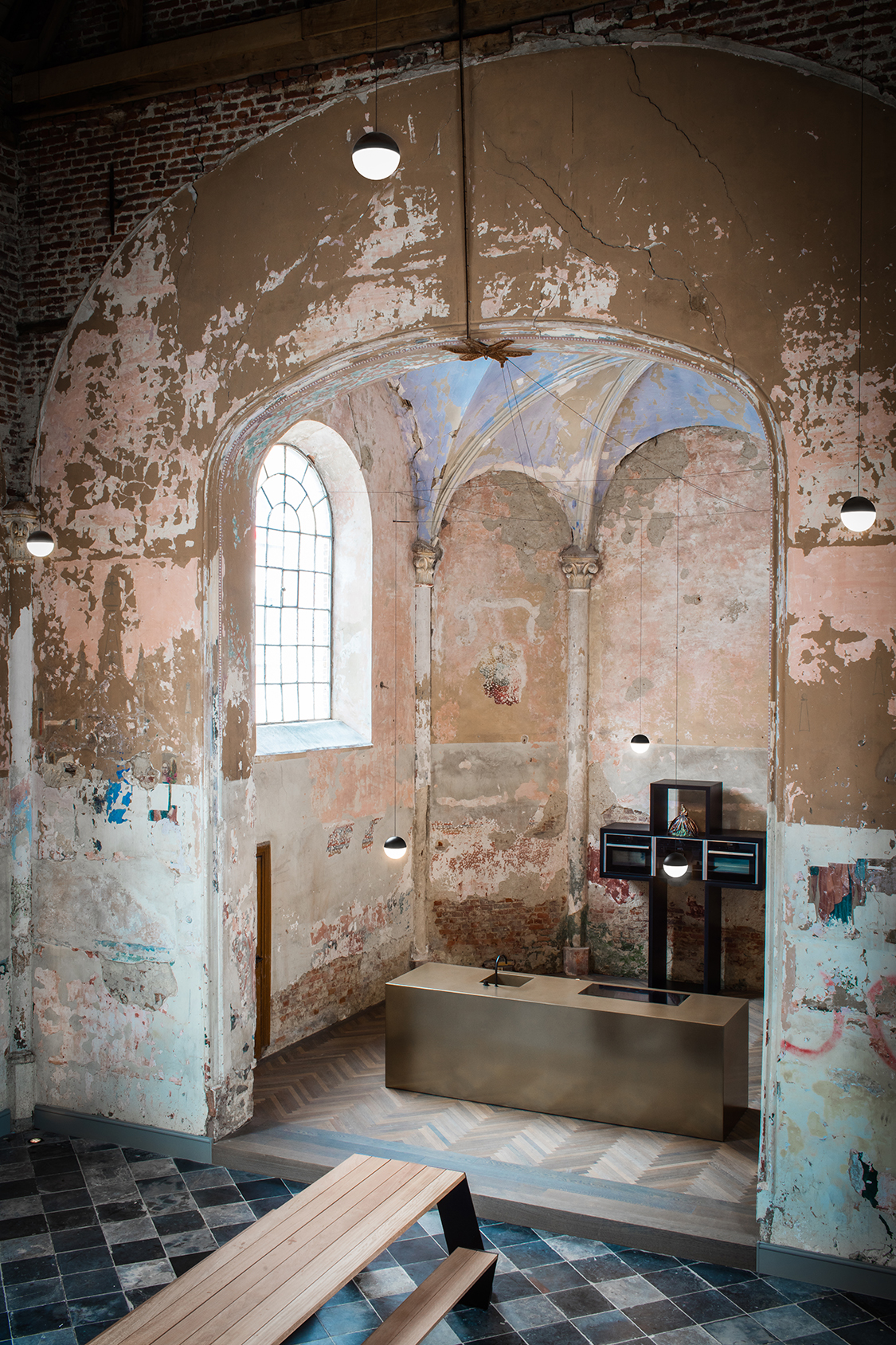 The town of Sint-Truiden in the Flemish Region has several UNESCO World Heritage Sites and other historically important structures, but demolition threatens many other sites that are not seen as valuable. 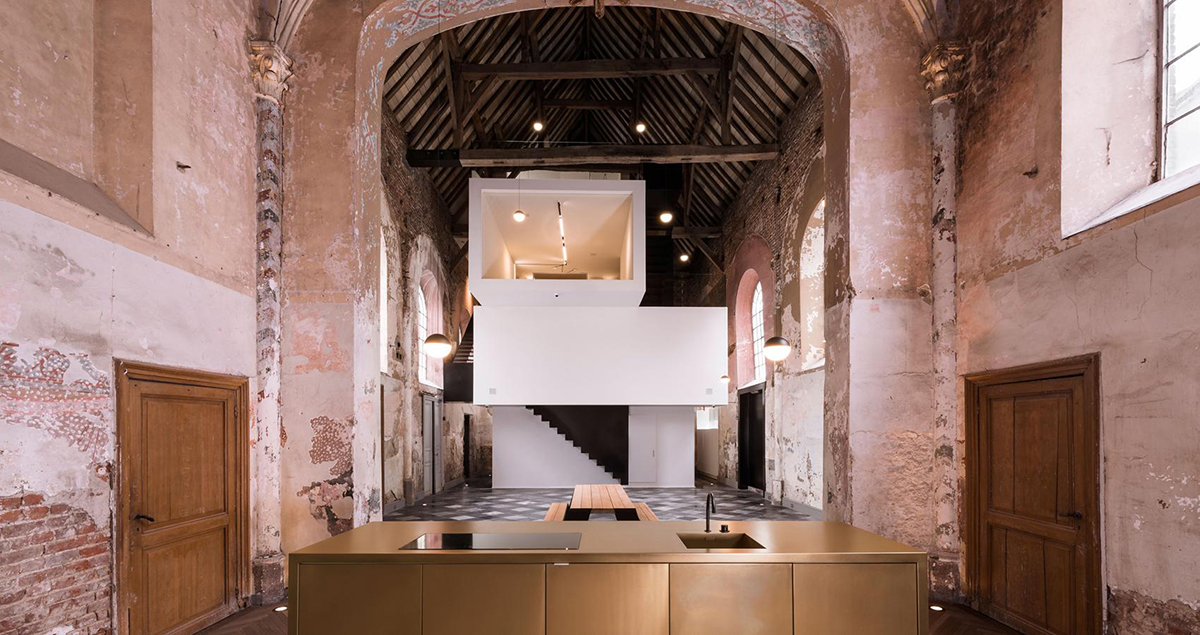 De Waterhond was constructed in the 16th century, possibly as a private house. It became a Catholic chapel in the 18th century, was then converted into an arts academy and later used as a peace court and a drama rehearsal space. However, it had been empty and unused for the past 50 years. 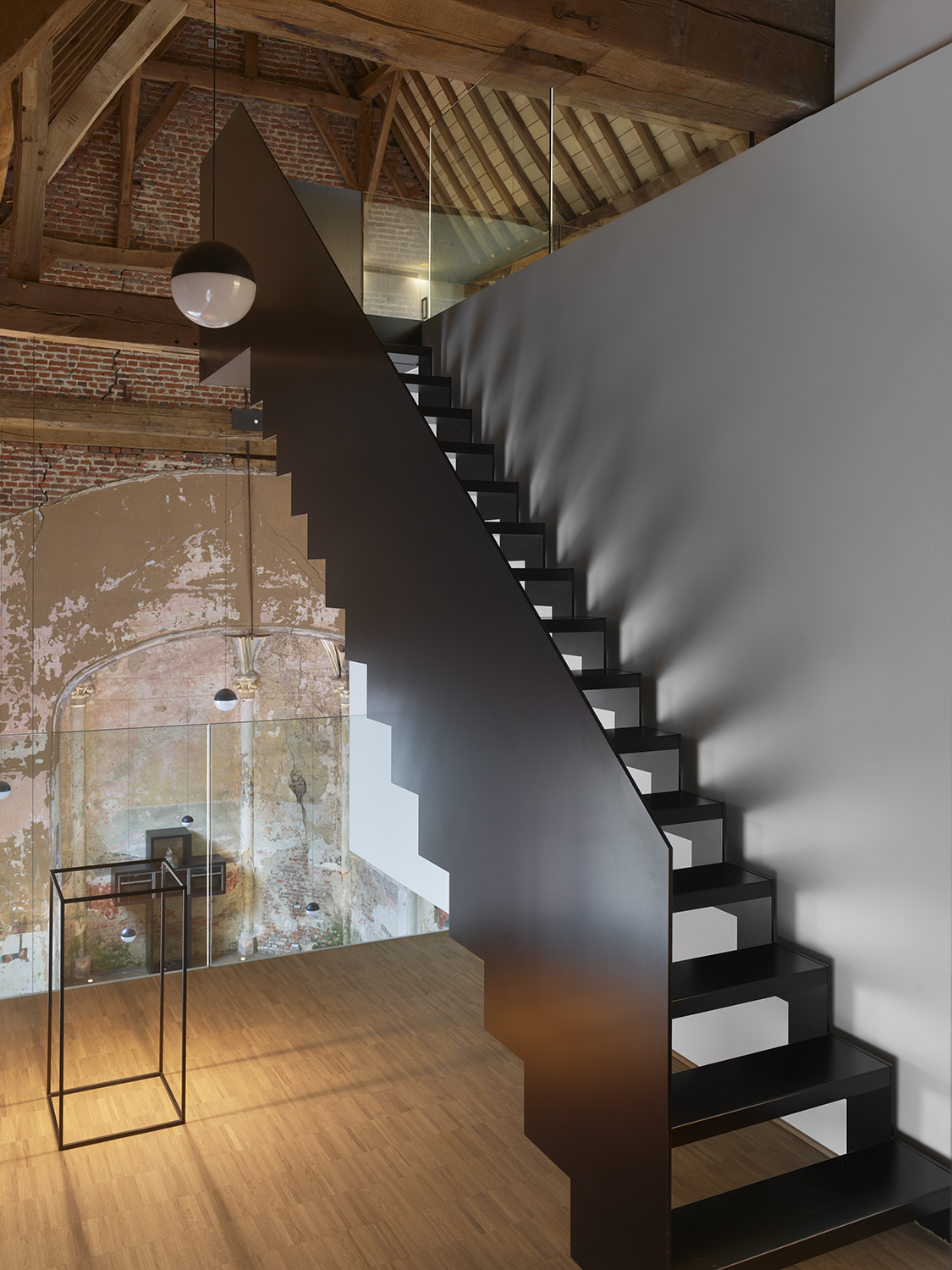 Gregory Nijs fell in love with the dilapidated building and saw its beauty and possibilities. He also feared that if it was not renovated soon, it would be demolished.

However, as anyone familiar with restoring what was more or less a ruin can attest, wanting to do it and actually doing it are two different things, usually separated by significant sums of money. 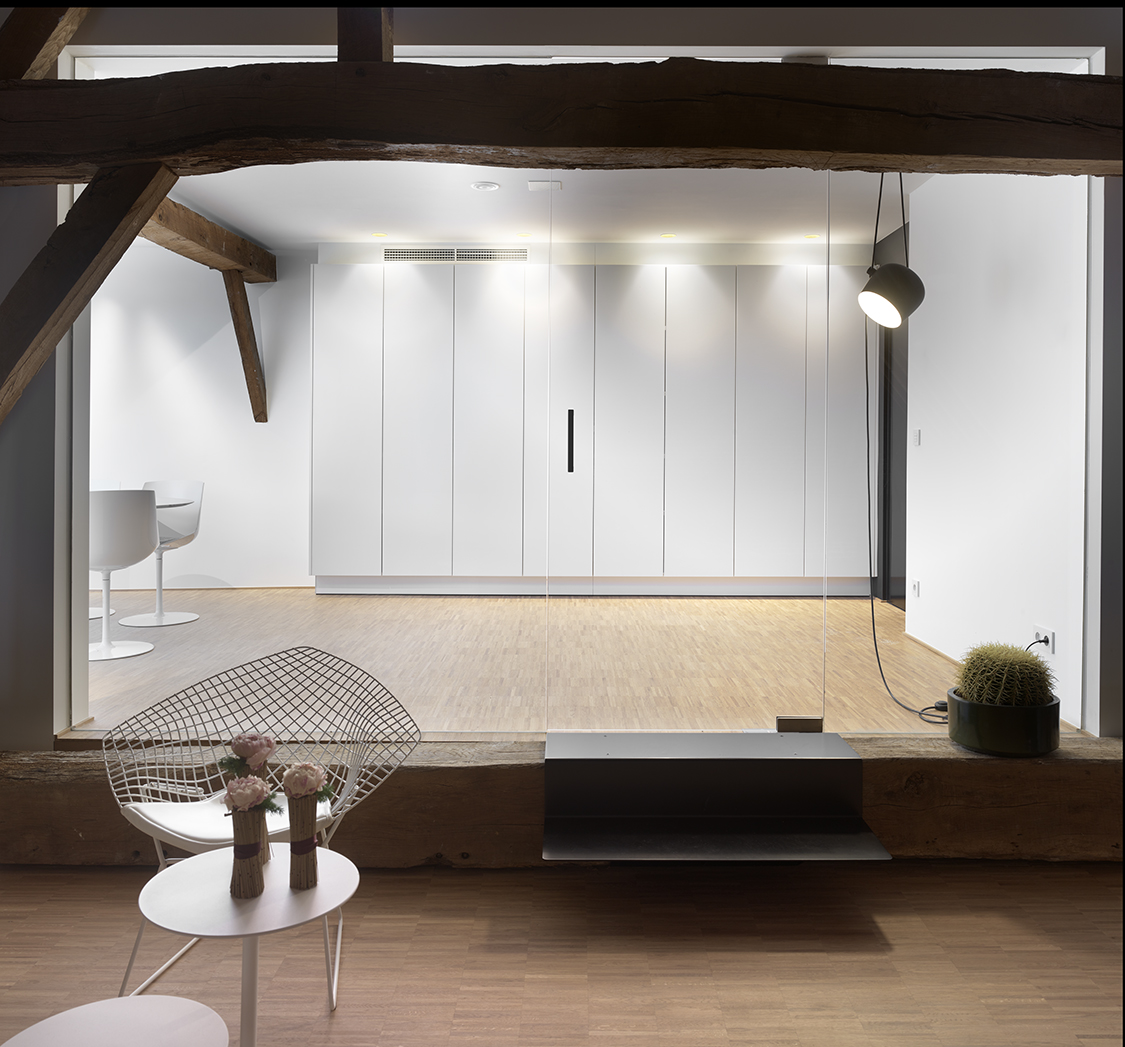 Nijs does not disclose the final cost of the restoration, but it is clear after the first two years of use that the sacrifice and effort have been worth it.

According to Nijs, the most challenging aspect of the restoration was taking into account the existing timbers in the design. In the construction phase, it was the height that proved the biggest challenge. 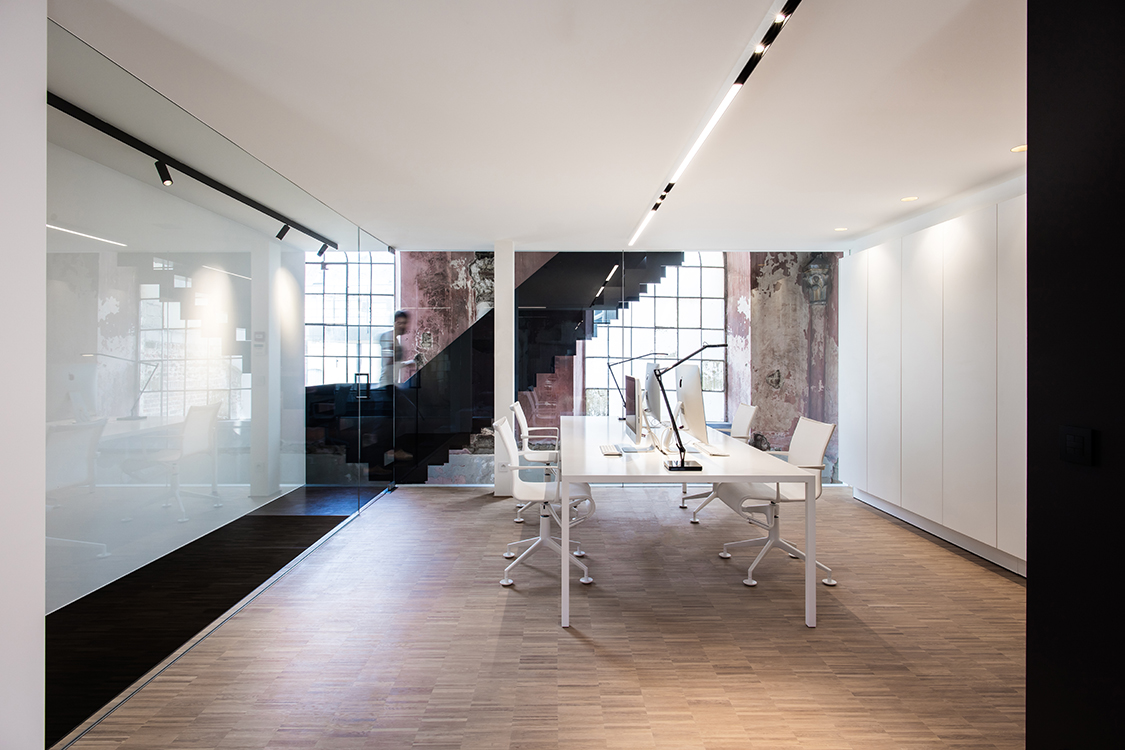 To adhere to the restrictions of a listed building and to leave the historical structure as intact as possible, Nijs solved the problem of marrying the past and present by building a separate three-story stack of office ‘boxes’ inside the high, open space.

The staff of six now works within the two offices and a meeting room that juts out of the top floor. The total new area is 120 square metres. The open first floor is the public space of 180 square metres.

Since the opening day, the public area has been in active use hosting art exhibitions, corporate dinners, jazz concerts and photo shoots. It is not clear why the building has been called De Waterhond or Kapel De Waterhond but the staff at Klaarchitectuur suspects it might be related to the Cicindra stream that ran freely before but has been arcaded or underground for a long time.

With its rich history visible, De Waterhond is now a living, multi-functional space of creativity, cleverly blending its past with the present while creating for the future. We love that. Tuija Seipell. 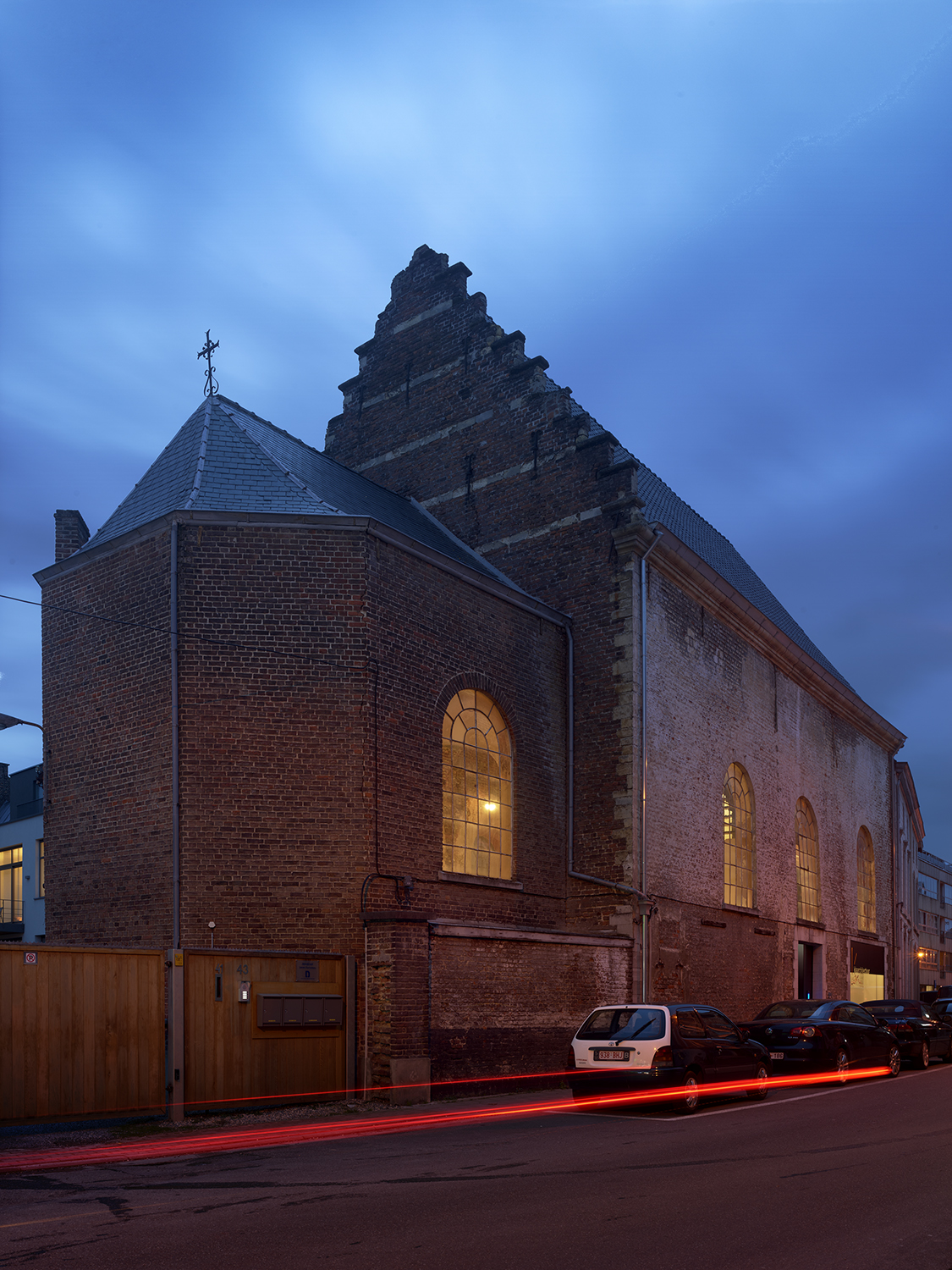