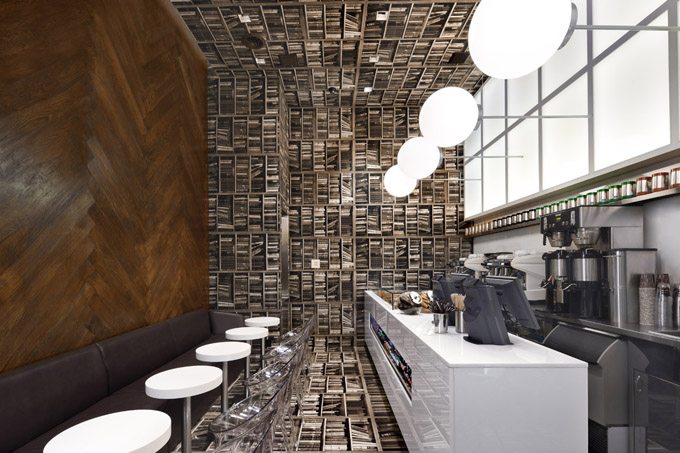 The new D’Espresso on Madison Avenue (at 42nd) in New York has received more media attention than is generally awarded to a tiny coffee shop in this world of millions of new coffee shops. 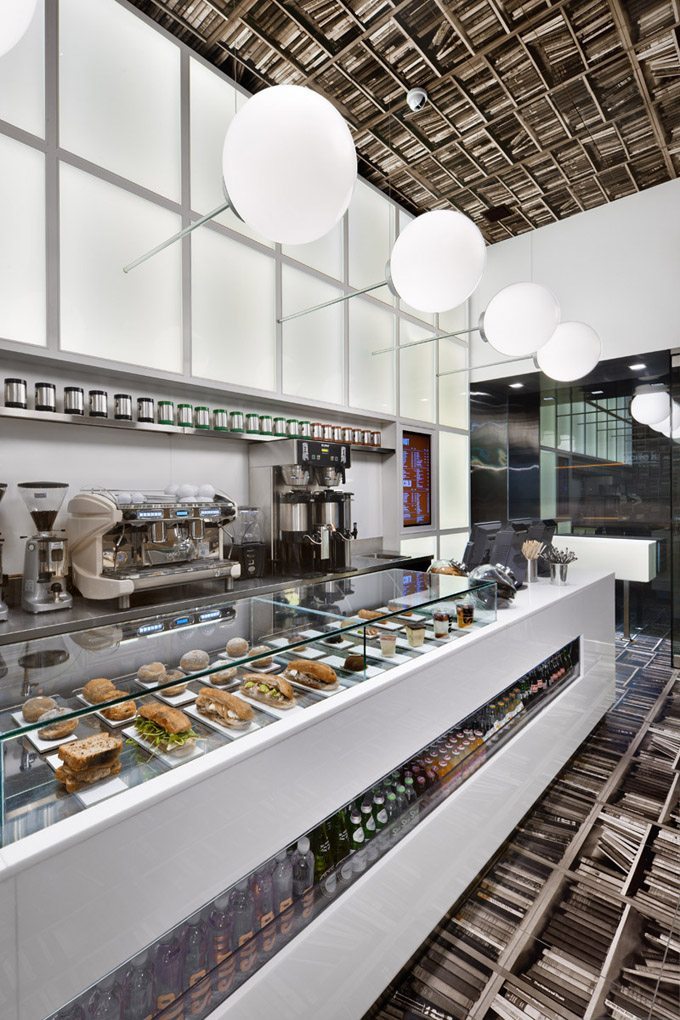 The reason for the attention is the fun design by the Manhattan-based nemaworkshop, a team of designers and architects that has created numerous cool retail and hospitality concepts. Founder Anurag Nema took the idea of a coffee shop that looks like a library – giving a nod to the nearby New York Public Library’s Bryant park branch – and turned it on its side. The walls are not lined with books but the floors and ceiling are. Except that it is all an illusion, a life-size image of books printed on custom tiles. Pendant lighting does not hang from the ceiling; it sticks out from the walls. 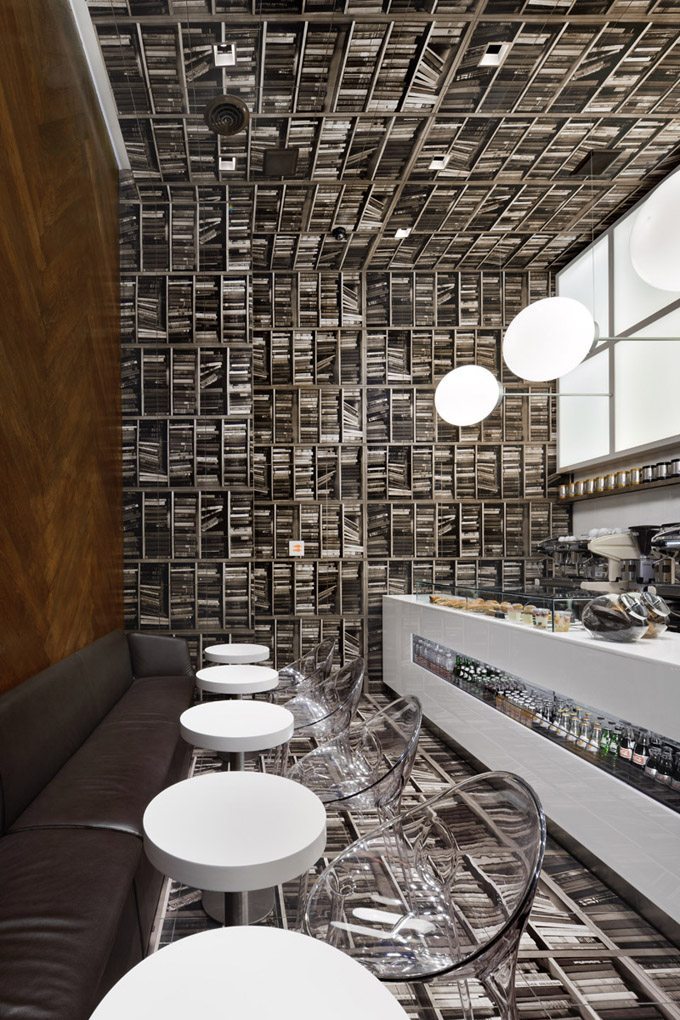 The tiny coffee bar of 420 square feet (39 square meters) is the second for owner Eugene Kagansky (the first one is on the Lower East Side) who plans to create an entire empire of coffee shops. Apparently, the next one will be completely upside down. – Tuija Seipell