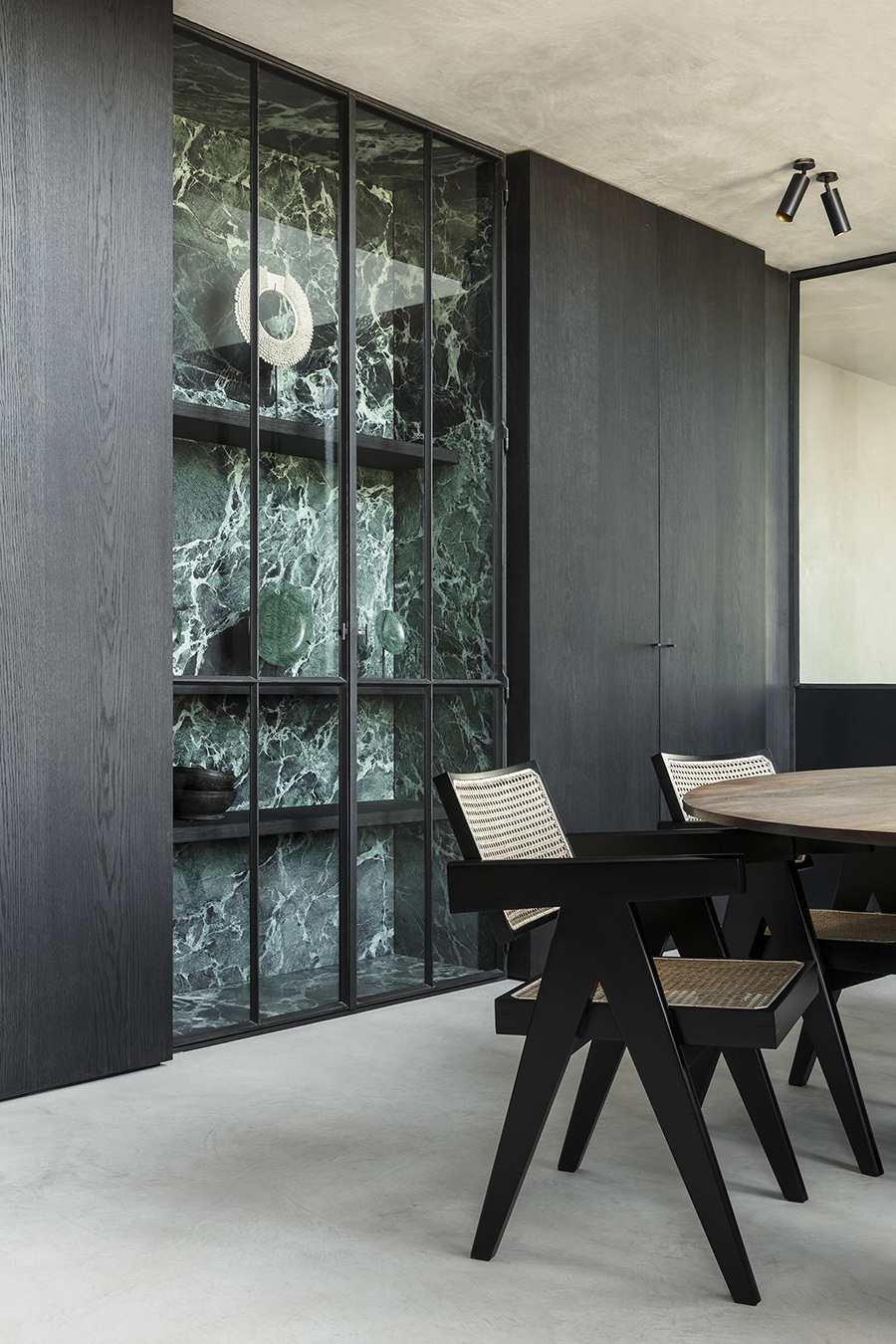 There’s nothing new about dark wood, marble and leather-topped desks in lawyers’ offices, but even the traditional approach does not need to be stuffy.

Dutch law firm Deknudt Nelis wanted its third office – the other two are in Brussels and Kortrijk – to exude honesty and authenticity. 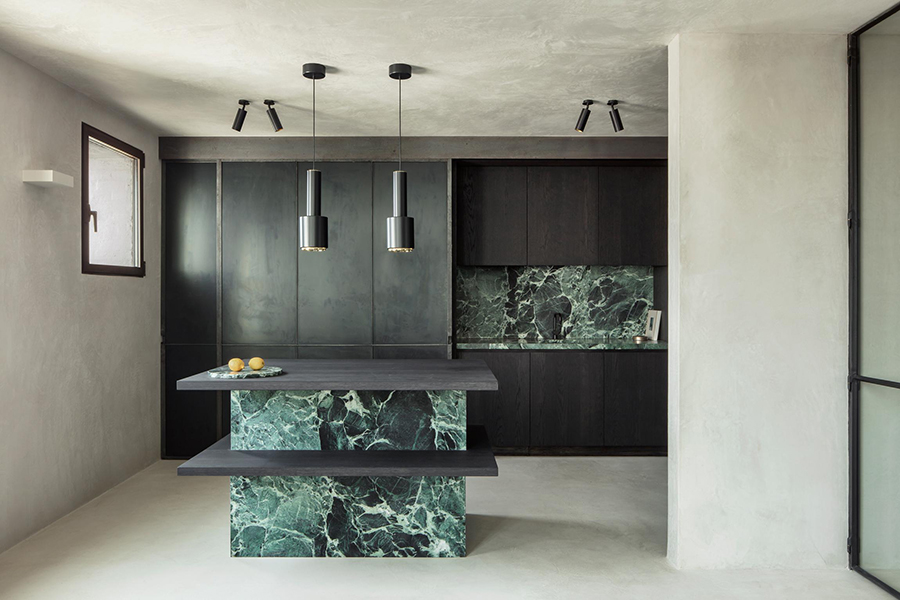 As their space was located in one of the Cubes in the Kanaal complex – mixed-use blocks on the historic malt distillery site in Wijnegem near Antwerp – they already had a good start in being slightly untraditional.

They liked the atmosphere of the nearby offices of designer Arjaan De Feyter and asked him to create their own offices as well. 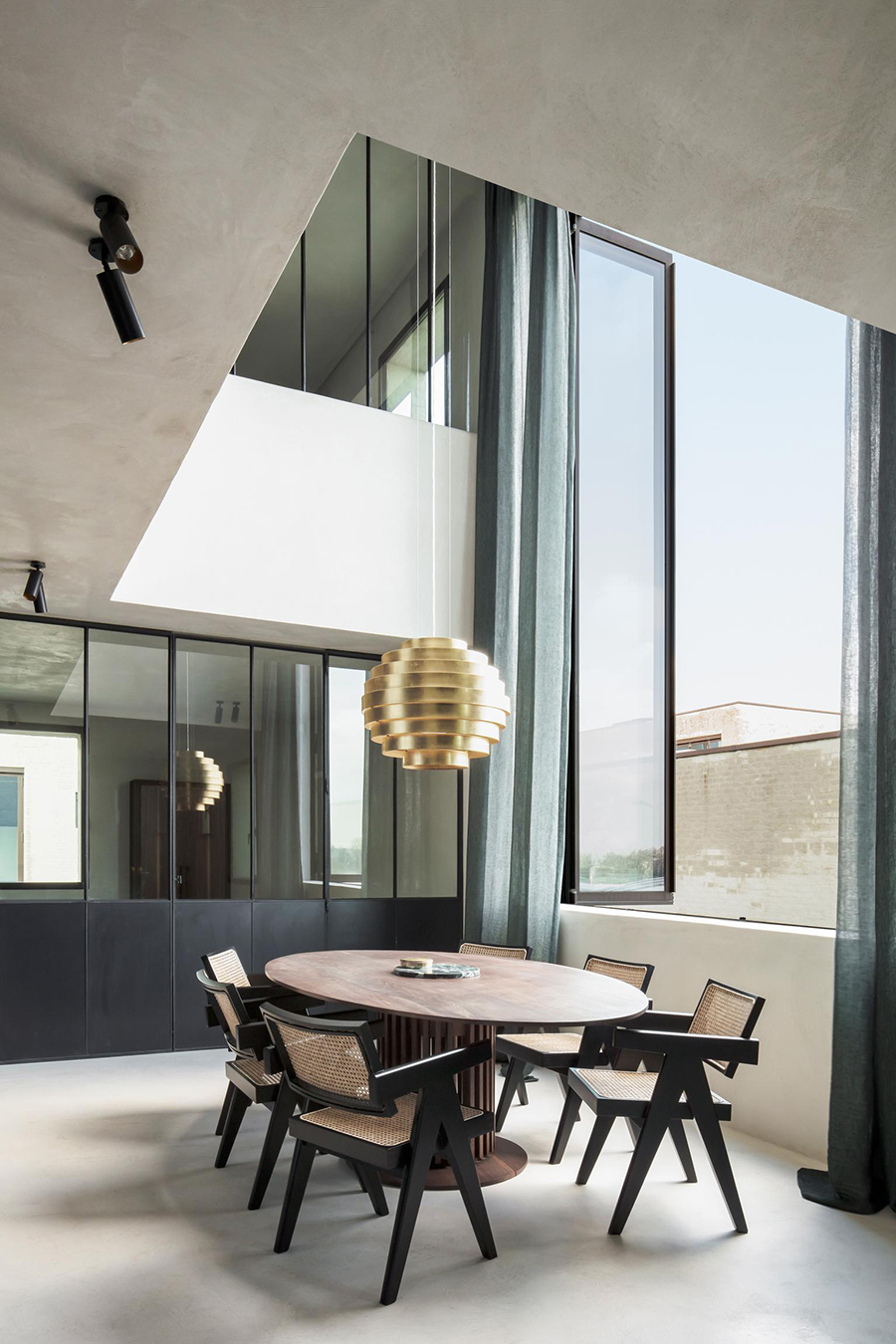 We love the overall cube-like language: slightly blocky and decidedly sparse of ornamentation with the background formed by the minimalist texture and subdued hue of the walls, ceilings and floors. 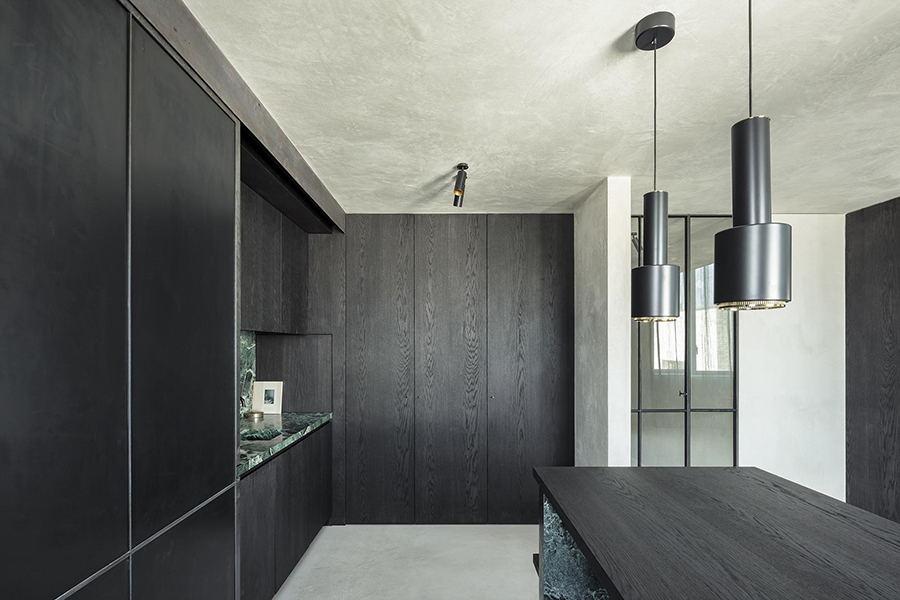 Contrasting that background are green marble and dark wood. We love the crispness of the green marble and its elegant use as a backsplash in the bar, and we especially like the lattice-legged dark custom desks .

The total area of the office is 140 square metres (1,500 sq.ft)  and includes the meeting room, two executive offices, office space, an open-plan kitchen, a technical room, storage and bathrooms. 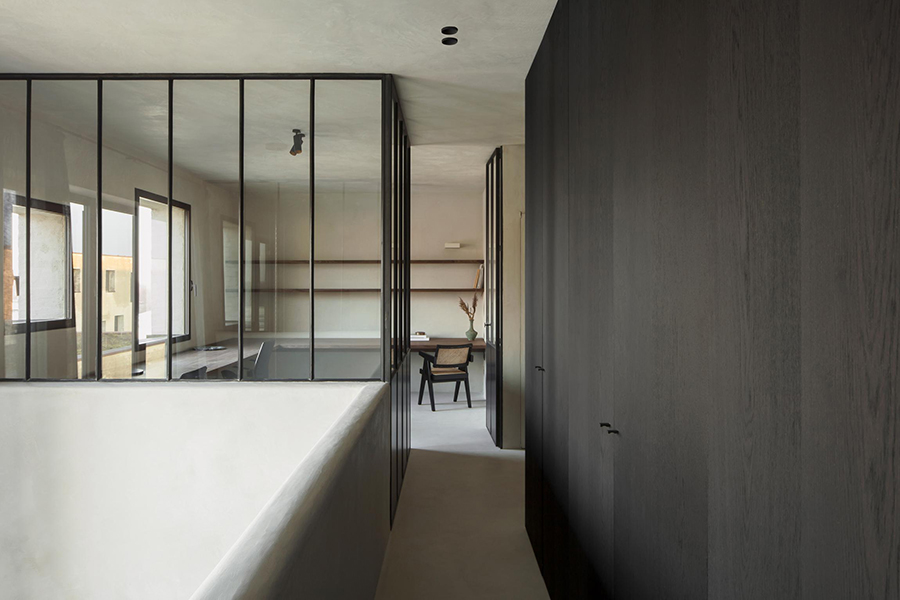 The Cubes are part of the Kanaal Site that has had industrial activity since 1857. It was known also as the location of the Albert Malthouse, later taken over by Heineken. In 1998, Axel Vervoordt bought the site started using some of the buildings for his art dealership.

In late 2017, Vervoordt Company completed the long process of transforming Kanaal from a dilapidated industrial site into a cultural and residential complex that includes exhibition spaces, a multi-use auditorium, and permanent installations by major artists. –  Tuija Seipell. 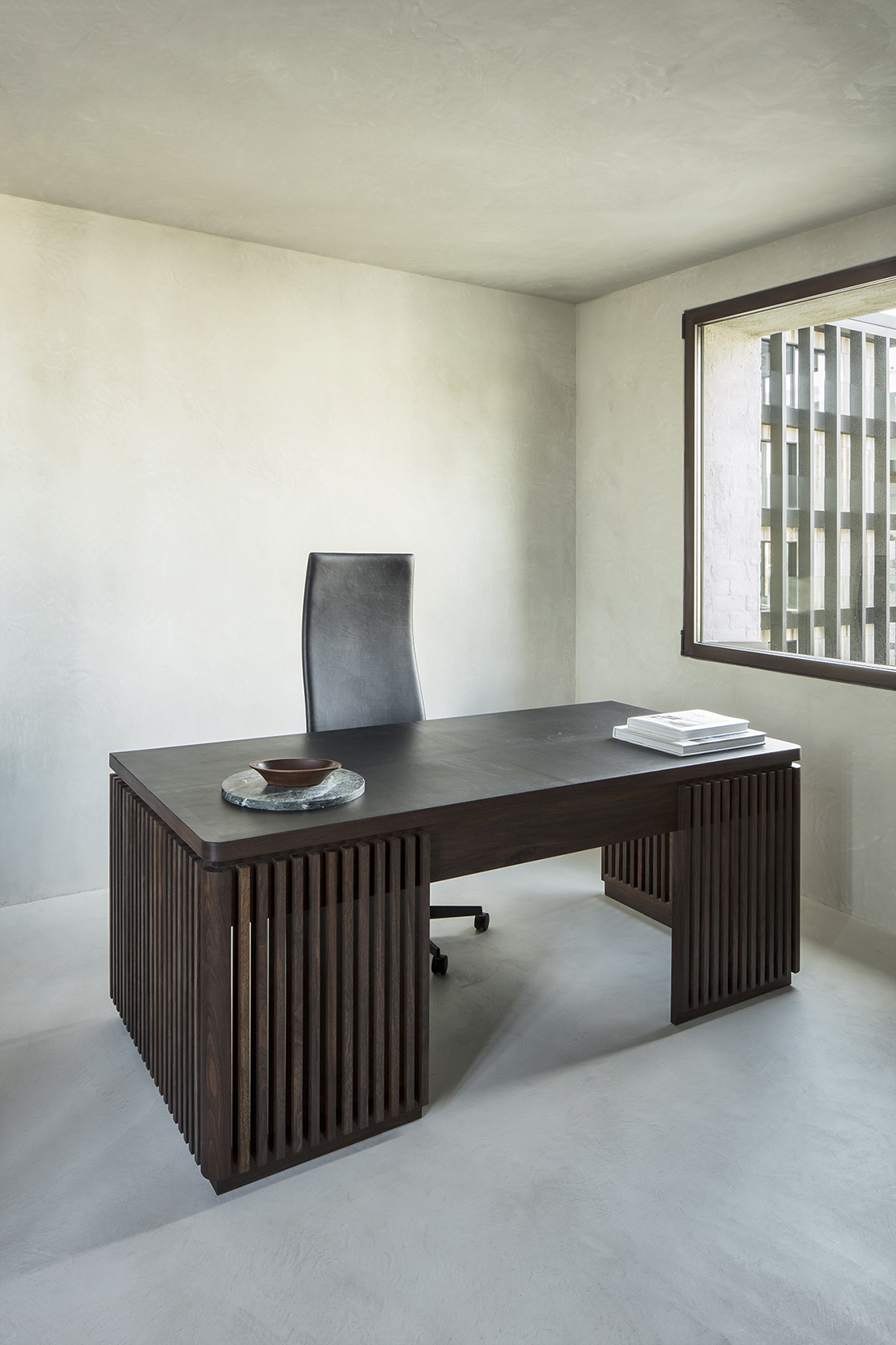