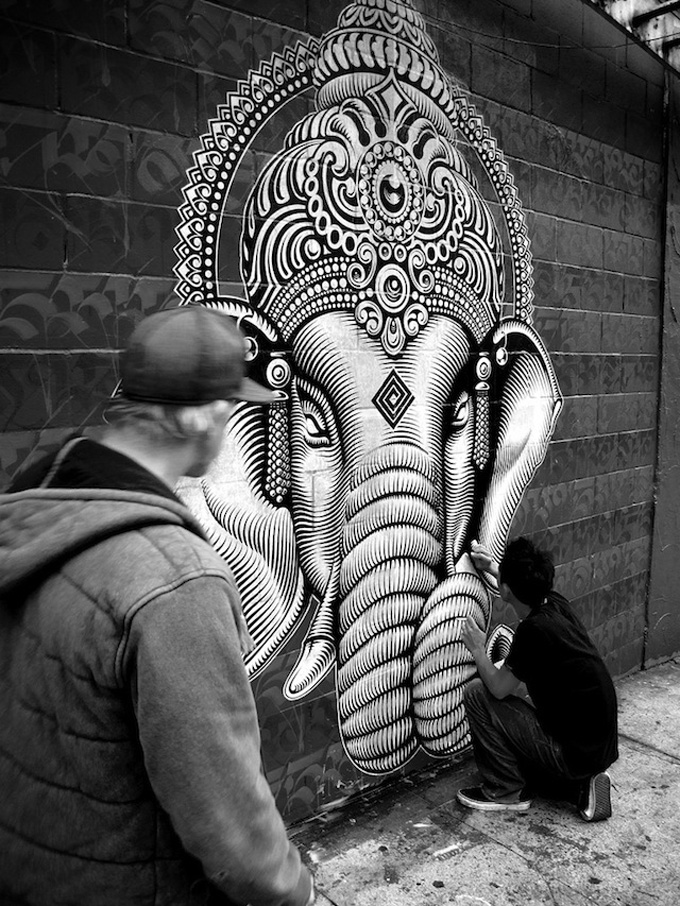 Eastern philosophy, gods of Buddhist origin, faces of Gandhi, ornately decorated hands, varying versions of the elephant-headed deity Ganesha of the Hindu pantheon – these themes populate the work of street artist Cryptik out of Hawaii.
While his street art may be based on gang graffiti and it sometimes decorates rough and dilapidated areas, the sophistication of his work and the incredible skill involved are evident in his books. Of the books, at least Cryptik: Eastern Philosophies is worth a serious look. The latest we have yet to see but it is called Thanks to Chloe. – Tuija Seipell