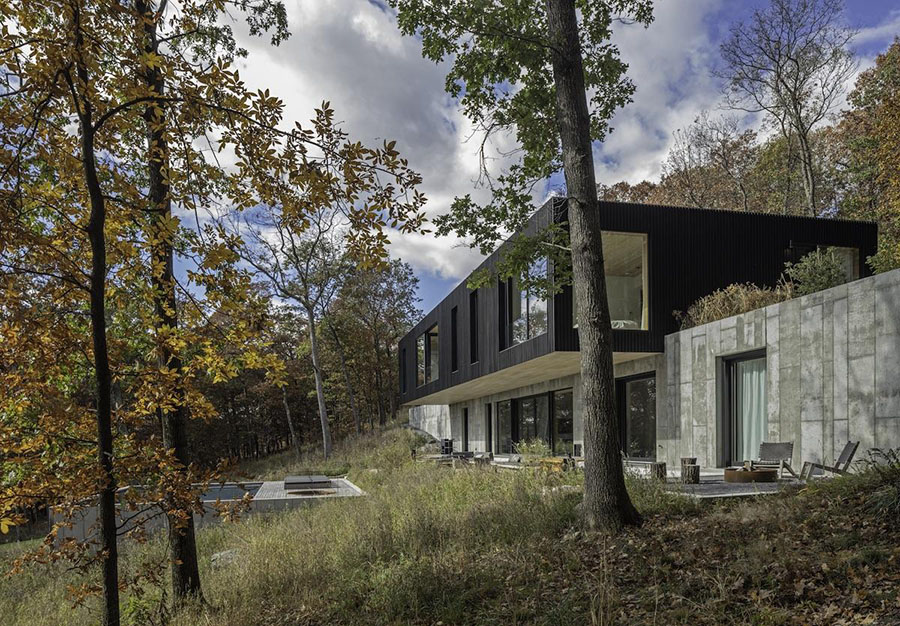 New-York-based architect and developer Jared Della Valle, his artist wife Carolina and their two daughters fulfilled the couple’s more than two decade-long-dream of a ‘farmhouse’ by opting for something completely different. Through decisions based on serendipity and determination, they have created a brand-new, minimalist retreat that meets their needs and fulfills their dream yet isn’t a farmhouse at all. 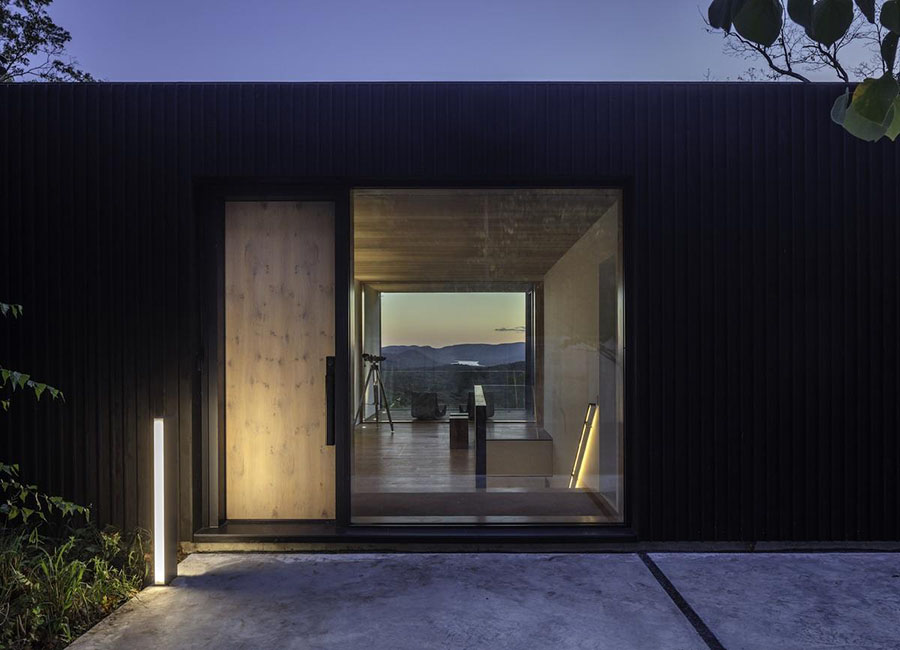 Jared Della Valle is the CEO and founder of Alloy Development a 13-year-old company known for designing and building several notable buildings in the DUMBO neighbourhood of Brooklyn, New York. The company office is also located in DUMBO (20 Jay Street) as are the homes of both Della Valle and company president A.J. Pires. 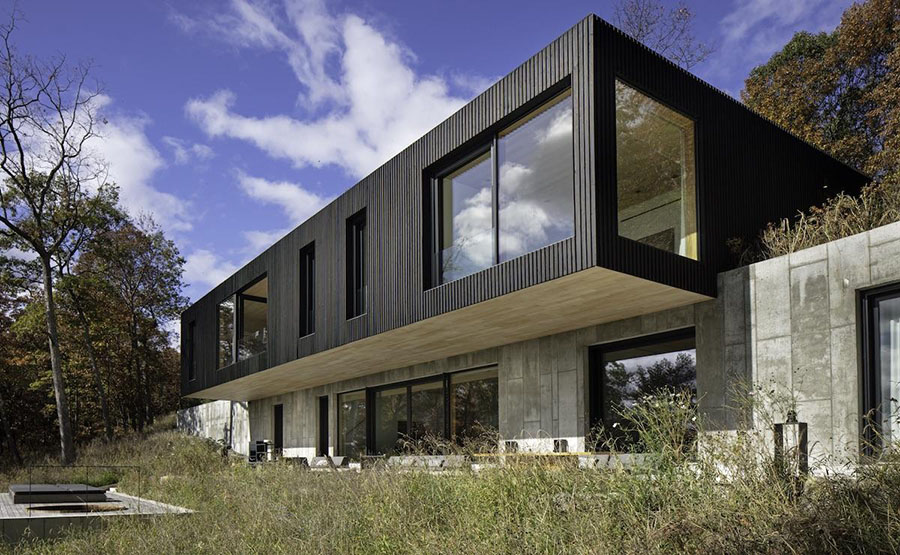 As a family, Della Valles are no strangers to unexpected solutions when it comes to their own residences. Their 2,300 square-foot (214 square metre) home in DUMBO is in a 1890s Brillo warehouse that Della Valle bought in 2012. His company developed the brick structure into eight luxury condos and two penthouses, leaving a large leftover space at the bottom with no windows. By 2014, the Della Valle family moved into the odd leftover space that now includes not just their home and a home-office for Della Valle, it also has a large inner courtyard cut into the centre of the building plus an adjacent studio for printmaker Carolina and a two-car garage. 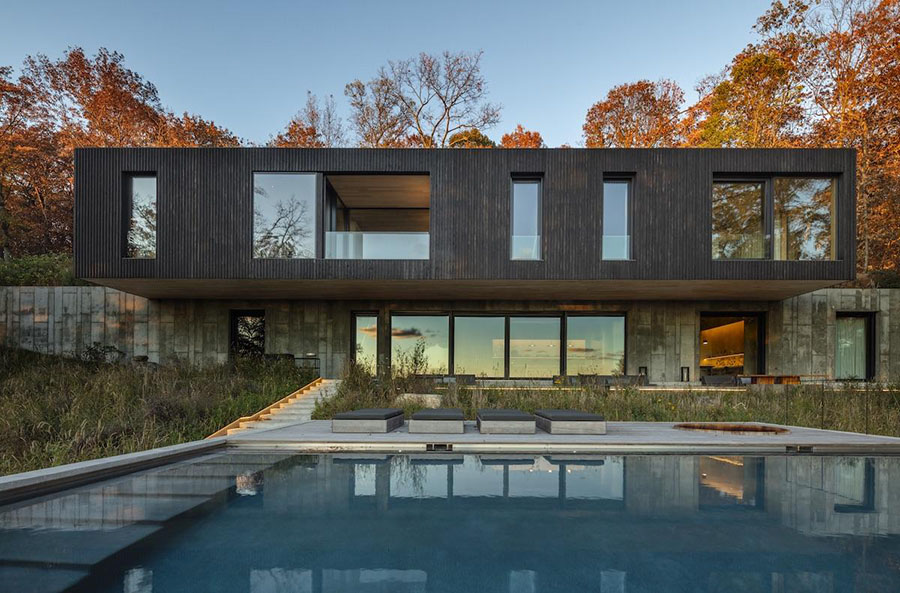 But all through the years, they dreamed of a farmhouse in the country. They kept an eye on potential properties that they could convert and restore for their own use as a family retreat. And then Jared spotted a property, a sloping piece of land with no buildings, located in the Hudson River Valley. 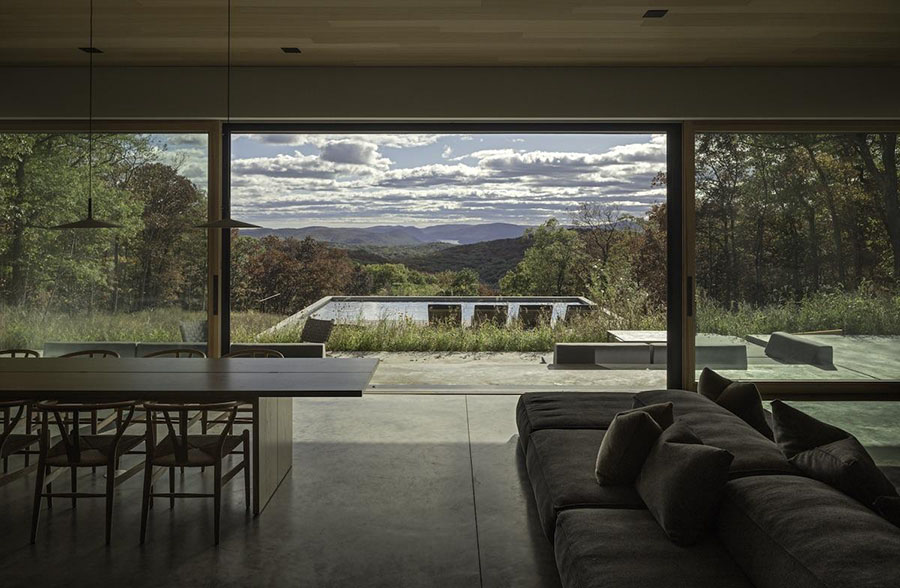 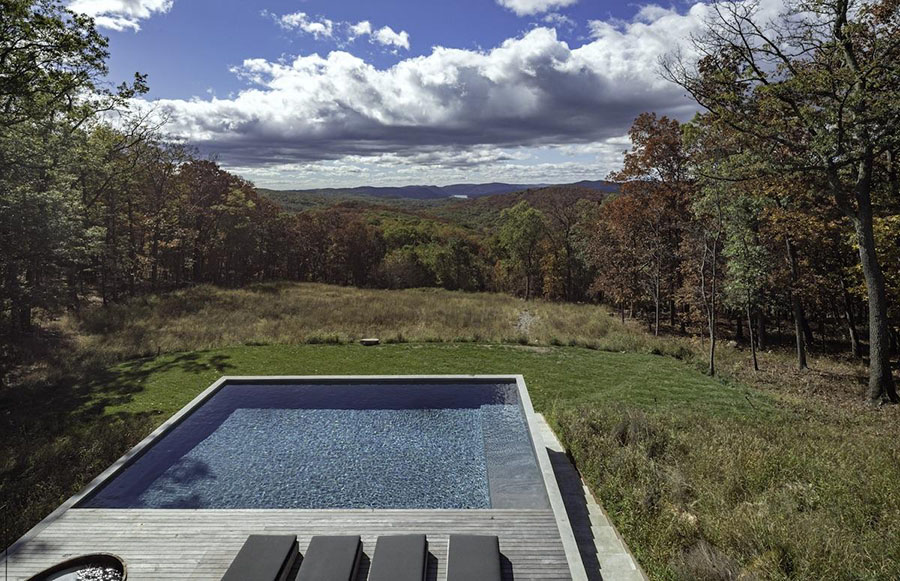 They fell in love the land and the views and bought it without hesitation. Only 15 months later, their dream ‘farm” was ready. It appears to be just a minimalist, black box from the entry direction, giving no indication of the size of the full structure that includes the black wooden upper part and a concrete lower half. The goal was to make the house as invisible as possible, as indicated in the zoning conditions for the site. 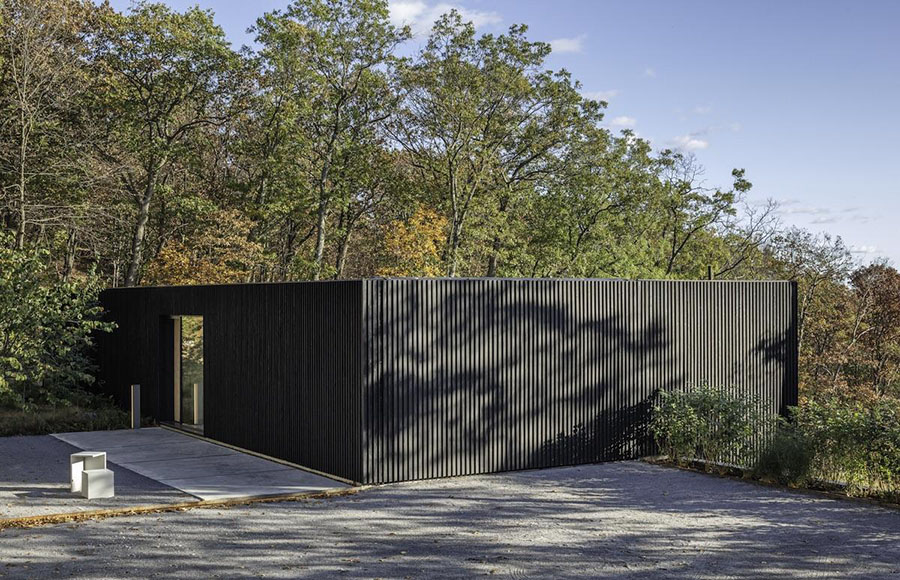 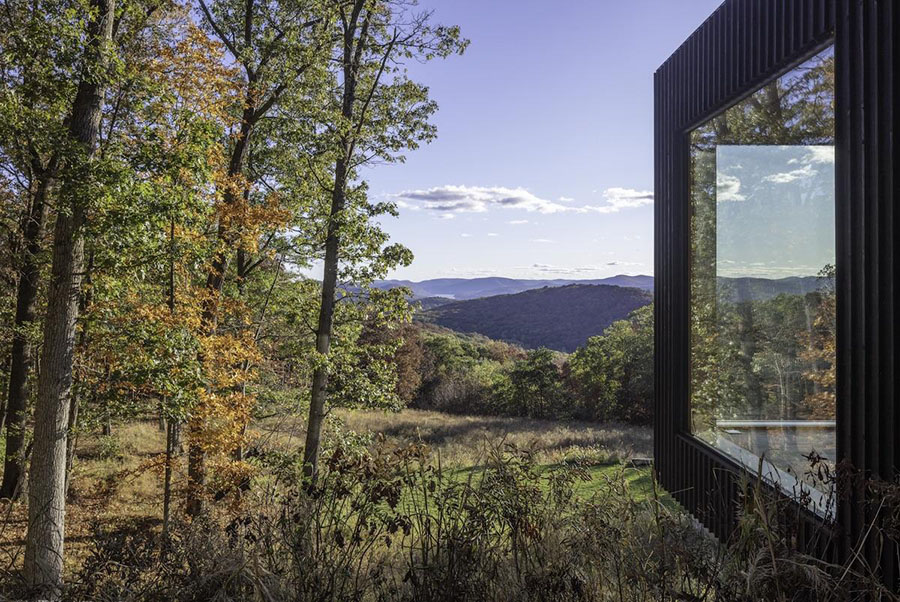 The family was not looking for opulence or showy features. Instead they wanted a retreat that meets their needs without compromising the surrounding nature. As sustainability is important to the entire family, the house has, for example, solar panels for energy and a well-insulated building envelope. In addition to sustainability, time was also of the essence, so Jared Della Valle and family simplified the process by deciding what they wanted and then sticking to that plan. A situation most architects and developers can only dream about. 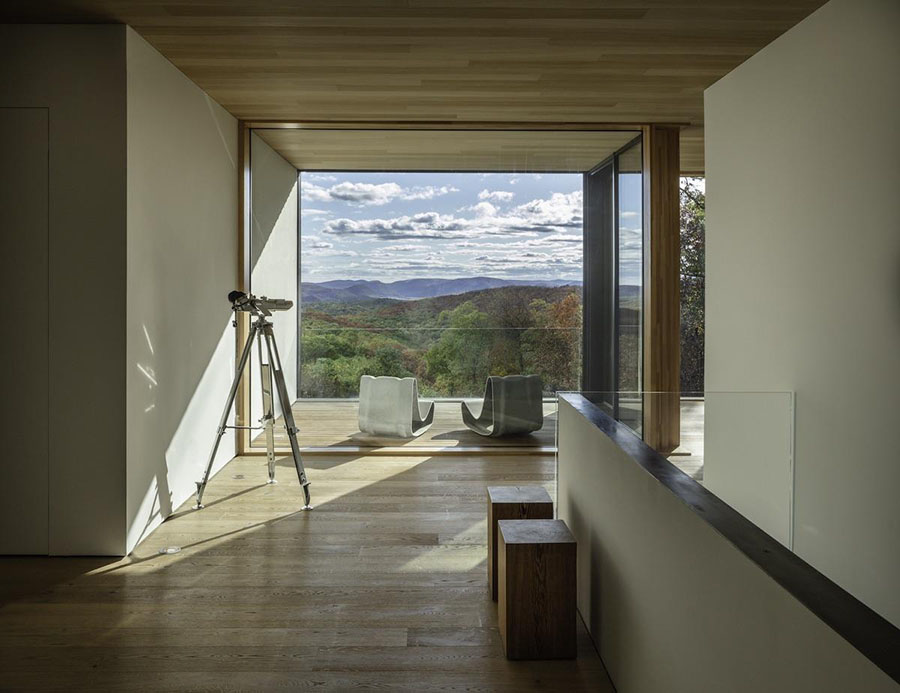 The result is a gorgeous combination of efficiency minimal and local materials, with maximum focus on the views. This seems to be a perfect counterpoint to the family’s windowless DUMBO home, and an excellent example of how to respect a site for all of its features. Tuija Seipell 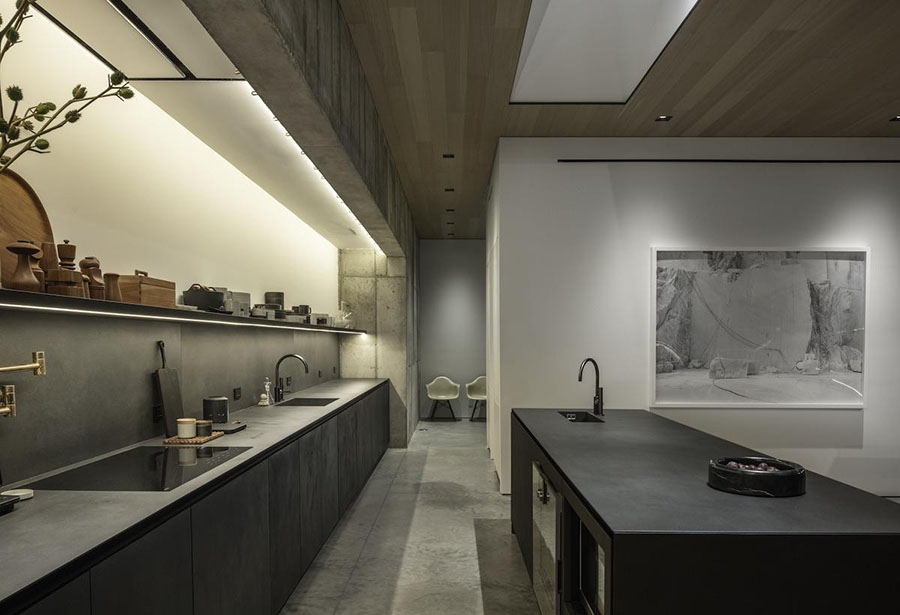 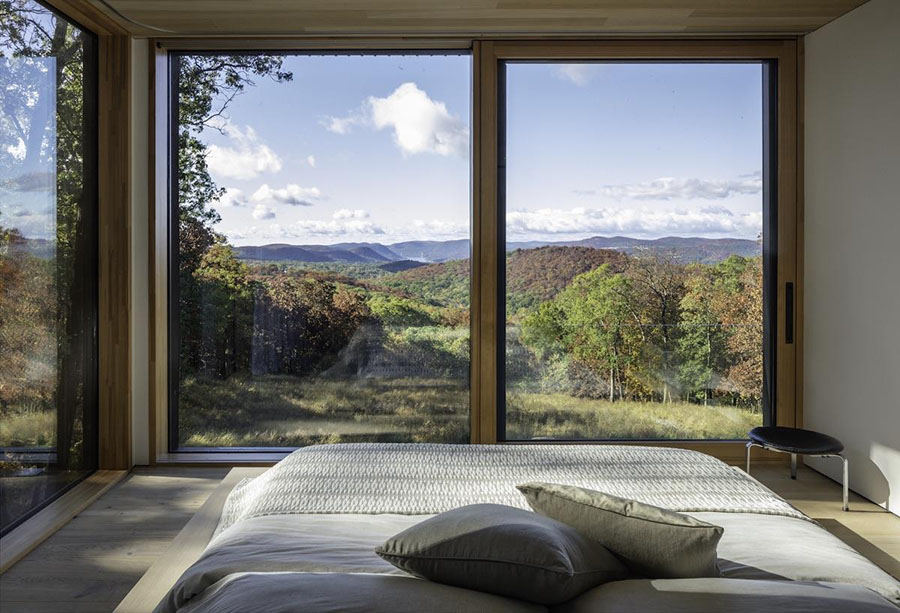