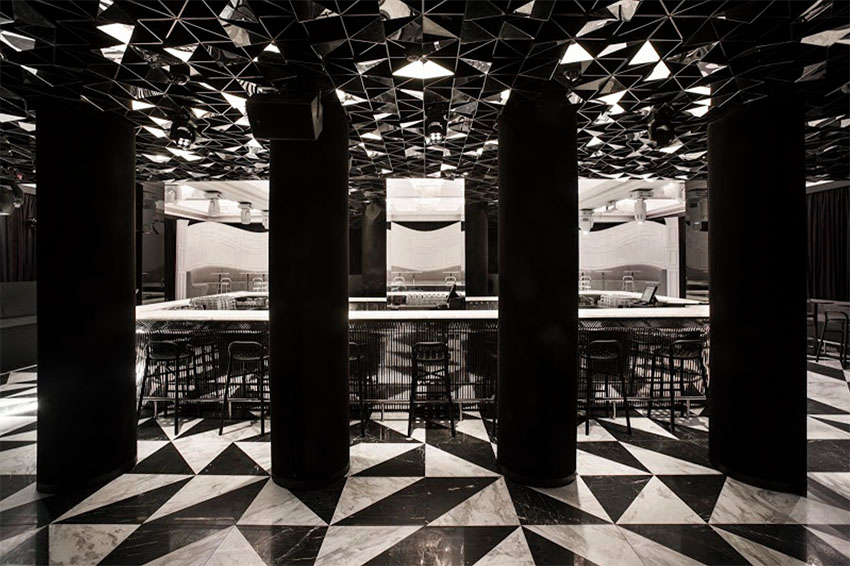 The designers of the Mascara nightclub in Sofia, Bulgaria, took their cues from the whimsical story of Alice in Wonderland and from the storied building of the National Opera and Ballet of Bulgaria. 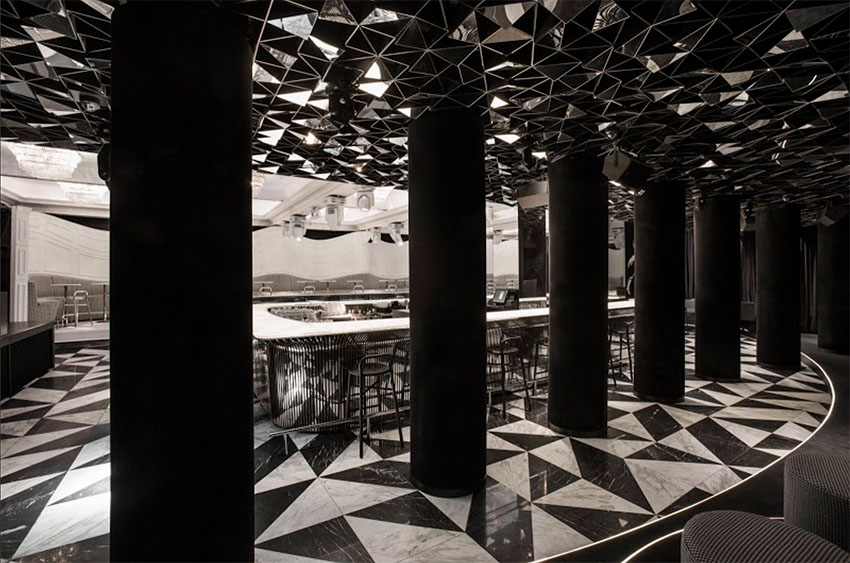 Founded in 2003 by interior designer Svetoslav Todorov, Sofia-based Studio Mode has designed several night clubs, but Club Mascara is special as it is located on the underground level of the National Opera and Ballet, a building dating back to 1953. 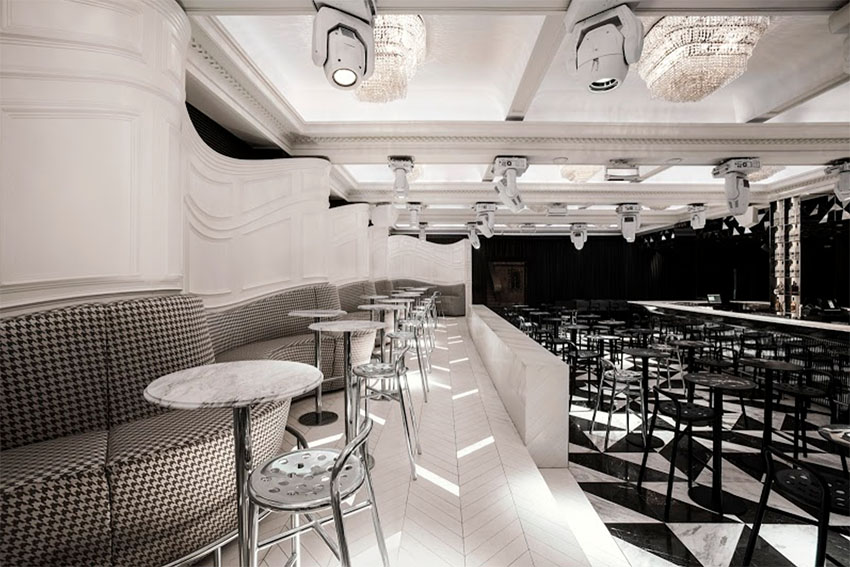 All the drama, props and illusions of theatre and opera combined with the confusing yet amusing madness of Alice in Wonderland gave the designers a rich palette of ideas.
They chose a black-and-white colour scheme to serve as the backdrop for the juxtaposition of round and angular forms, transparent and solid walls, illusionary props and real. 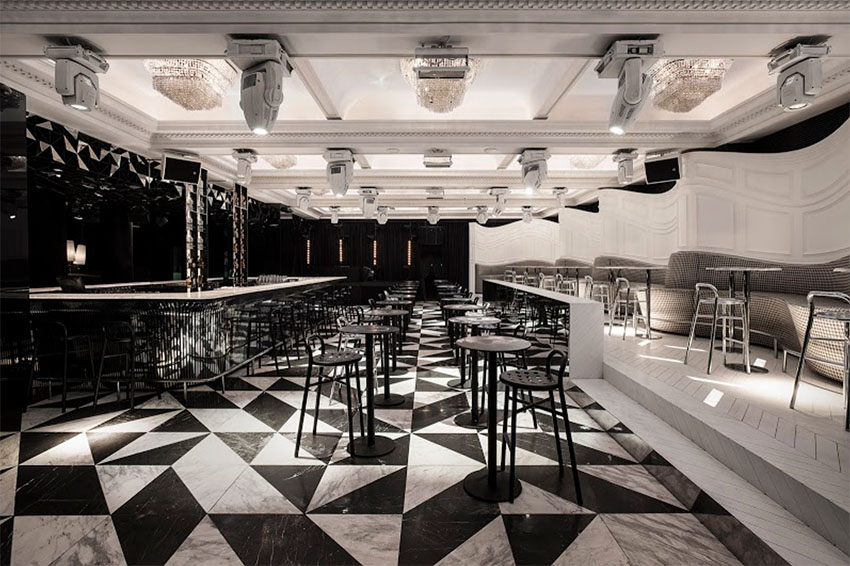 Everything appears to be slightly confusing – vertical and horizontal, up and down, soft and hard, solid and pliable. The bar divides the scene into two parts – the main theater where everything is happening, and the VIP area that is hidden and secretive. 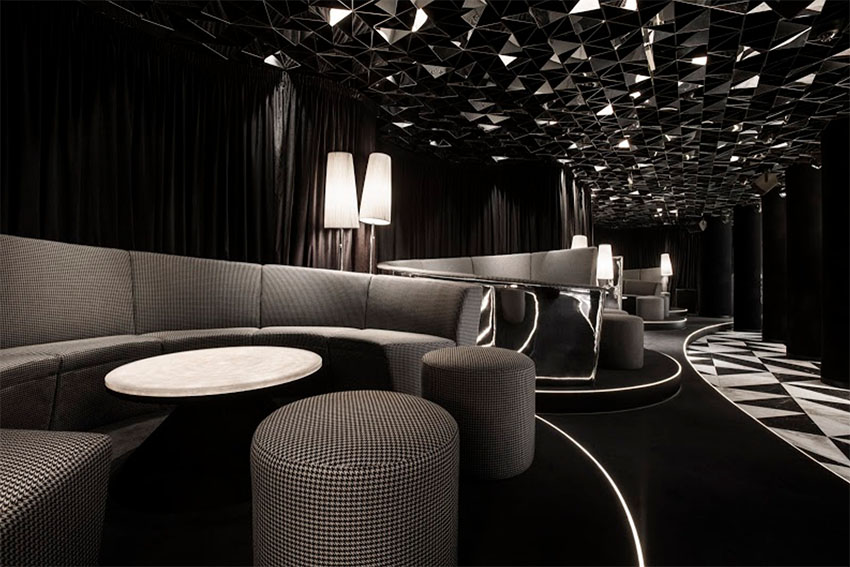 The lighting provides the moving colour at night when the club is full and adds to the baffling feel of things getting curiouser and curiouser by the hour. – Tuija Seipell. 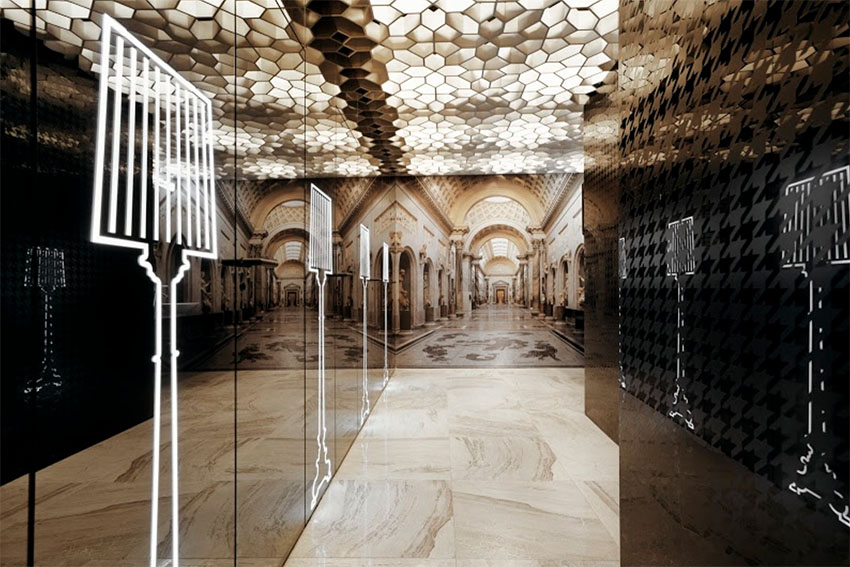