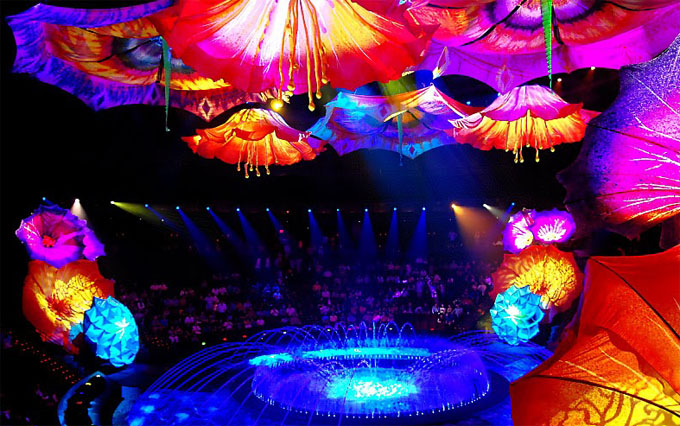 Those who have seen Cirque’s resident Vegas show O at Bellagio and Franco Dragone’s Le Reve at Wynn know that this combination would work. These two shows are creative mind-blowers, original and fantastic, memorable experiences unlike any other theatre, circus, concert or play event you’ve ever seen.

On the other hand, Cirque’s other resident Vegas shows – The Beatles Love at MGM Mirage and Viva ELVIS at Aria and even the rumoured-to-be-in-the-works Michael Jackson show – do not have the innovation or inspiration Cirque is capable of. We don’t need another song-and-dance show.

Now that Laliberté has had his own Pandora experience, having just landed back on Earth from his $35 million working holiday to the International Space Station, we think he’d be perfectly poised to take this on. Wouldn’t you just love to step into a live 3D alien world of Pandora? We would. – Bill Tikos