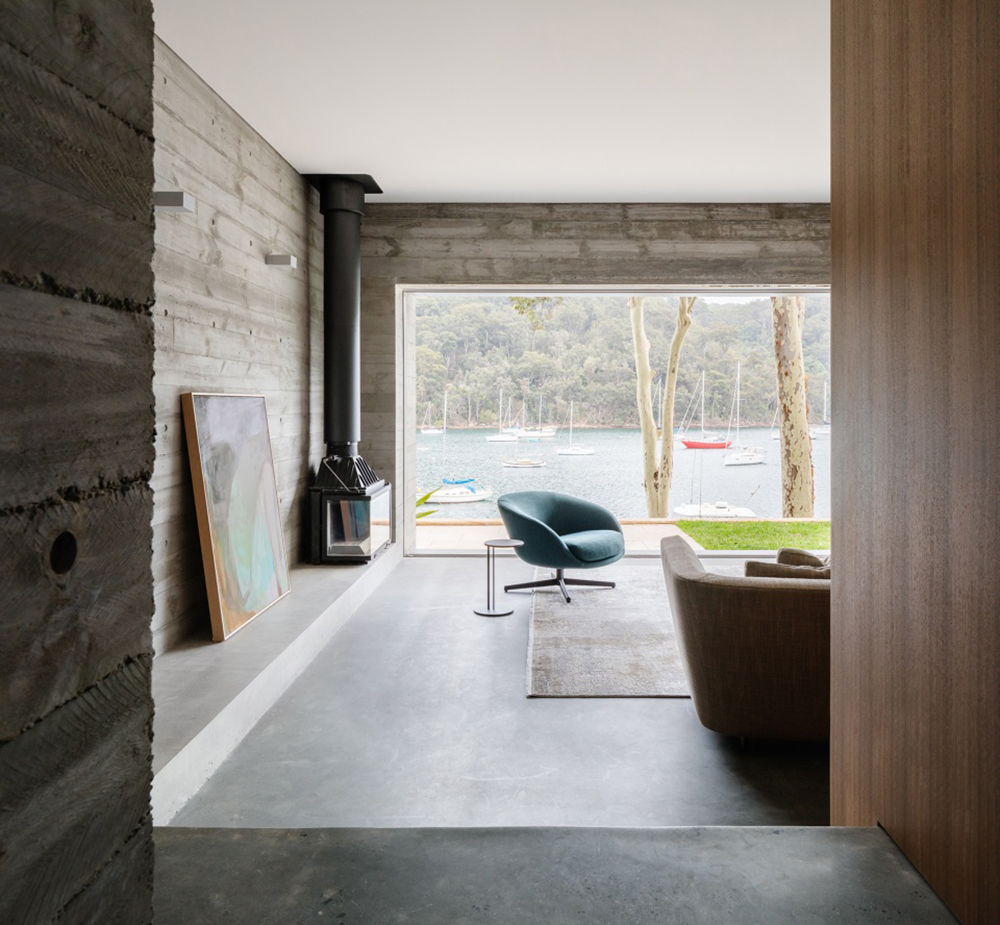 Several features delight us in this compact Church Point residence in Sydney, Australia. Its location is one of them. The house looks toward Sydney’s Pittwater that is bordered on one side by Australia’s second-oldest National Park, Ku-ring-gai Chase National Park, and on the other by the beautiful peninsula. Church Point is a suburb in the Northern Beaches area of Sydney, about 35 kilometres from the city’s central business district. 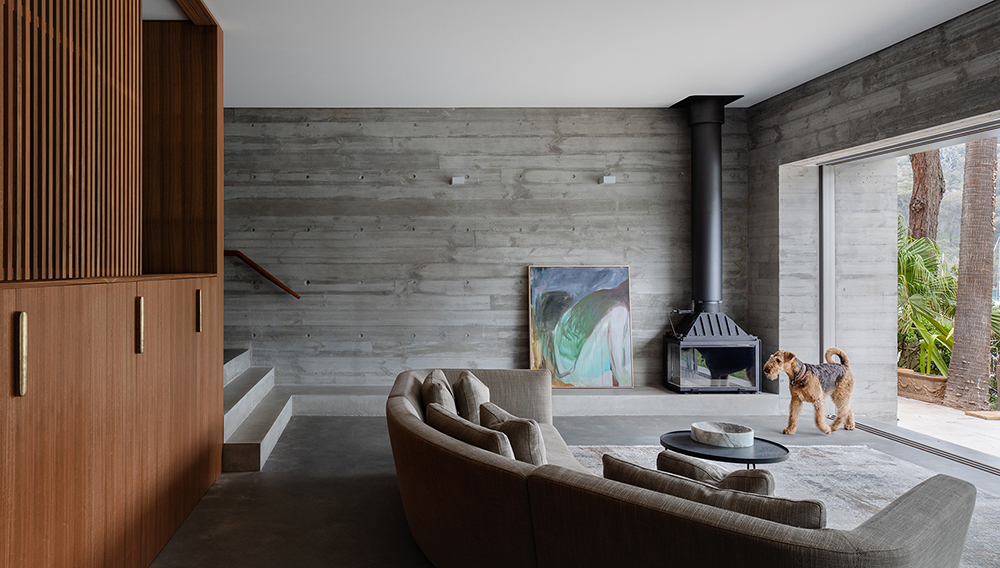 The house was designed by Sydney-based CHROFI that also completed the interior design in collaboration with Triibe, also Sydney-based. The builder was Graybuilt. 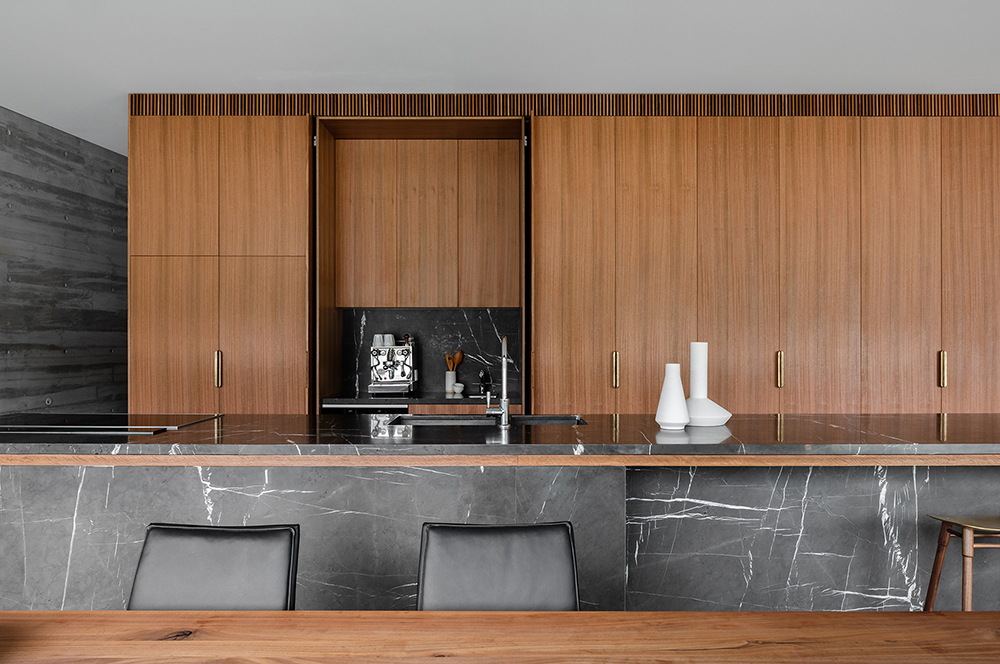 Together, they have achieved that elusive balance that we look for: minimalist material and colour palettes that produce an unpretentious and liveable whole. We love the subtle and harmonious visual language of horizontal and vertical lines created by the raw concrete walls and concrete staircases, and the wooden slats and cabinets. 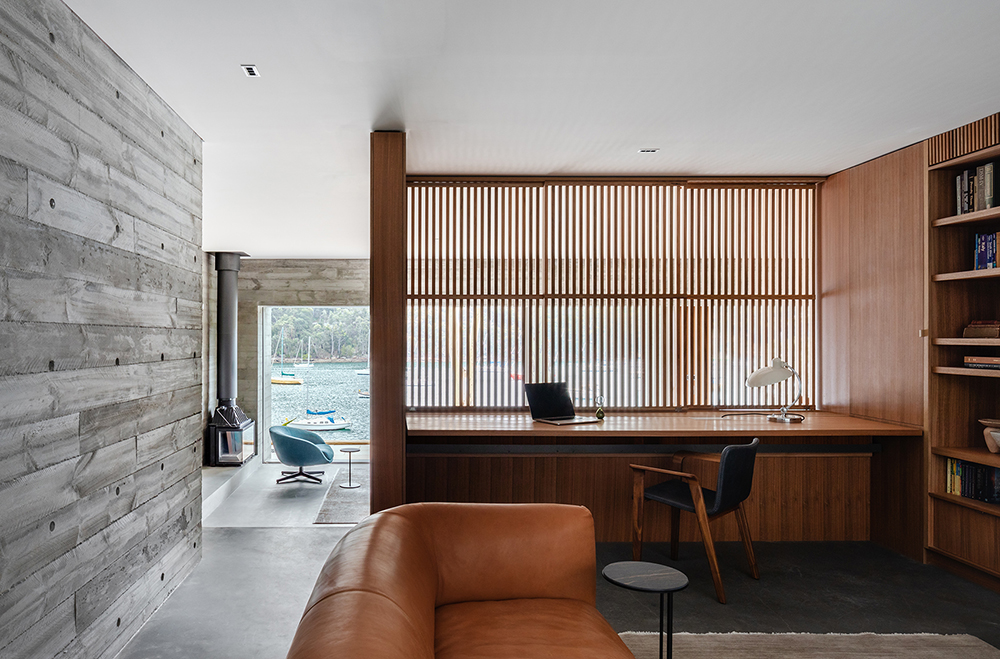 However, our favourite feature is created through the division of the house into two separate units on different levels. This forces – or allows – some of the large bedroom and bathroom windows to face concrete walls, producing an absolutely stunning effect. 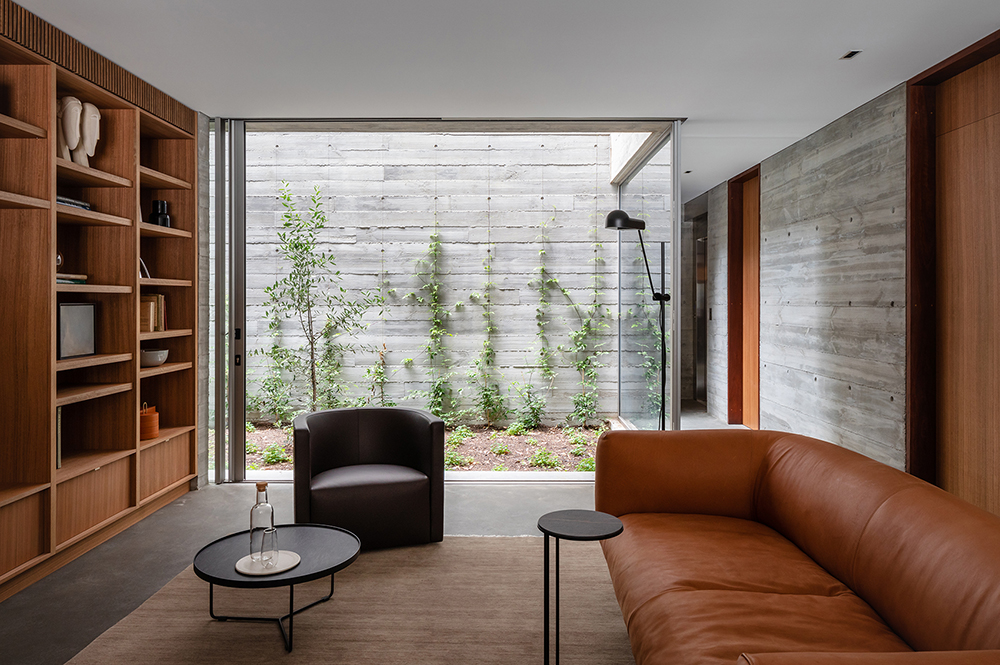 There’s no sense of being cooped up or hindered by these ‘undesirable’ views. On the contrary, they bring a wonderful, serene feel to the interior especially because other windows overlook the water and the trees so that no-one can say there are no views. 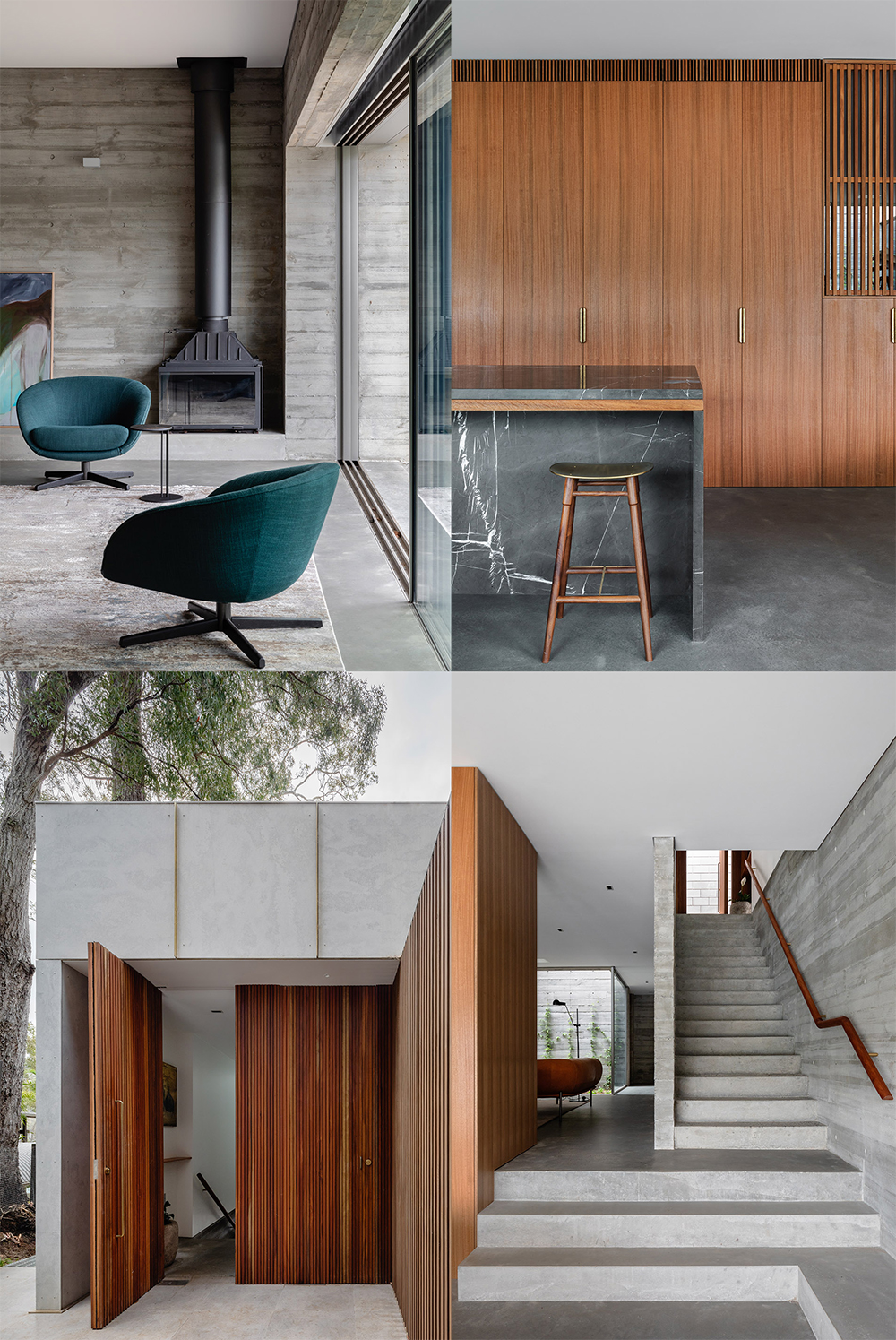 The home is compact, but it has everything that is necessary. The transparency among and through the different rooms creates a connection between the interior and the exterior, and provides natural light throughout. This is one of those homes that we describe as a place where one can breathe. Tuija Seipell 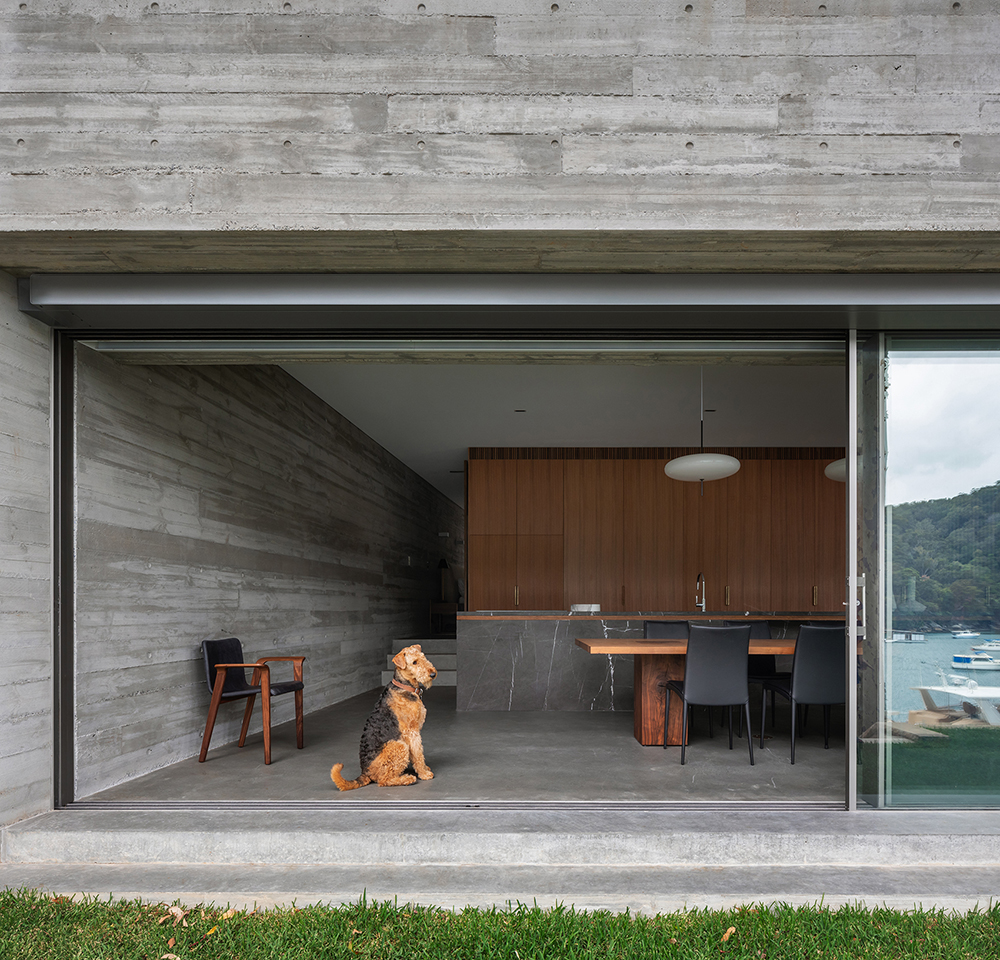 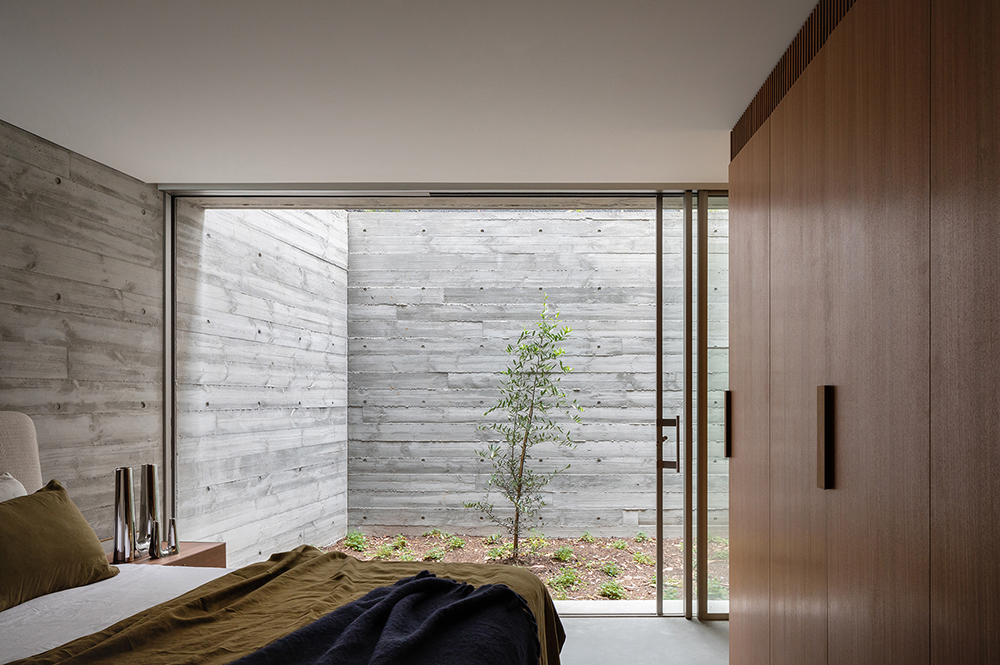 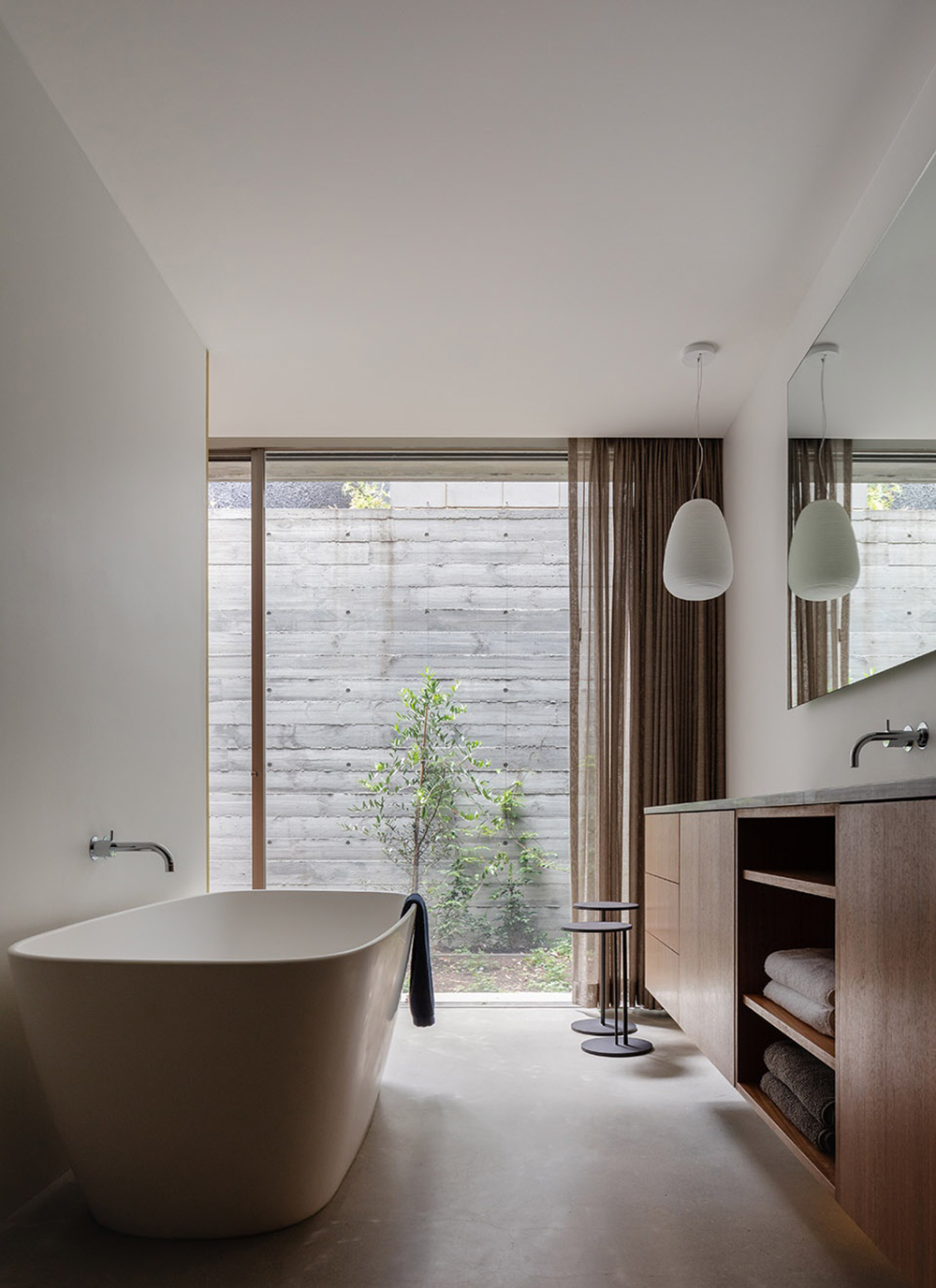