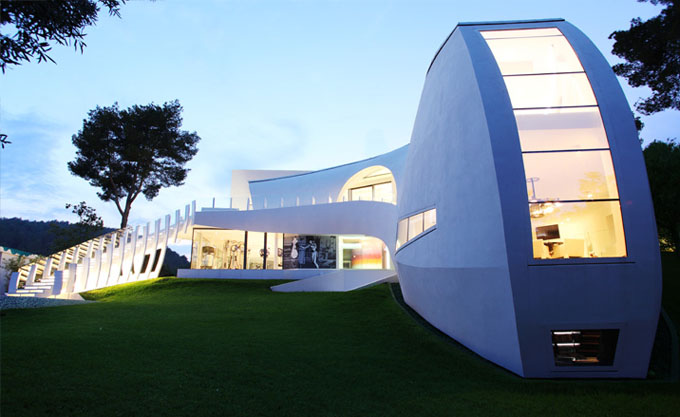 This may not be your idea of a home but it is bold and fun, and it has certainly attracted wide media attention. The 8,500 square-foot Casa Son Vida is a cooperation between three powerhouses: Luxury residential developer Cosmopolitan Estates, eclectic Dutch designer and founder of Mooi, Marcel Wanders,, and award-winning Los Angeles, Switzerland and Hong Kong-based tecARCHITECTURE. 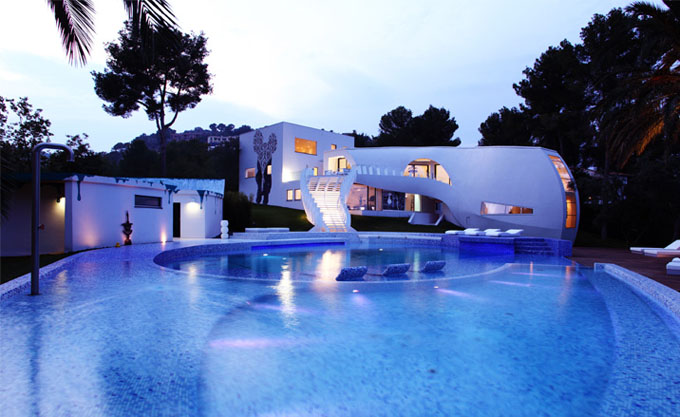 Casa Son Vida is located in the Balearic Islands off Spain, on the Island of Mallorca, where humans have lived since 6000-4000 BC and where more recently, tourists have over-crowded every beach. But Casa Son Vida avoids the touristy kitsch and aims much higher. It is in the exclusive Son Vida community, just 15 minutes from the capital of Palma. 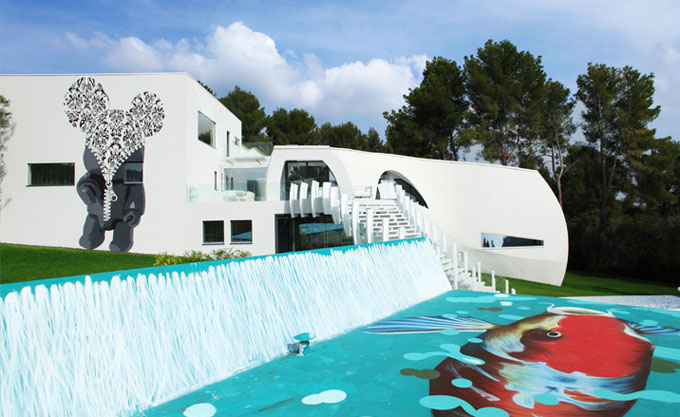 Casa Son Vida is in fact a reno of a 1960s Mediterranean villa, but it has been turned into an fantastic, sprawling luxury residence, designed to attract the young, discerning and bold, who are confident and design-savvy enough to know what they are looking at. 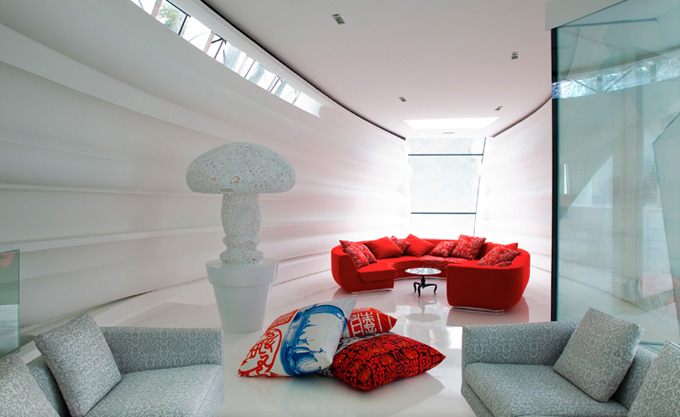 The handiwork of Marcel Wanders is evident everywhere in the Casa that looks a bit like an unruly movie set with its dino-bone exterior staircase, and various bits and pieces that remind you of Tomorrowland, Mickey Mouse, Finding Nemo and, of course, Alice in Wonderland. 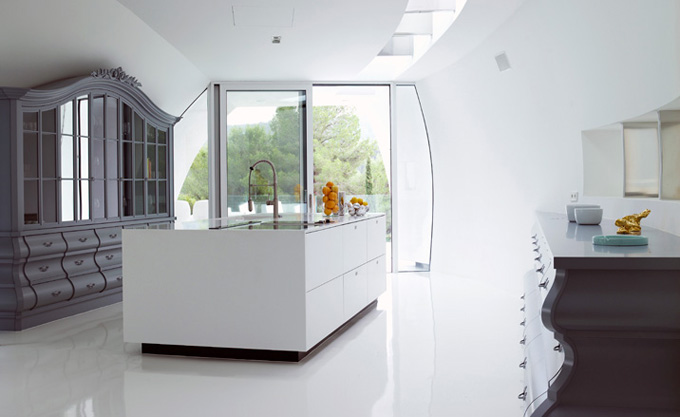 With its retro synthetic vibe, the house clashes happily with its lush surroundings, but the interior, in its white-dominant serenity is much less startling, although fun and unexpected detail is found in every space. There is absolutely nothing ordinary in this house. Everything is customized, every aspect considered a million times. It is a great example or considered chaos. 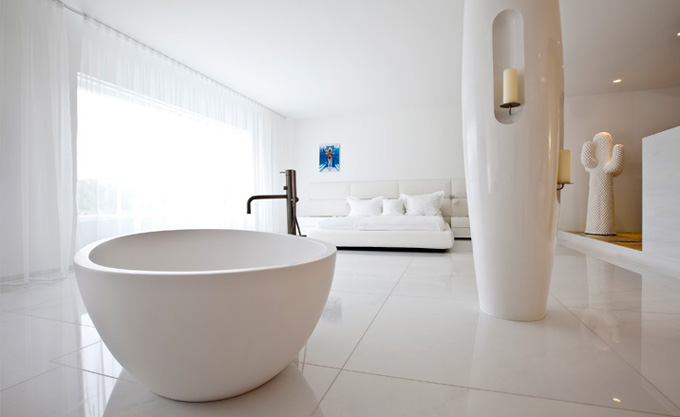 This is the first of six villas planned for the Platinum Estates development by the just less than a year-old Cosmopolitan Estates. The eclectic plans for the remaining villas reveal a series of large residences, radically different from each other. Casa Son Vida is currently not for sale but the other five are. Dream on. Tuija Seipell 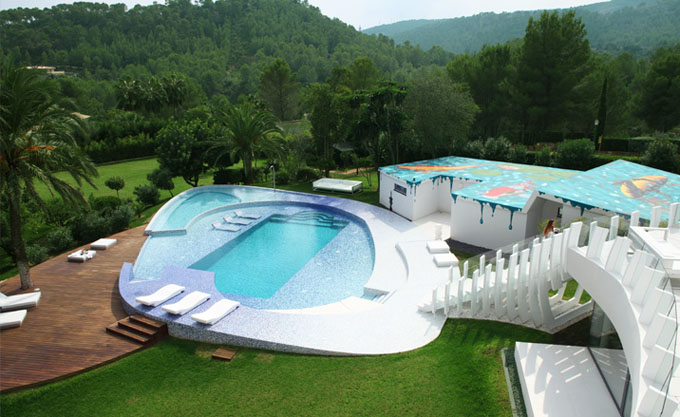