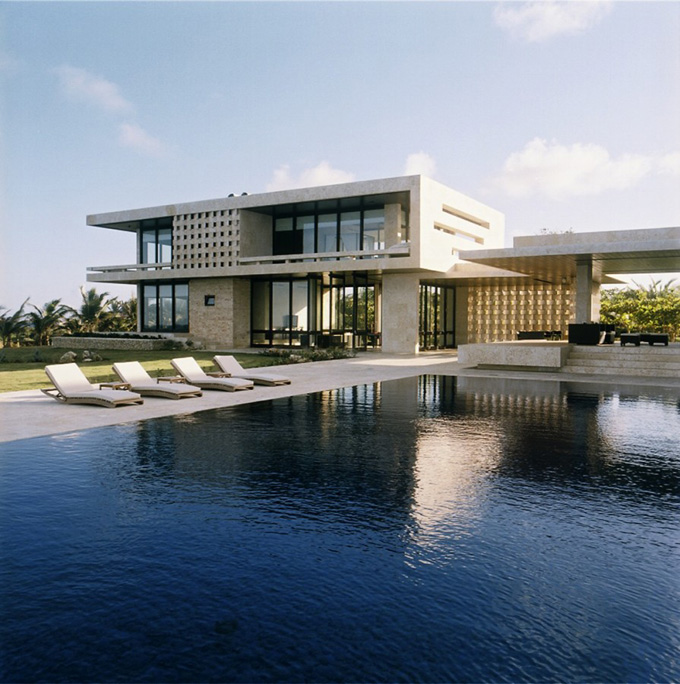 Elegant use of space, lovely surface texture and breathtaking sightlines help this new ‘stack of boxes’ avoid the current architectural cliché and give it the appearance of a villa that is not new at all but rather an established retro holiday compound of someone with a confident sense of style and a stack of extra cash. 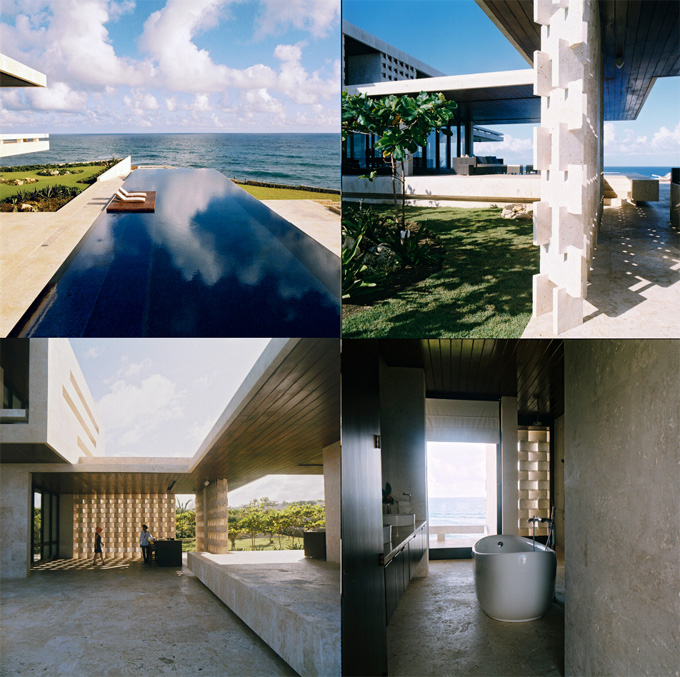 Casa Kimball is a much-publicized private house and rental villa on the north coast of the Dominican Republic. Designed by New York’s Rangr Studio. 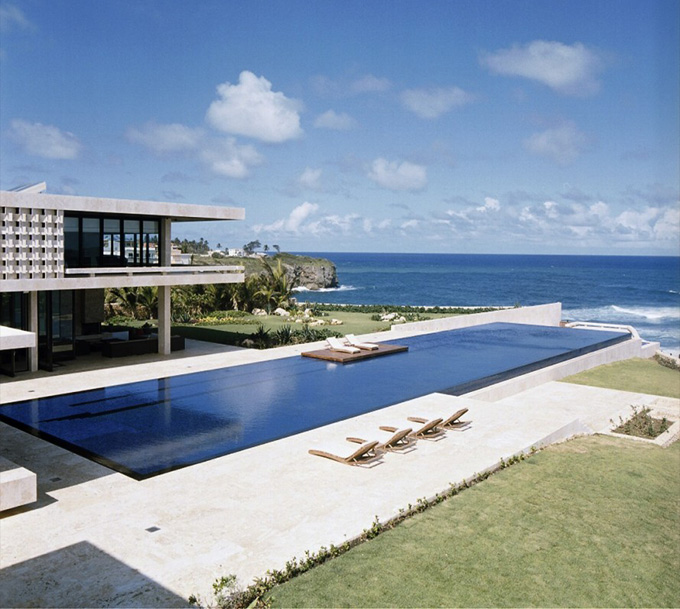 Casa Kimball owner, Google software engineer Spencer Kimball, found Jasmit Rangr via Google when he needed a designer for his New York loft. That cooperation led to the next project, the beach house in the Dominican Republic. 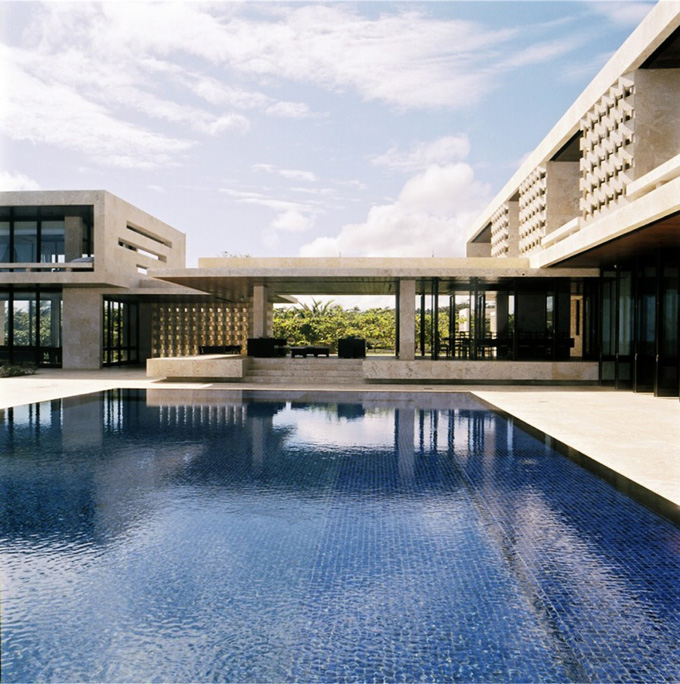 Casa Kimball’s lovely features include huge windows and doors that pivot on ball bearings and have extremely thin and light frames made of a South-American hardwood as strong as steel. Floors and ceilings are covered with local coral stone. The 20,000 square-foot casa has eight suites. – Tuija Seipell