The sublime Casa C3 is located in Marina Lancheros in Ancon, a popular beach resort in the northern Lima province, Peru.

After nearly three years of building and now nearly two years of existence, the vacation residence has settled beautifully in its relatively stark setting, allowing the vistas toward the Pacific Ocean to play their well-deserved leading roles. 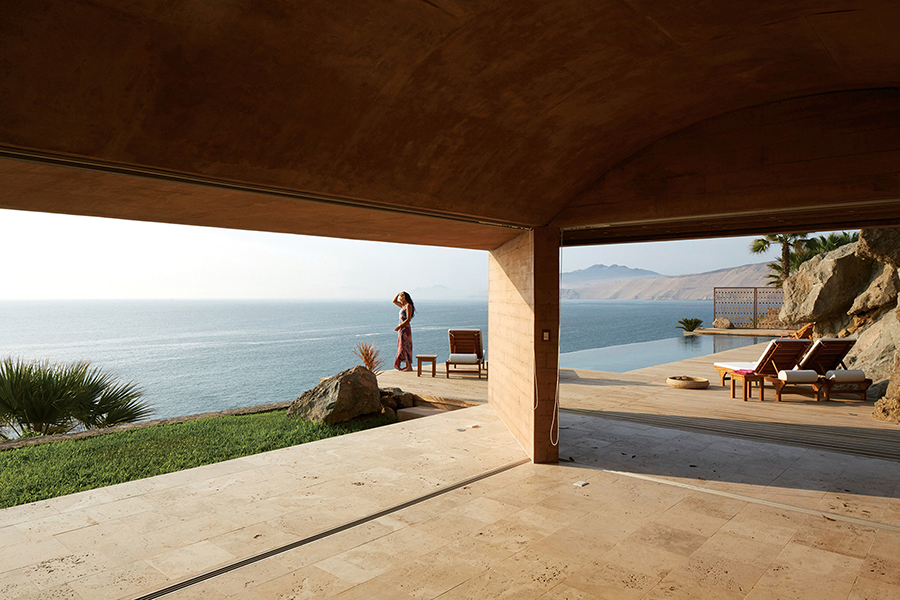 However, the architects and designers, Sandra Barclay and Jean-Pierre Crousse of Braclay & Crousse did not focus as much on the on framing the view as they did on making the residence an expression of the rocky desert land itself and a part of the cliff-edge location it sits in.

All of the native elements – the reddish–hued soil, the gray rock, the sparse vegetation – are part of the plan.

The 547 square-metre (5,888 sq.ft) house is divided into four segments: The entrance from the street and the garage area connects with steps up to large, open-format living area covered with concrete canopies that extend over a patio.

Retracting glass panels on both sides of the living area make it possible to open up the entire area to the breeze from the sea. 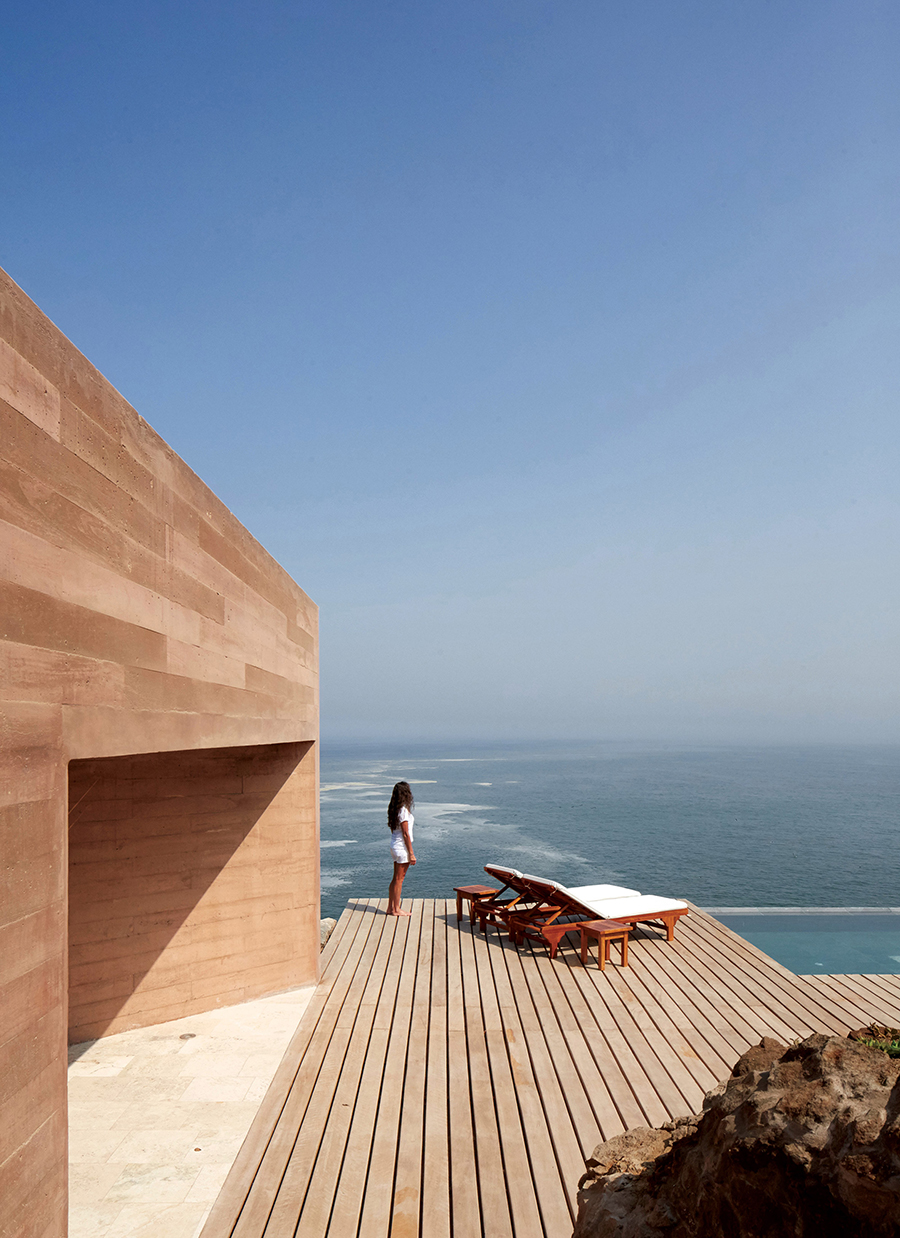 Bedrooms are set in two separate units on a lower level with planted areas on top.

The structure closest to the cliff’s edge includes the master bedroom, a patio with a slatted wood canopy, and a gorgeous terrace with a pool. 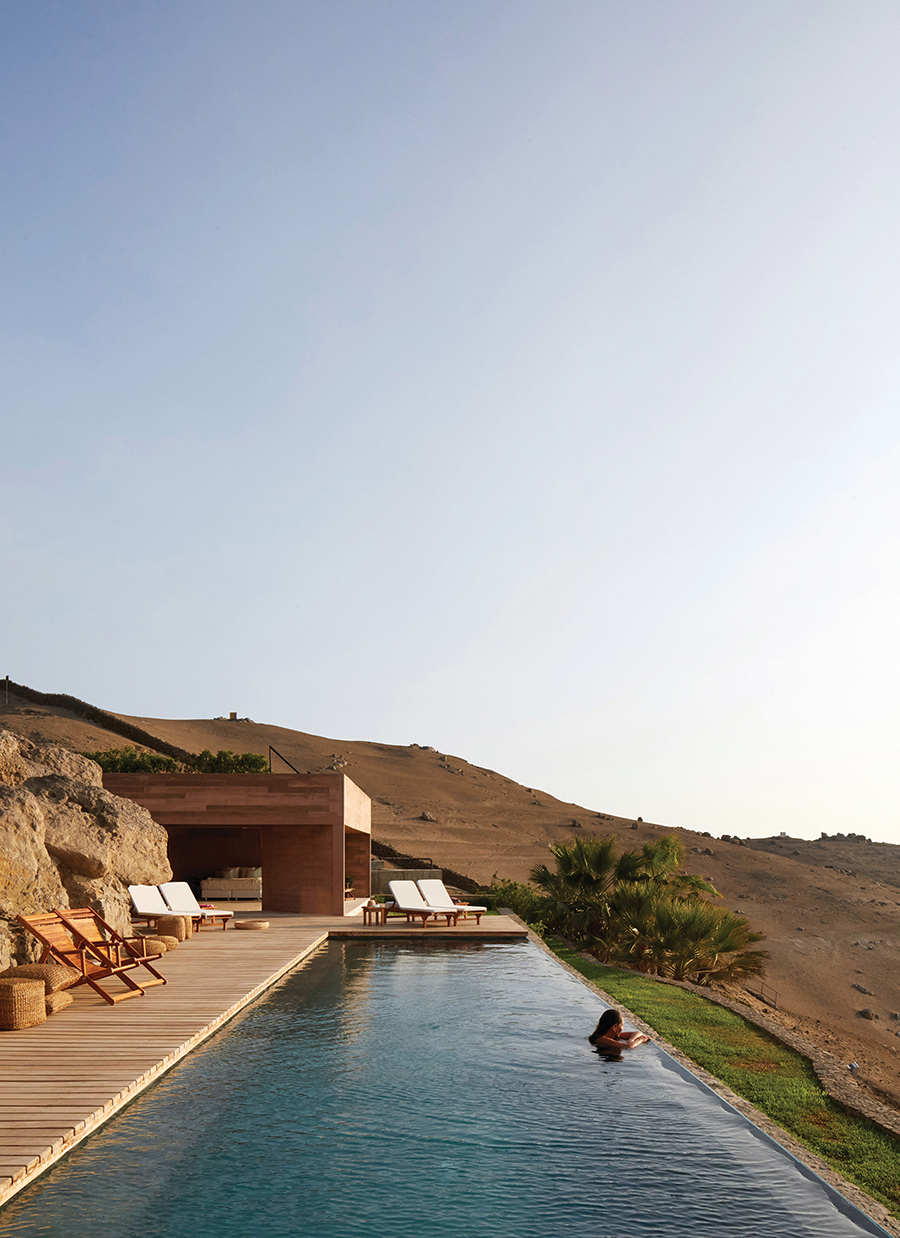 Peruvian architects Sandra Barclay, born in1967, and Jean-Pierre Crousse, born in 1963, formed Barclay & Crousse in Paris in 1994. In 2006, they moved their main studio to Lima but continue to work also in France with Guilhem Roustan and Jean Marc Viste, partners of Atelier Nord-Sud. – Tuija Seipell. 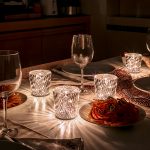 These cordless solid glass table lamps redefine the conventional concept of LED illumination. Sparkling brilliantly as they radiate soft warm light, the lamps create a subtle sense of excitement and intimacy in any darkened space where a sophisticated ambience is essential.