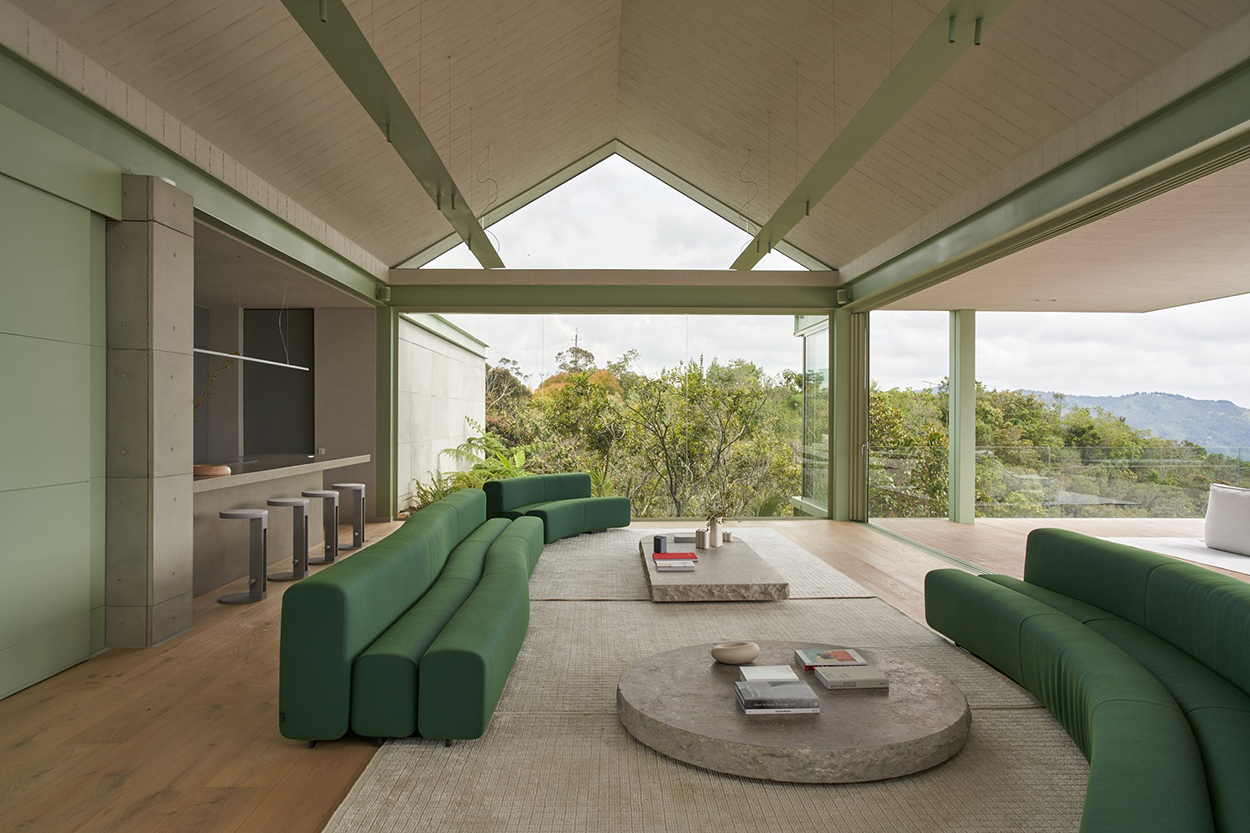 “It’s not a place to show off, it’s a place for my soul to rest,” says 37-year-old Colombian reggaeton superstar, José Álvaro Osorio Balvín known professionally as J Balvin in a magazine article. “It’s about creating something with nature. Like everything in life, the simple things are the most amazing.” 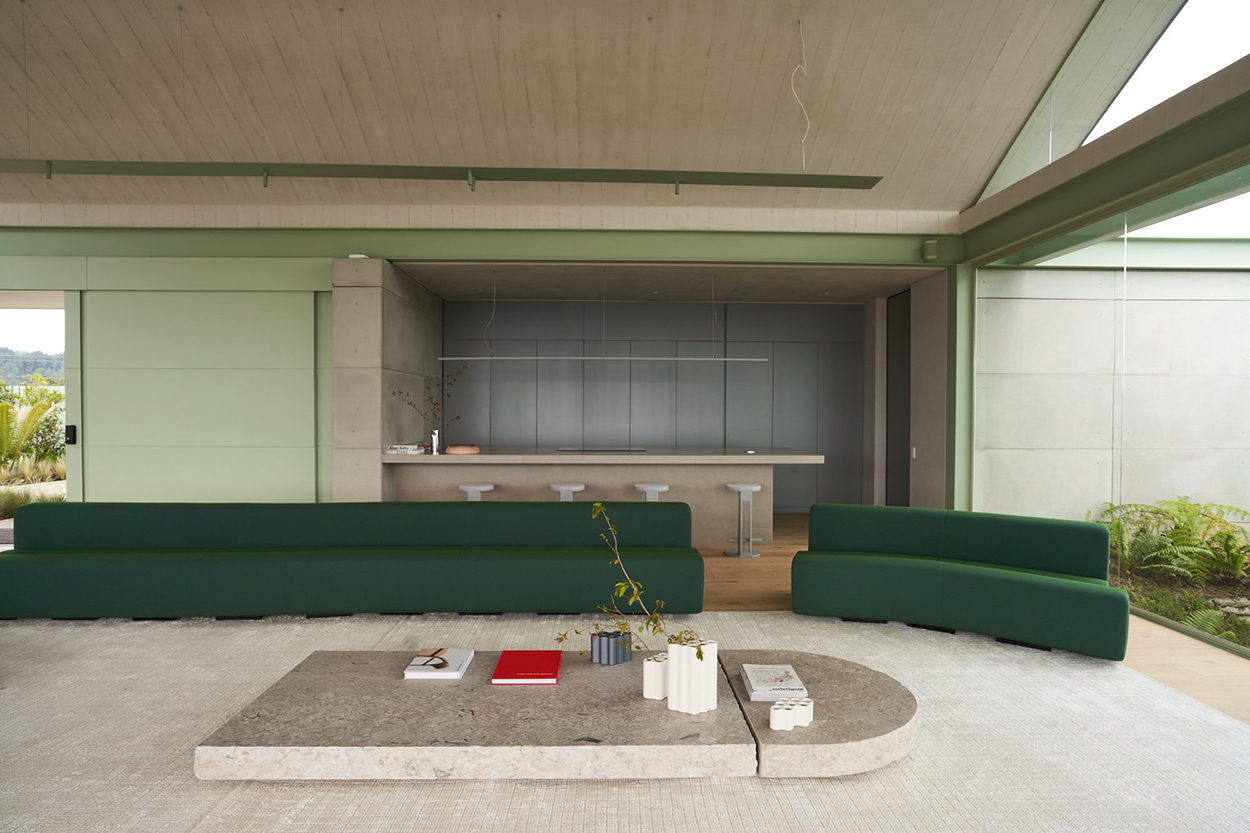 This is was all we needed to know to become interested in J Balvin’s latest residence, Casa Aire, recently completed in his Colombian city of birth, Medellín. J Balvin cultivates a considered bad-boy demeanour with his sometimes controversial views, multicoloured hair, numerous tattoos and loud outfits, but he has also understood that he needs a counterpoint to balance his hectic and crazy global superstar lifestyle. He has said that he wanted to create a sanctuary with balance, peace and inspiration. 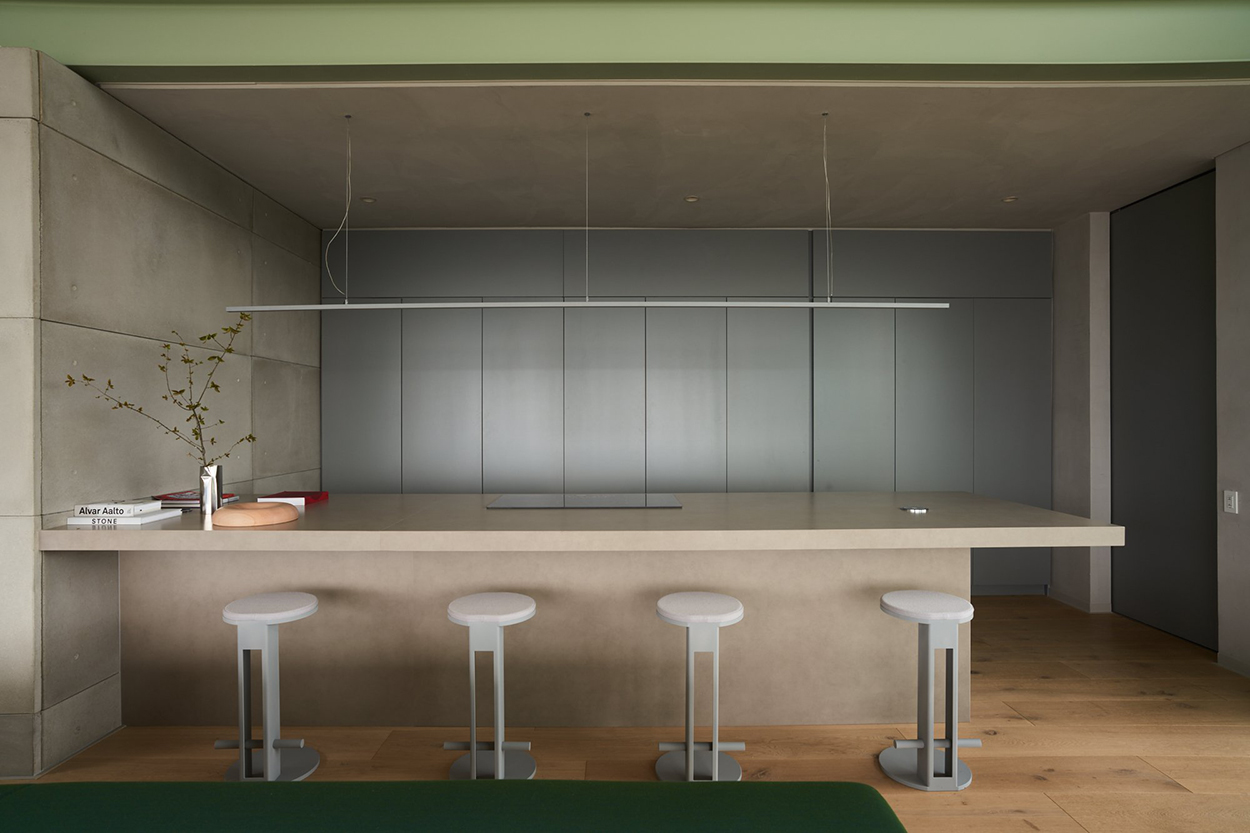 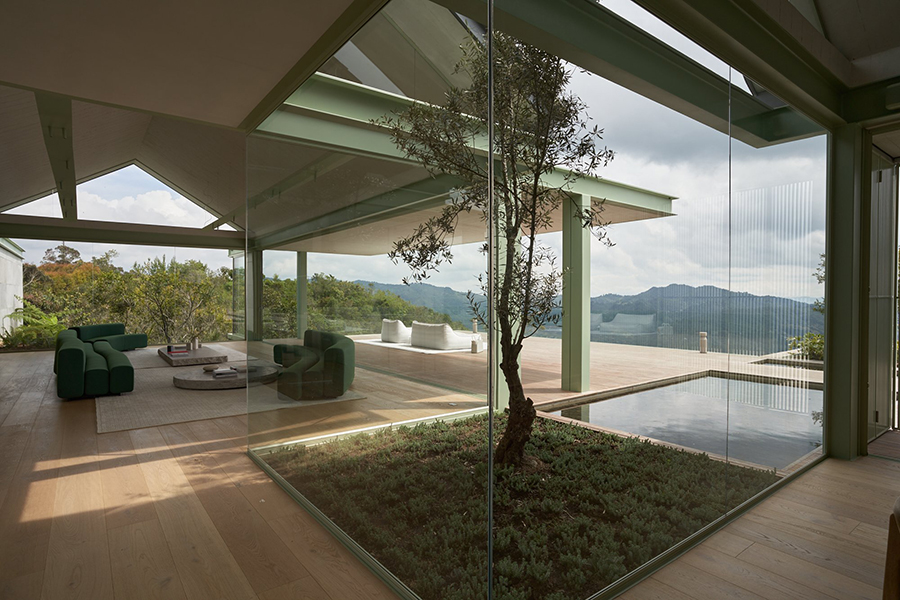 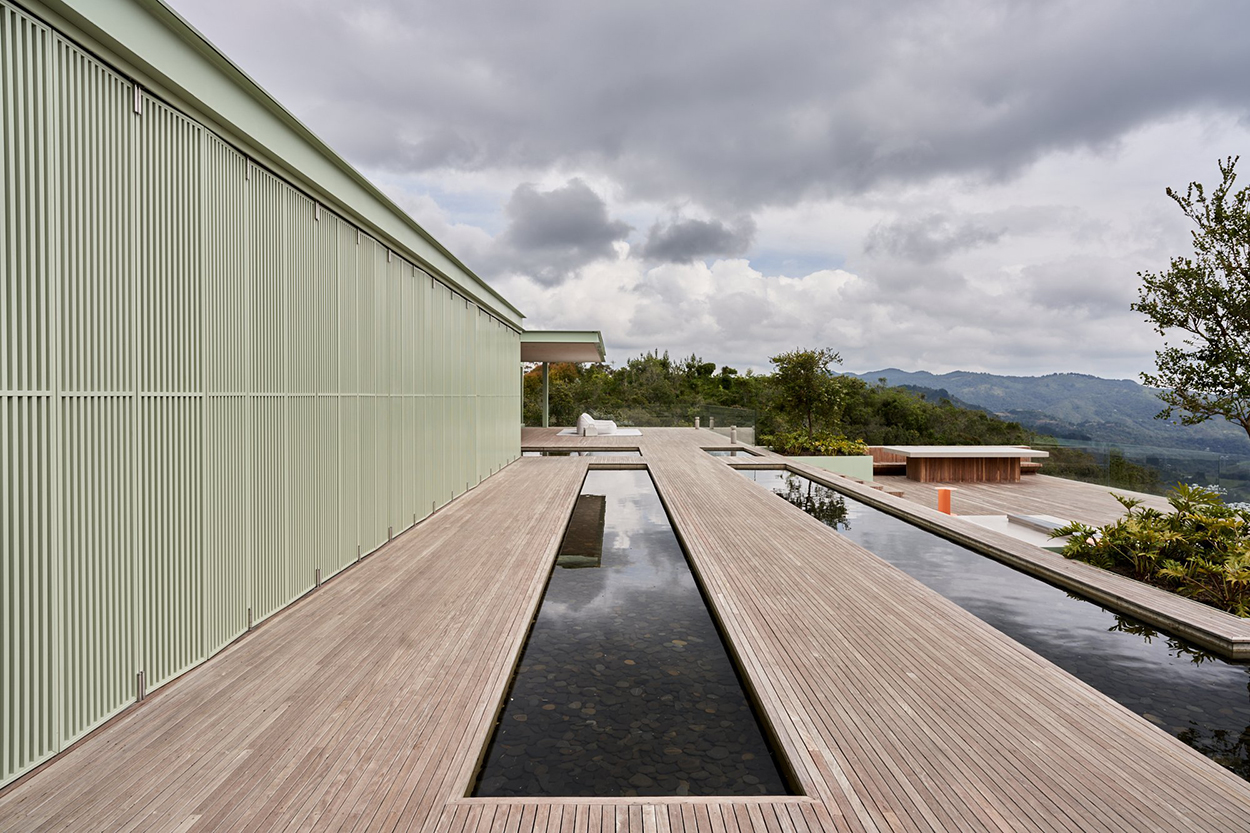 The minimalist style of Cinco Solidos matches perfectly with what J Balvin was looking for in this mountainside retreat that he expects to expand eventually into a major residential compound for family and friends. He shares the three-bedroom 500 square-metre (5382 sq.ft) residence with his son, Rio, whom he had with his girlfriend, former Miss Argentina, fashion model , Valentina Ferrer, 10 months ago. 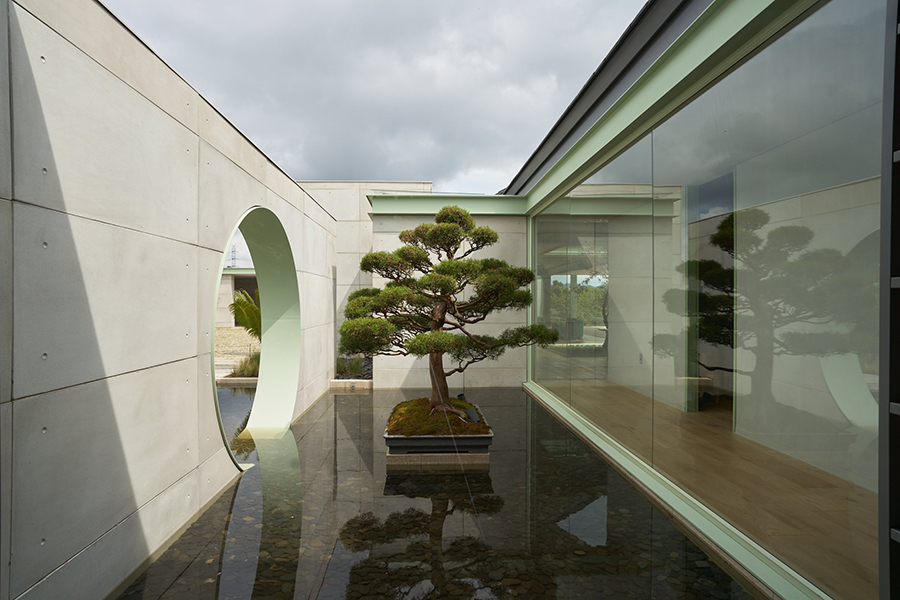 With a long, collaborative relationship already existing between the designers and their client, the design process was not as complicated as it would have been had they started from scratch. The basic principles were clear to all; minimalist open concept, Japanese zen-like vibes, and connecting everything with the surrounding, lush nature and gorgeous mountainside vistas. As a result, Japanese water features, and bonsai and Spanish olive trees, arranged according to the principles of feng shui, are distinctive and important design elements in the house as much as the minimalist furniture. 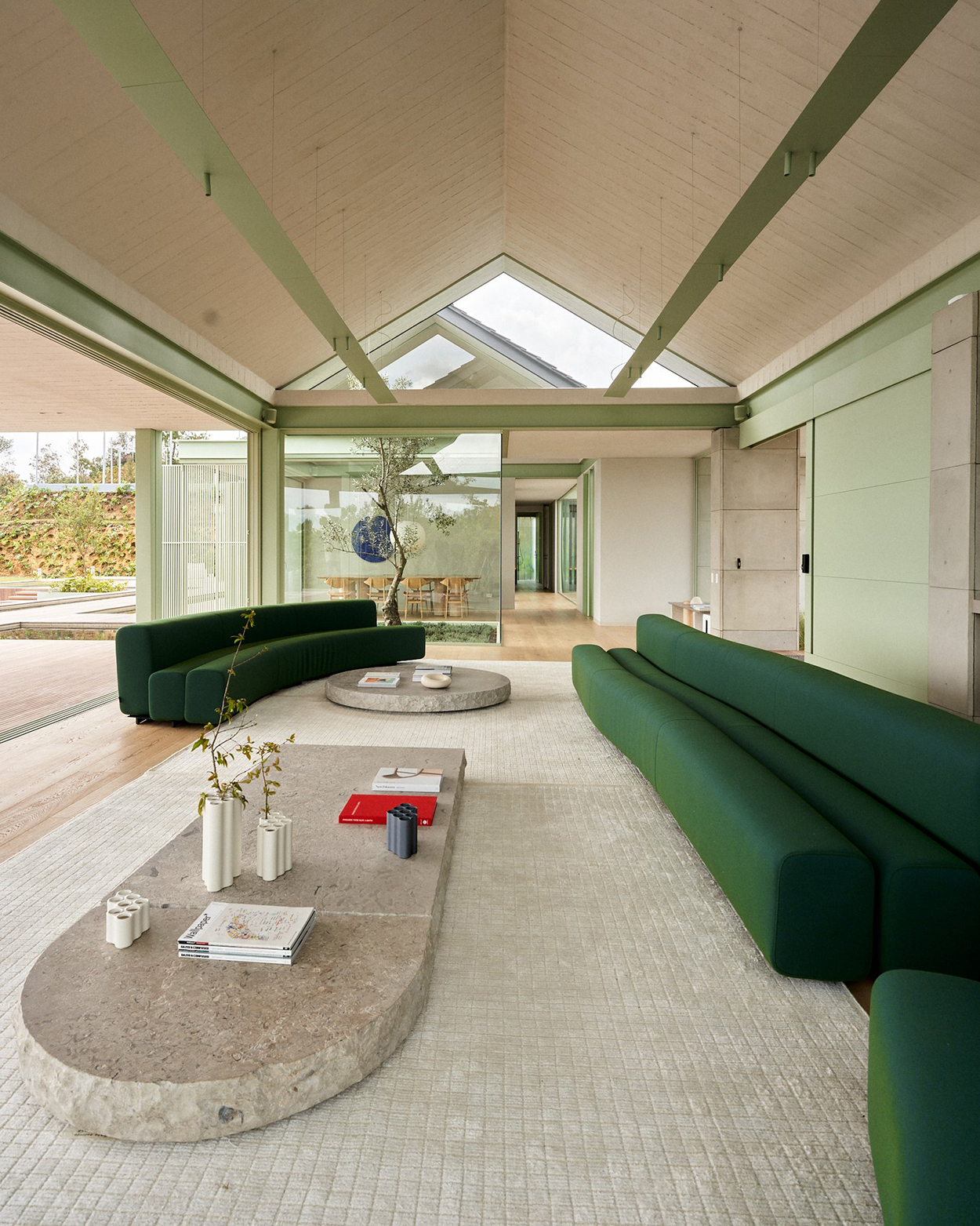 In the living room that opens fully to the terraces outside, low, forest green, tube-like Osaka sofas, designed in 1967 by French Pierre Paulin (1927-2009) for Italian manufacturer La Cividina dominate the space. 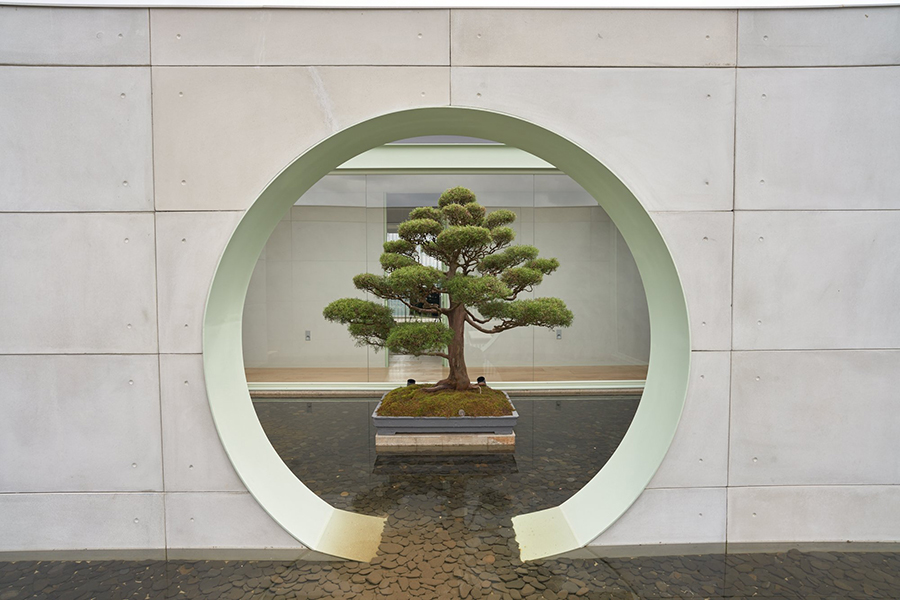 The sofas flank two large, thick travertine slabs that function as coffee tables. The two marble tables weigh two tonnes together and it took 15 men to position them in their places. The dining room has a strong mid-century minimalist feel with oak Buffala chairs designed by Kristian Sofus Hansen and Tommy Hyldahl for Norr11 flanking a table designed by Cinco Solidos. Only one piece of art decorates the room that also opens directly to the terraces: a painting by Colombian artist Christian Abusaid. 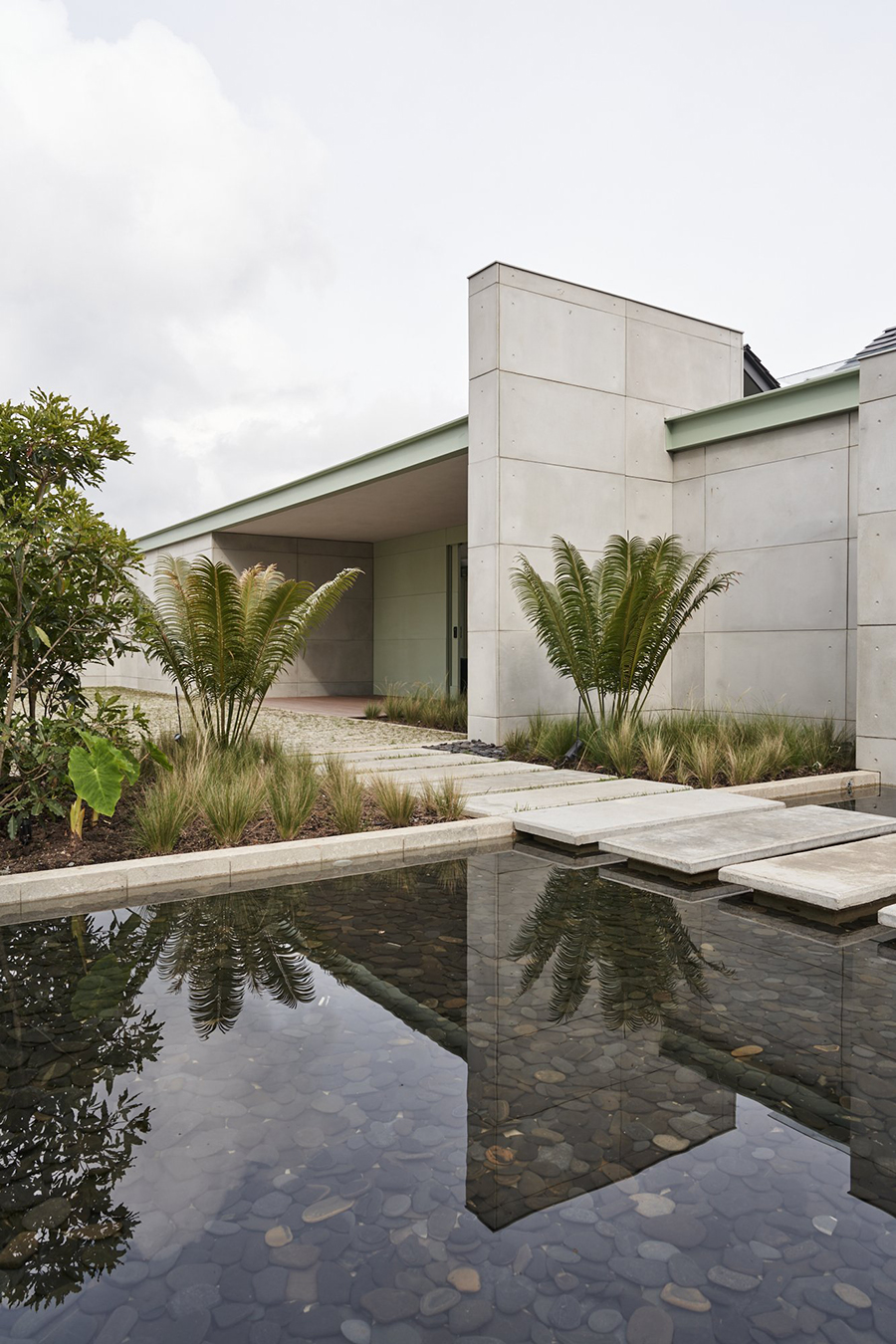 The residence has a muted colour palette with only a few hints toward J Balvin’s love of colour. Each of the three bedrooms is decorated by bright works of Japanese contemporary artist Takashi Murakami and Californian art collaborative of Samuel Borkson and Arturo Sandoval III, FriendsWithYou. Outside, a pastel blue and pink basketball court adds a sense of fun to the otherwise serene surroundings. 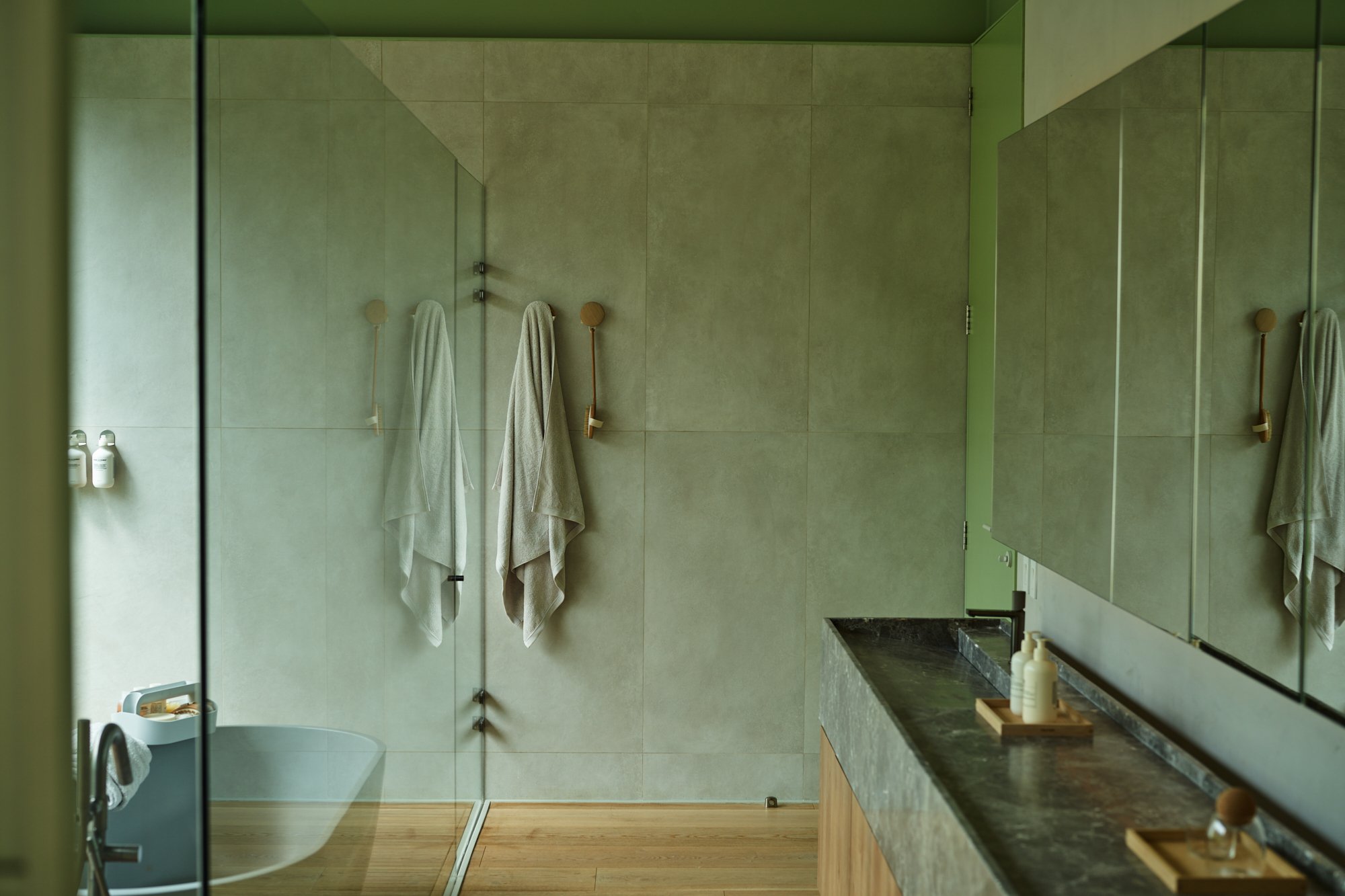 In addition to his multiple-award-winning musical career, J Balvin is known for collaborations with fellow Latino musicians including Benito ‘Bad Bunny’ Martinez, Nicky Jam and Daddy Yankee. He has also convinced other superstars, including Beyoncé, Ed Sheeran and Pharrell Williams, to sing with him in Spanish. He has also collaborated with fashion brands Louis Vuitton, Prada and Supreme, animated TV-series character SpongeBob SquarePants and artist Takashi Murakami. – Tuija Seipell 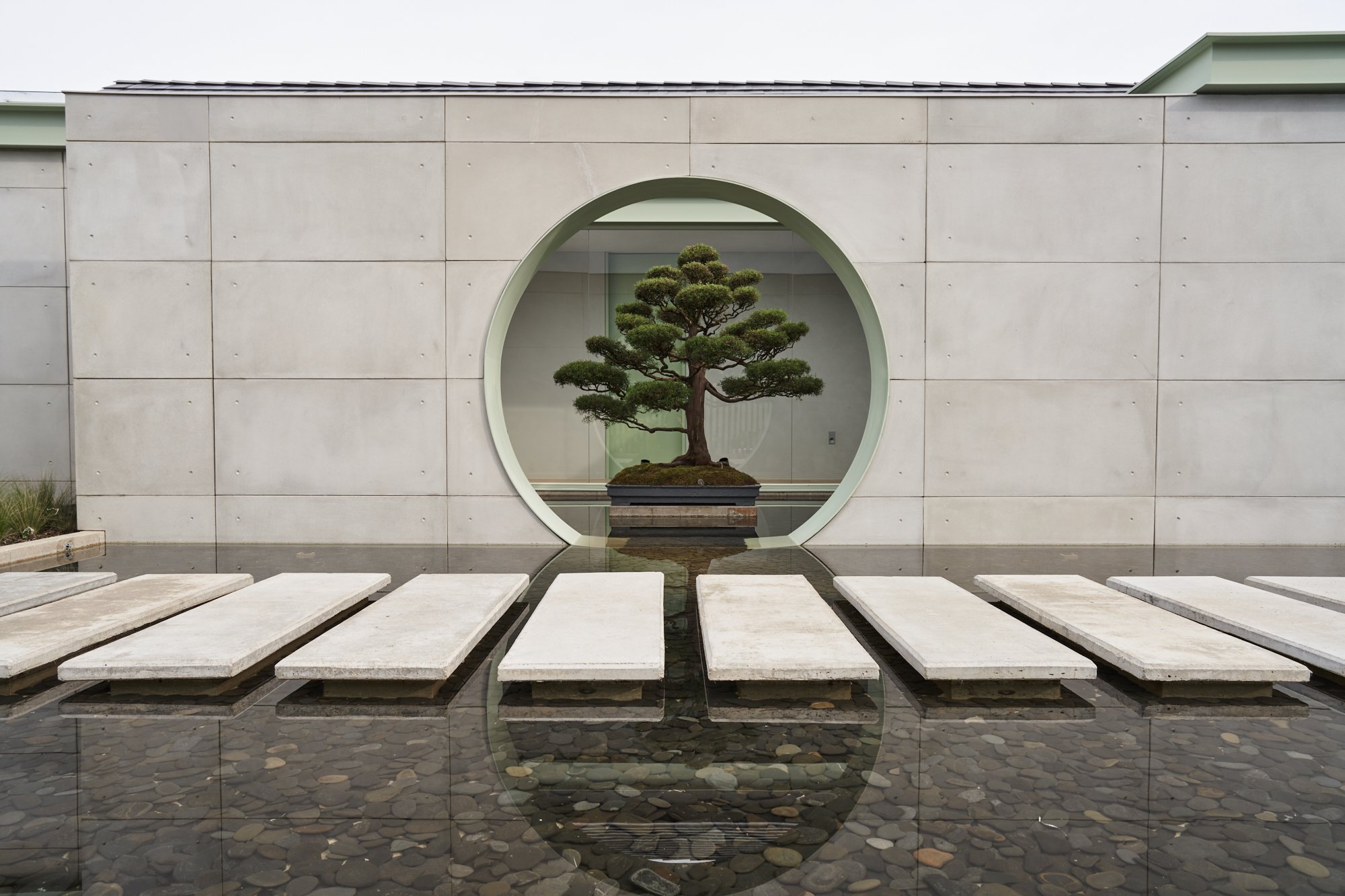