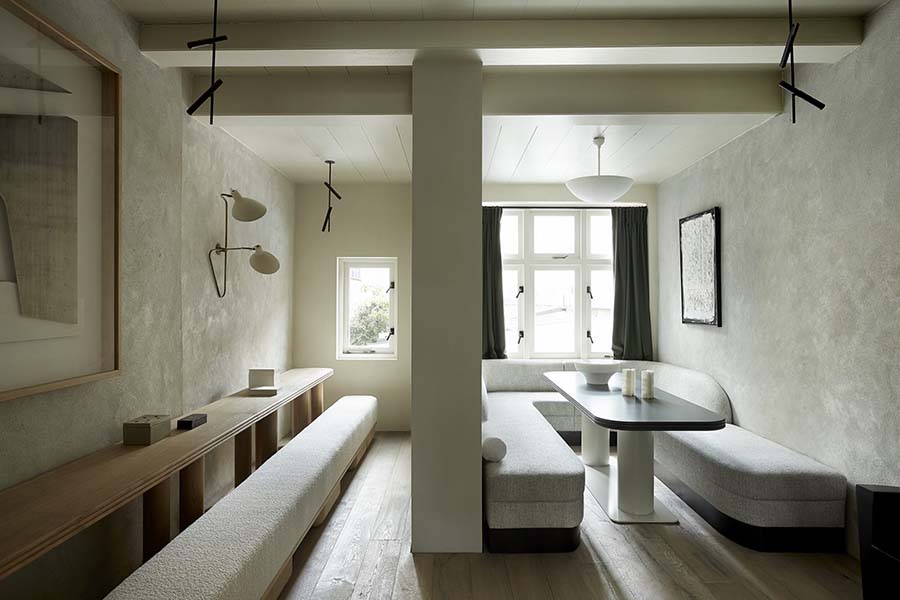 In 2017, finally realizing their long-time dream, founder and creative director of Amsterdam-based Framework, Thomas Geerlings, and his wife Danielle and their two young children, bought themselves a house along Amsterdam’s canal, close to the Amstelveld square in the historic centre of the city. 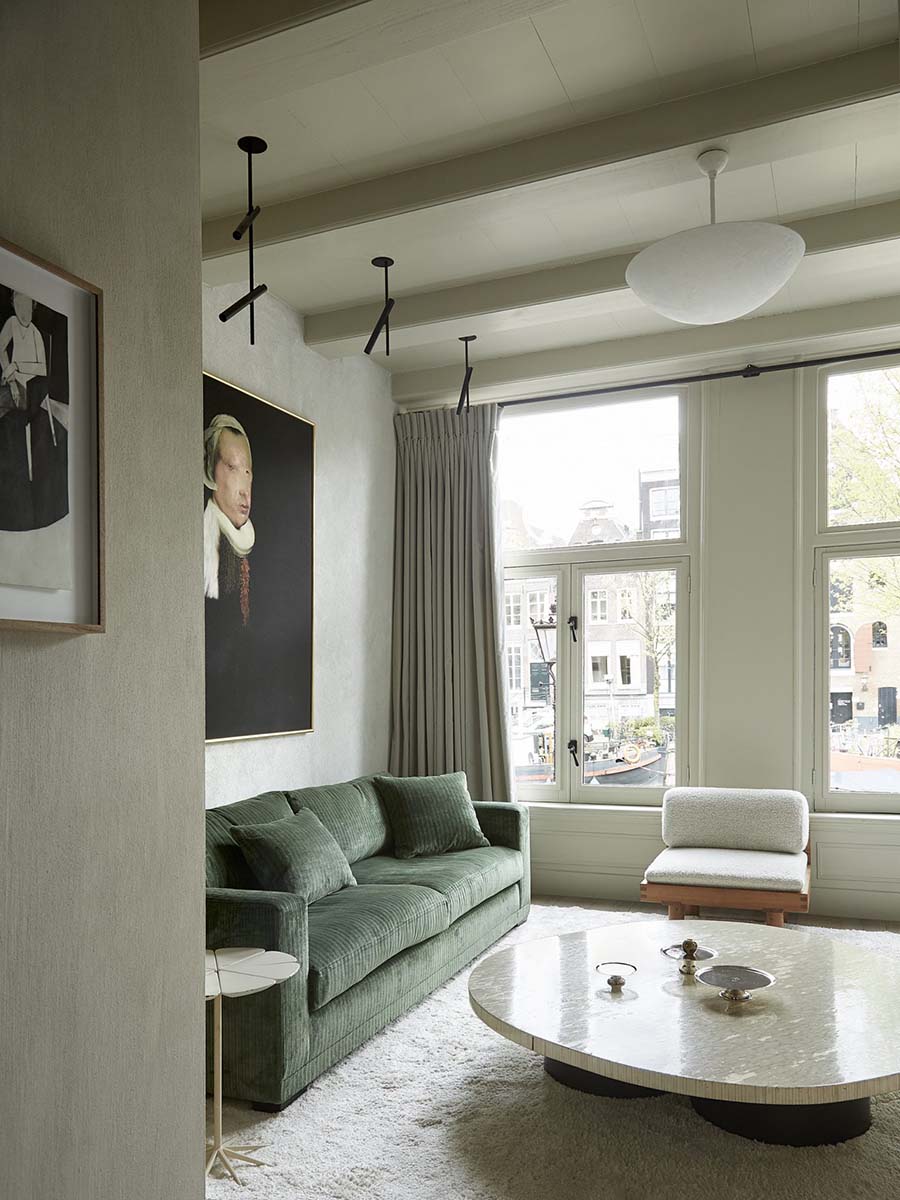 They bought the house quickly without realizing how much of it they had to discard. Much of the wooden interior, including beams and walls had to be gutted. But the industrial character could still be saved and reimagined. 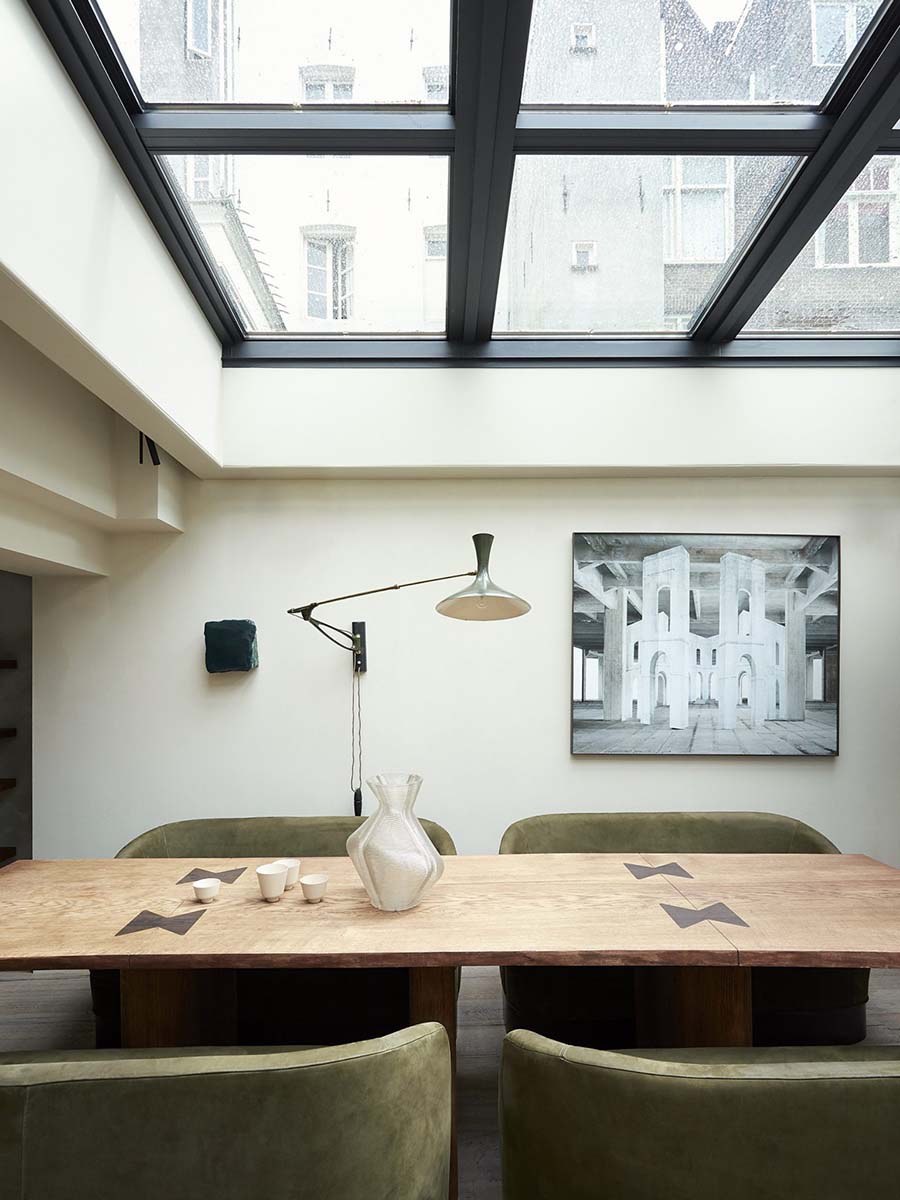 The listed building dates back to 1896. It was formerly a warehouse and had also housed an art gallery in what is now the kitchen, among other uses. Because the building is listed, the city archives had the original drawings that Geerlings used extensively in planning the transformation of the  structure into their family home. 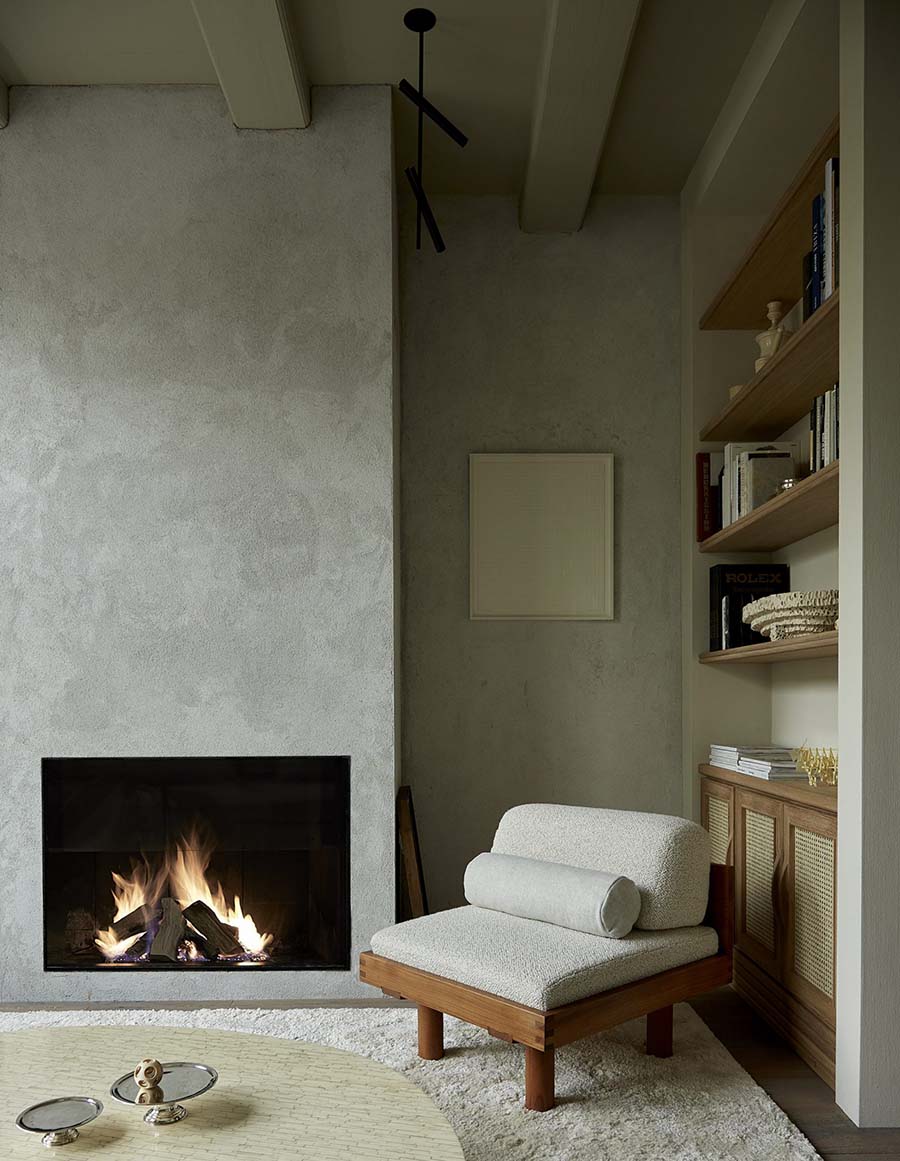 The exterior of the building is that of a typical local industrial brick building. Functional, unadorned, and imposing in its narrow, tall profile. The footprint is only 50 square metres (538 sq.ft), but the height is five storeys. 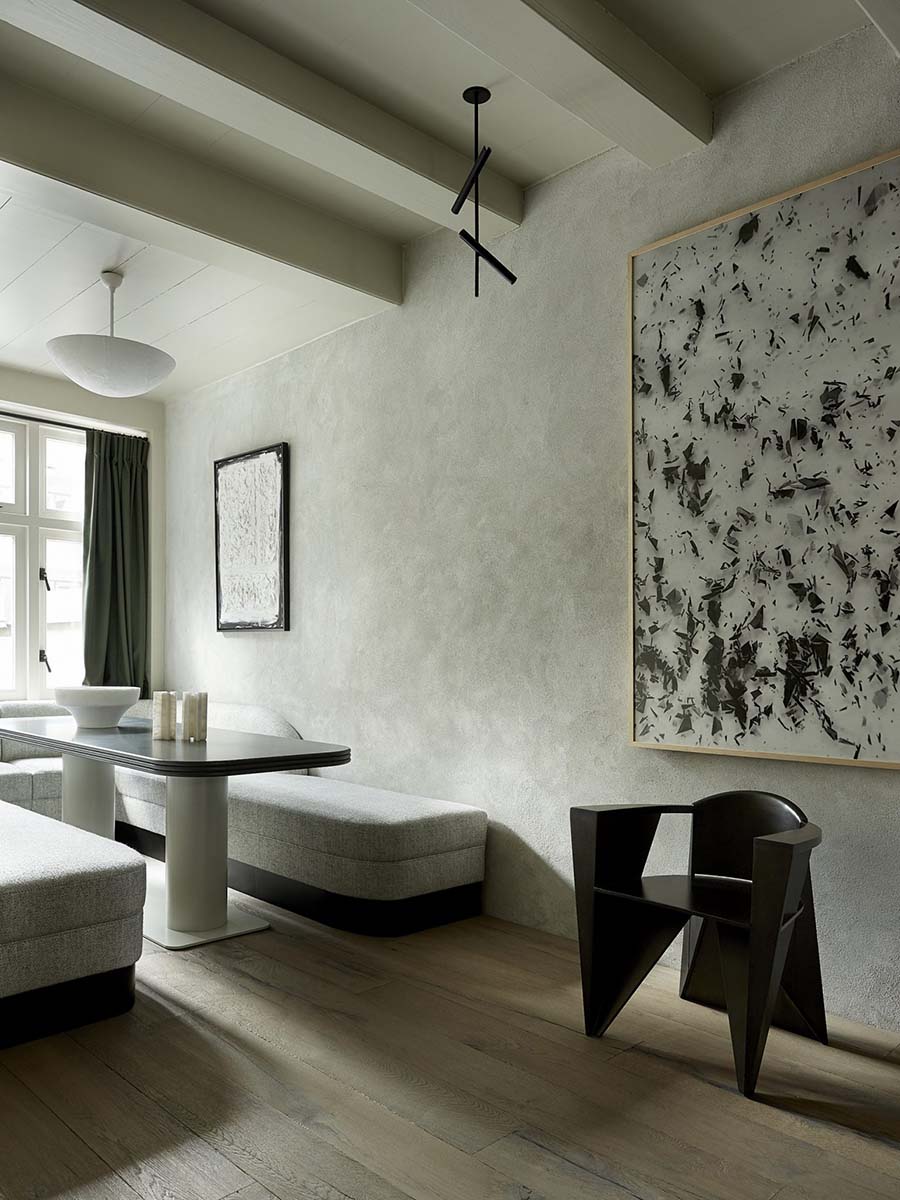 Geerlings wanted to keep the ambiance of the functional, industrial building, but the family also wanted it to feel like their own home. Oak and marble floors, green-hued marble in the kitchen and bathrooms, raw cement walls, iron railings – all give an industrial and slightly brutalist impression, yet the home feels elegant and comfortable, not like a film set like so many industrial-loft renovations. Soft upholstered pieces tone down the hard surface elements down and create warm and inviting  spaces. 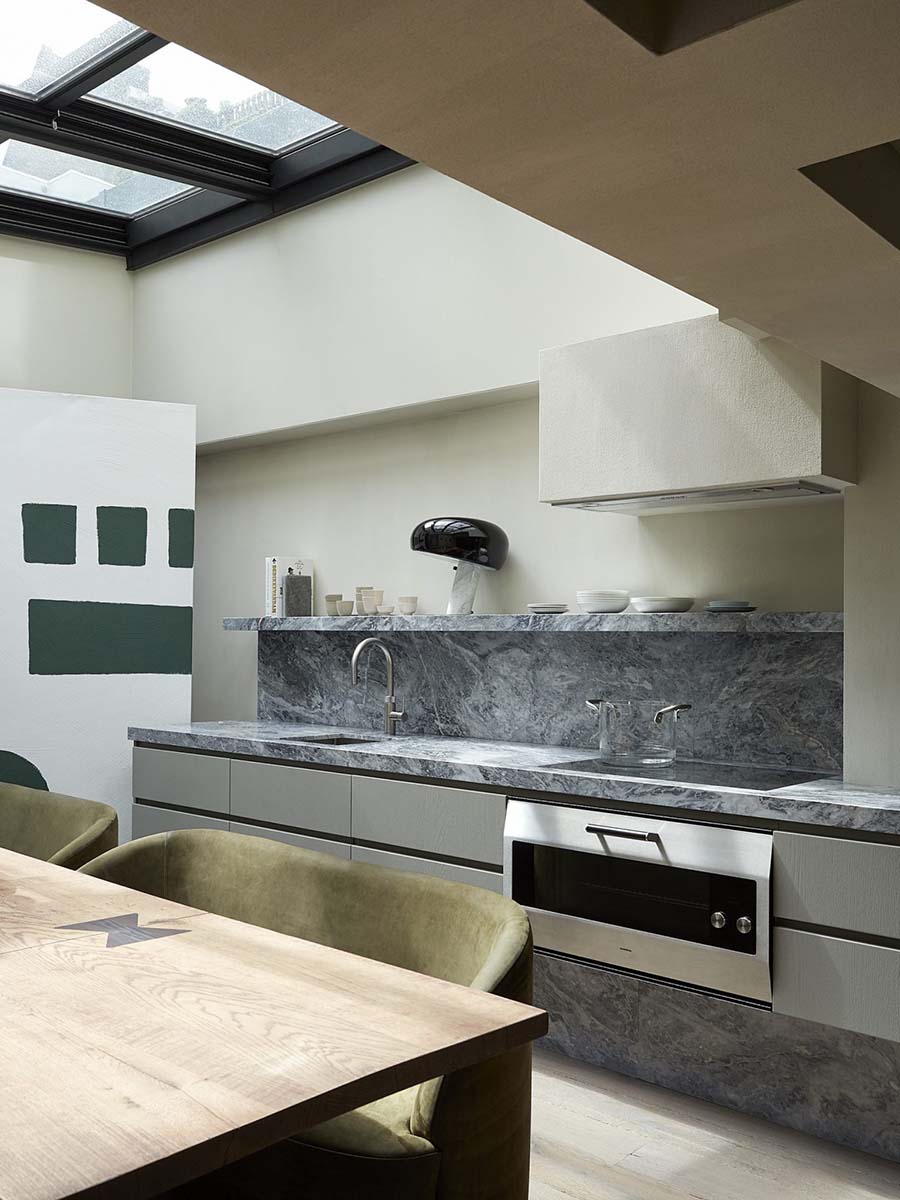 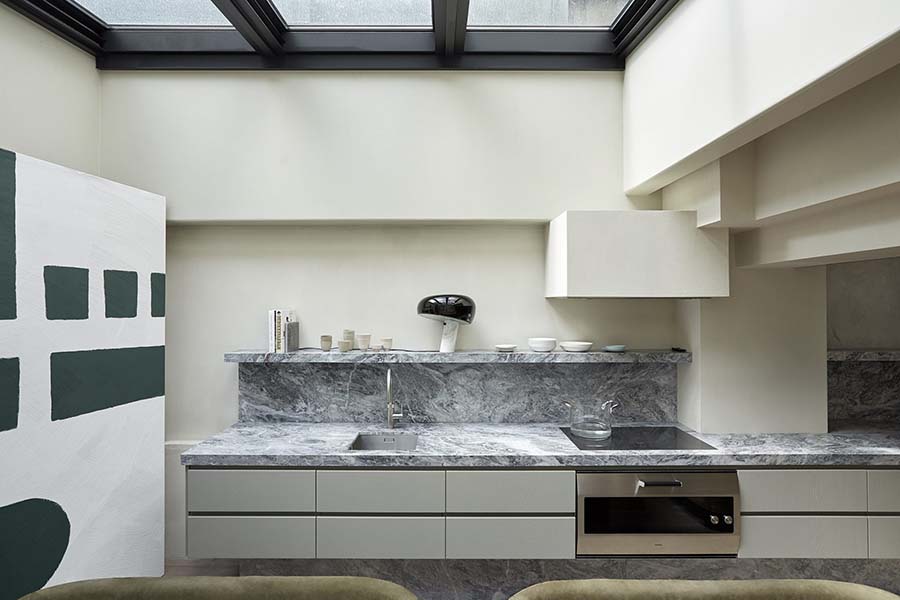 They limited the colour scheme to muted greens and greys, and filled the rooms with their own favourite objects; collectables, artworks and custom sofas, benches and chairs by Framework.

They also wanted to pay homage to ‘imperfection,’ to respect the building’s history and avoid over-modernize and over-perfecting everything. Thomas Geerlings personal quote on the Framework website echoes this strong-held belief: “A space should always make you question things. Perfection doesn’t leave room left to dream.” 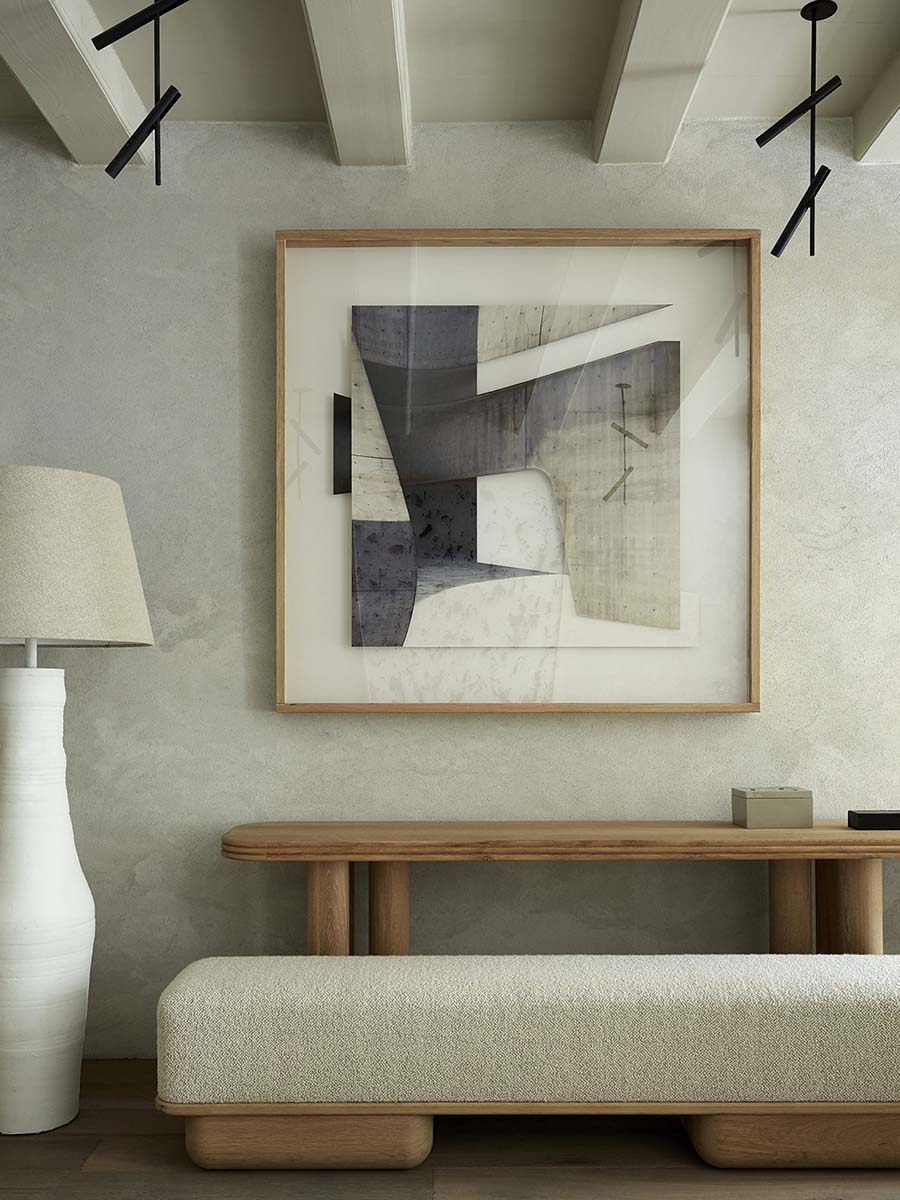 We love the somewhat clunky furnishings, the solid, rounded corners, the sizeable art and the unexpected placement of oversize pieces. It looks, just as Geerlings intended: slightly unfinished and also lived-in. You could not find a home similar to this anywhere. It is clearly their home. Each piece isn’t there to look good in the photographs of design magazines; it is there because the family members like it there at the moment. They may move somewhere else tomorrow or replace it with something totally different. It is a living environment that leaves room to dream. Tuija Seipell 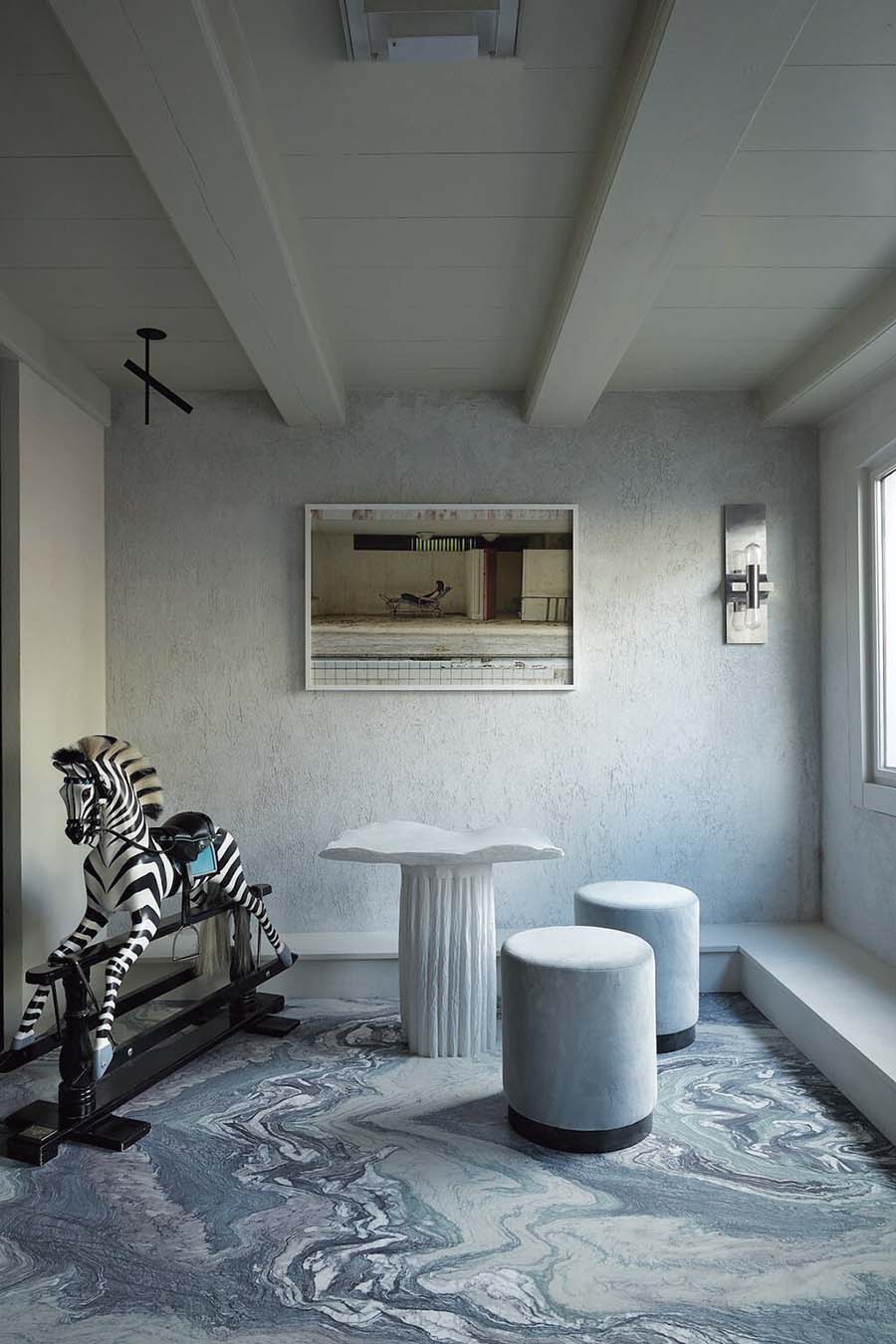