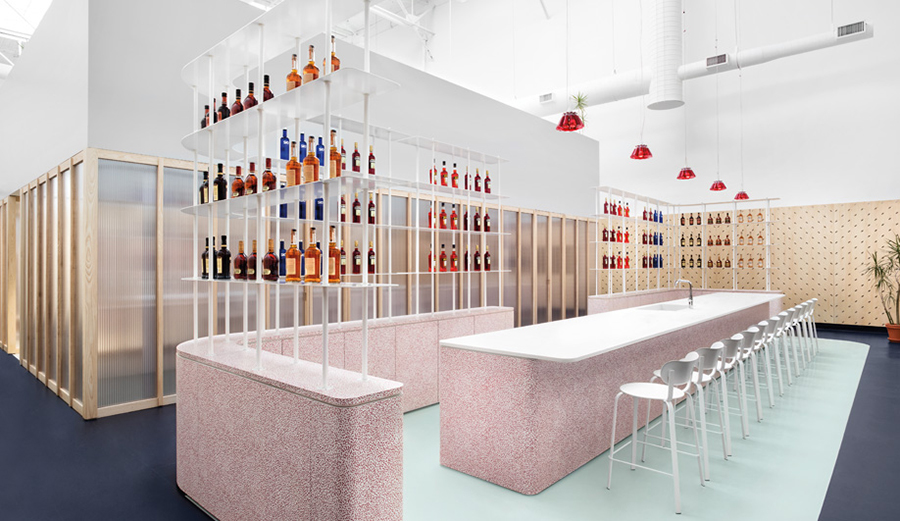 After acquiring the Forty Creek Whisky distillery in Grimsby, Ontario, in 2014, Campari Canada has systematically increased its presence in Canada. 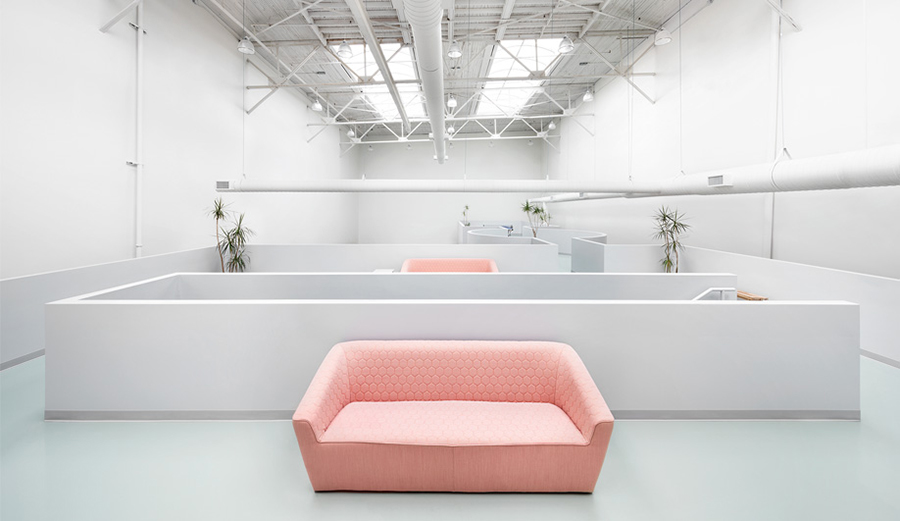 The latest indication of this is the opening of its 24th global office in Toronto. Toronto design firm I-V was in charge of designing the space that used to be a film studio and before that, a foundry. 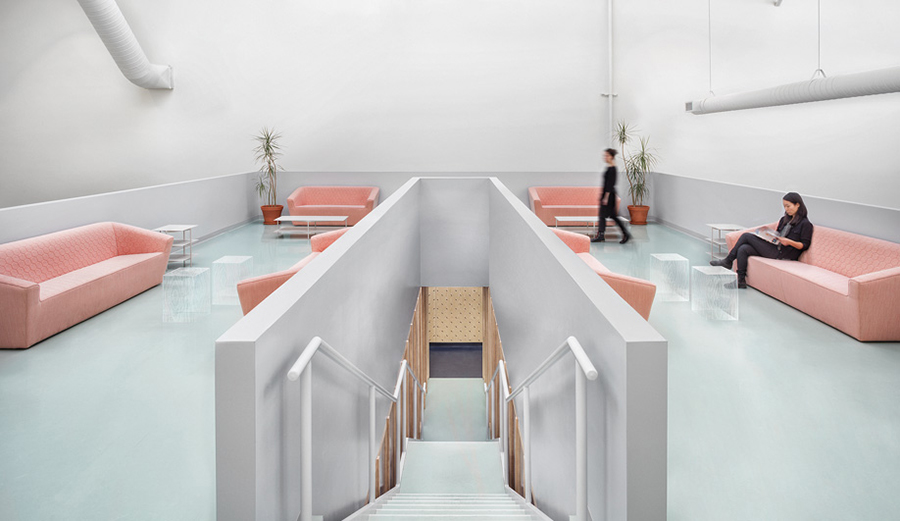 The 9,500 sq.ft. (890 square metre)  Liberty Village premises include offices for 22 of the company’s sales, marketing and finance staff as well as a tasting bar and several open areas that can be transformed into various function spaces. 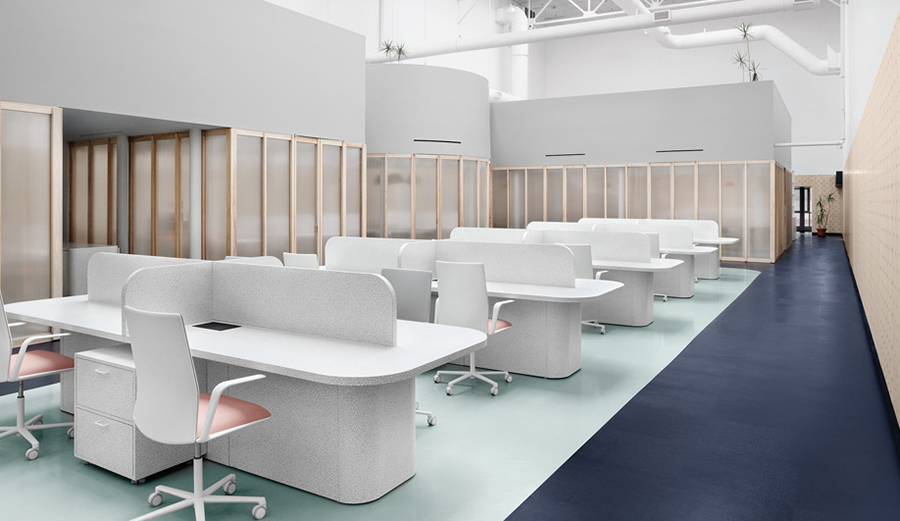 The open plan allows for maximum flexibility and lets the overall minimalist white environment serve up the yummy pastel furnishings including the peachy sofas in the mezzanine from the Spanish firm Sancal. Another Spanish firm, Stua, provided the white swivelling chairs for the 16-person boardroom. 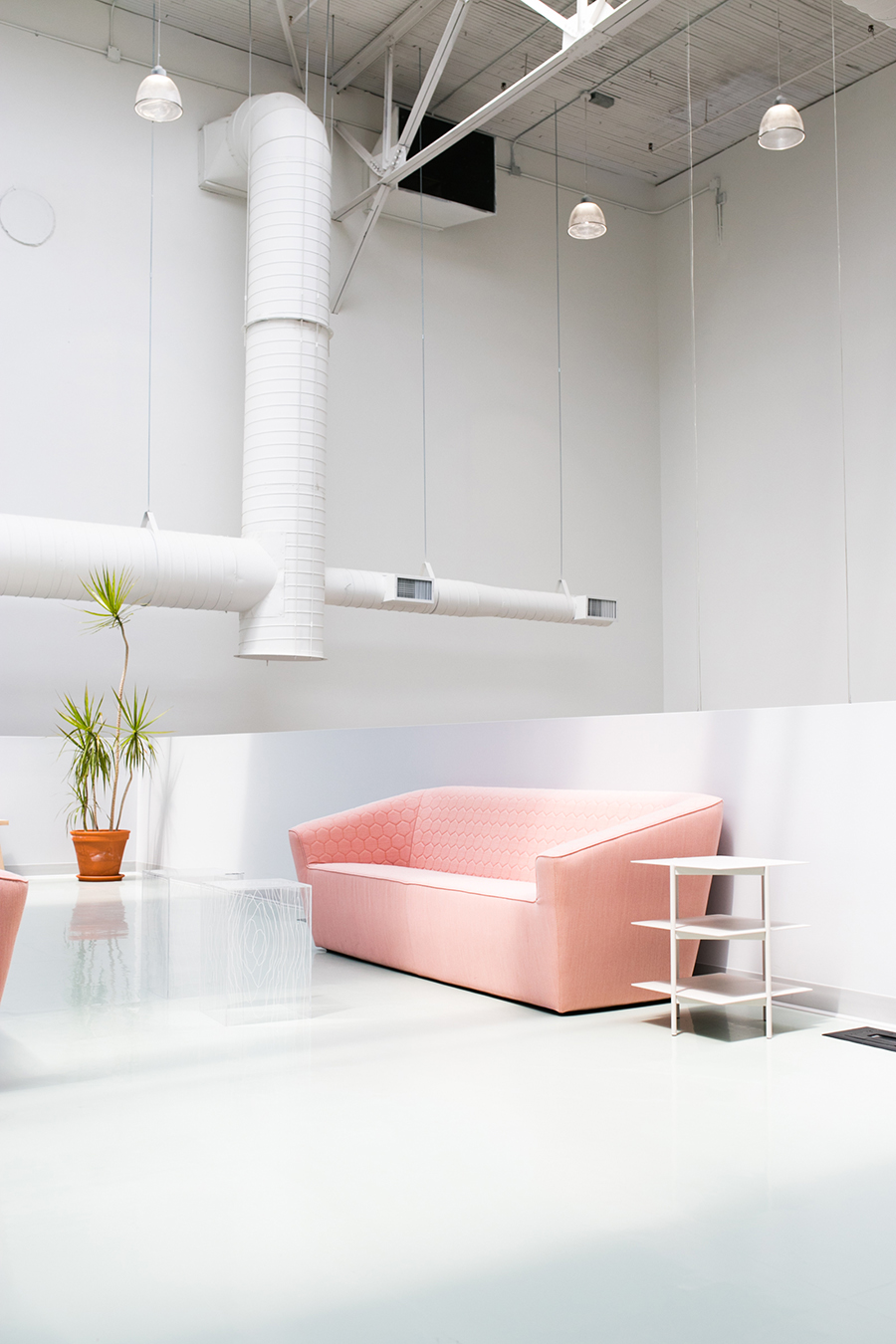 As a curiosity and eye-catcher, the designers covered the bar counter in a speckled pattern called Bacterio, created by the Italian designer Ettore Sottsass in 1978. 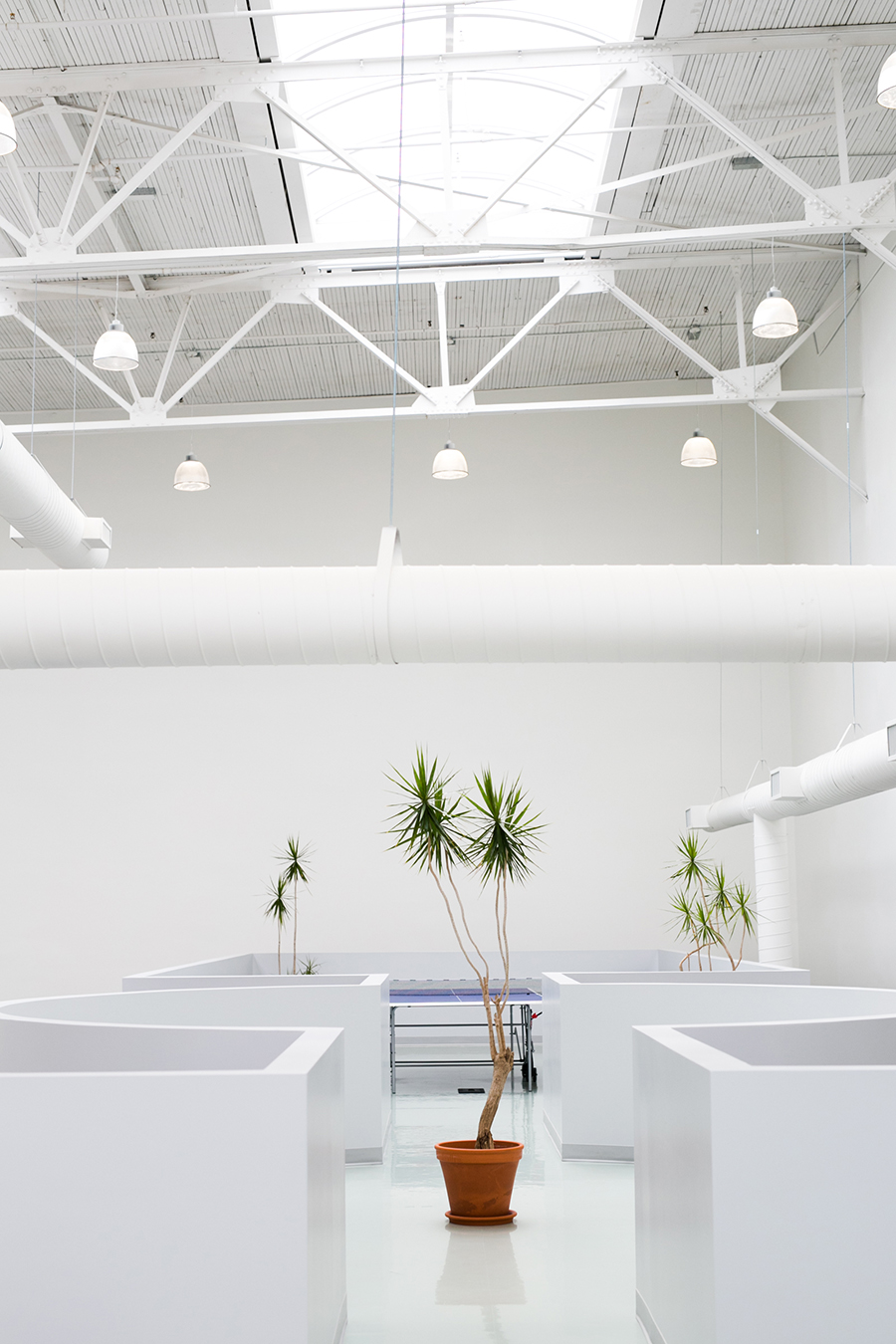 Gruppo Campari, the owner of Campari Canada, is a 150 year-old Italian beverage firm with a portfolio of more than 50 brands from spirits to wines and soft drinks distributed in more than 190 countries. Campari brands include SKYY® Vodka, Campari®, Aperol®, Wild Turkey® Straight Kentucky Bourbon and Appleton® Estate Rum. – Tuija Seipell. 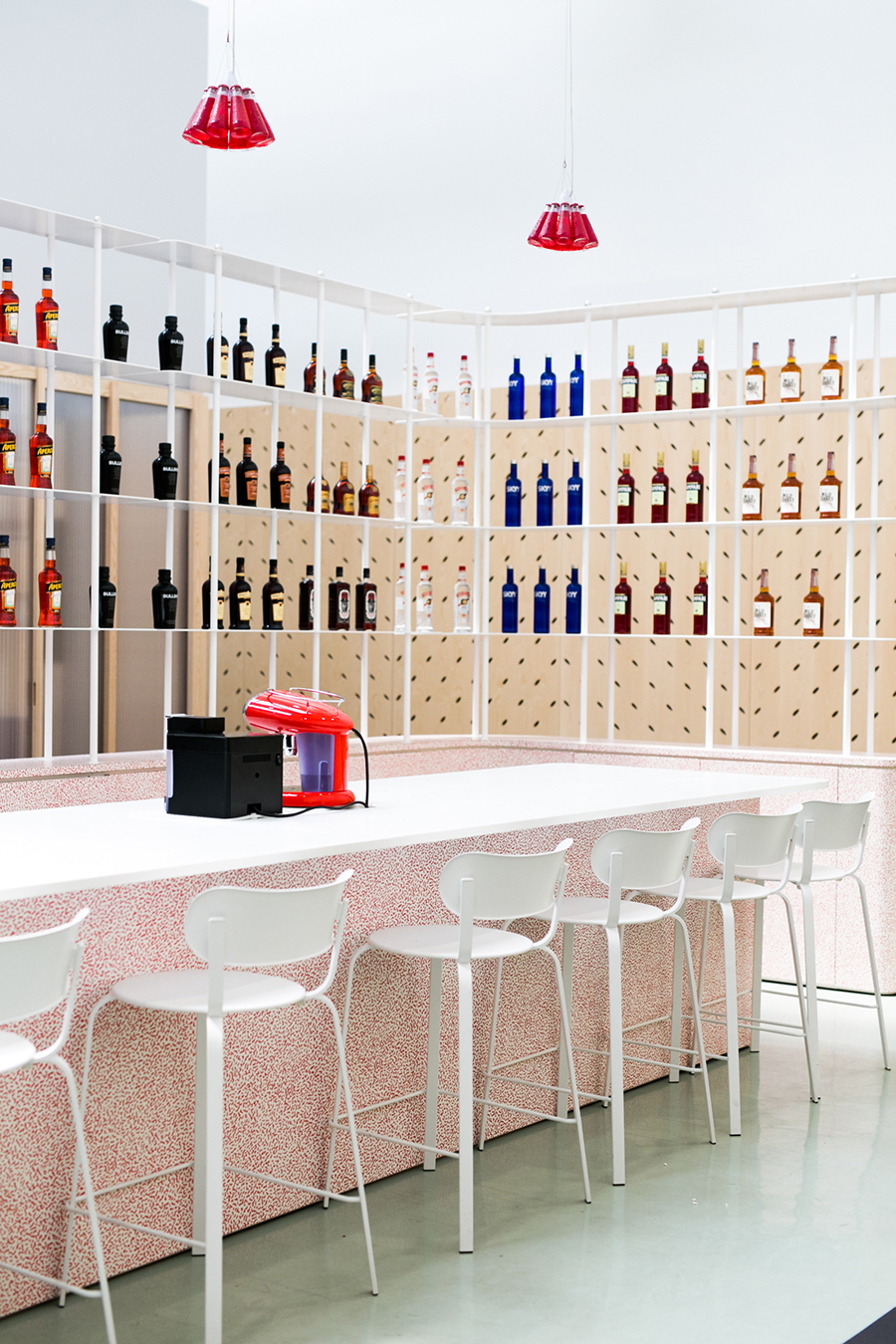