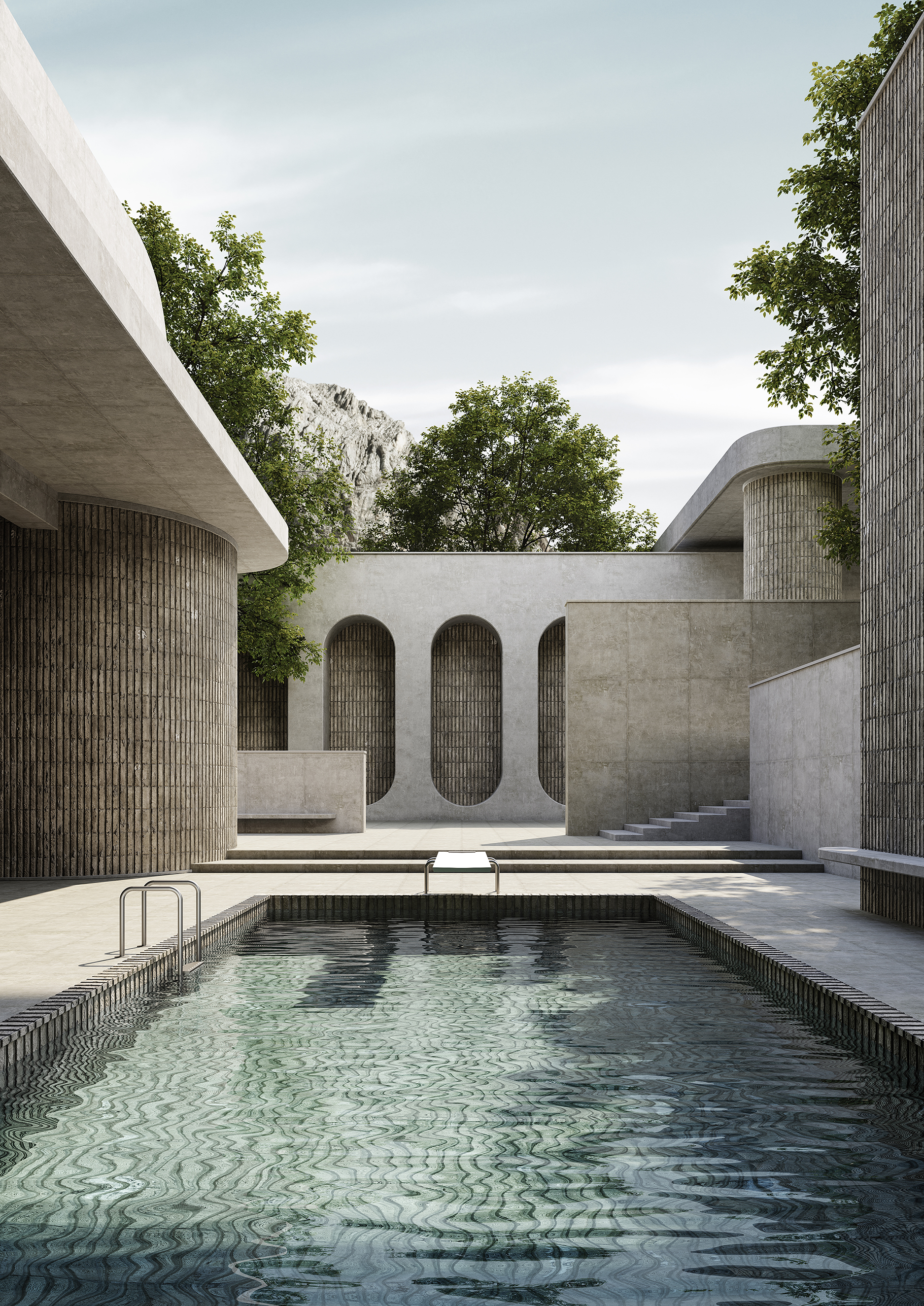 The architectural concept of ‘Brutalism’ has been making somewhat of a comeback in recent times as interest in this structural style and the ideology that underpinned it increases. 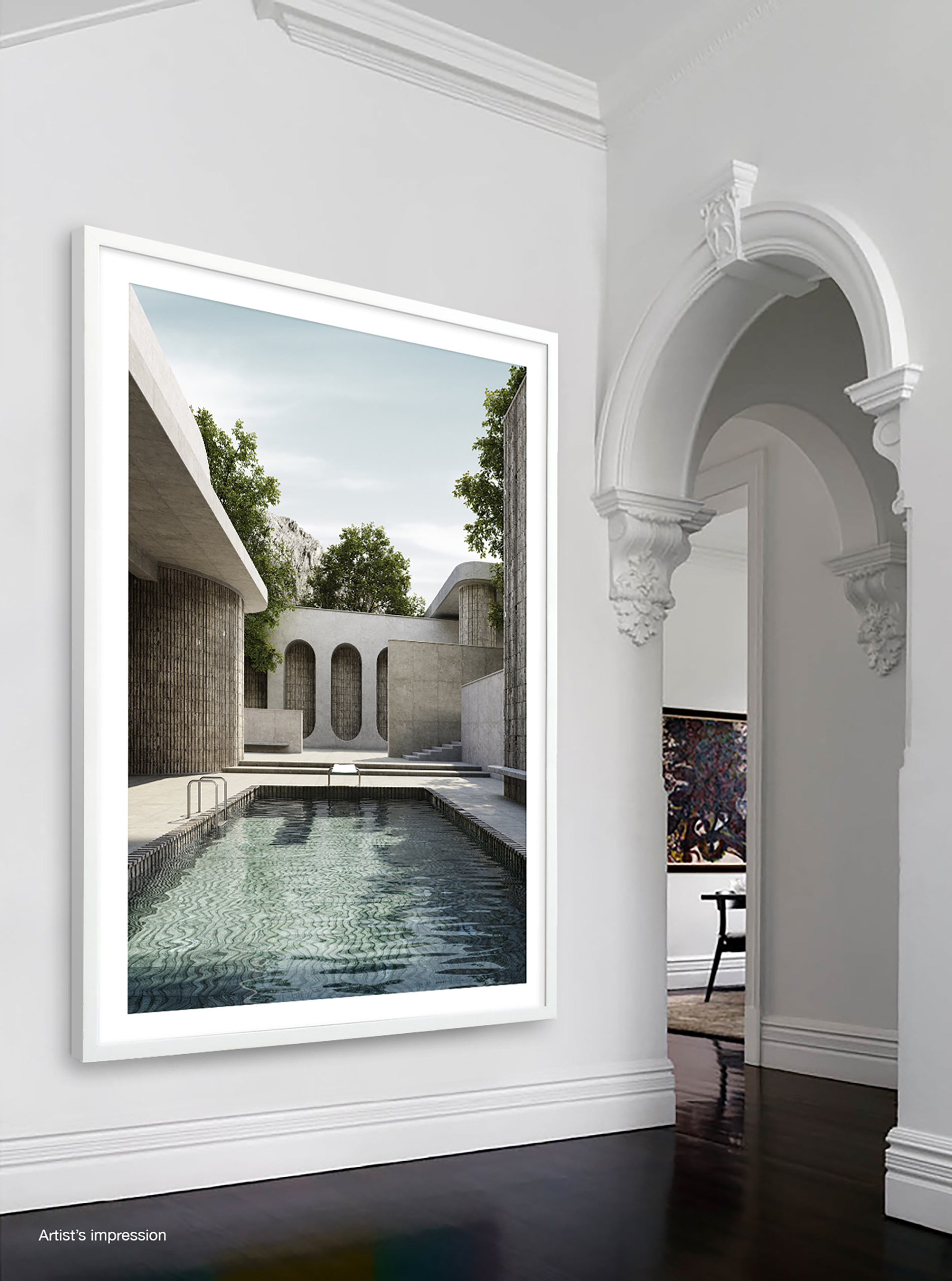 Its dramatic fall from fashionable grace from the early 80’s on, however, led it to become the most reviled structural aesthetic in any urban landscape with few lamenting its demolition and demise. 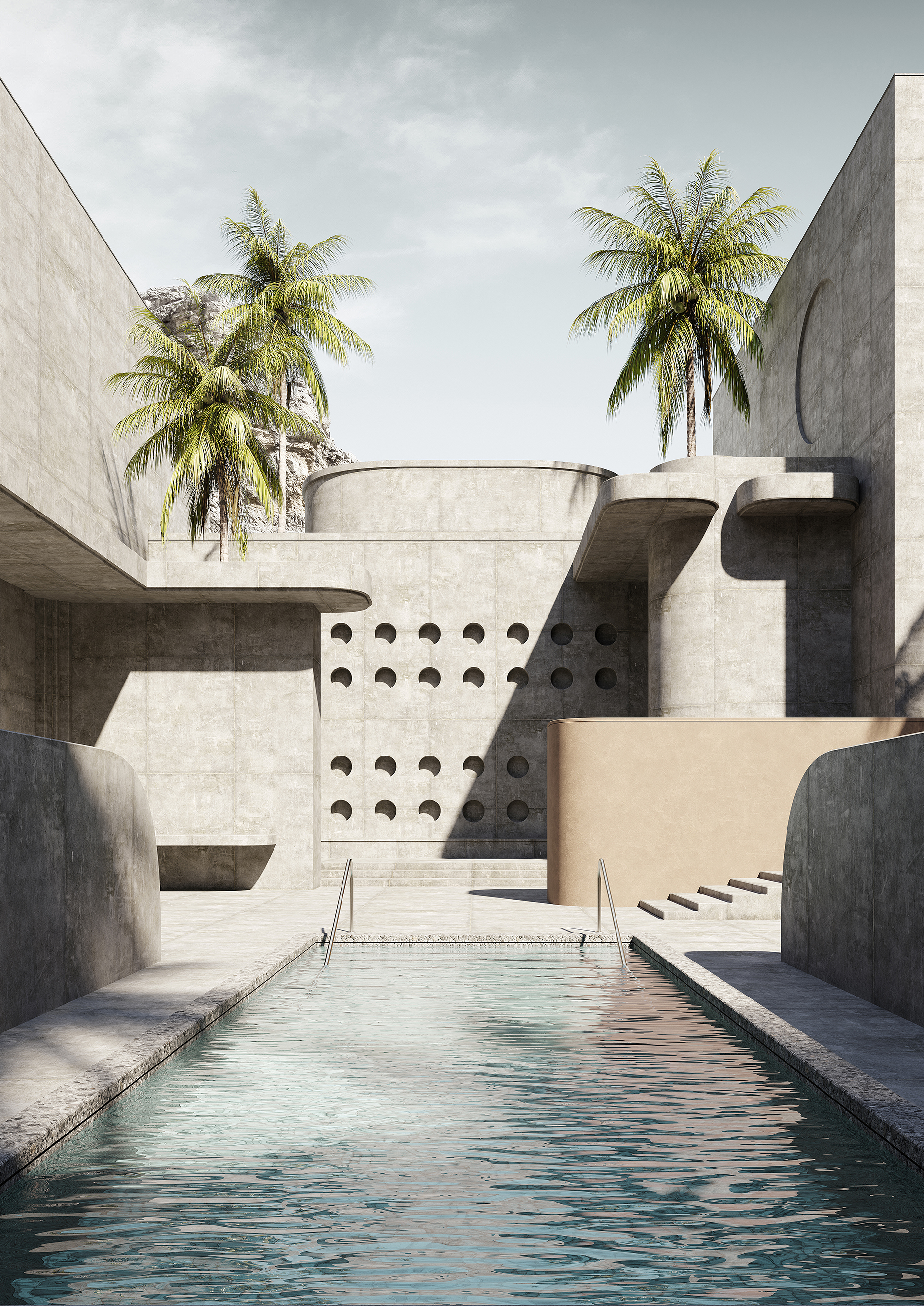 The word ‘Brutalist’ itself interestingly does not derive from its forbidding appearance but rather from the words ‘Béton brut’‘ meaning ‘raw concrete’, and its rise in 1950s post-war Europe stems from the most unimpeachably high-minded principles of social utopianism and as such was the style employed to construct shared institutions like libraries, government buildings, theatres, schools, and affordable housing projects. 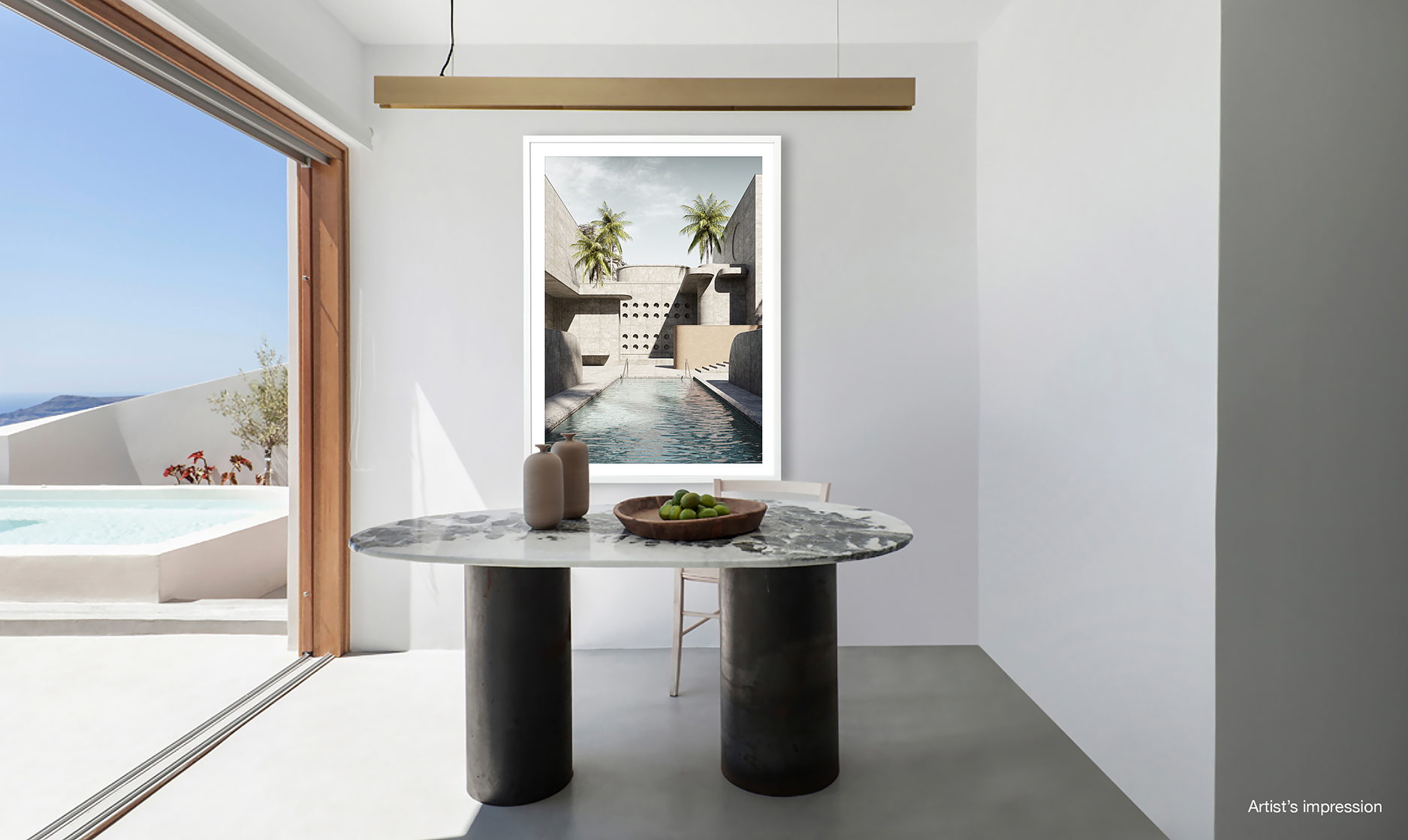 It epitomised a forward-looking confidence in the future and in some ways was the logical conclusion of the modernist ideal which sought to eliminate unnecessary adornment and celebrate the materials of construction themselves; concrete, steel, and glass. But the style fell from favour for several reasons, its austere nature, and its association with totalitarianism, with crime, social deprivation and urban decay and finally because often they simply didn’t age well with crumbling buildings becoming discoloured and damaged. 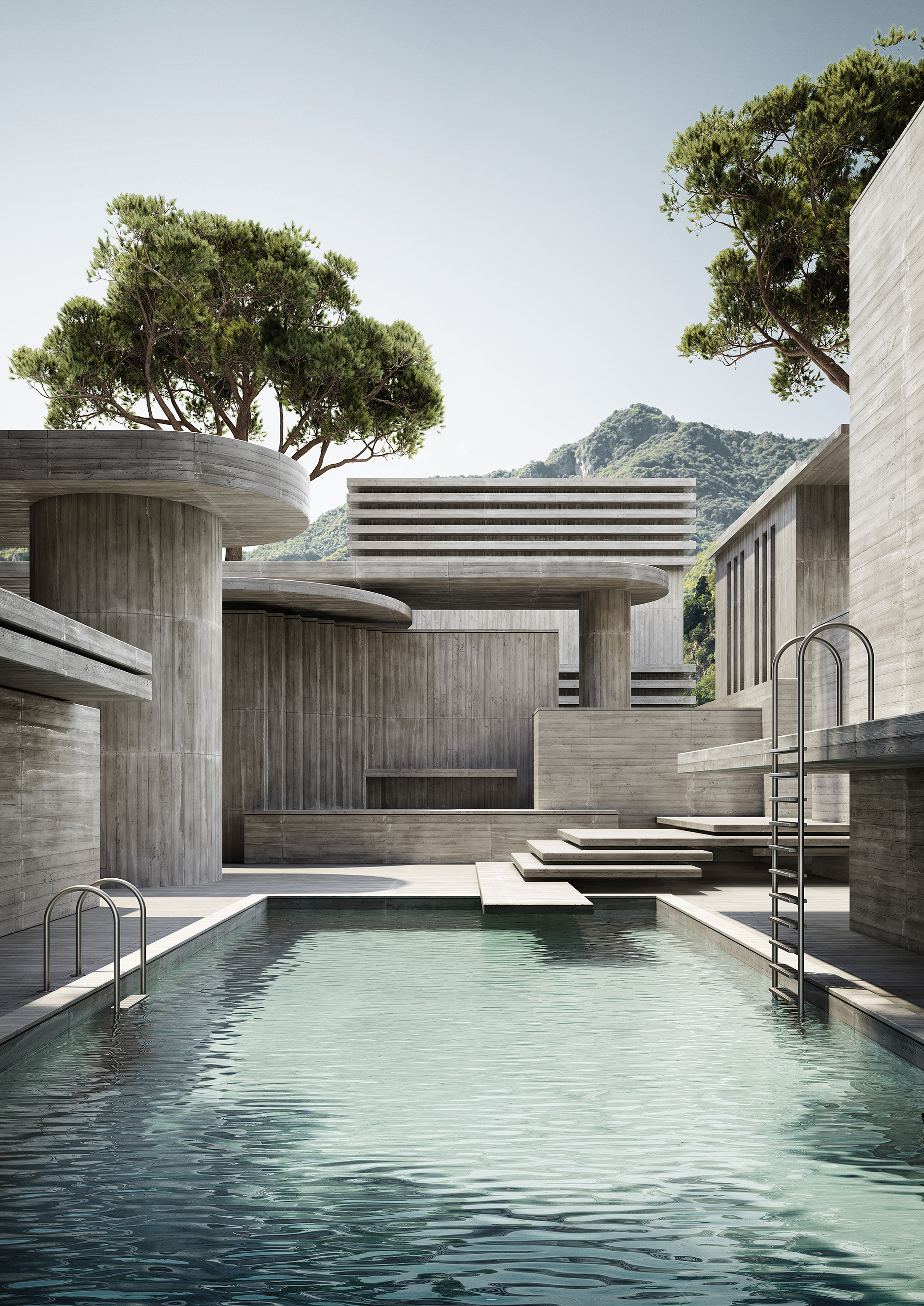 In this series, digital artist Massimo Colonna (Italy) revisits the pool motif from his earlier works and pays homage to the principles of this movement and unabashedly celebrates concrete for its aesthetic value. The austerity of the cool gray concrete in these works is tempered by the form of his construction, smoothed edges, and the considered proportions and texture applied to the surfaces. The artificial here is perfectly balanced by the presence of water, of sky and greenery and creates something inviting, a space or an ideal we want to exist in as we learn to appreciate this movement anew and the lofty principles it represents. 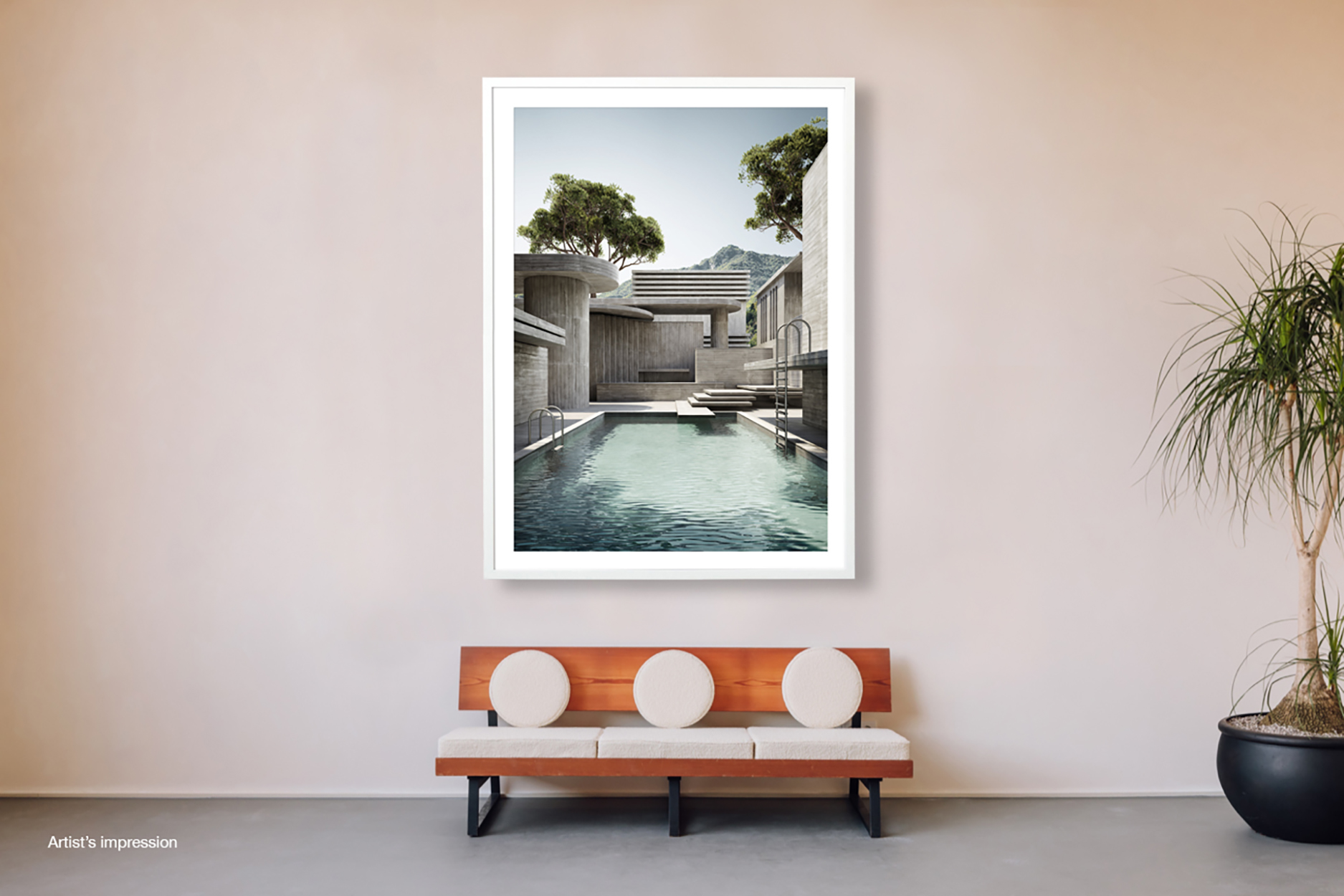