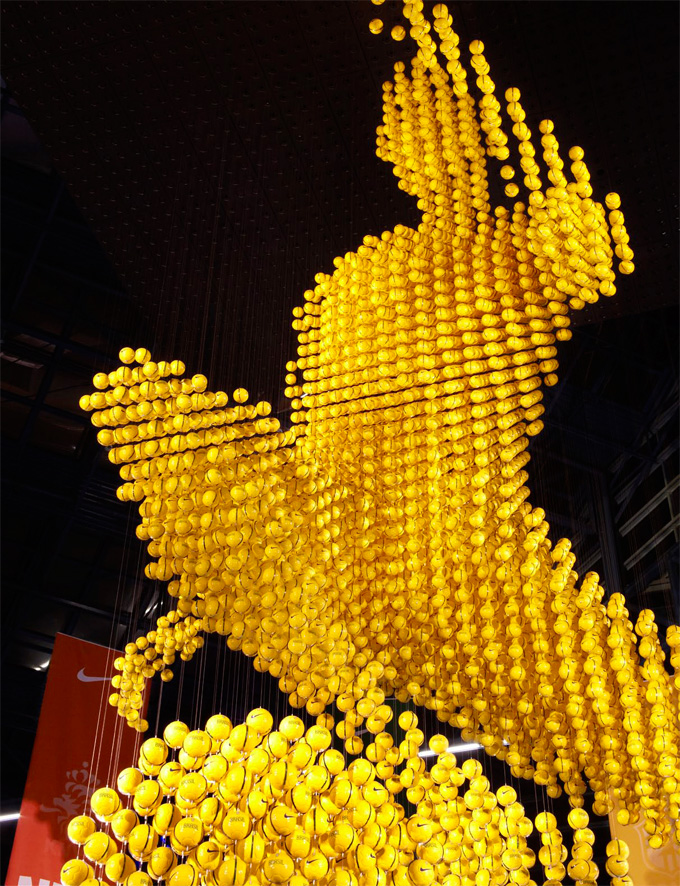 Brands are tapping into the art space and we are, perhaps surprisingly, noticing some pretty awesome art installations as a result. It is a precarious feat for a brand to attempt because it can easily go wrong and have the exact opposite of the desired effect. A branded piece of art can be viewed as too promotional, too gaudy, too imposing and an intrusion into ‘public space.’

But done right, this kind of branded experience can work wonders for a brand and achieve the desired kind of street credo. Of course, brands such as Absolut, BMW, Nike and Adidas have been doing this for years quite effectively. These brands nurture new and up-and-coming artists and also garner huge online buzz for the brand, for the art piece, for the location and for the artist.

We’ve gathered some examples of both branded and non-branded cool public (and private) art in the hope that great branded art will replace the already-so-boring pop-up shops and flash mobs.

Nike’s 20-meter-high, 4.75-ton Ball Man made of 5,500 Brazilian Skill Balls was a huge hit during the FIFA World Cup in South Africa. It was the centerpiece of a Nike installation Carlton Mall Atrium in Johannesburg. Leicester-based Ratcliffe Fowler Design created using a 3d image of Carloz Tevez. The Man was designed so that the balls remained virtually intact and can be donated to the community after the closing of the exhibition in August.

Also at World Cup, Coca Cola took advantage of the Crate Man craze and installed 54-foot CrateFan in Cape town at the Victoria an Albert Waterfront/harbor. It was built of 2,500 Coke bottle crates and weighed 25 tons.

At the BMW Museum in Munich, the Kinetic Sculpture of 714 metal orbs seems to float in space. The orbs hang from thin steel wires attached to individually controlled motors. The orbs animate a 7-minute ‘mechatronic narrative,’ starting from chaotic and settling at the end into the six square-meter ‘flying carpet.’ The installation, developed by Berlin-based ART+ COM is to be ‘metaphorical translation of the process of form-finding in art and design.’ 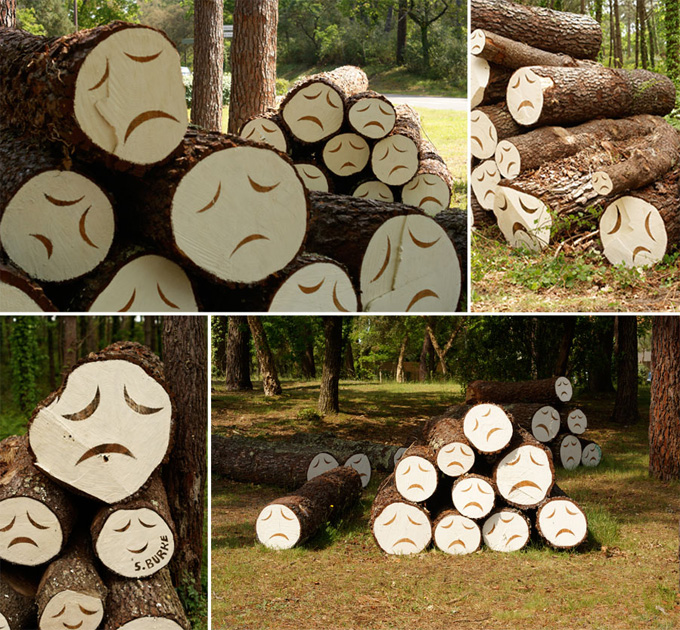 When it is original, fresh and fun, this kind of public art is cool because it creates real viral attention. As actual live pieces, even if seen only online, they are exciting and seem real for the viewers who feel they are sharing it with those who have actually experienced it live.

There are also many ways of enhancing and expanding the live experience with online and on-site kiosk applications. As a way to create viral buzz, brand recognition and positive impressions, they are an effective marketing tool for the brands. – Bill Tikos. 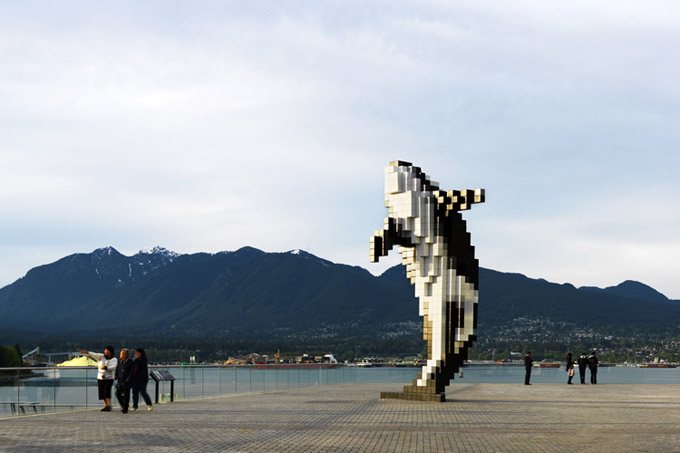 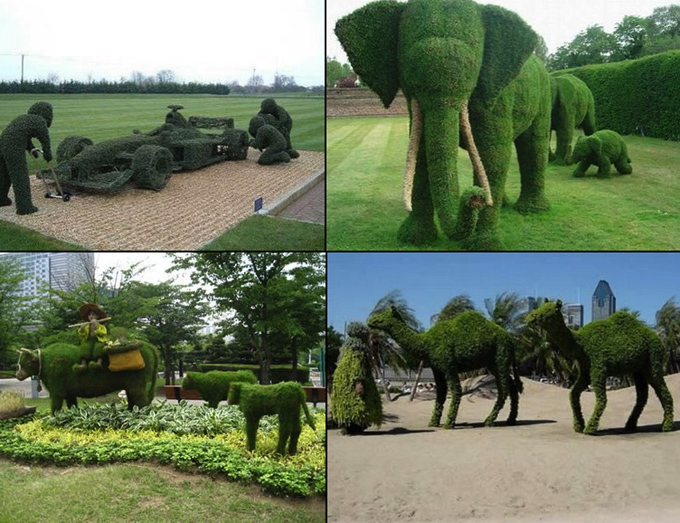 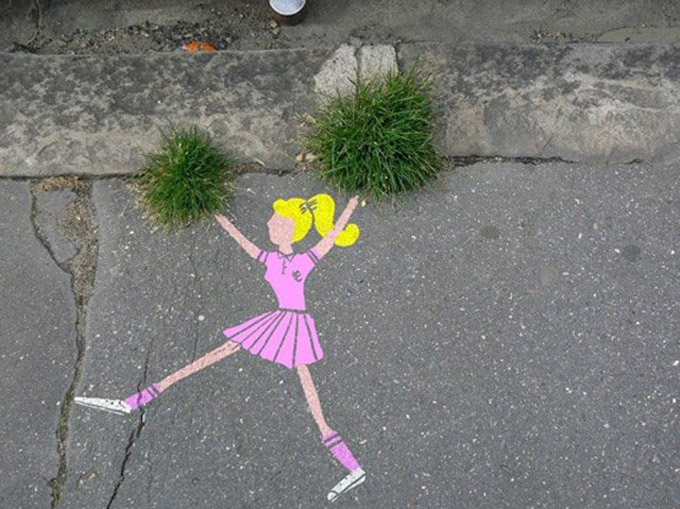 Yes, Advertising can be beautiful