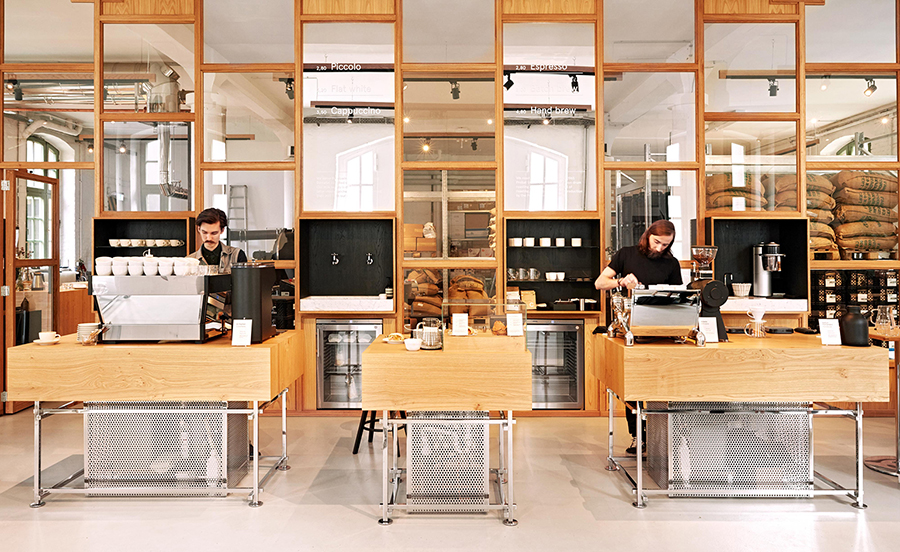 In its new flagship store, at Adalbertstraße 78 in Berlin’s Kreuzberg neighbourhood, Bonanza Roastery Café takes full advantage of the great space in which it is located. 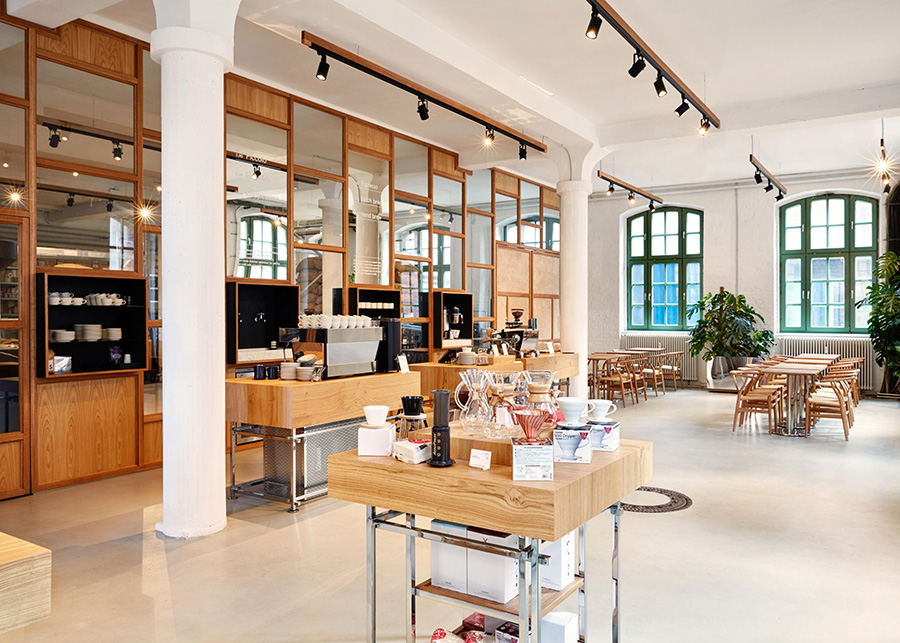 Bonanza’s (formerly Heroes) first shop, at Oderberger Straße in the Penzlauer Berg neighbourhood of the former East Berlin, opened nearly a decade ago. With the first shop, partners Yumi Choi and Kiduk Reus were one of the first to bring the high-end, artisanal coffee roasting, preparing, serving and drinking to Berlin.

One cannot blame the partners for uncontrolled expansion as they have waited for so long to open their second store that is now the flagship. 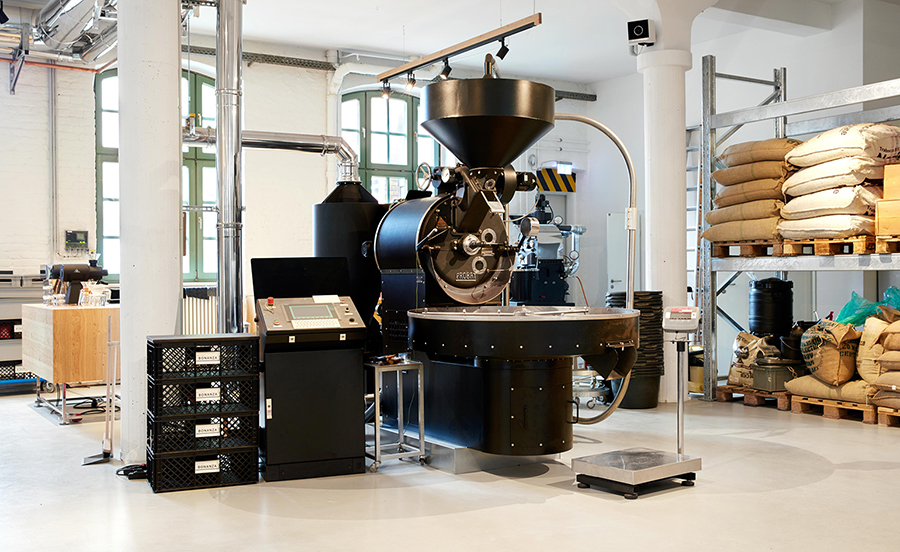 Rotterdam-based interior design and furniture firm Modiste created the open and airy space. They divided the 300 square meter (3,230 Sq.ft.) area into two. A grid wall separates the production and roasting facility from the serving and café area. The wall also houses some of the functional elements, such as dishwashers, boilers and water filters. 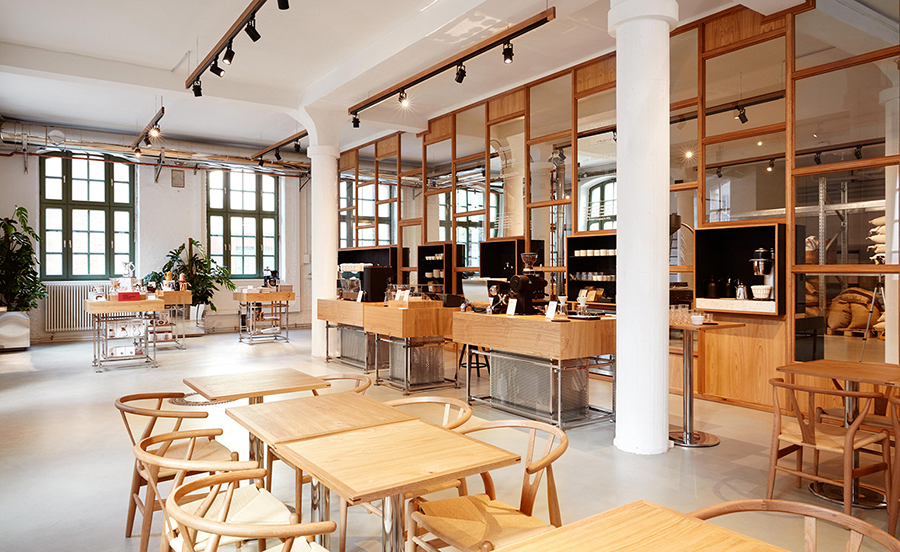 White walls, shapely columns and massive arched windows with green frames give a light and elegant, time-honoured background setting to the roasters, sacks of coffee, wood and metal that otherwise dominate the interior. Tuija Seipell. 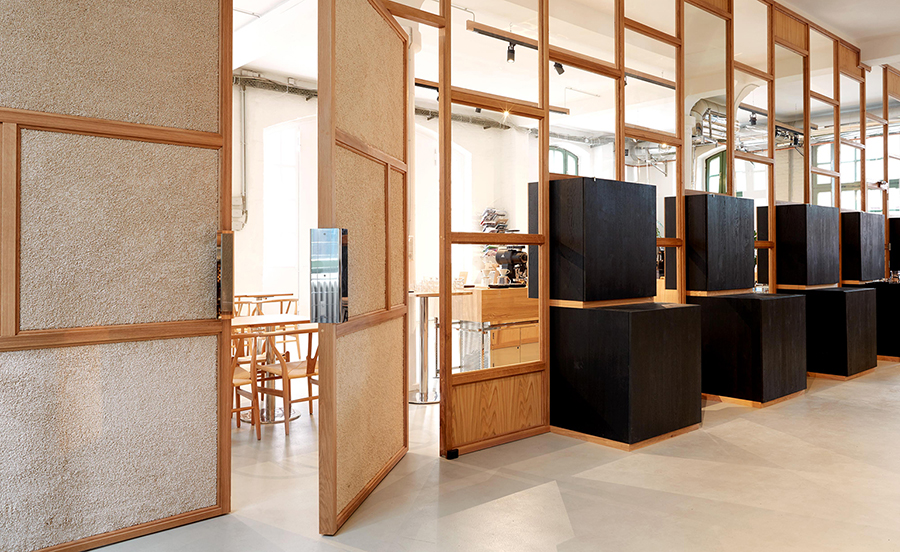