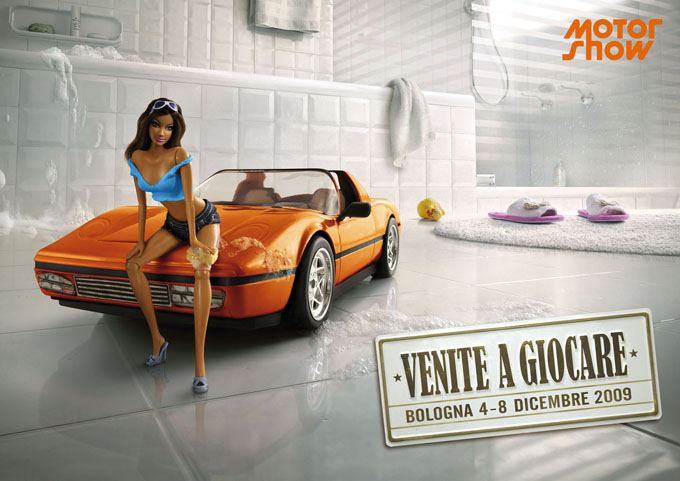 While Italians take cars seriously, it doesn’t mean they cannot have some fun with them. The advertising campaign for the special edition of the Bologna Motor Show 2009 takes full advantage of this. With toys in a retro home playing at taking themselves seriously — including Barbie-like dolls and toy cars and bikes — the advertising campaign pokes fun at the clichés about boys and their toys, hot girls and hot cars. 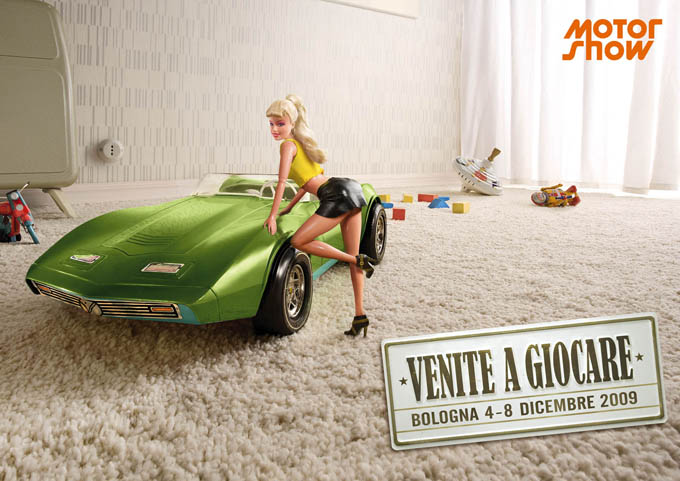 The show’s promo has a reputation of pushing boundaries and being provocative with Milan-based Armando Testa agency having been in charge of the advertising campaign for the past decade. The 2009 campaign — billboards, magazine and newspaper ads, online, TV and radio — was creative directed by Nicola Lampugnani and Francesco Guerrera, with Federica Saraniti Lana’s copy and Nicola Rinaldi’s art. The press campaign was edited by LSD studio. The TV ad was by The Family with Federico Brugia’s direction and music by Ferdinando Arnò. – Tuija Seipell