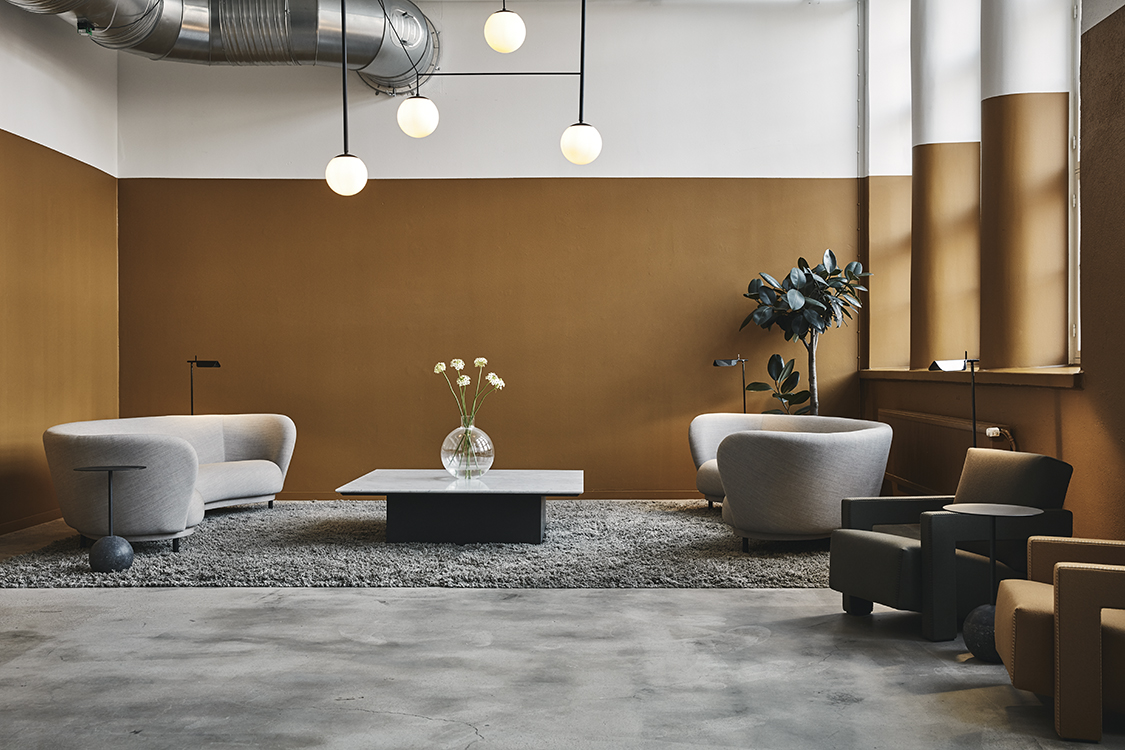 We love it when designers flex their creative muscles in the transformation of spaces from one use to another. New and shiny is great, but there’s always something uniquely compelling and fascinating about an environment that has a history.

Reuse and repurposing took many forms in the case of the office for Helsinki, Finland-based creative agency, Bob the Robot by Helsinki-based interior design firm, Studio Joanna Laajisto. 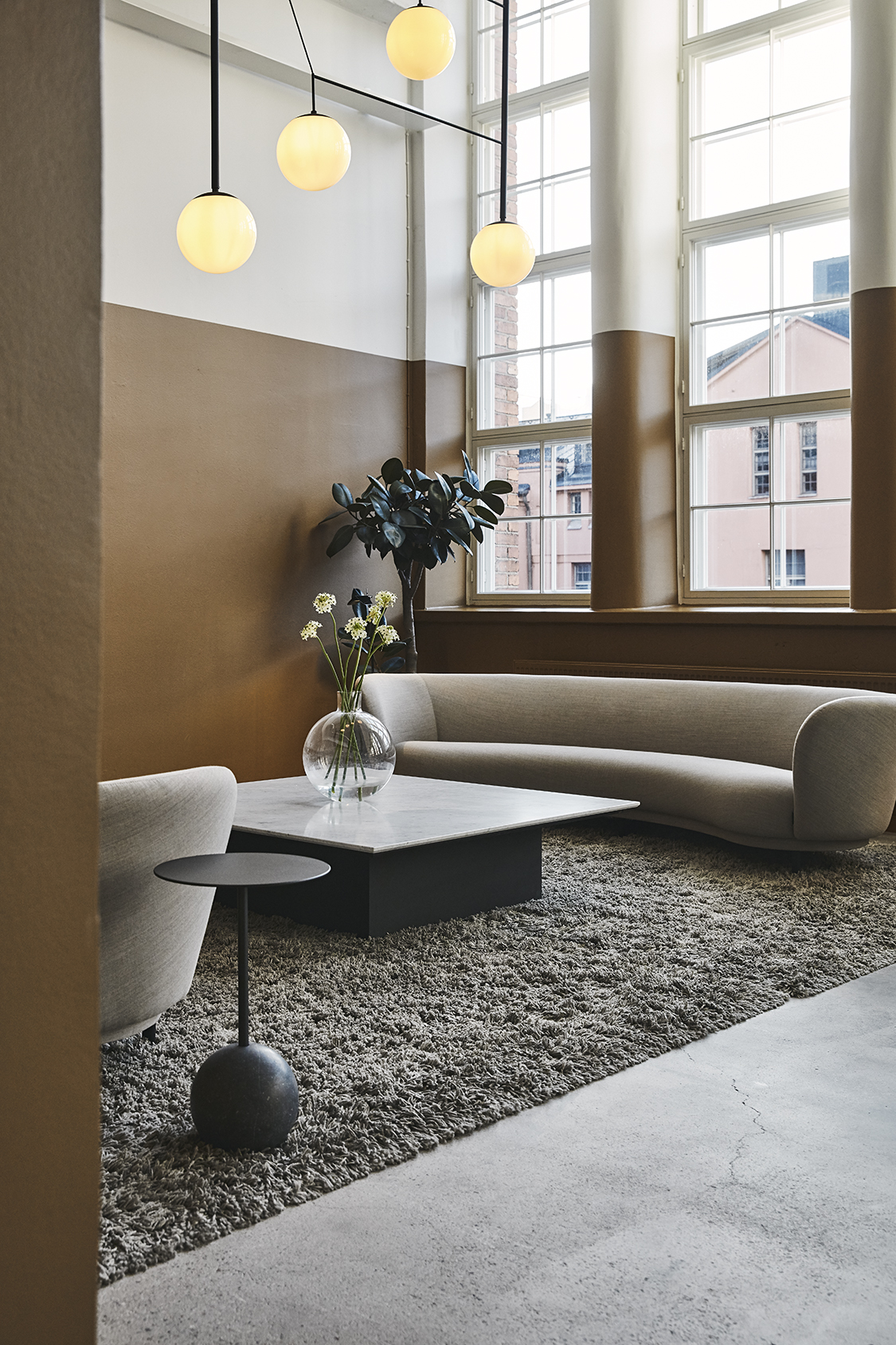 Not only is the office space itself a former bread factory in the Kallio neighbourhood of Helsinki but much of the furniture and several of the materials are also reused.

The brief was to transform the six-meter (almost 20 ft) high, 1,500 square-metre (16,145 sq.ft) open space into something that would feel like a private club, an inviting but exclusive place for clients and staff. 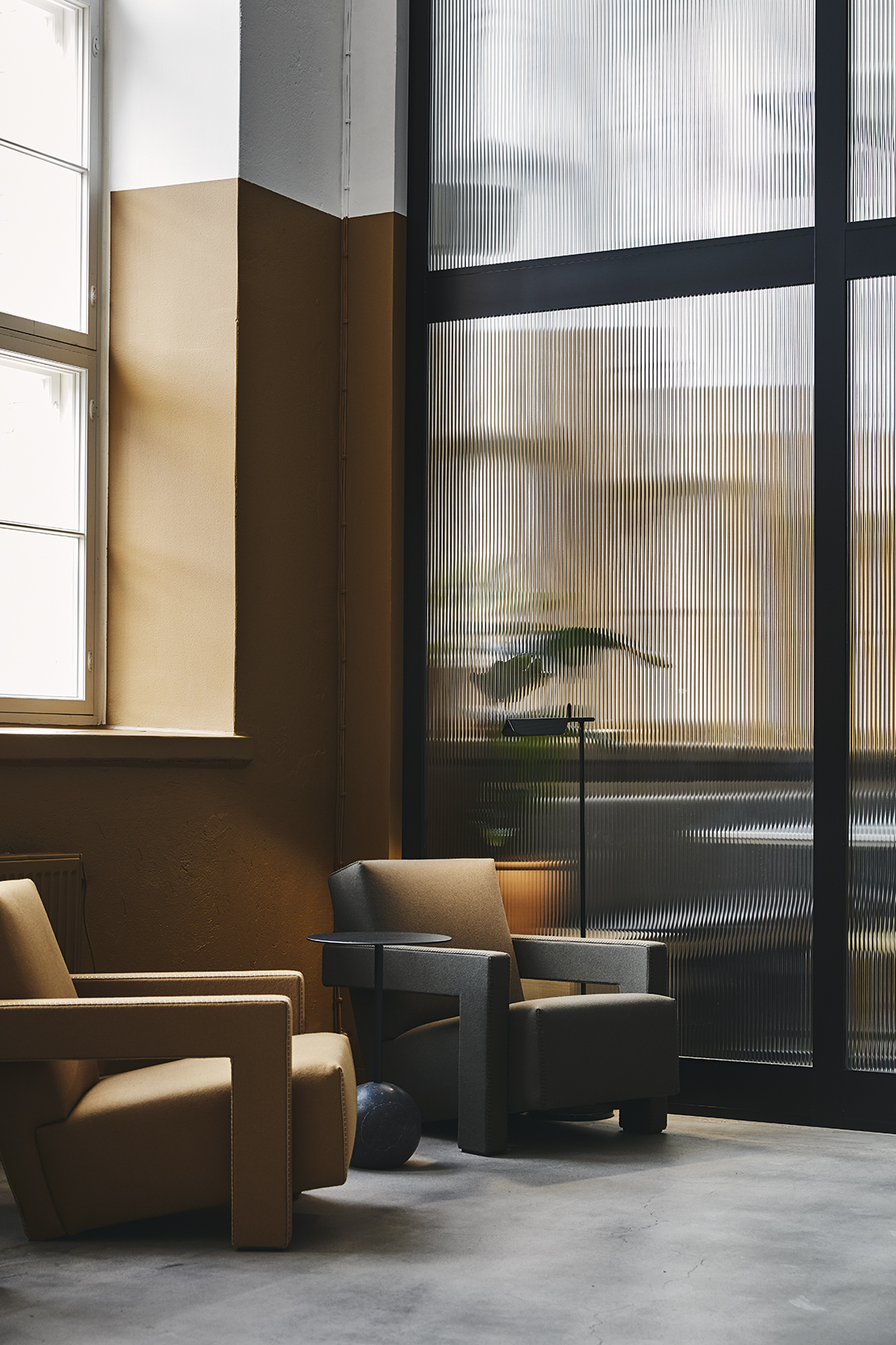 And the designer and client were not thinking about an old, English private men’s club with dark-paneled walls, imposing pricey paintings and heavy leather chairs.

They were thinking much more Scandinavian and democratic. Light colours, homey yet cool furniture, fluffy rugs, potted plants and lots of natural light. 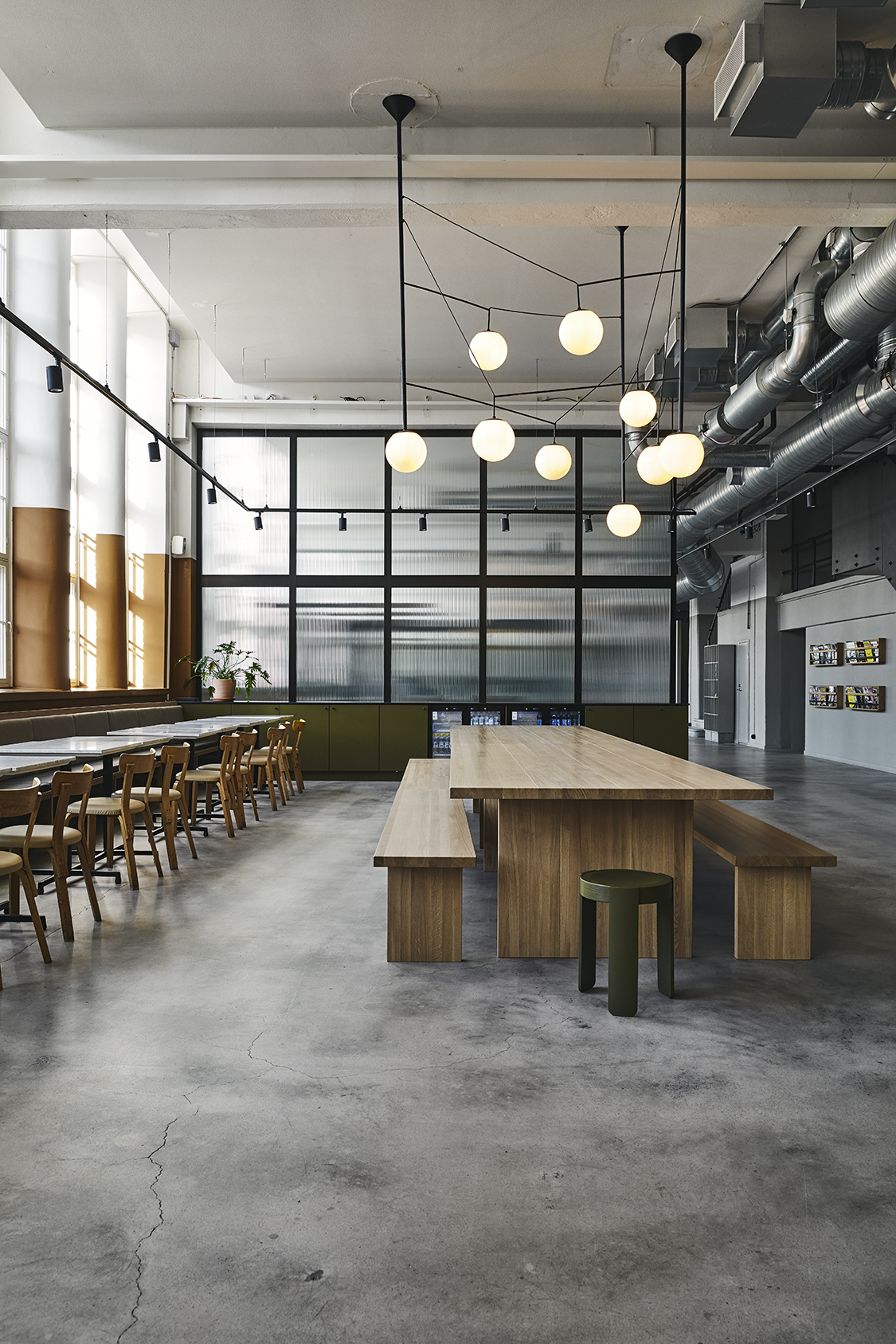 The result is a fresh and inviting open-plan office divided in to public areas, such as the lobby and café and meeting rooms.

The private areas, meant just for employees, are at the back of the space as well as on the second-floor loft in the center. But there are no actual dedicated offices. Every space will be used flexibly, as needed.

In keeping with the history and industrial feel and of the space – and to lower costs – Laajisto’s office sourced ‘slightly defective,’ lower-grade carrara Italian marble to use in several areas, including the stairwell and reception desk. 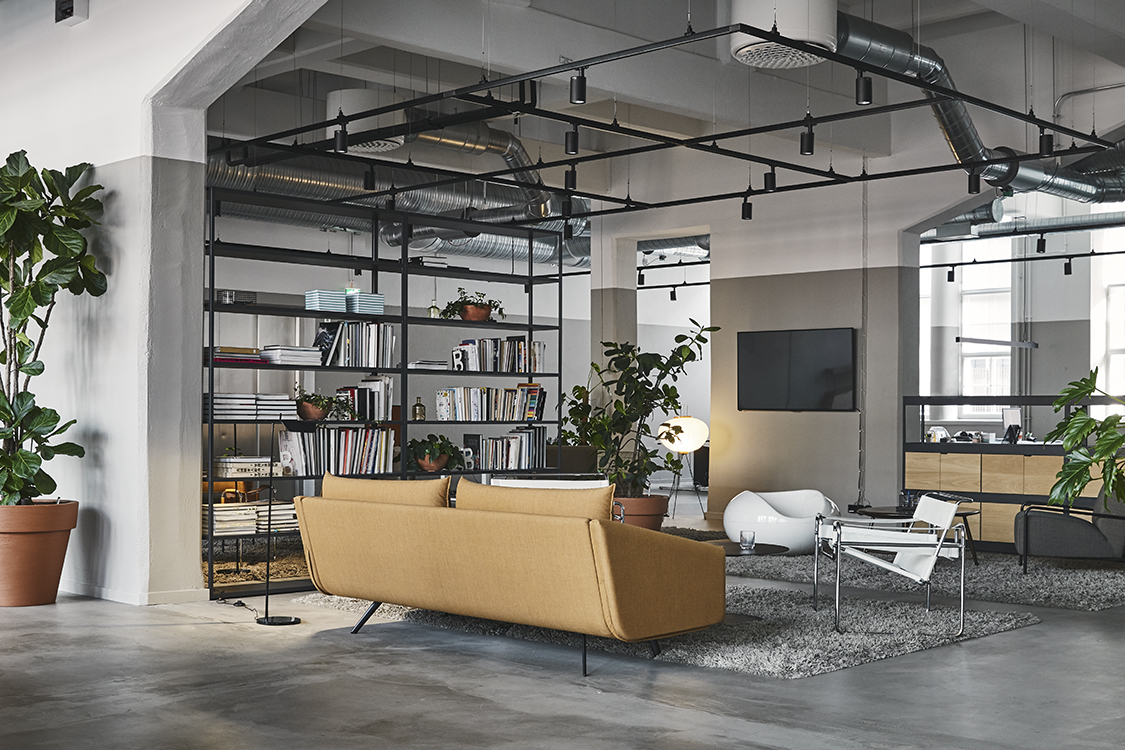 Joanna Laajisto tells The Cool Hunter about the intense search for vintage designer furniture that would still carry significant value and therefore be a good investment but that would not be typical, boring office furniture.

There are also vintage designer pieces in the lounge, including the Pastilli chair by Eero Aarnio and Marcel Brauer’s Wassily chairs. 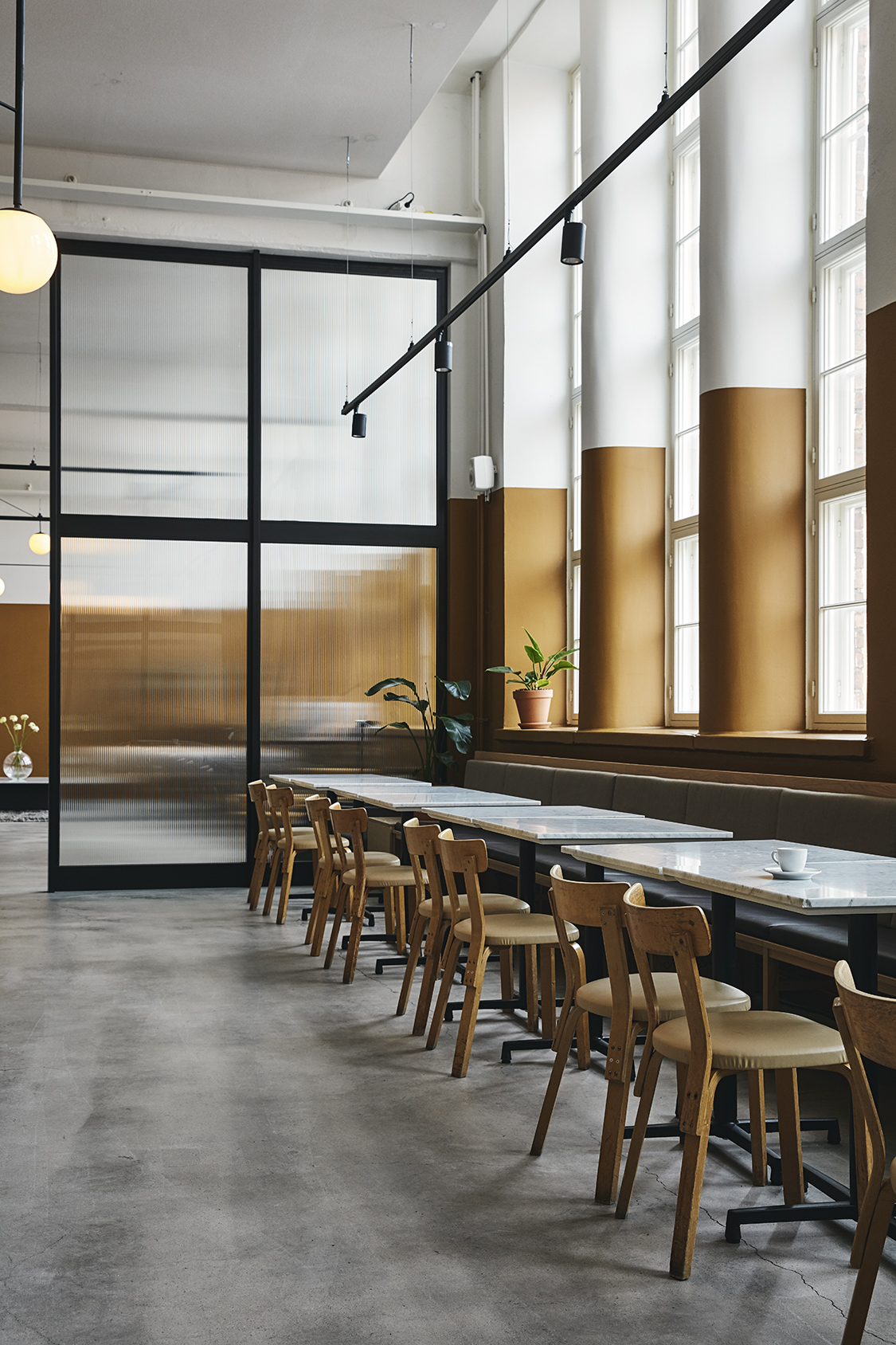 According to Laajisto, everything that was bought new for the office was also to be of high quality so that it would be an investment for the future. “For example, the lobby Cassina chairs are new as well as the Massproductions sofas and Friends and Founders side tables,” she says.

“The interior lounge sofas and chaise lounge from Stua are also new as are the lounge meeting room sofa from Gubi and Tapiovaara lounge chairs.” 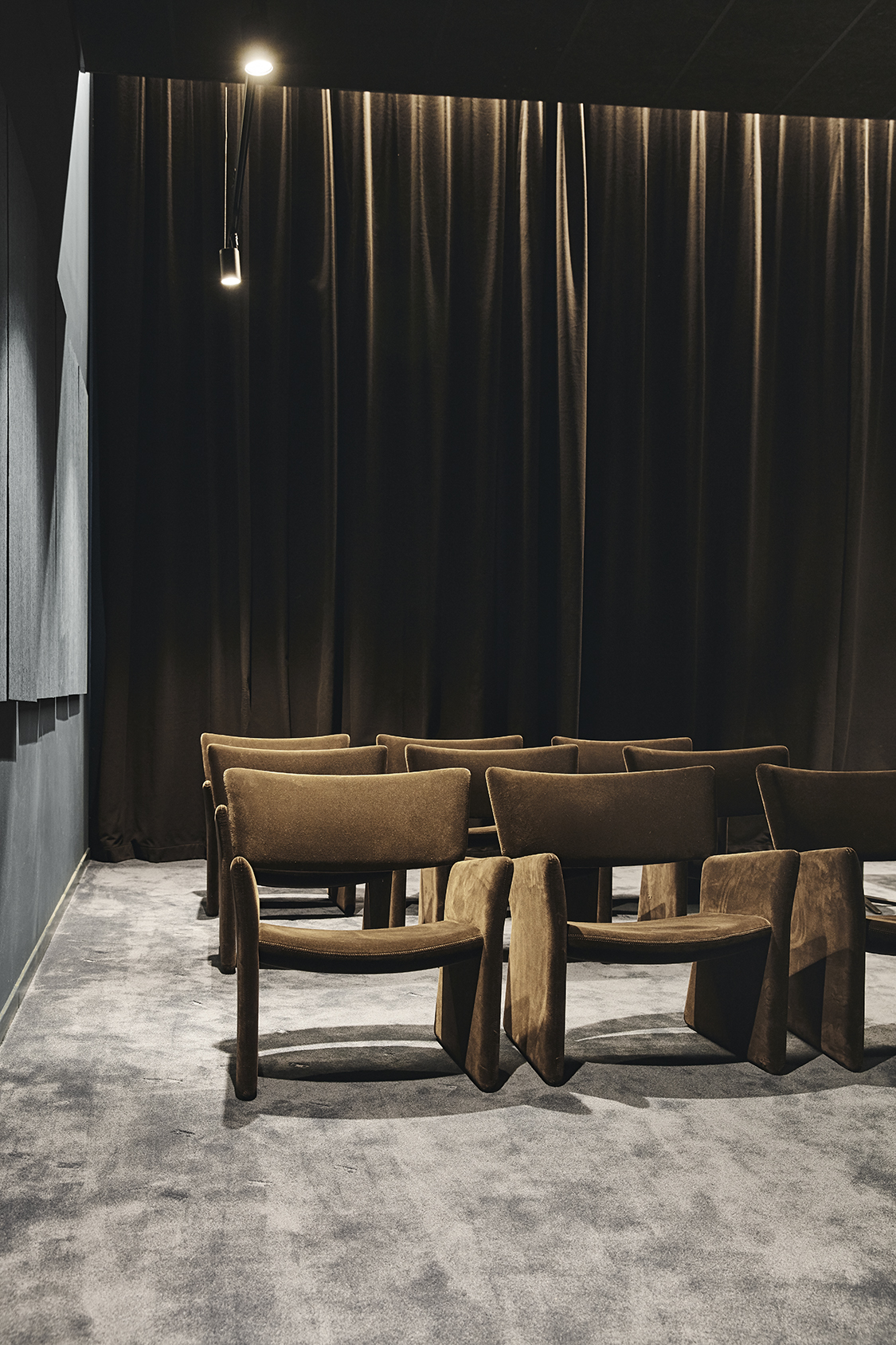 The overall feel of the office is light and fresh as well as warm and inviting.  With the vintage components and homey details, the previously cavernous industrial hall has been transformed into a working space that already now looks lived-in –  in the best possible way. Tuija Seipell 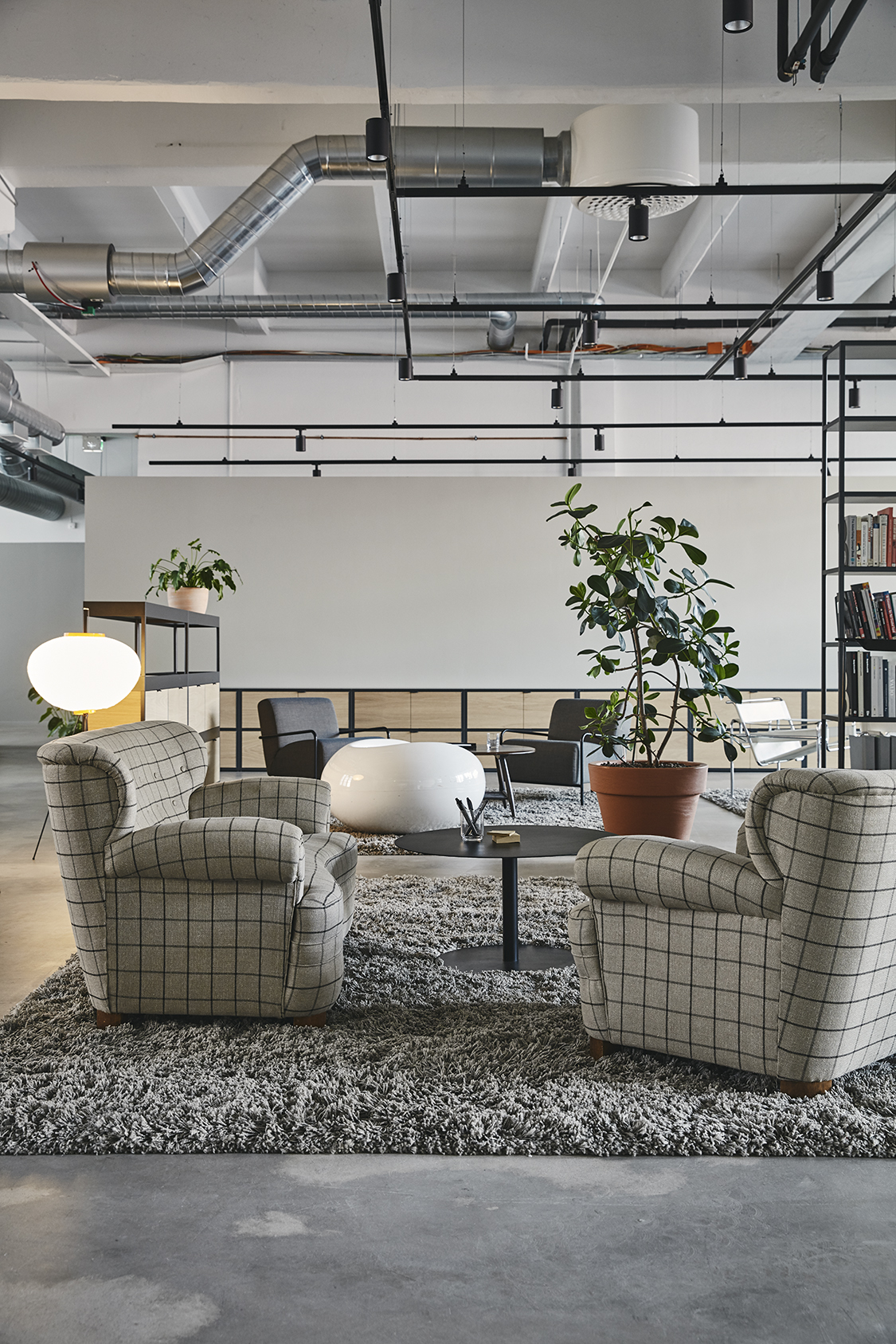