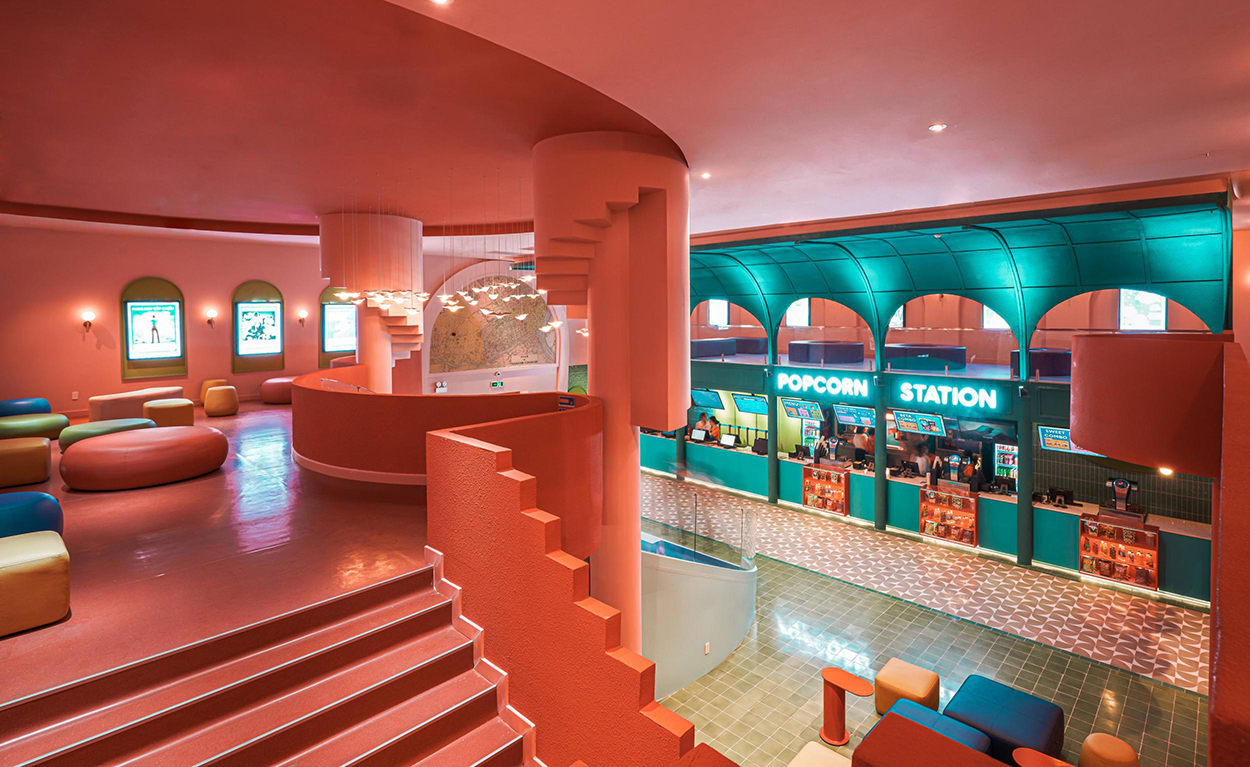 According to Jade Kim Nguyen, co-founder and CEO of design firm Module K, Vietnamese movie theatres have thrived in recent years in part because they offer a social experience. She has said that in Vietnam millennials and gen Z don’t go to the cinema just to watch a movie, they go in a group to hang out, to talk and spend an evening together. In short, movie theatres are, or need to become, destinations. 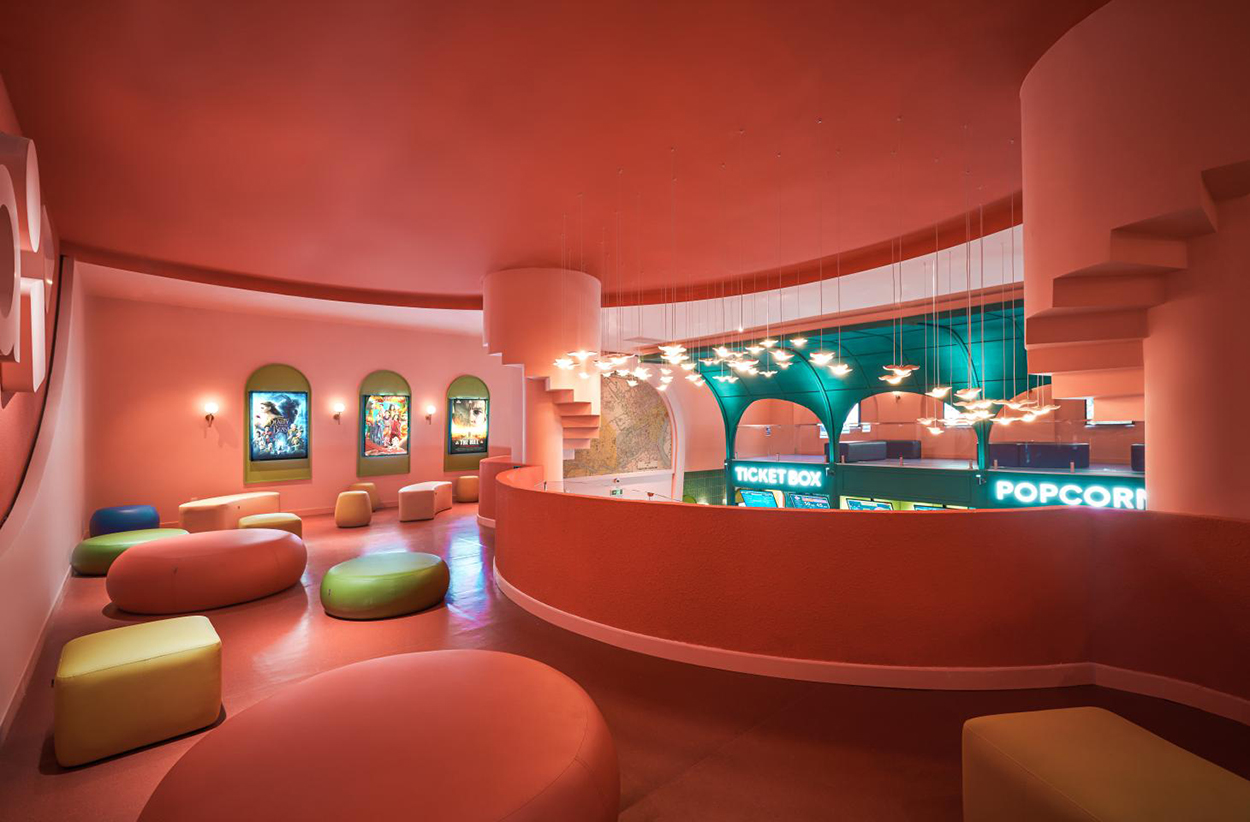 A millennial herself, Jade Nguyen knows what she talks about, and a recent movie multiplex project in the firm’s home base of Ho Chi Minh City (HCMC aka Saigon) indicates that her clients think so as well. Module K, the design firm she co-founded with Nguyen Anh Huy in 2015, beat 30 other firms to design Beta Cinema Quang Trung, the Vietnamese Beta Group’s first movie theatre in southern Vietnam. 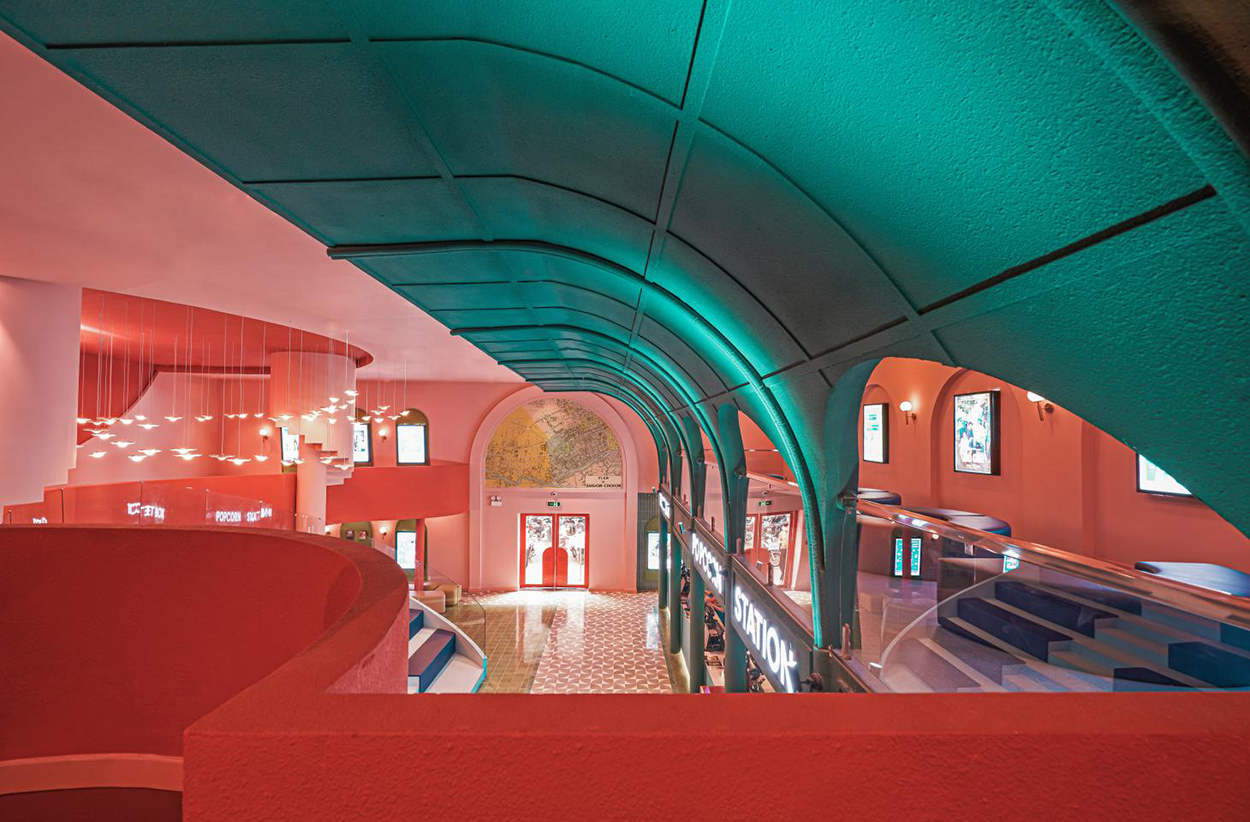 Minh Bui, the founder and CEO of Beta Group and also a millennial himself, wanted the movie complex to attract younger audiences and to be a destination for their evenings together, but he also wanted the design of the theatre to reflect pride in the landmarks of old Saigon. Module K reports that Minh Bui described his reasons for selecting Module K saying that “Module K’s strong design response and their passion made a big impact and matched our own.” 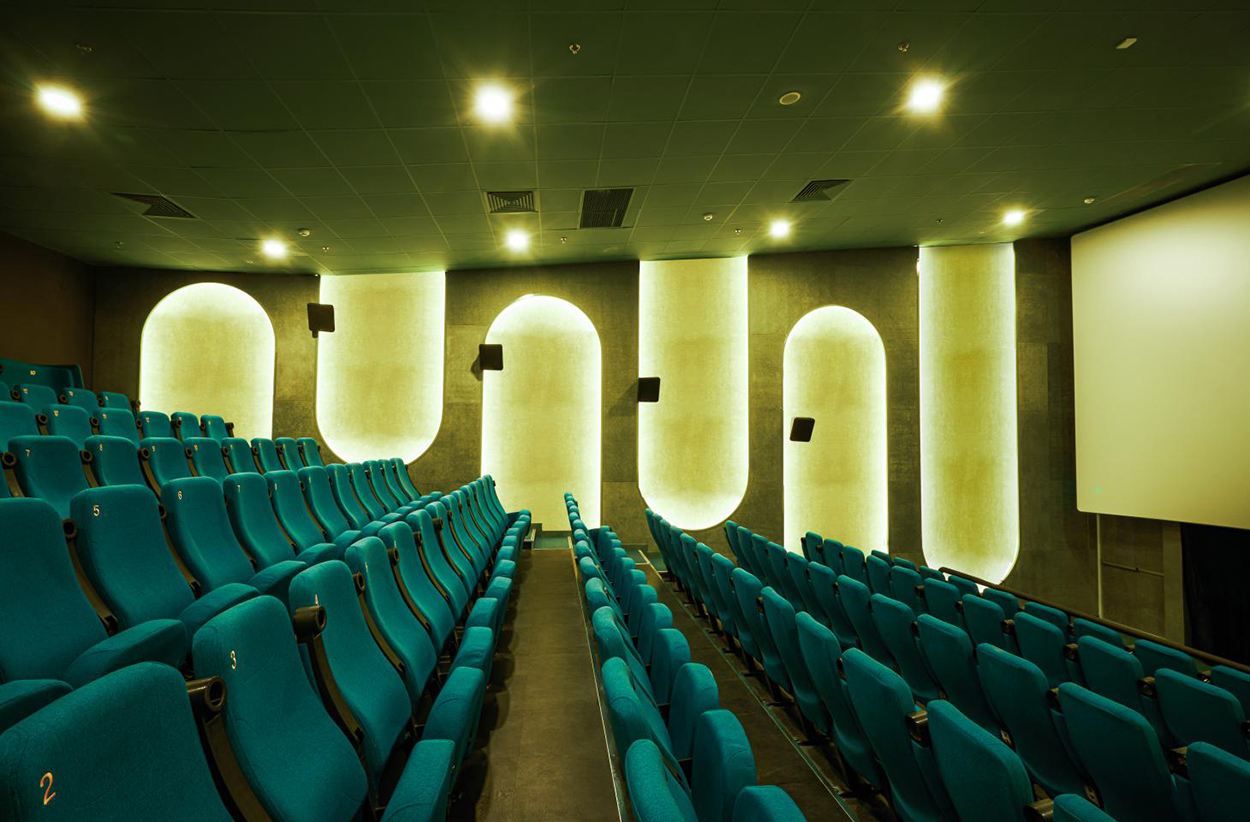 The seven-theatre, 1,000-seat complex opened earlier this year occupies 2,000 square metres (21,500 sq.ft) on the ground floor of an existing shopping centre at 645 Quang Trung in the Go Vap district of HCMC.

To appeal to younger audiences and their Instagram accounts the complex has a happy and funky retro feel. It certainly is doing more than merely serving as a place for movie posters, popcorn sales and movies. The designers have channelled several of old Saigon’s architectural landmarks in an art-deco/art-nouveau minimalist, two-dimensional style employing bright and bold pastelly colours of flamingo pink, peachy orange, turquoise and aqua. 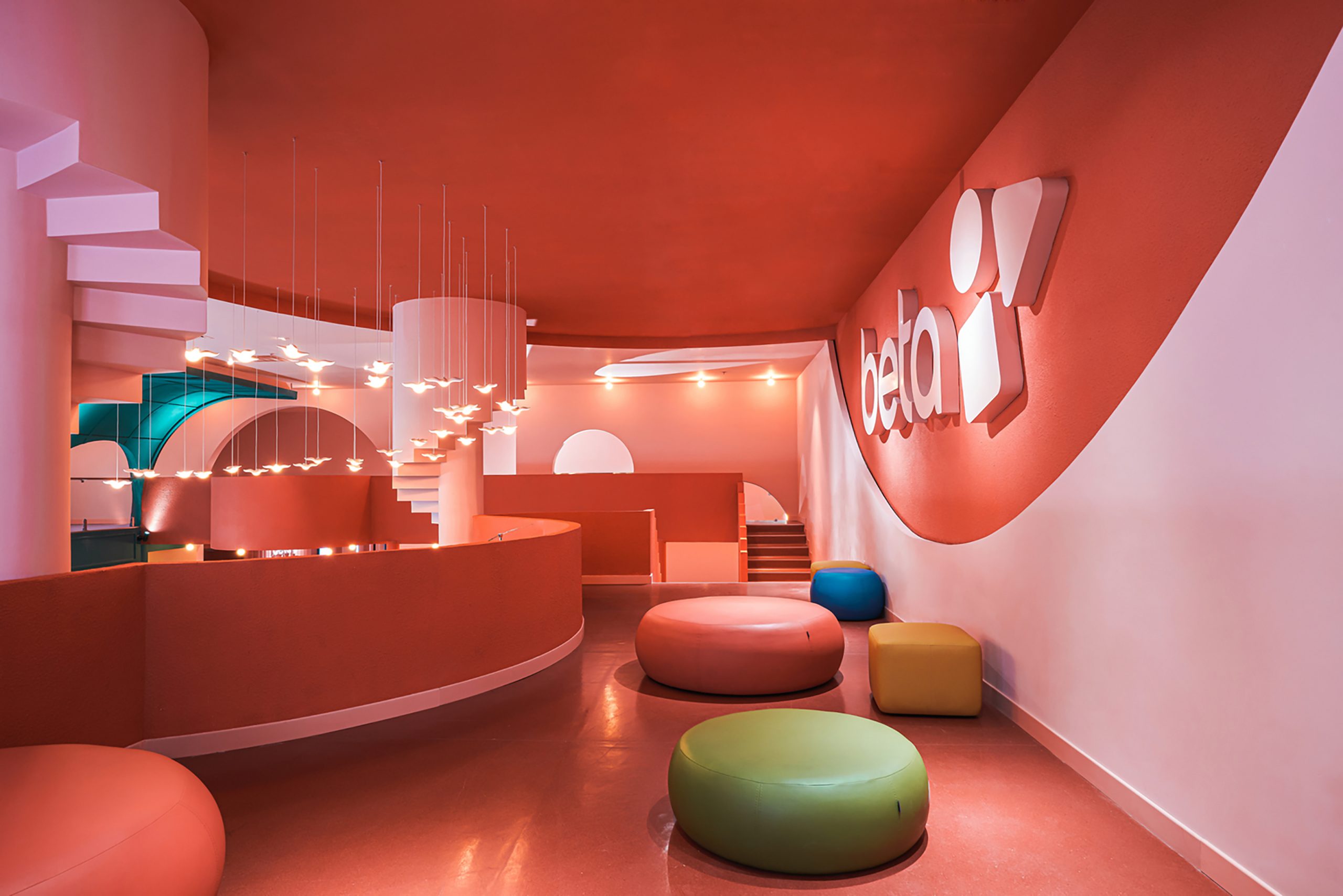 The designers paid homage to the 19th century city of Marie-Alfred Foulhoux, the beaux-arts-trained chief architect of French-occupied Saigon, but they refreshed the historic vibe by infusing it with modern urban buzz. Nguyen recognizes that many of the younger movie-goers will probably not even recognize the nods to the architectural landmarks but they are there nevertheless for those who wish to see them.

The arches of the complex echo the arched façade of Saigon Municipal Opera House – also known as Municipal Theatre of Ho Chi Minh City. It was designed in French colonial style by French architect Eugene Ferret as Opera de Saigon and shaped like the Opera Garnier in Paris. Flying pigeons ubiquitous around the Opera make an appearance in the movie theatre in the form of custom-designed pendant LED lights. 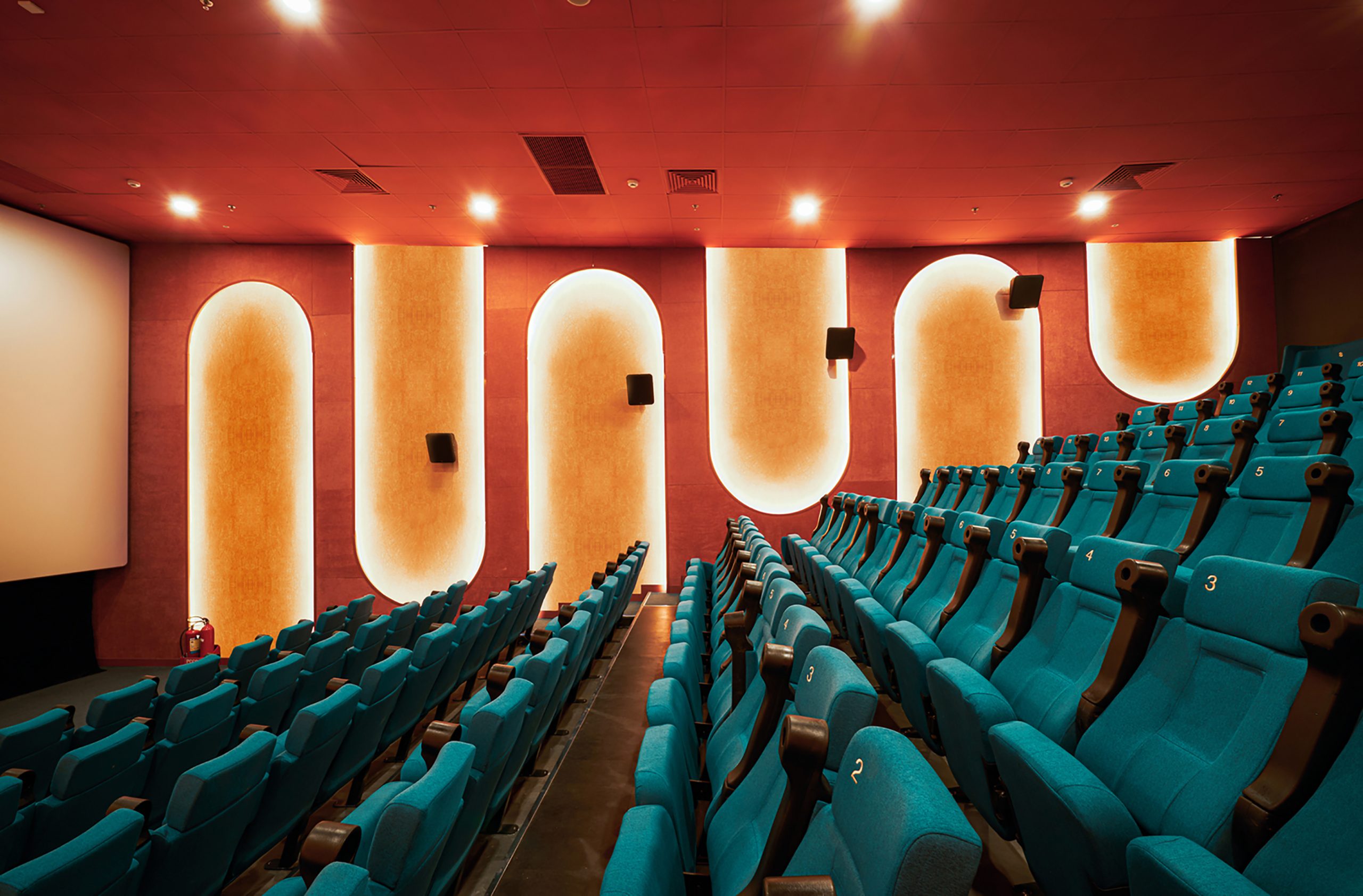 The double-height entrance hall of Beta Cinema reflects the city’s Central Post office recognized for its vaulted ceilings and unusual architecture of gothic, renaissance and French influences. It was designed by Alfred Foulhox himself and constructed in the late 19th century when Vietnam was part of French Indochina. 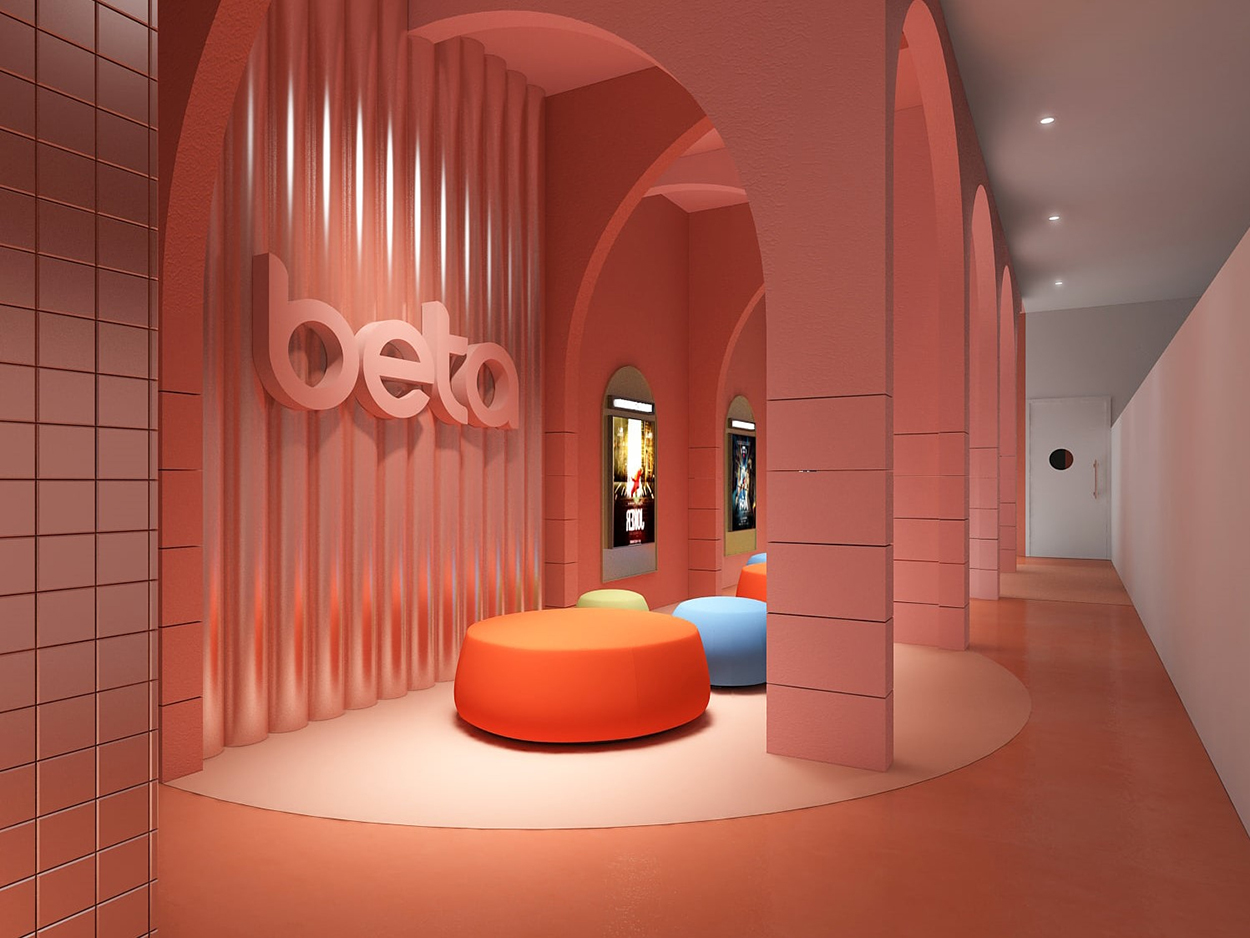 The influences of the pastel pink and white interior of Tan Dinh Church, nicknamed aptly “the pink church” are also visible in the cinema especially in its asymmetrical columns. The church dates back to the colonial period with a mix of styles from neo-Romanesque to neo-Gothic and neo-Renaissance. The colourful ticket counters and snack stands in Beta Cinema channel the riot of colours in the stalls of city’s largest market, the Ben Thahn, that sell everything from food to fabrics, souvenirs and handicraft. 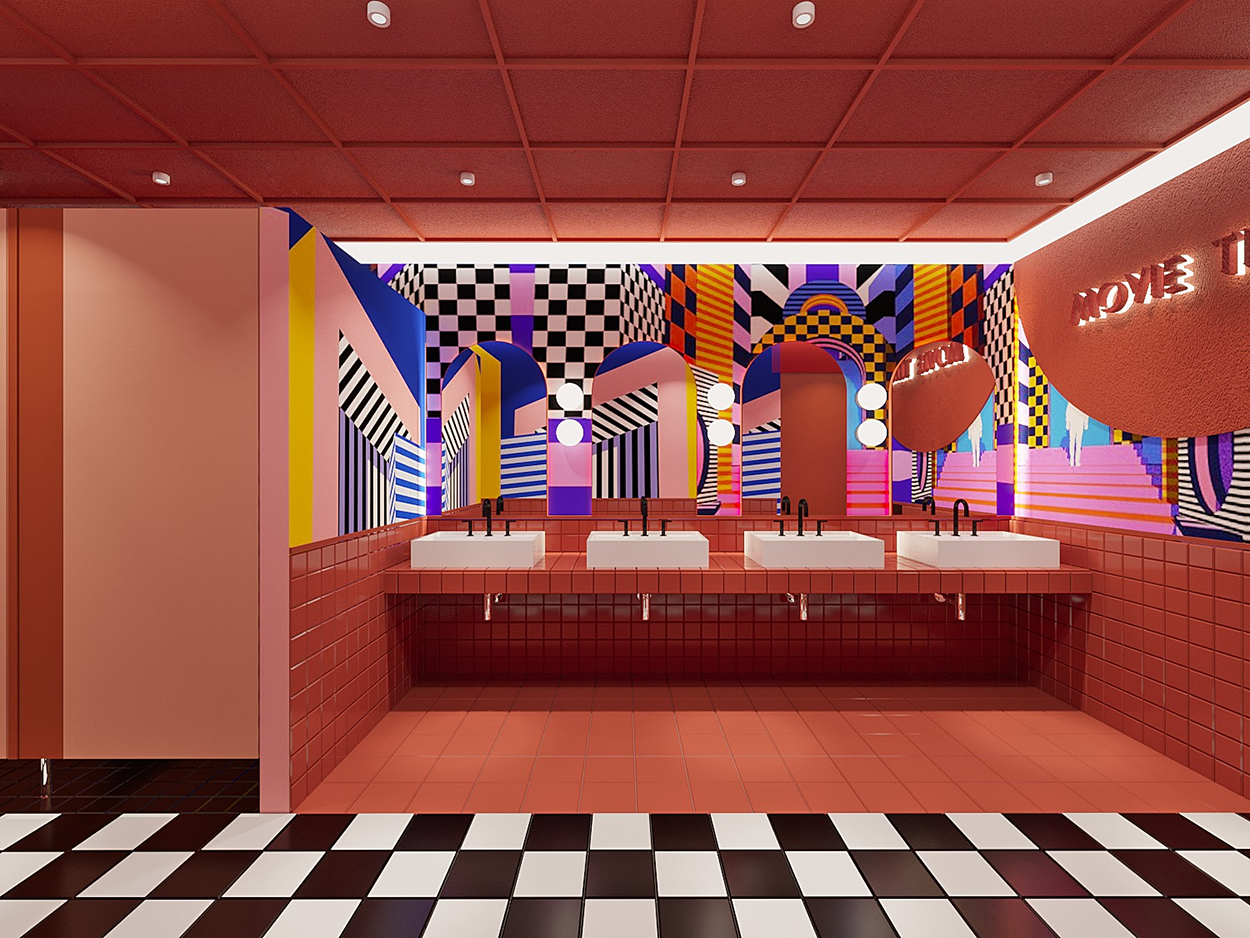 With its 20 cinemas in northern Vietnam Beta Group is now actively expanding in the south. After completing Beta Cinema Quang Trung under budget and in just 35 days, Module K has been engaged to design also Beta Cinema Phú Quốc on Vietnam’s largest island. Hanoi-born, Harvard-educated Minh Bui is expanding Beta Media, the movie arm of his Beta Group that also includes food and beverage concepts, into film production and distribution. Tuija Seipell 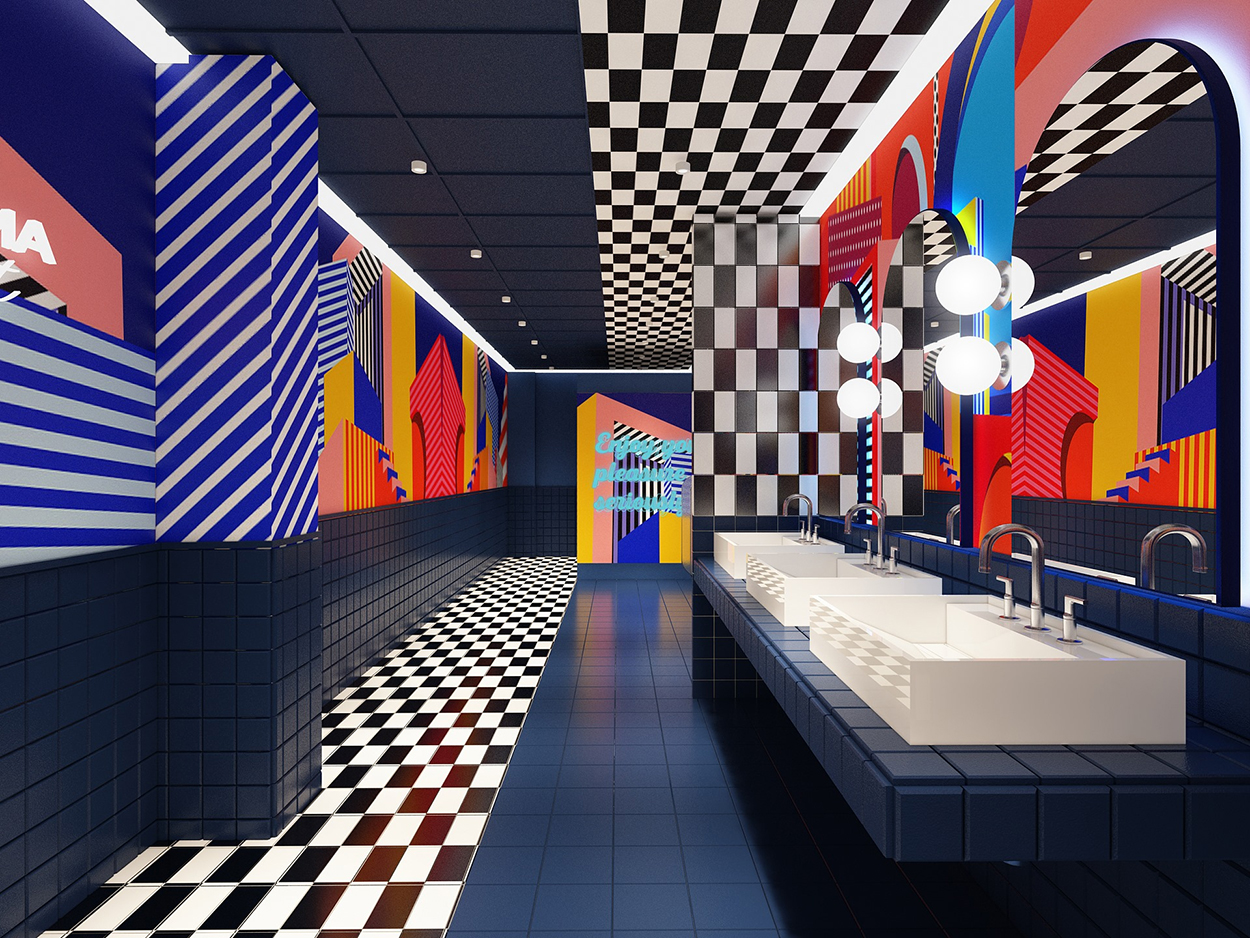