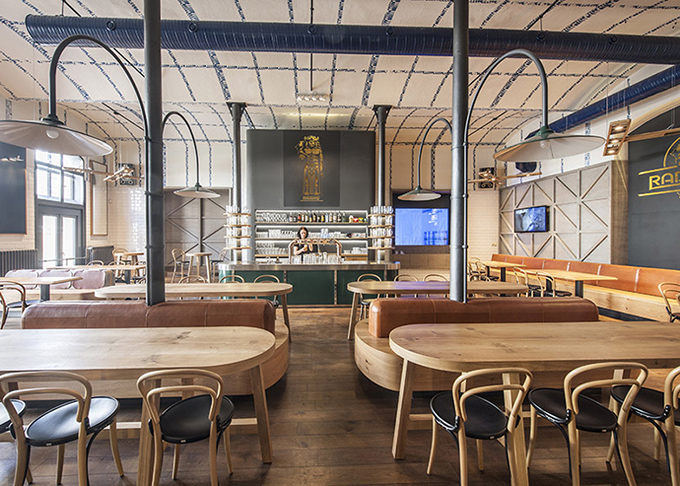 His beer bar at Brandýs nad Labem (near Prague) for Radegast is the first of a potential chain of bars for the famous brand. Radegast is owned by Plzeňský Prazdroj best known by its German name Pilsner Urquell. 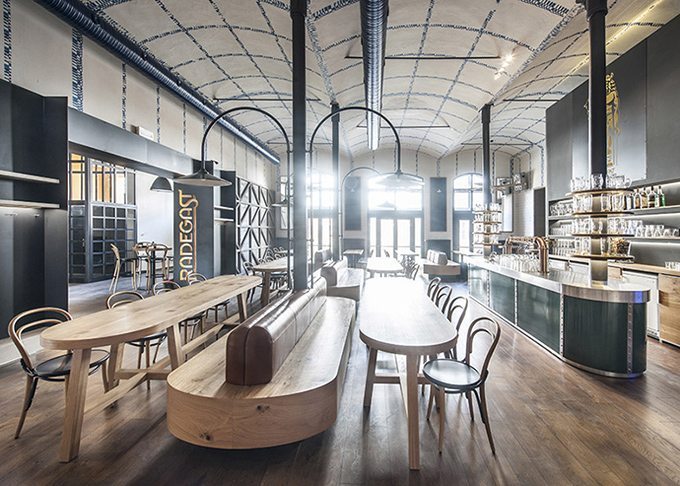 We were immediately attracted to the Old-is-New-Again vibe of the former lock factory. We love well-restored, re-purposed buildings with both an old and new tale to tell. 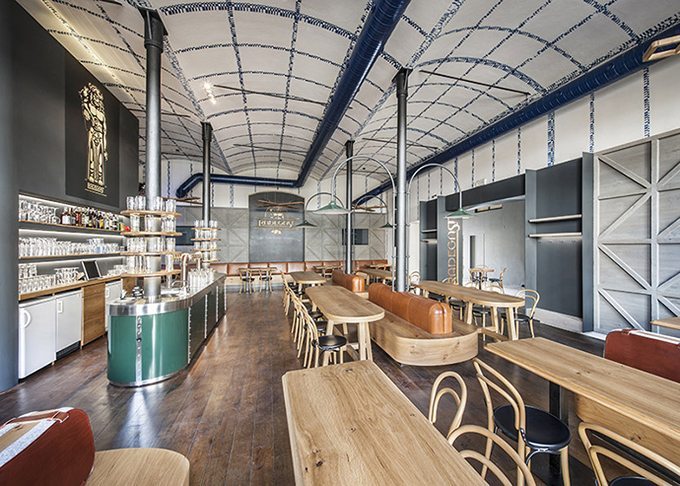 Krížek added a nice unexpected layer of tradition by using the patterns and colours of the Cibulák porcelain also known as Zwiebelmuster or Blue Onion pattern manufactured by Meissen porcelain since the 18th century.

The rounded shape of the onion repeats nicely in the tables, chairs, lamps, vaulted ceiling and even the exposed AC pipes. – Tuija Seipell 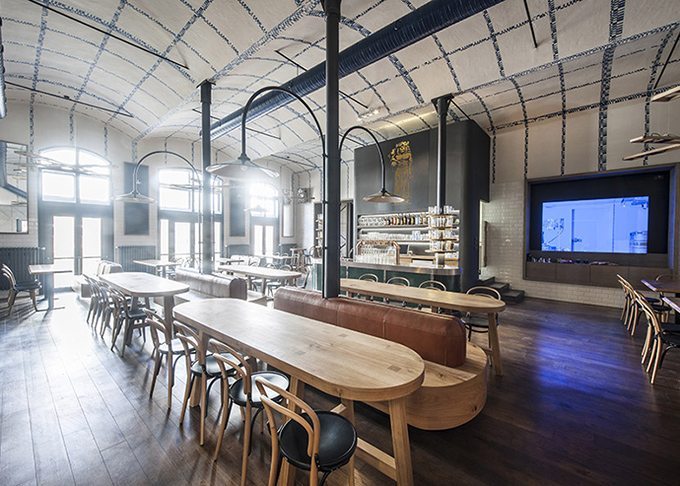