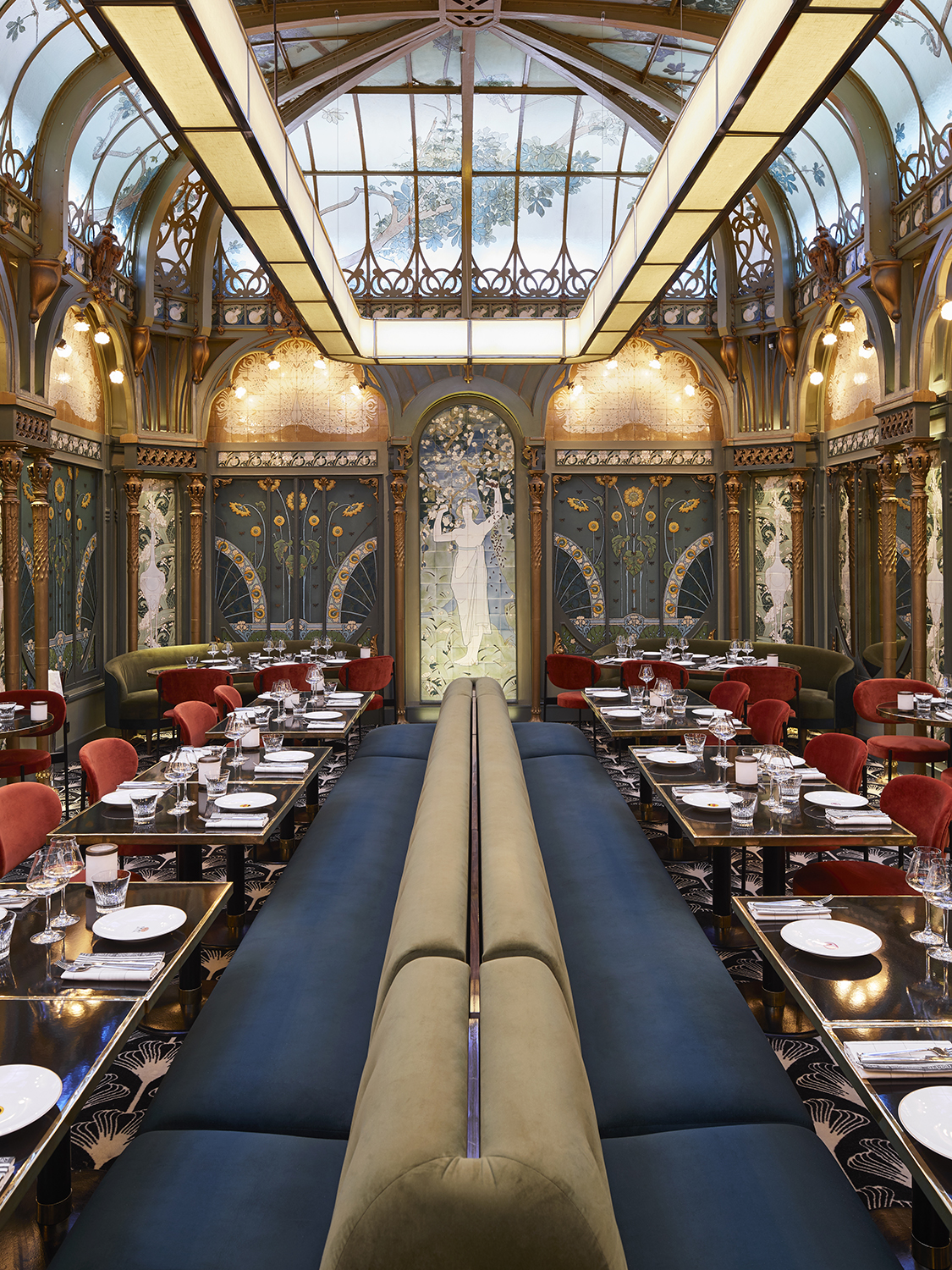 For those of us more comfortable in minimalist settings, a richly ornate interior can quickly seem like a blur. Just too much of everything.

Yet, we also love restorations, sensitive and intelligent repurposing of spaces and buildings that have their own intriguing histories and possess that elusive patina that is impossible to fake or create from scratch. And when a restoration works, we can forget all about minimalism. 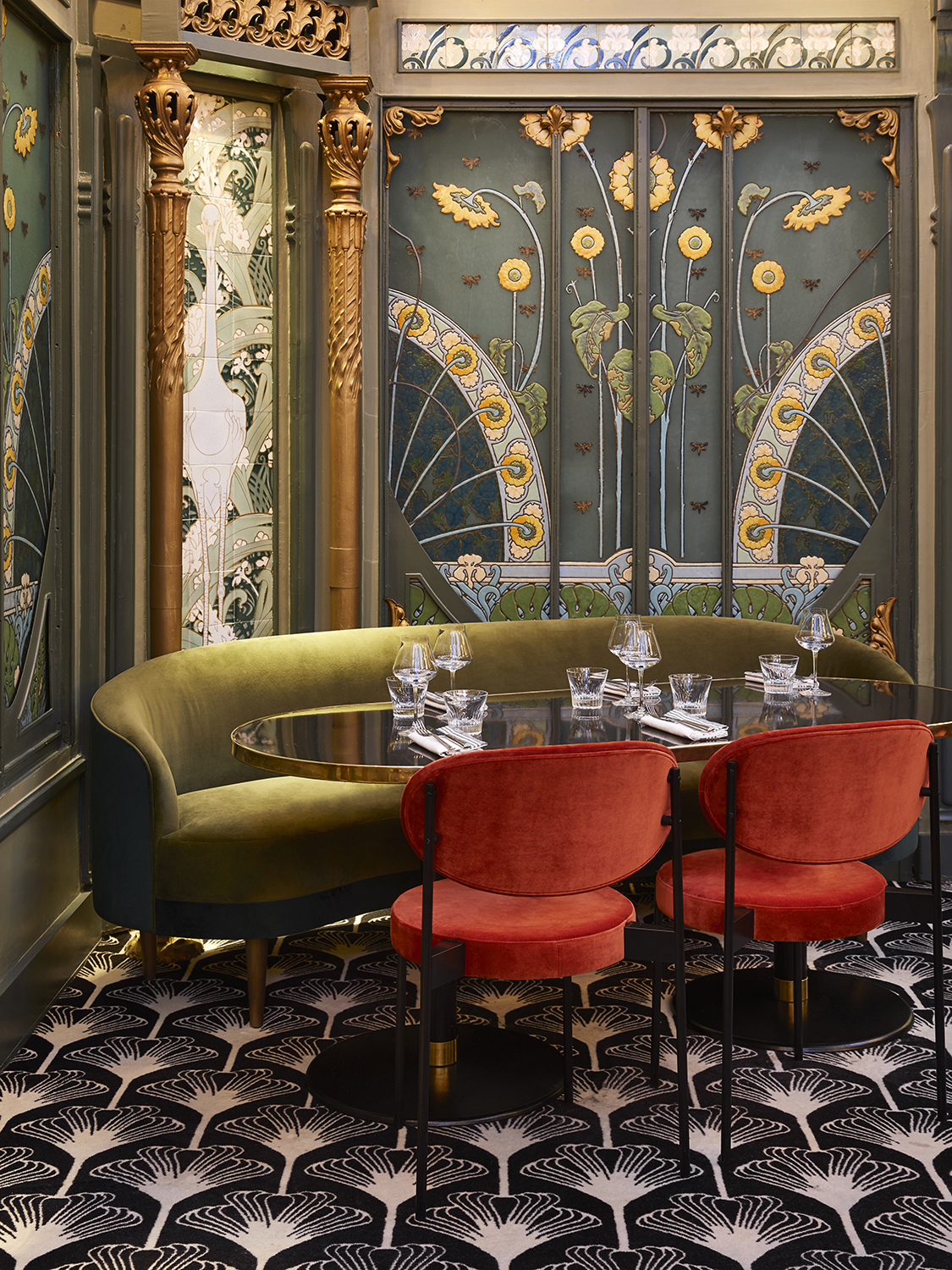 Beefbar Paris is definitely not minimalist but it is a restoration that works. The richness is an asset and the environment is believable, not fake or excessive. 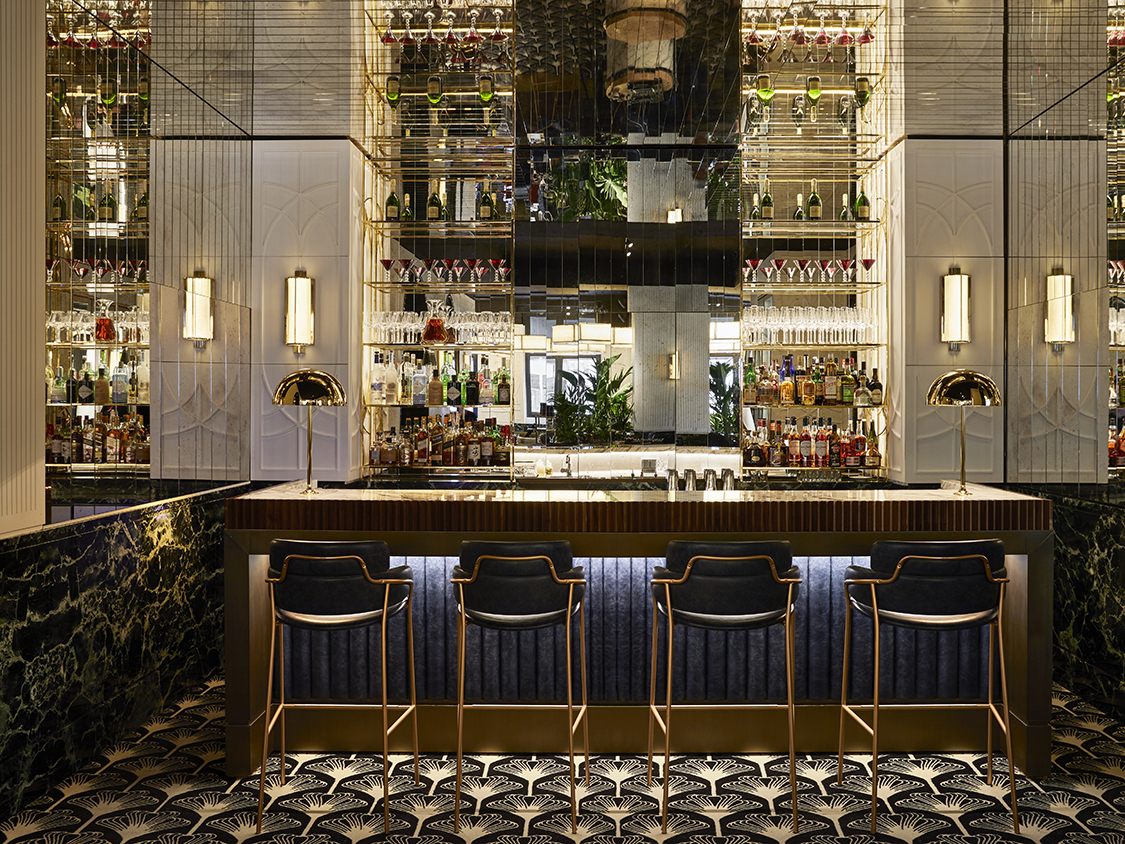 Beefbar Paris is Monaco-born restaurateur Ricardo Giraudi’s latest restaurant – apparently his 15th in total. It is one of three Beefbars opened this year, the others being in Dubai and Mykonos. If we are counting correctly, the total Beefbar count is now seven, with Luxembourg, Riyadh, Rome and Tulum lined up next.

Although the Beefbar ethos initially included ‘refined simplicity’ as a characteristic, in this magnificent Parisian restoration, Giraudi and Emil Humbert and Christophe Poyet have definitely abandoned any attempt to embrace simplicity. 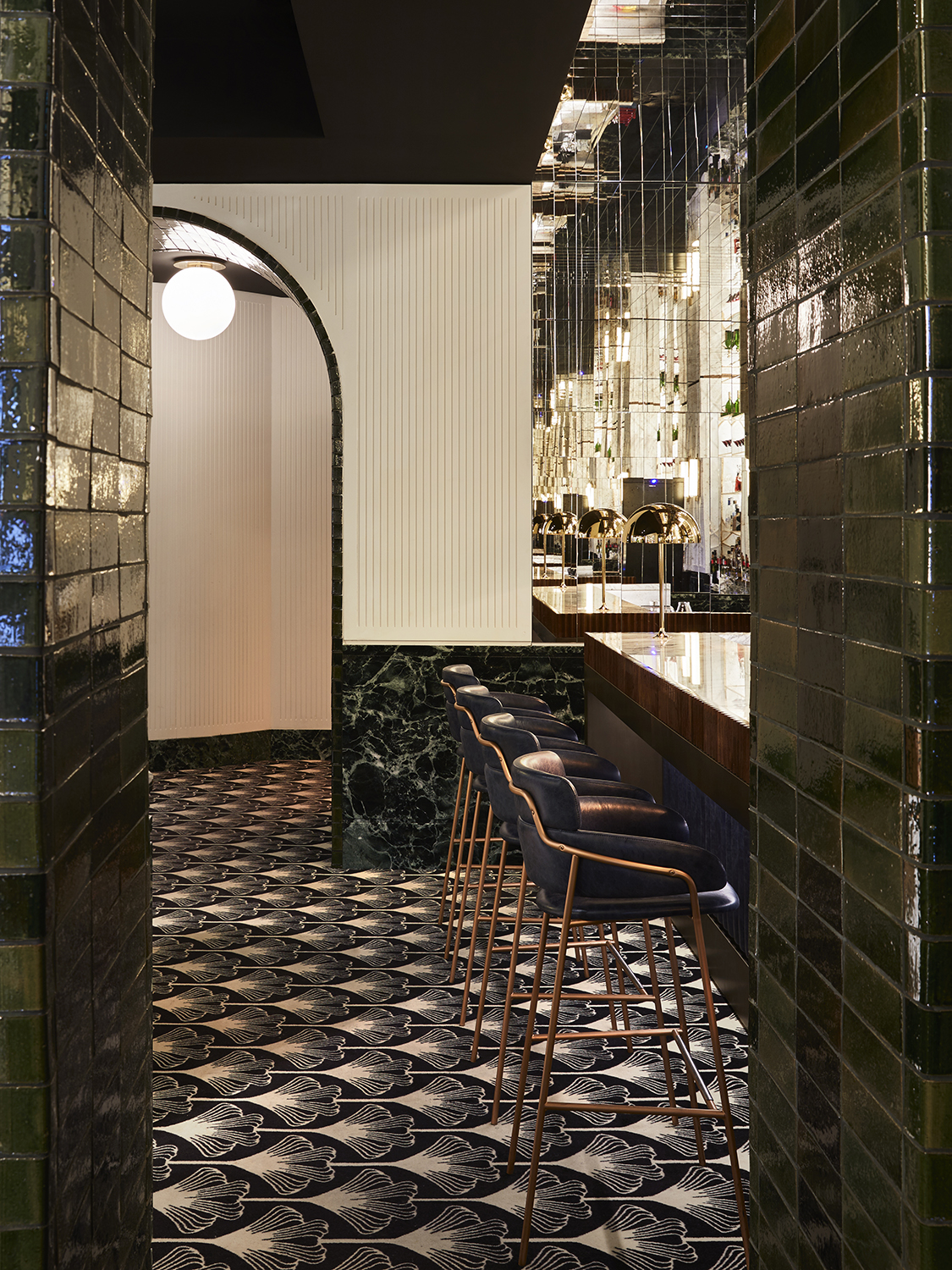 Humber and Poyet are the founders of the Monaco-based Humbert & Poyet who have previously designed Beefbars in Hong Kong, Mexico and Monaco.

In the Paris edition, the trio has focused on another aspect of the initial Beefbar ethos: Daring. Located in the 8th arrondissement, within views of the Eiffel tower, Beefbar Paris is nothing less than the rebirth of an Art Nouveau masterpiece created in 1898 as the Lamgham Hotel by architect Emil Hurtré with breathtaking walls painted by Jules Wielhorski. 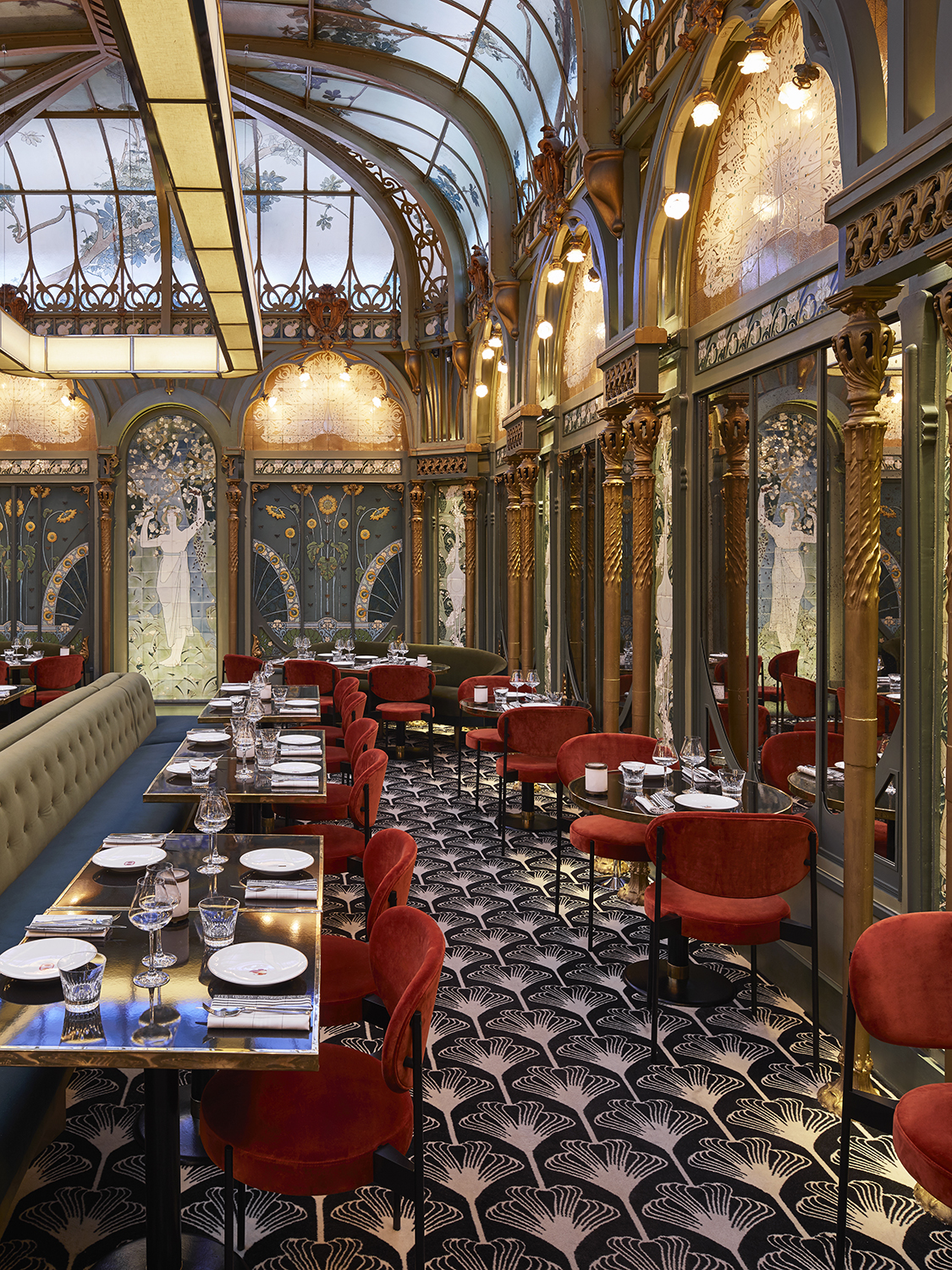 The space was walled up during World War II to protect it from the Nazis and then forgotten till 1983 when it was registered as a historical monument and forgotten again.

In their daring, the trio has now taken on the challenge of brining a dilapidated, protected project to productive and elegant use in today’s Paris.

The restoration of both the paintings and the architectural detailing was first in order, followed by adding the strong colours and modern furnishings that would fit the Art Deco environment perfectly. 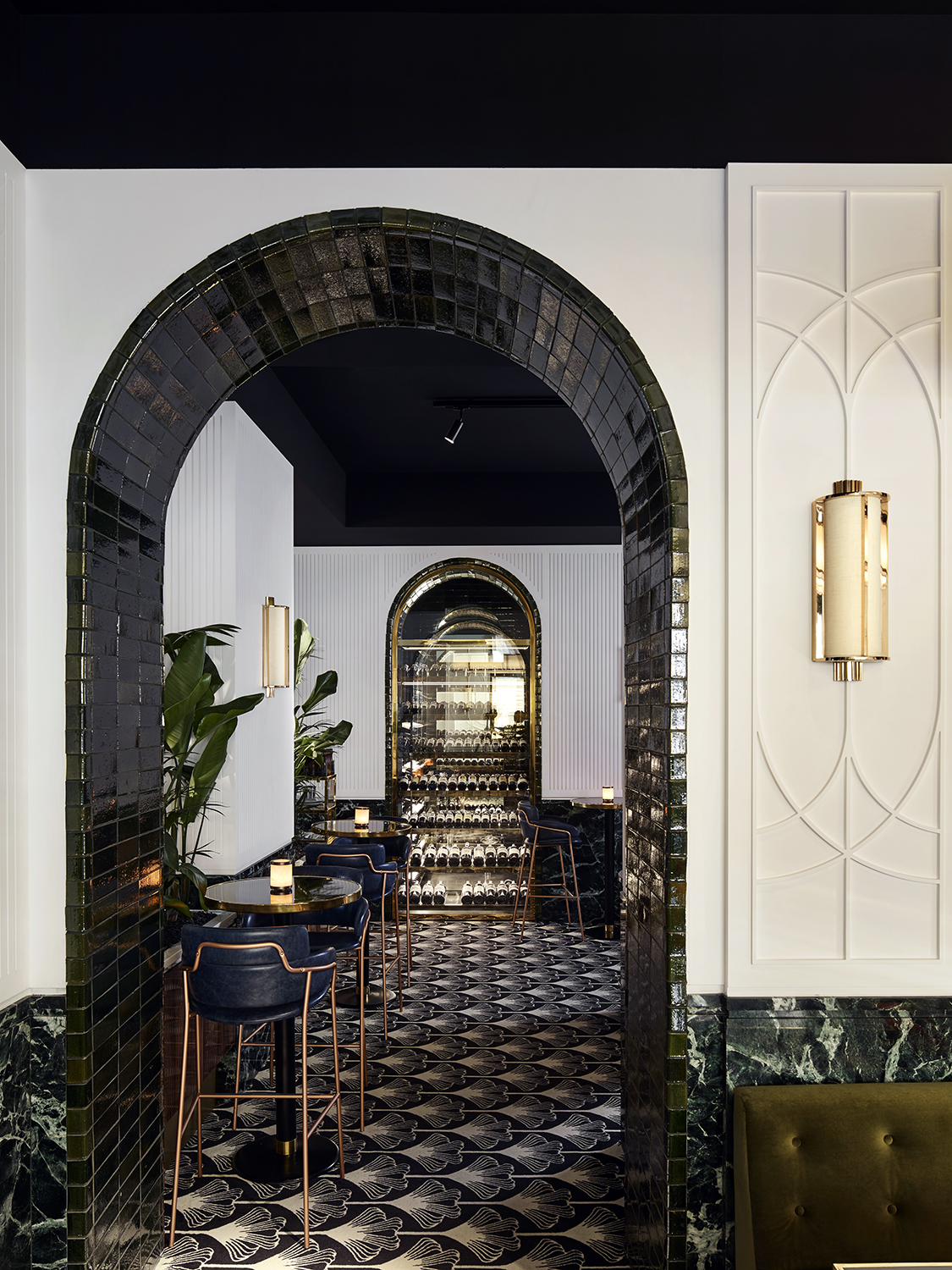 It is a stunning feat that deserves the attention it is already getting. Since 2005, when the first one opened in Monte Carlo, Beefbars have become meat eaters’ luxury destinations. The Paris edition takes the Beefbar story to another level with its strong statement of preserving what is already great in design and architecture. Tuija Seipell. 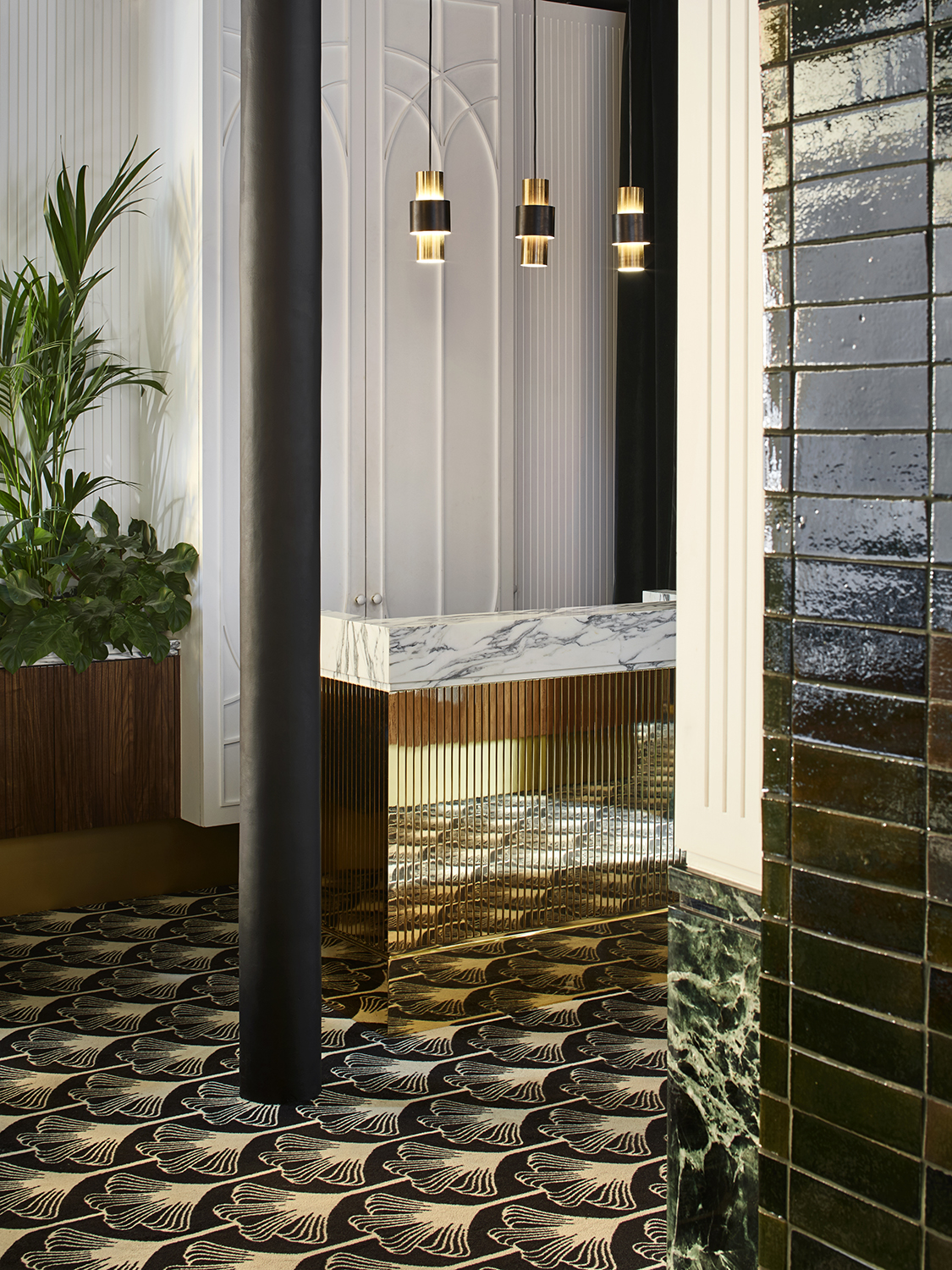